Winging It: The Adventures Of Indiana Frog: Starting the Temple Access Tunnel

Now that I have a big rolling rock the next thing I wanted to do in creating a "round rock chasing Indy through the ancient temple access tunnel"diorama in which to make an image with my Kermit The Frog/Indiana Jones hybrid action figure, was to start roughing out the tunnel. (say that sentence 5 times fast!)

I carefully measured (read: eyeballed) the figure and determined that it was about 5 inches tall, and the tunnel should be about 4.5 inches wide.  This seems adequate for my needs.  The image I have in mind is going to be more tightly framed than the screen shot from the movie I am basing it on, so I don't need as much space.  I want to ensure I leave enough to give the impression Indy-Frog can run down the tunnel unimpeded, but still include some of the details on the side of the tunnel.

For reference, the screen shot I am using is here: 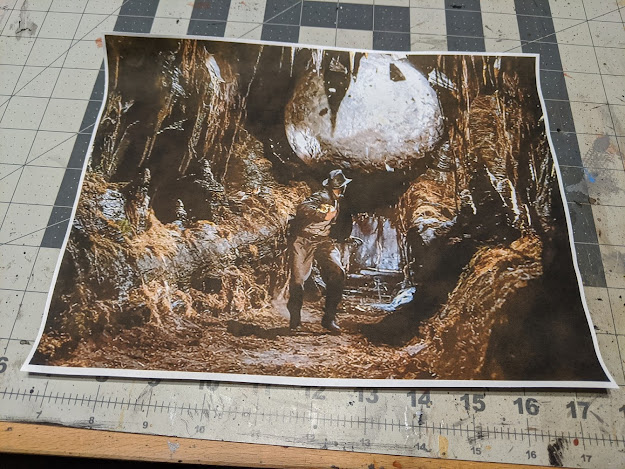 I figure the best course of action is to build the rough shape of the tunnel out of foam, then cover it in some sort of drywall putty, or other sculpting material to get a more authentic rock experience.  I likely only need the floor and sides tho, as the shot doesn't show the ceiling.

Looking at the photo it looks like the foreground has a sloping sides, and the tunnel widens a bit.  The background is a longer darker tunnel.  So I figured I'd tackle this in two parts.

I started by cutting out a base, and drawing in where the tunnel should go. The total width is 10 inches, with 4.5 inches in the middle. 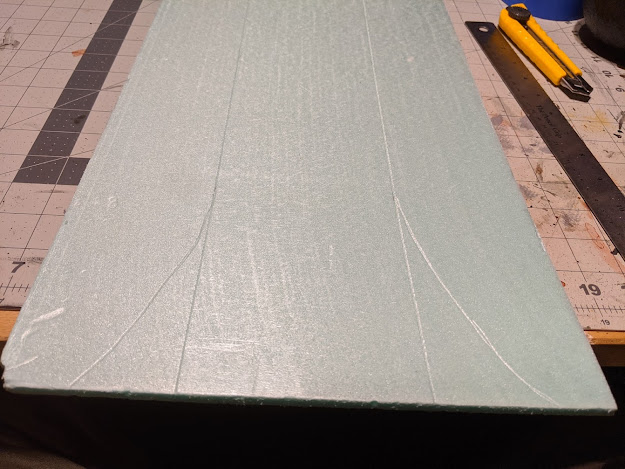 To build up the sides I cut out strips of extruded polystyrene foam, tapered in the right places, and built up the sloping ground in the foreground.  Glueing them in place with a hot glue gun.    I then filled out the back with scraps of foam from my "pile of leftover bits" from previous builds. 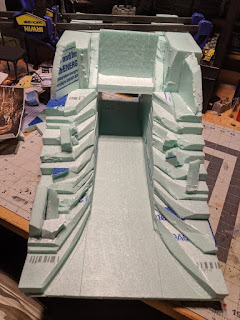 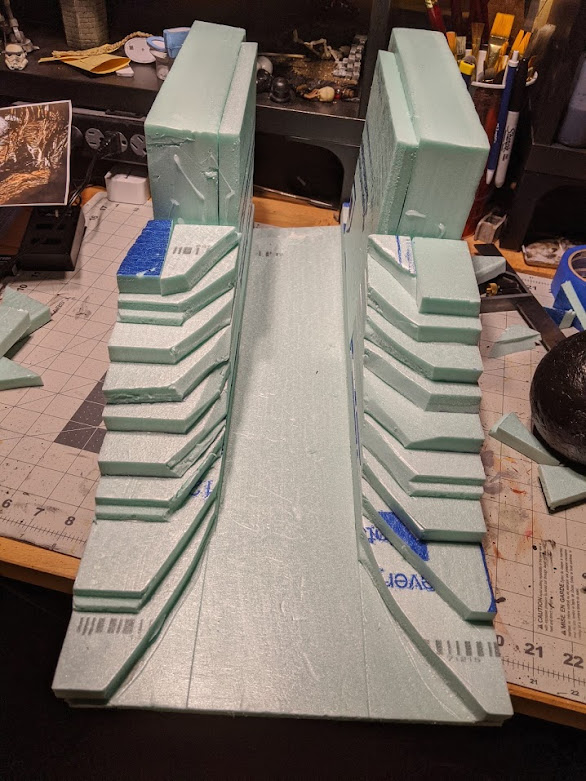 I also took some scraps of foam and glued them to the foreground bits. They should make the basis of a rougher ground.  I also carved the edges of each foam later a bit to give it a more smooth organic feel.  Its not perfect, but the next stage should cover all that up. 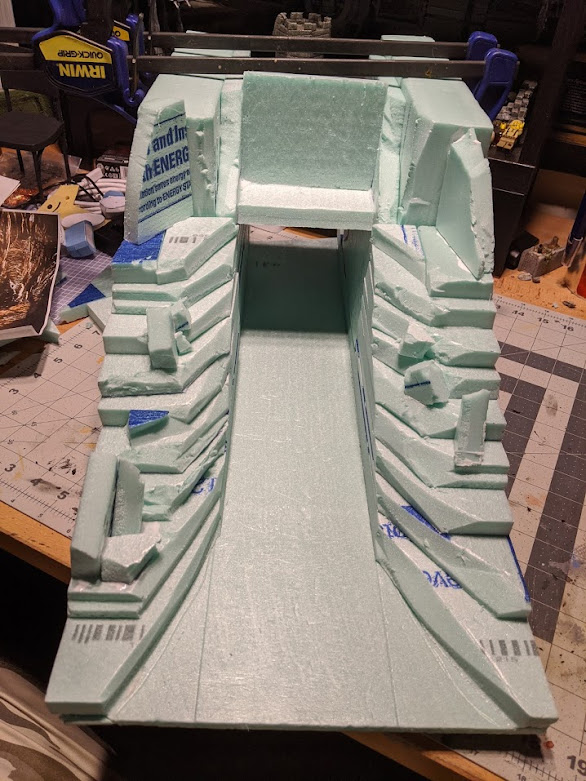 Now its time to slap on some putty stuff over everything to make the rocks of the tunnel.  While looking around my studio I found a bag of Sculptamold that I thought would be good for this.  Sculptamold is a cellulose fibre based compound that slaps on like clay, and sets up like plaster.  Seems perfect for this.  So I mixed up a batch and slathered it on.  It looks like this unholy mess: 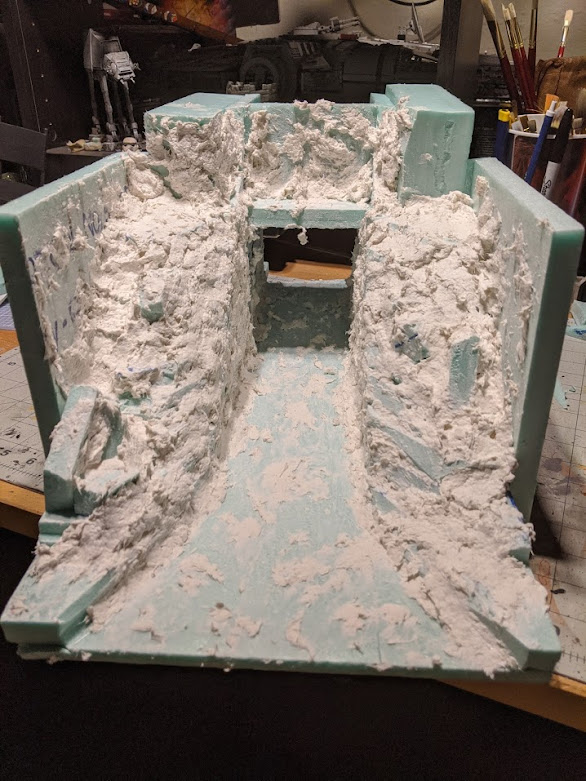 So I learned a few things.  Sculptamold sticks very well to itself, but not so awesome to smooth foam.  It also looks like a good texture that should sell as rock and dirt once painted.  I am going to need another coat of sculptamold to finish off the floor, but for now it will do.

You may also notice I added some walls to the foreground.  I did this as when I framed up the scene in my camera I noticed some spill-over on the sides, and the wall should fill in the edges quite nicely.

Time to let it dry and take a break.
Posted by Dave DeBaeremaeker at 8:23 PM