Photography Scavenger Hunt Round 29: Round

This is how I built the world for the word "round."

The concept was the knights of the round table.  As I remember the story, all the knights at the round table would place their swords on the table, facing in, as a sign of... whatever the sign was - I am not a knight - I don't even play one on the Internet.  At first I envisioned a simple scene of a wooden table with swords facing inwards.  I then expanded it to show a kingly figure at the far end of the table.

When I went looking for sword props online I soon realized that the only good looking miniature swords were from Game of Thrones.  I bought a bunch of those.  It did trigger the thought of mixing the King Arthur legend with Game Of Thrones, and having the round table be in front of the Iron Throne.

Of course, being me, Deadpool would be the king, and while all the other swords were medieval ones, his swords would be his classic katanas (fun fact, they are named Bea and Arthur).

I set about building a round table out of XPS foam (my diorama weapon of choice).  I needed a rather large table - about 18" to accommodate the swords, which are themselves about 8" long.  Making circles is hard, so I had to improvise a jig to get something close to a circle (it ended up working well, over all). 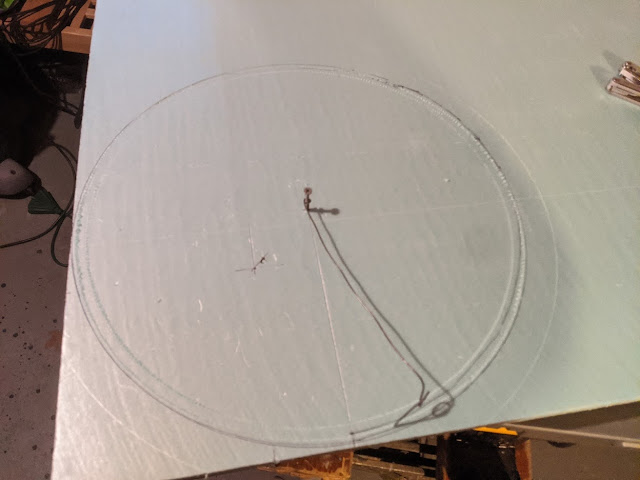 Once I had the table built, I needed to kingify Deadpool.  I started by making a crown, based off of King Joffery's crown from Game of Thrones, out of cereal box cardboard (Shreddies, if you must know) and some metallic paint. 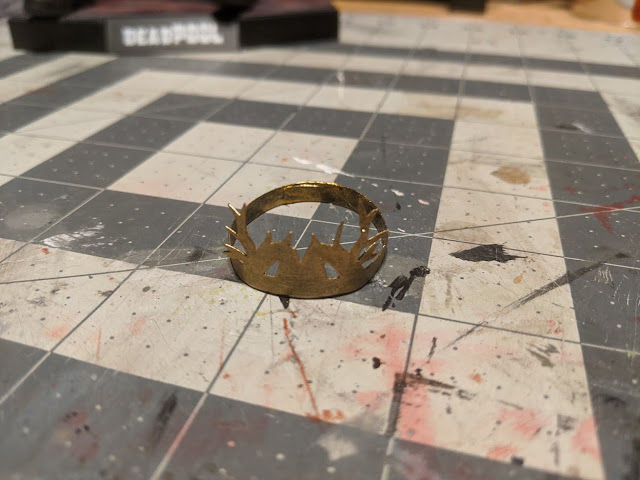 I then raided (by raided I mean asked nicely, and was given) my wife's stash of fabric for some faux-fur to make a kingly robe. I didn't have to worry about everything, as the shoulders is all that would be in the shot. This is what I managed to create.  For scale, the Deadpool figure is 12" tall: 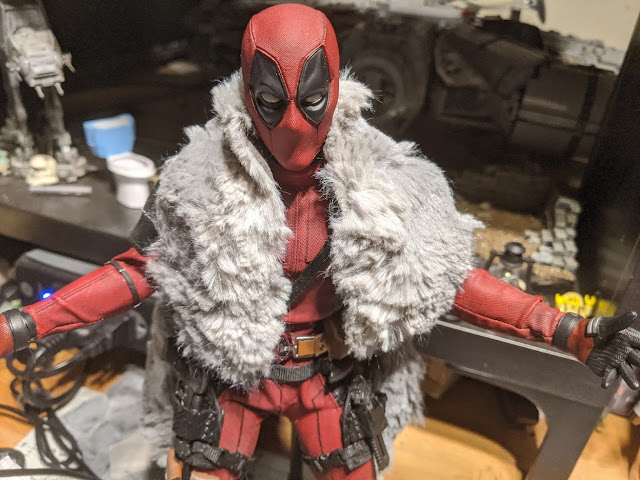 The it was a simple matter of setting up the scene in front of my TV, and having it display a screenshot from the show showing the throne room.  I set up some lights on stands over the models.  I also tossed a Lume Cube on the top of the TV to add some back light. 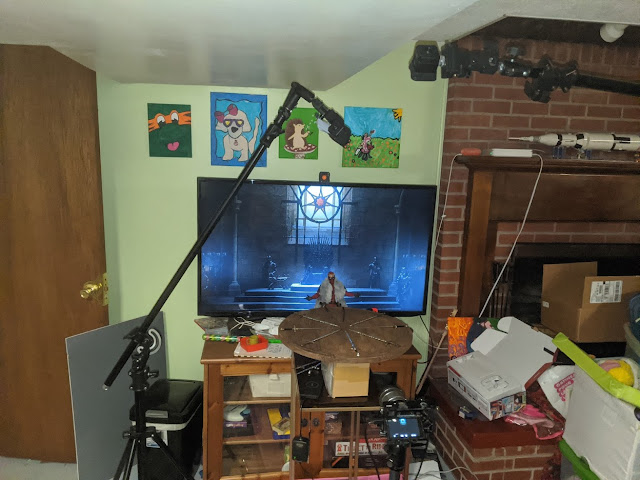 The light placed on the TV provided some interesting properties in that it caused flaring on the lens that looked like sun rays.  I decided that this was a happy accident and kept them for the final shot, composing things so the rays looks like they were coming through the window.  This is the straight out of camera shot I submitted to the hunt: 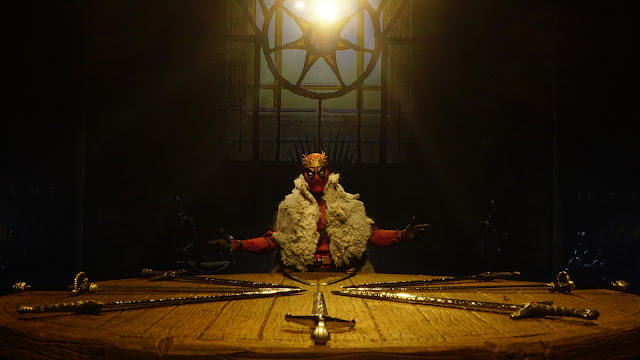 I was pleased with how this came out, but I knew some Photoshop magic would really bring this image to life, so as is my custom this hunt, once I submitted the SOOC image, I processed it further to give the image my own personal touch and style.  This is the final result: 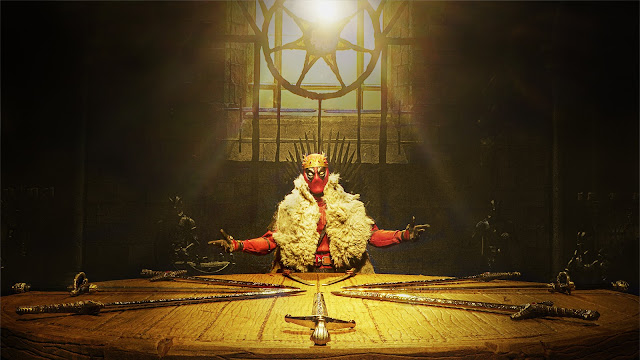 Interesting fact, the first concept I had was an android holding the moon. However I had no idea how to create that in the real world with the tools and time available to me.  I did create that shot using Photoshop tho. It looks like this: 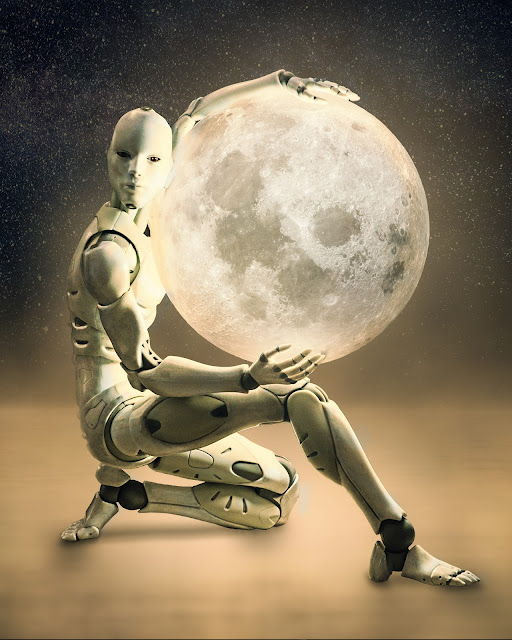 Posted by Dave DeBaeremaeker at 10:20 AM