This is a behind the scenes of my "wheel" shot for the 30th round of the Photography Scavenger Hunt.

I had two ideas for this shot.  One was based around a captains wheel of a ship. The second was a caveman riding a single wheel, ala the old game BC Quest For Tires: 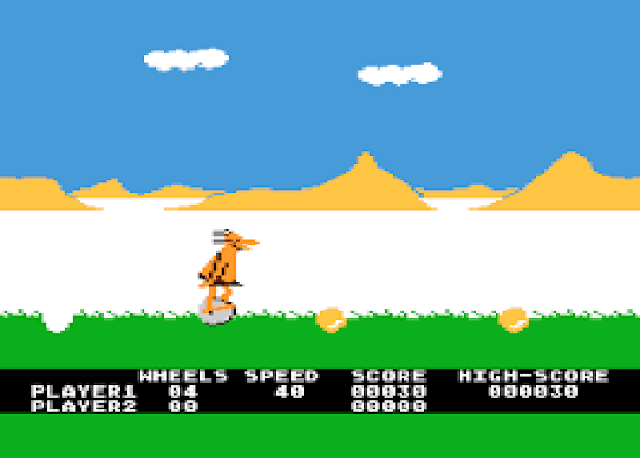 The caveman shot interested me a lot more.  I had an idea of shooting it really down low so the tire was big in the frame, and the caveman was riding above it.  To add some surrealism I envisioned the caveman holding a cell phone - kind of a hipster caveman.

I went in search of a caveman action figure and I came up empty.  There simply are not any available, and as near as I can tell there never has been.  At least not any I could find.

My next step was to see if I could 3D print one, so I went off in search of a model I could print.  I didn't find any good candidates either.  I only found one caveman type model, but it was in a weird T post with his arms sticking straight out to the side.  Not exactly useful.

I figured I could use some 3D editing software to change the pose, but I have very little knowledge of how to use this software.  3D software is incredibly complex, so I had a steep learning curve ahead of me.

In the mean time I decided I'd work on my other idea.  I knew I could make that work.  Then I'd see which one I liked best and go with that.

My idea for the ships wheel was to have Deadpool dressed as a pirate (they released such a figure last year), steering the ship, in a dramatic pose.  The wheel would be center in frame since that is the word I was trying to emphasize.

I also happened to lack a ships wheel, but that was something I knew I could fix in many ways.  At worse I could carve one out of wood or foam.  However I lucked out and found a model I could 3D print.   Which I did. 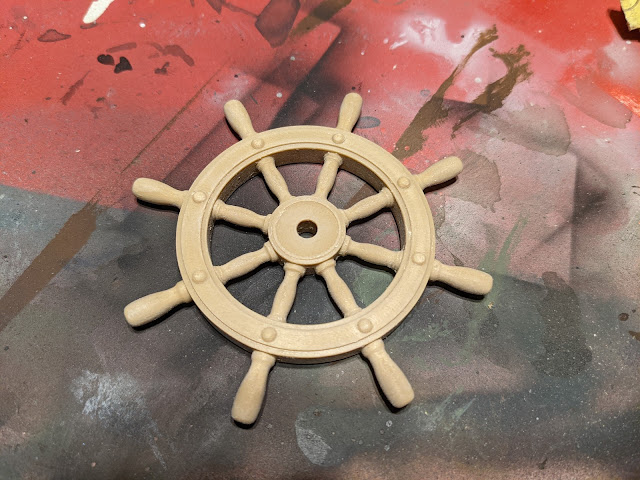 Once I painted it up to look aged and worn from a life at sea, I set up a shot. 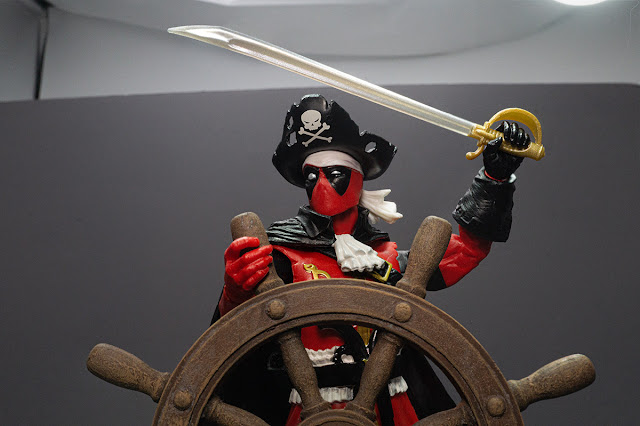 On a whim I decided to turn this image into a fake comic book cover.  I love making comic book covers, and this seemed like the perfect fit.  So I make everything look comic-drawn, and added a title. 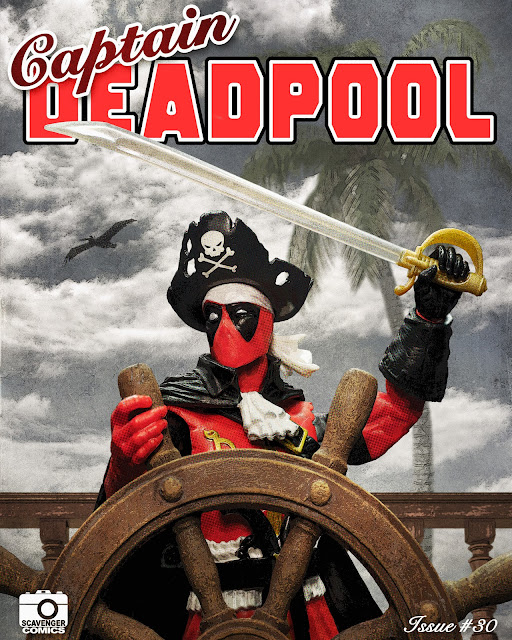 Back to the caveman shot.  After a lot of research and tutorial watching I did finally figure out that a) I could take a model for a 3D printer and export it into 3D software, in my case Blender, and b) I could manipulate it into any pose I want.  I'll spare the nitty gritty details of it, but it basically involves creating an armature - think a very basic skeleton that defined the parts that move - back, neck, hips, upper arms/legs, lower arms/legs, feet, hands etc.  Once I had that and linked it to the model I could pose the armature and the model would follow suit. 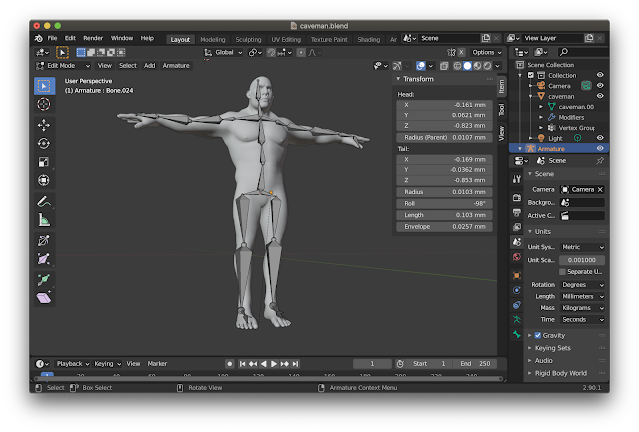 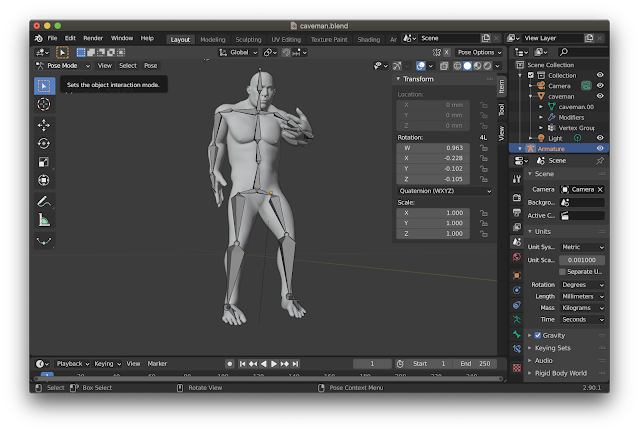 Once I had that figured out, a bit more research led to how I could export the properly posed caveman model as something I could 3D print. 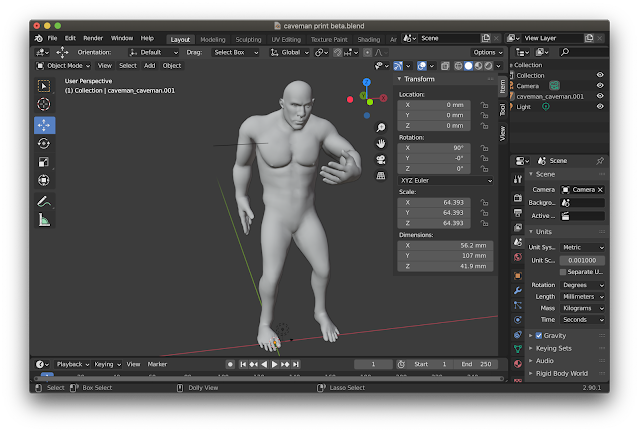 Then I printed it off. 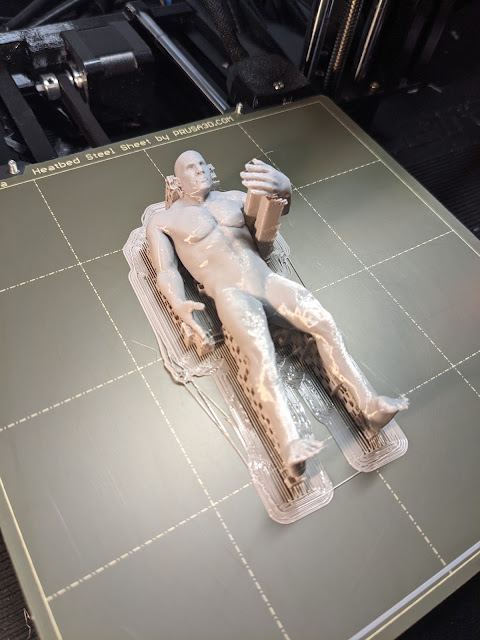 To finish it off I painted him up.  Then I fashioned a basic cloak out of faux animal print fabric my wife gave me from her quilting stash,  Then I made a wheel out of foam and a BBQ skewer.

Once all that was complete I finally was able to photograph it.  This is how it looks straight out of camera... 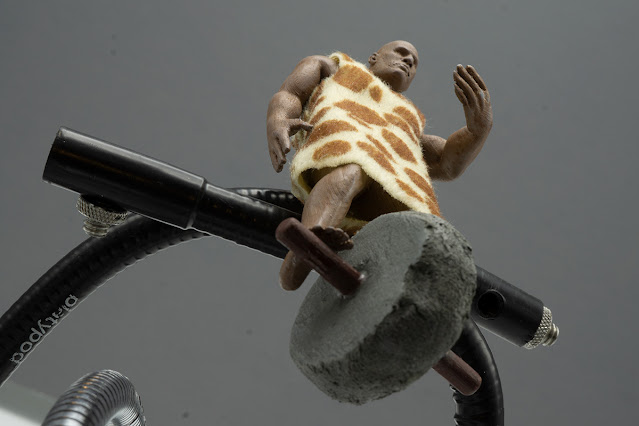 ... and this is where the story abruptly comes to a halt.  It turns out my idea wasn't working as well as I envisioned,  The print had a lot of rough parts.  This is normal for 3D prints but in both my haste, and my newbieness with 3D printers I didn't spend enough time cleaning it up properly.  All these defects were very obvious when the image was full resolution on my main monitor.  I also couldn't get the cell phone to look right.

Long story short I decided to abandon the caveman idea, and my backup shot, pirate Deadpool, won the day and was submitted to the hunt.

At least I learned a whole lot about 3D printing and expanded my creative toolbox.  Next time I'll be able to do a much better job.  Live and learn!
Posted by Dave DeBaeremaeker at 7:32 PM