This is a behind the scenes of my "warming" shot for the 30th round of the Photography Scavenger Hunt.

After a wee bit of brainstorming to come up with ideas I ended up reminding myself of a shot I already wanted to do.  I have a Kermit The Frog dressed as Indiana Frog action figure, and I used it to recreate the rolling ball of death scene from Raiders.  I've always wanted to recreate another shot from Raiders, which was when the Ark of the Covenant was opened by those damn dirty Nazi's and the wrath of God melted them.

So, step one:  Obtain the Ark of the Covenant. It's only been missing for thousands of years, so how hard can it be?

Not hard, it turns out.  Just a couple days of 3D printing, and some gold paint: 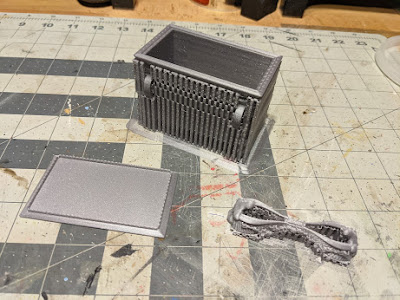 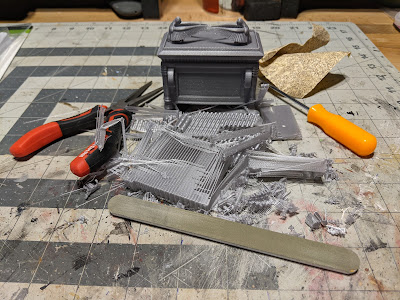 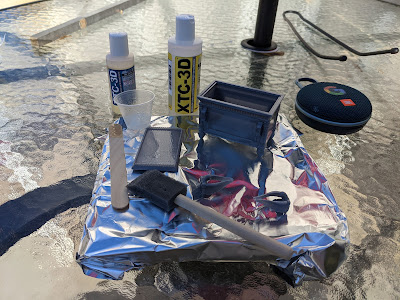 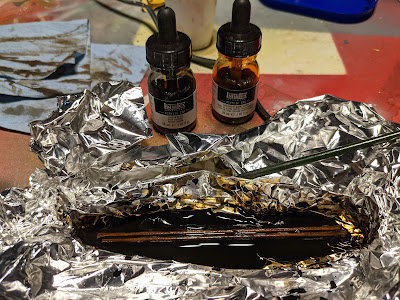 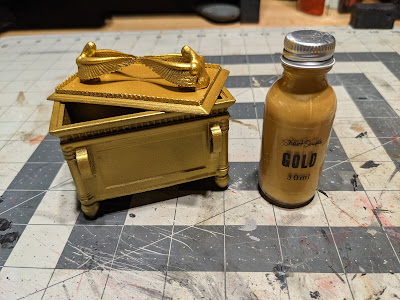 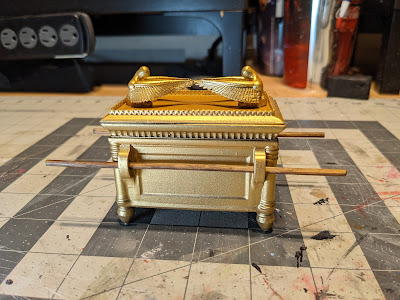 I also needed a pole for Indy to be tied to.  I went to Lowes to get a couple wooden dowels of various diameters to use as a pole.  However when it came time to actually cut the dowel I realized I could likely use the paper towel tube I already had on my desk.  So I did. I also added some drywall putty to give it some old wood textures (Also, I now have extra dowel.  If anyone needs any, let me know).

Once all the props were painted and dried, I set everything up and shot it in my lightbox: 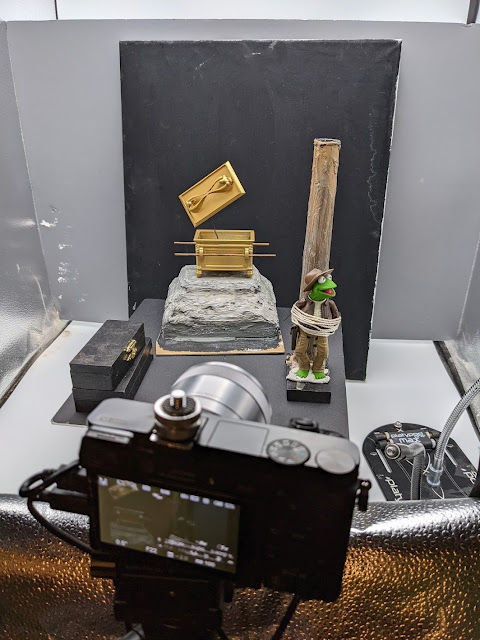 I look multiple shots with a Lume Cube in various positions to get all the right light reflections.

This was a Photoshop heavy image.  I started by combining all of the shots to get the lights. Adding the  massive burst of light from the Ark took several layers of brushes and some light leak textures: 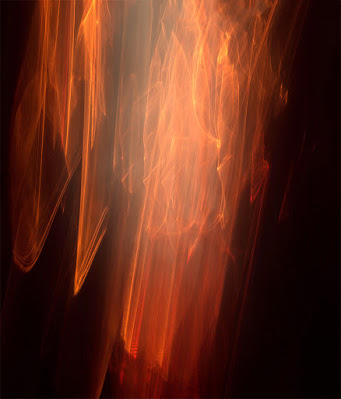 It took a while, but I finally got the flash of lights blended in a satisfactory way to capture the "Glory of Yahweh" sufficiently.  Finally I dodged and burned the shadows, and then added some general textures.

The one thing I could not accomplish was getting Kermits eyes closed.  I couldn't find an example where his eyes were ever closed.  If you are not familiar with the movie, those who look upon the ark with it being open is looking into the Glory of Yahweh, which no mortal can survive, so whoever looks at it gets killed in a dramatic flesh-melty way.  I settled for Kermit looking away from the flash of light.  Sometimes one is truly limited by the characters they chose to use in their art.

The final result is this: 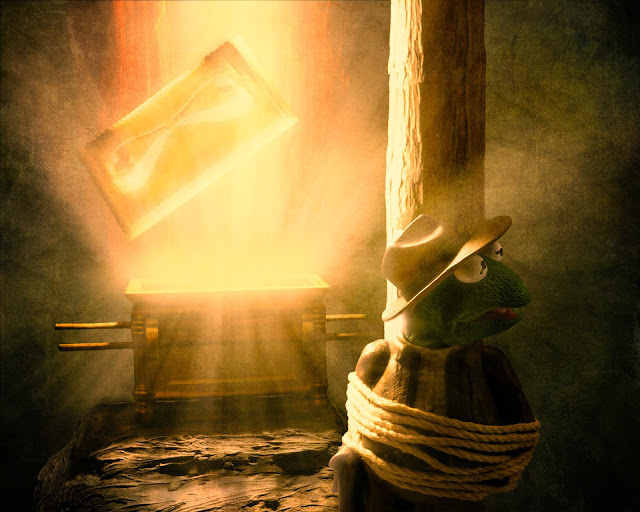 It turns out my idea for Kermit the Frog dressed as Indian jones being tied to a pole, looking away in an attempt withstand the wrath of Yahweh escaping the Ark of the Covenant was a unique idea among the entries.  Who would have guessed?
Posted by Dave DeBaeremaeker at 5:06 PM