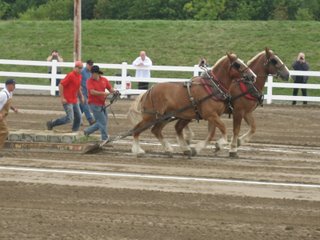 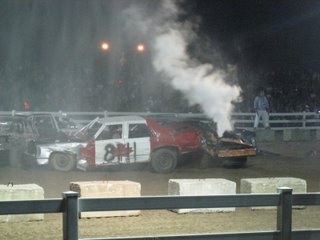 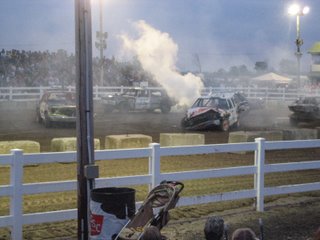 After that we went to a demolition derby. This was the first derby that I attended that did not have a car that used to belong to one of my grandfathers (no kidding!). It was an awesome show. Lots of debris, flying fluids, radiator steam explosions, and various other things that can be seen in two places... the 401, and the demo derby.
Posted by Dave DeBaeremaeker at 8:57 PM