Today was a good day to be a geocacher. 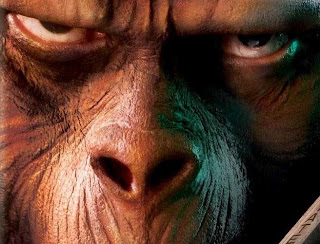 In May 2001 Paramount Pictures released a series of 12 caches to promote their latest movie:  Planet Of The Apes.  The caches contained movie artifacts, and was known as Project A.P.E - Advanced Primate Evolution.

Cachers around the world know them simply as the APE caches.  They are part of the holy trinity of caching known as the Triad, which included the original stash, Groundspeak HQ, and one of the APE caches (typically the Seattle one).  I found Groundspeak HQ and The Original Stash on previous trips.  I was looking forward to completing the triad on this trip.

Two months ago there were only two APE caches left, one near Seattle WA, and the other in Brazil.  A couple months ago the Seattle APE, known as "Mission 9: Tunnel Of Light went missing and was archived.     Since a trip to the Brazilian rain forrest was practically out of the question it looked like I would never get the chance to complete the triad.  Luckily for me a week ago a cacher released a new cache in the same spot as the APE.  Same experience, just a different cache ID.  The APE was back, and today I completed the triad. 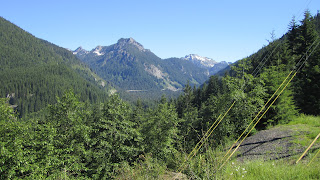 I met up with a fellow cacher I met on IRC by the name of WeightMan, and together we hiked the 6.75 miles worth of trails through the amazingly beautiful Cascade mountains.  There are two trails that lead to the APE... a walk through cedar woods called Annette Lake Trail, and the Iron Horse Trail.   We left one car at the Annette Lake trailhead, and drove to the Iron Horse trailhead and did a one way hike.

Now the astute readers among you may have noticed that I didn't describe what the Iron Horse trail is like... you may also have wondered why this APE is called Tunnel Of Light.

So to get from the Iron Horse Trailhead you have to walk about 3 miles... most of it underground.  Most of that path is done by walking through an old train tunnel called the Snoqualmie Tunnel.  It is 2.25 miles long, and (mostly) straight as an arrow.   As you enter one end you can see a small speck of light at the other. That spot of light is the exit.

The coolest part of the tunnel was that there is a cache half way down it.  I've never done a cache where GPS signals were not available.   Very cool :)

Once we escaped the tunnel we still had about a mile to hike to get to the APE.  The trail was very smooth, and snaked along a ridge line overlooking a valley.  The sky was clear, the air nice and cool.  Couldn't ask for a more perfect day for hiking and caching.  Along the way we grabbed a few more caches. 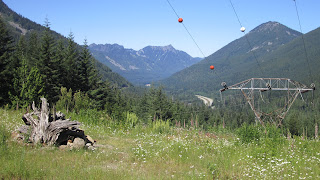 The APE cache itself is a large ammo can, and to this point is the largest ammo can I've seen.   I'll spare any more details of the cache itself to avoid spoilers (cachers from around the world come to do the APE, so its quite possible they may read this blog before attempting the APE), except to say that the view from the cache is simply amazing, and the hike is worth it for that alone.  The cache is really just icing on a really delicious cake. 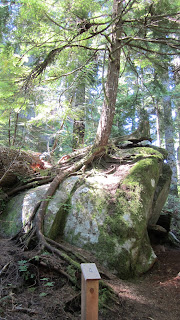 The cache was also WeightMans 1900th find.  Congrats man!  I also released my first travel bug, Alberta The Uber-Moose Of Science, to the public at large.  Travel, little moose, explore the world!

After the APE we continued down the Iron Horse Trail, and took a right turn onto the Annette Lake Trail.  About half way down this trail is another cache called The Rocket Cache, which contained, what I assume, is an ammo can that used to house rockets, making this one the largest ammo can I have seen to date :)

We eventually made our way back to the cars and WeightMan and I parted ways.  I headed back to Renton WA and attended the Washington State Geocaching Associations (WSGA) Summer Picnic event.  I spent the afternoon eating hot dogs, meeting new cachers, and doing group hunts for the caches in the area.  I also met TotemLake, another cacher I met online.  It was a heck of a way to end a perfect day of caching in Washington.

All in all, it was a great day to be a geocacher.


Posted by Dave DeBaeremaeker at 12:48 AM