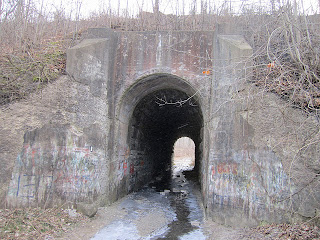 Niagara-On-The-Lake, a small community in southern Ontario, is haunted.  Well one tunnel is at any rate.

The legend holds that over a century ago there was a farmhouse in a nearby field that caught fire.  "The air was shattered by a young girl's wretched screams as she emerged running from the fire's eerie glow. Her clothing engulfed in flames, she fled into a tunnel in a futile attempt to extinguish her burning garments. Collapsing to the floor, she died alone in its depths."

It is said that to this day, if you light a match in the tunnel you will hear the screams of the girl, and the match will immediately be blown out. 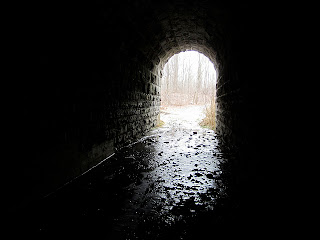 The tunnel is called the Screaming Tunnel, and with a name like that you end up begging for caches to be near by, and you would not be disappointed. There are several. Today I went with my wife and sister-in-law to attempt a multi-cache that took us through this tunnel.

The first stage of the multi is on the parking side of the cache.  We quickly got our hands on the coordinates for stage two, and headed through the tunnel.  The tunnel was full of water and ice, and we had to jump across the stream of water several times to make it through the tunnel.  Amazingly, given we have one hair dresser, one pregnant lady, and, well, me, in our party, we made it across without getting wet. 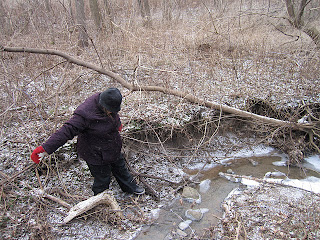 We then hiked a quarter mile in the cold wintery weather (-11c - cold enough to freeze beard hairs) to the second stage.  It was there that we ran into issues.  It turns out stage 2 is missing - we could not find it after a good 20 minute search.  A check of the logs confirmed that this stage was not found by countless others.

It was at this stage that we started heading back.  As we did I checked my GPS and noted that we were only 300ft from another cache, so off we went and grabbed it.  So we didn't get the cache we wanted, but since we planned on getting one cache, and we signed one log, we claimed victory and headed back through the tunnel to our cars.

We had survived the screaming tunnel unscathed.  Another awesome caching experience in the books.

I'll leave you with some more photos from todays adventures: 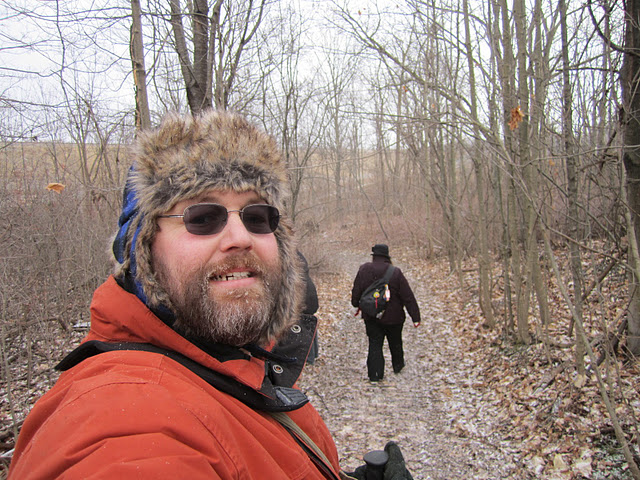 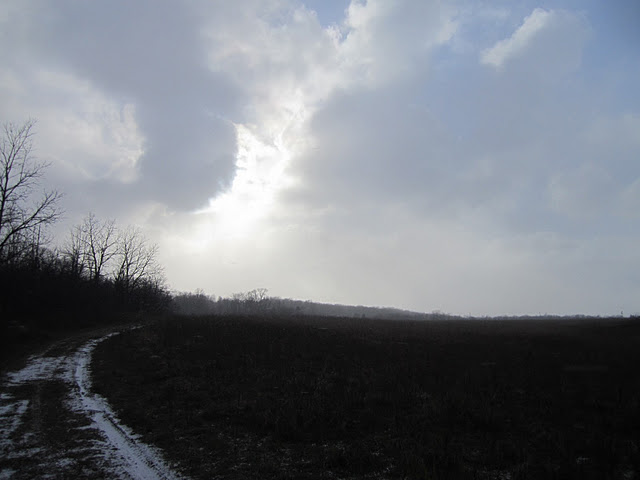 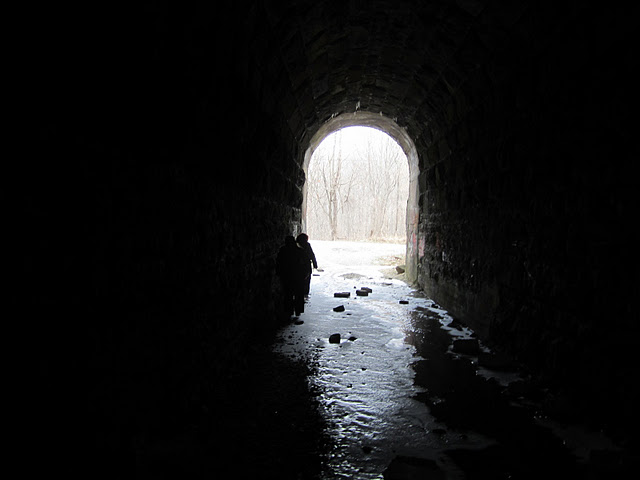 Posted by Dave DeBaeremaeker at 10:47 PM

Cool. Did you try out the myth?

@Team Geofrog. I didn't have any matches with me. Tho based on the amount of air moving through the tunnel, I suspect at least the part of the match getting blown out is true.

Man, this looks right up my alley! I would love to do this geocache. Dave, you are a lucky guy, I hope you know that and thanks for sharing with all of us. Great job and awesome pictures!