And To Think That I Saw It On Mulberry Street. 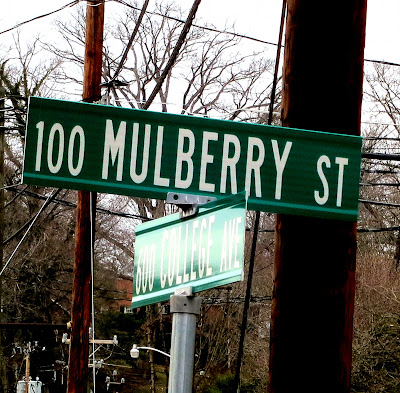 Today, March 2nd, is Dr. Seuss's birthday.  Any parent of a toddler appreciates the humour of the good doctor, so to celebrate we participated in a Dr Seuss Parade with the kids for a walk thru downtown Lenoir.

The parade started at the hospital on, what has to be the most aptly named street for such a thing, Mulberry Street.  From there 50 or so parents and adults, all dressed up in silly regalia of various cats in hats, and numbered Things.

It turns out our costume box is sadly short of Seussian apparel  so we mad due with other fun-looking costumes,such as this Mad Hatter headware sported by Ms Abigail: 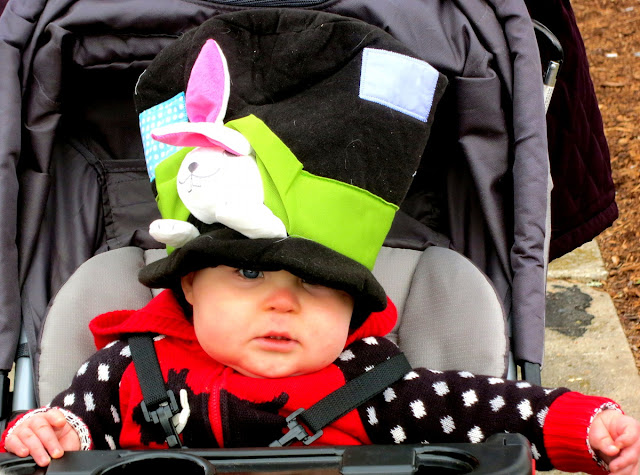 Zeke was rockin the parade (by rocking I mean trying desparately to avoid getting his picture taken) in a parrot costume, and holding a Horton, and Max (aka Grinch's dog) stuffed animals. 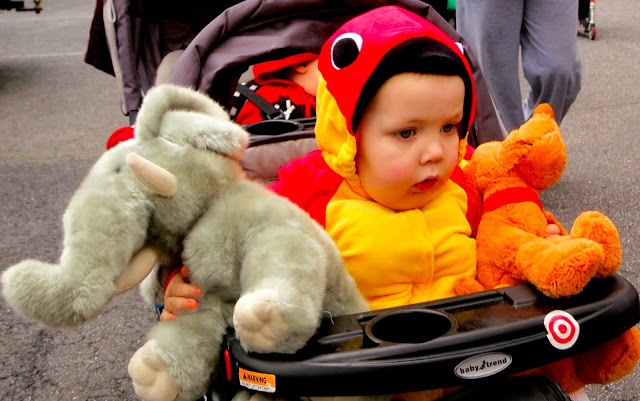 My wife was wearing a chipmunk hat that was given to us by her brother, all the way from South Korea. I had the only Cat Hat in the family, tho Debbie did have a grinch t-shirt under her jacket. We were chased the entire parade by a platoon of Thing Ones. 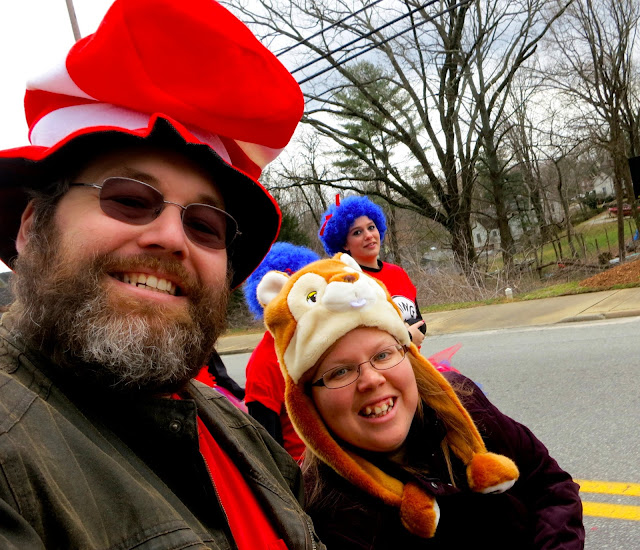 After the parade we all gathered at a local book shop for snacks, and a reading of Green Eggs and Ham, cause why not?