The following events happened in the morning on July 18, 2013 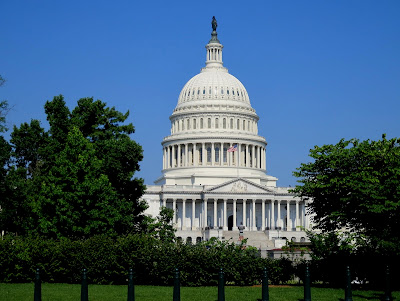 Our epic road trip has brought my family from North Carolina to Newfoundland, and almost back again.

We still have one place to explore: Washington DC.

Washington DC is probably the most densely packed place I have ever seen for sites to see and things to do, so we planned on spending two whole days exploring the place.

Washington DC is also the only place we've been on this trip that has a decent public transportation system, so we parked the Geovan of Destiny at the hotel across the river in Arlington VA, and used public transit for the entire visit.  This proved to be a sanity saver as traffic is downright evil. 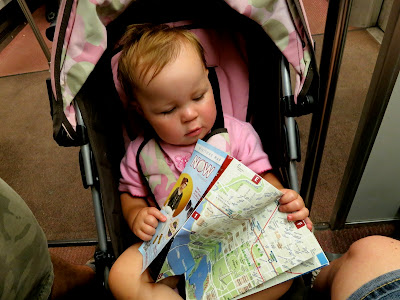 When tackling something as large and complex as a capitol city planning and logistics are of vital importance, so we immediately put Abigail in charge of the map.

Washington DC is also an epi-center for virtual caches.  As you can imagine security is a major concern given all the government buildings, and America's penchant for ticking off most of the third world (and half the free one), and hiding containers tends to make security folks nervous.

As a result the city, especially the National Mall, is chocked full of virtual and earth caches.

I decided to use the virtuals as a tour guide.  As you will read, this proved to be a great idea. In fact over the next two days I will have logged 22 geocaches, and not signed a single log book.  It is not often one can say that. 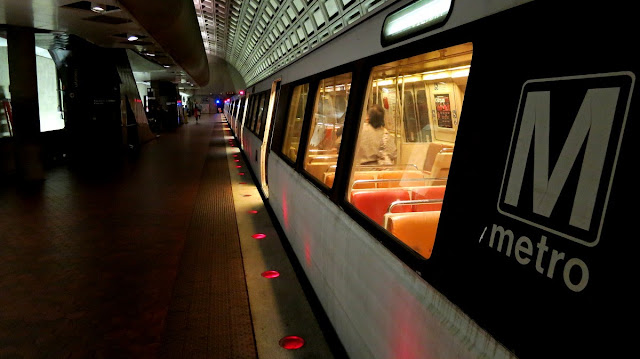 The first virtual is called I Am The God Of Leaky Caches and Soggy Logbooks, which centers around the fountains outside the oldest building for the Library of Congress.  I gathered the information required, and tossed in a Canadian quarter as tribute (its worth more than the US one!), and headed on down the line. 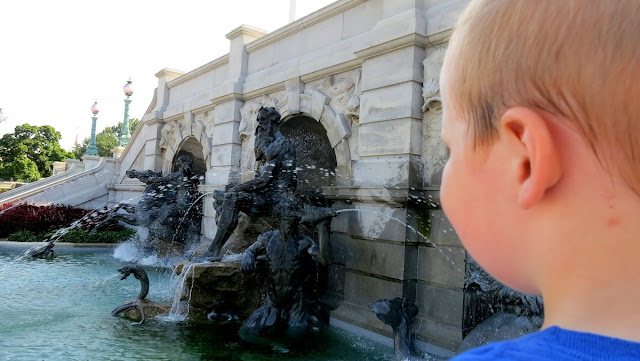 We were (mis)fortunate to arrive in DC during a major heat wave - 100f plus temps were the norm for both days we were there.  As a result keeping cool was one of our major activities.  This is where geocaching came in handy.  One of the caches near the Capitol building highlighted a mini-oasis in the middle of the city. It is a water fountain intended by the designer of DC specifically for visitors to cool off.  It is out of the way, and we would have likely never found it except for geocaching. 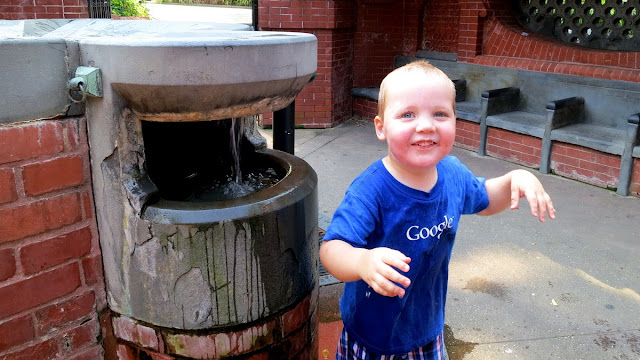 If you are not aware, the National Mall is a park (some of it a National Park) that runs from the Capitol building 2-3 miles to the Lincoln Memorial.  It is full of memorials, and the western half is outlined by buildings belonging to the Smithsonian.

The park is also used for a lot of protests and gatherings.  The following has a bunch of Falun Gong members "protesting" in front of the capitol building (why I dunno since its the Chinese government thats oppressing them - just goes to show democracy and the right to protest doesn't always lead to logic and reason).  It makes for a pretty shot, tho. 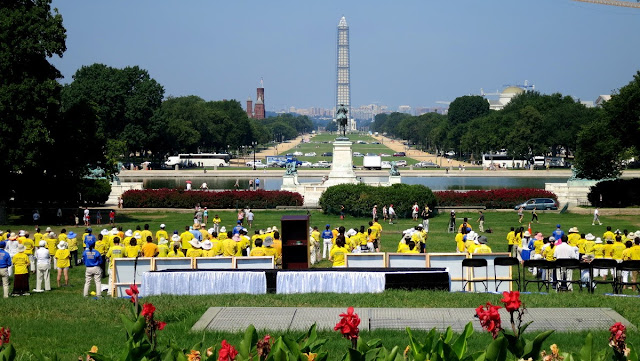 The Mall is also full of trees, which Zeke loved to climb on... 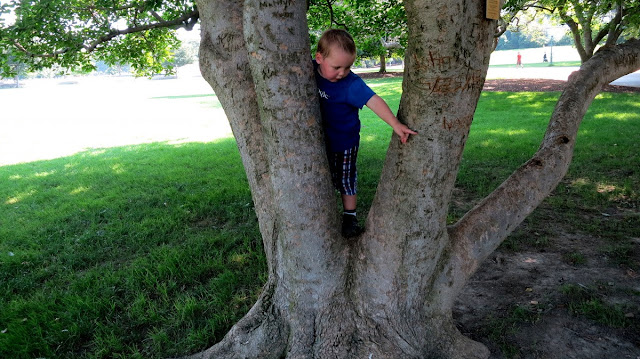 ... tho the sticks, like partisan politics, are hard to break. 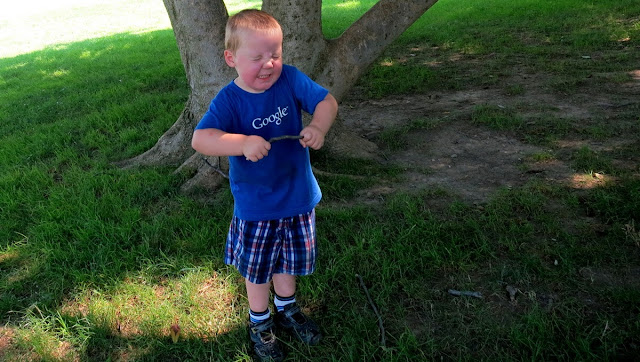 Around lunch time we arrived at the Air and Space Museum, so we headed inside for some cool air, lunch, and some interesting exhibits.  Lots of air planes and rockets greeted us. 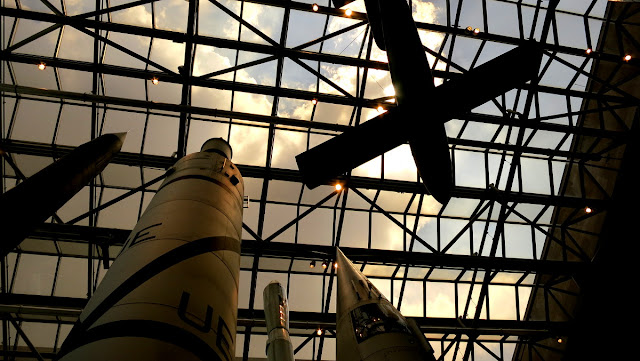 After lunch we left the Air and Space museum, and braved the heat in order to check out the rest of the National Mall.  Just outside the door, if one turns their head to the right, one gets a great view of the Capitol. 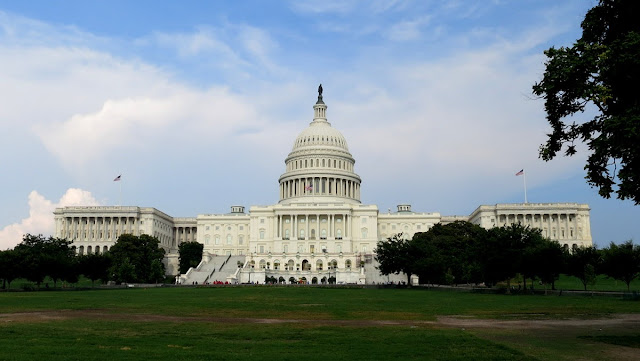