- or -
Sometimes It Pays To Be Lucky 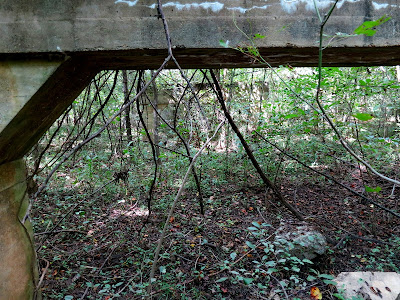 Today I signed the log book on a rather tricky four stage multi-cache, despite not finding all of the stages.

The cache in question is situated along an old road, now long abandoned.  The cache description does not provide any details about what used to be in the area, rather it asks the question "what did they use this place for?".

Stage one was 800ft or so down the trail from parking, which was a quick hike down the road.  Aside from fighting with then plethora of spider webs cross crossing the overgrown road, I had few issues finding the container for stage one.  As you would expect,  the container contained the coordinates for the second stage, and a hint.

I loaded the coords into my GPSr and headed down the road to the second stage GZ, about 500ft away. 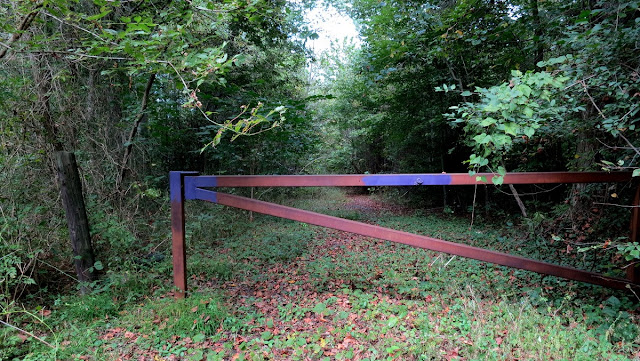 When I got there I was faced with a series of rock faces, many with deep crevices. These were built into a very steep hill.  The rocks went up about 8ft, and the hill rose 30ft above that.   I started my hunt in the rocks, but came up empty.  I then searched all the trees I could reach, but came up empty.  I didn't want to climb the hill as it was incredibly steep - the closest to a cliff one can get without actually being vertical.  Eventually I gave in and climbed up the hill, searching every rock, tree, and crevice in a 50ft radius.

I pulled out my cell phone and looked at the cache description, scouring the logs for clues.  The listing contained spoiler photos for each stage, so I pulled up the photo for stage 2.  I matched up the photo exactly, and looked around.

At this stage I had looked for well over 45 minutes, and done some aerobatics that I wasn't sure I was even capable of (still not sure, but based on the evidence, but eye witnesses say its true).  I was tired and frustrated.  I decided to call it and head back to the car.

I took a couple steps towards the car when I remembered something I saw while investigating the logs and photos on the cache listing.  They mentioned an old bridge abutment.  I had yet to see this abutment on my journey so far.  Since I had come this far, and the multi seemed to be following the old road, I figured I might as well see if I could at least find the old bridge.

I did a 180 and continued further down the path. 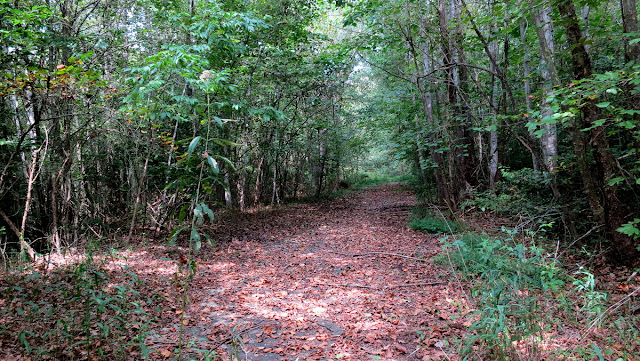 It turns out the remains of the bridge started just 300ft down the road.  The abutment in the spoiler photo was the last in a series of 4 old supports that used to hold up a bridge that the road I was walking on used to go across a wide creek about 200ft away, down in a holler (southernly speaking). 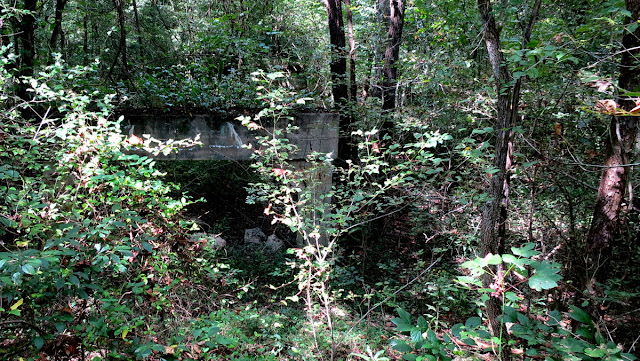 Wanting to take a closer look at the ruins, I hopped down into the brush.  I looked around to see if I could see any obvious hiding places for a geocache. I got to the last support and gazed across the creek.  It was a pleasant view.  I was glad I stayed to explore the area more. 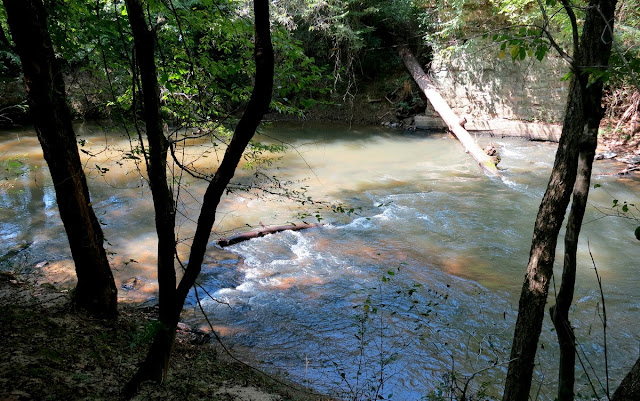 I did one more look around, and took a few photos, when I saw something in the corner of my eye.

A closer look confirmed that they were indeed coordinates.  Holy crap!  I was back on the hunt!  I entered the coordinates into my GPSr, and they led me along the creek bank about 300ft.  Excitedly I followed the arrow through the woods.

I quickly got to ground zero, located the container (a 5 gallon bucket), and excitedly signed that log.

Another multi-cache in the bag, even tho I only found 3/4ths of the stages.

Sometimes it pays off to be persistent, and to explore.  You never know what you'll find.  It may just be a smiley you wrote off for dead.

Oh, and the answer to "What did they use this place for"?  I still have no idea, but now its used, sadly, as a tire dump.  Oh well, at least the walk in was awesome. 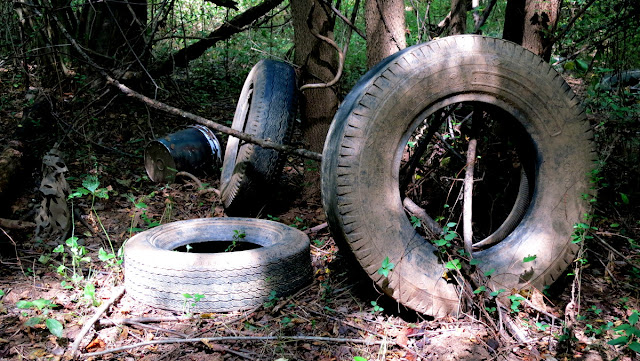 Posted by Dave DeBaeremaeker at 9:07 PM