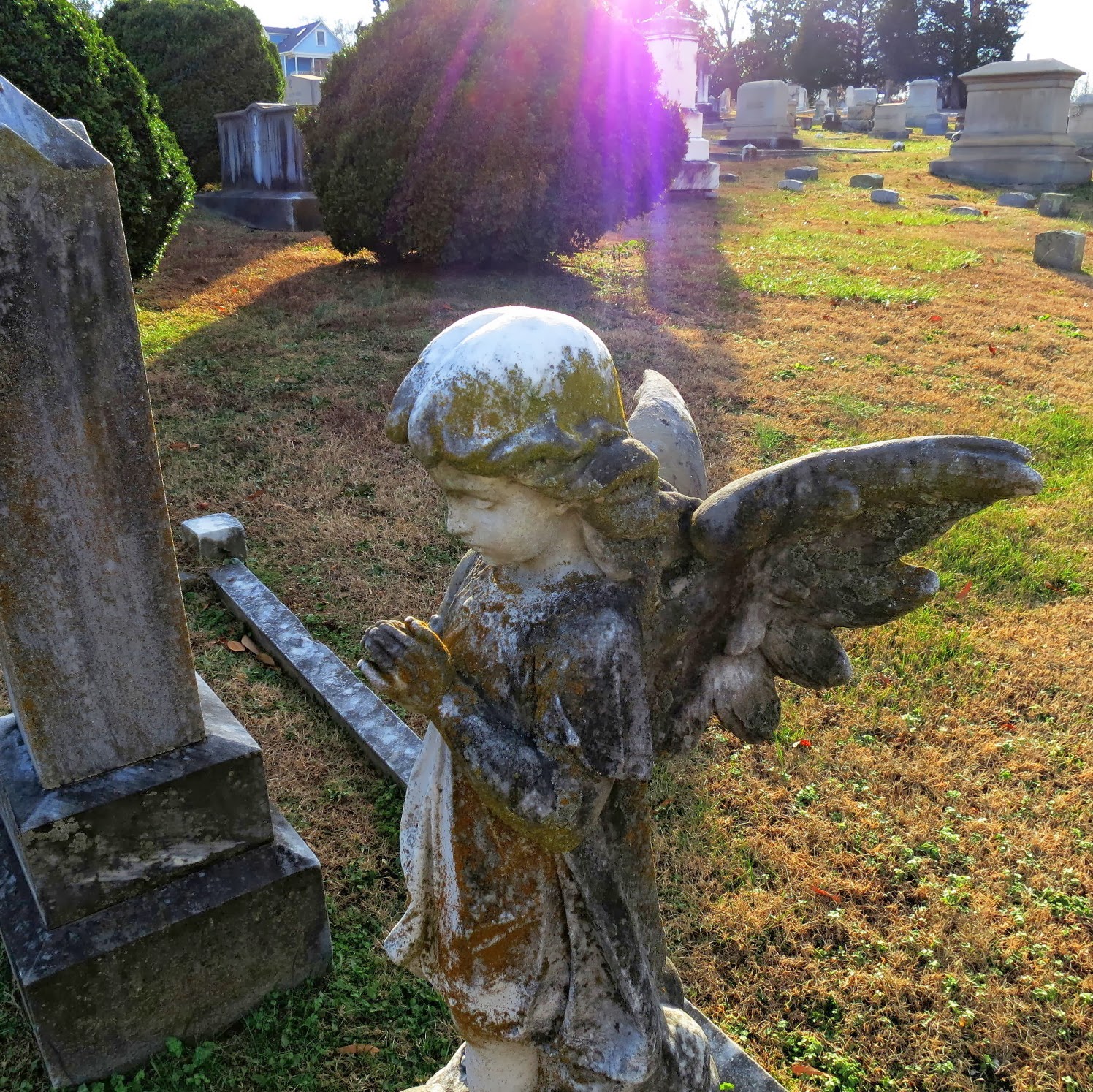 Today I took a walk around Oakwood Cemetery in Raleigh NC, for contained within is 6 stages of a 7 stage multi-cache.

Oakwood is a fairly large cemetery as far as these things go.  It has residents dating back to the American civil war, and up to modern times - in fact there was a funeral held there today.

It is also the resting place of at least one North Carolina governor, and a Secretary of The Navy: Josephus Daniels (the cache page claims he switched the sailors rations from rum to coffee, thereby inventing the phrase "cup of joe."  Snopes says this is a myth which just goes to prove two things:  you can't believe everything you read on the Internet, and Snopes can be a killjoy).

While walking around I took some shots, starting with a lamb on a headstone: 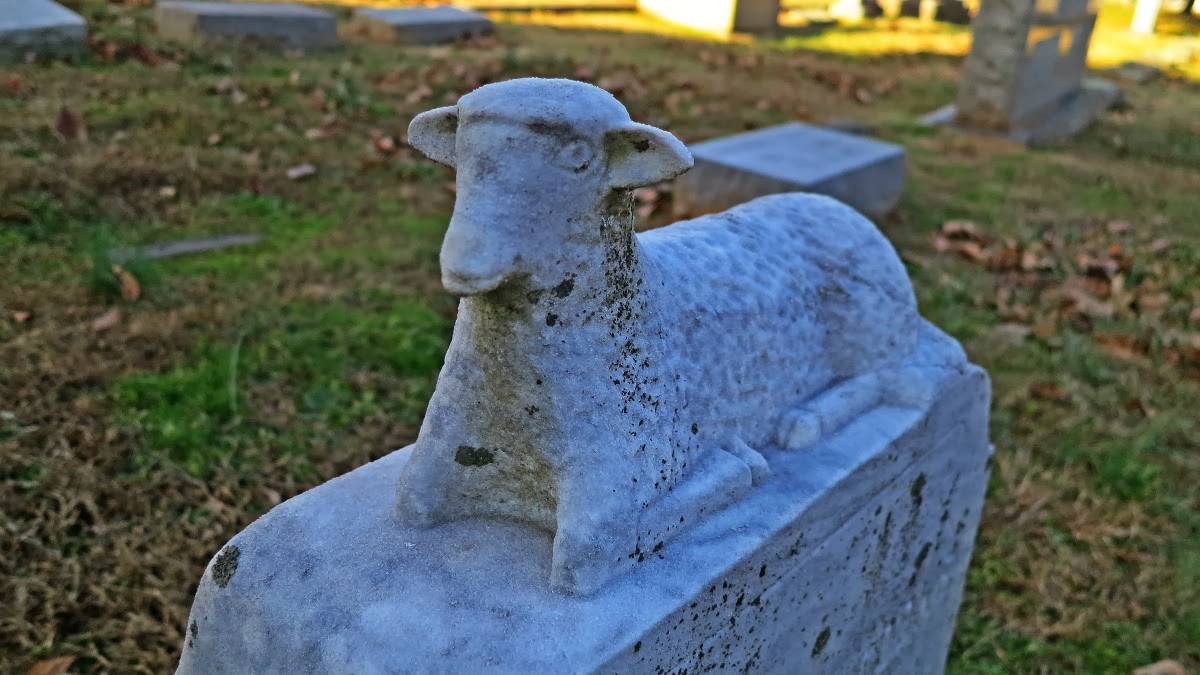 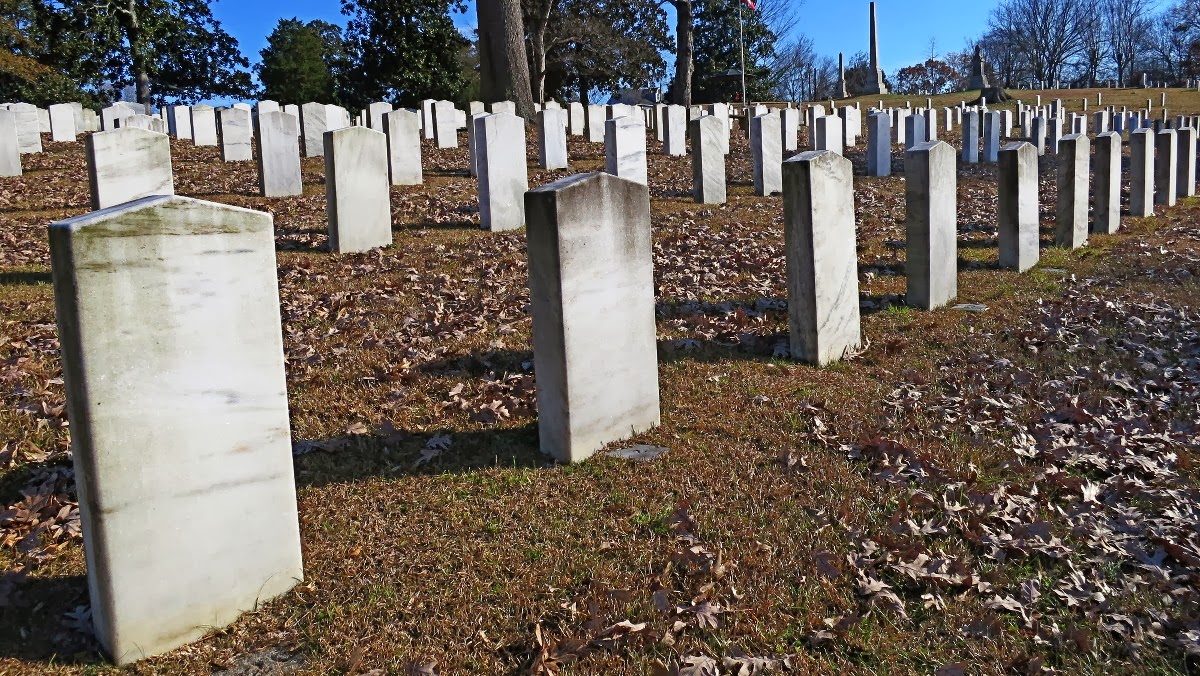 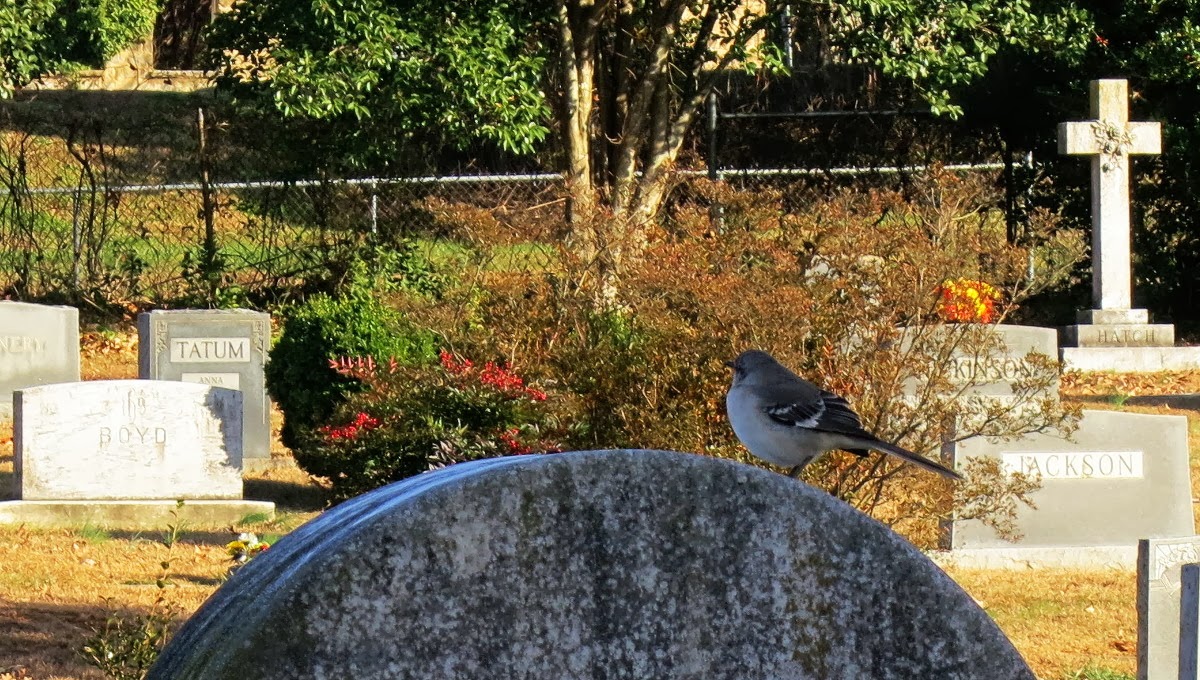 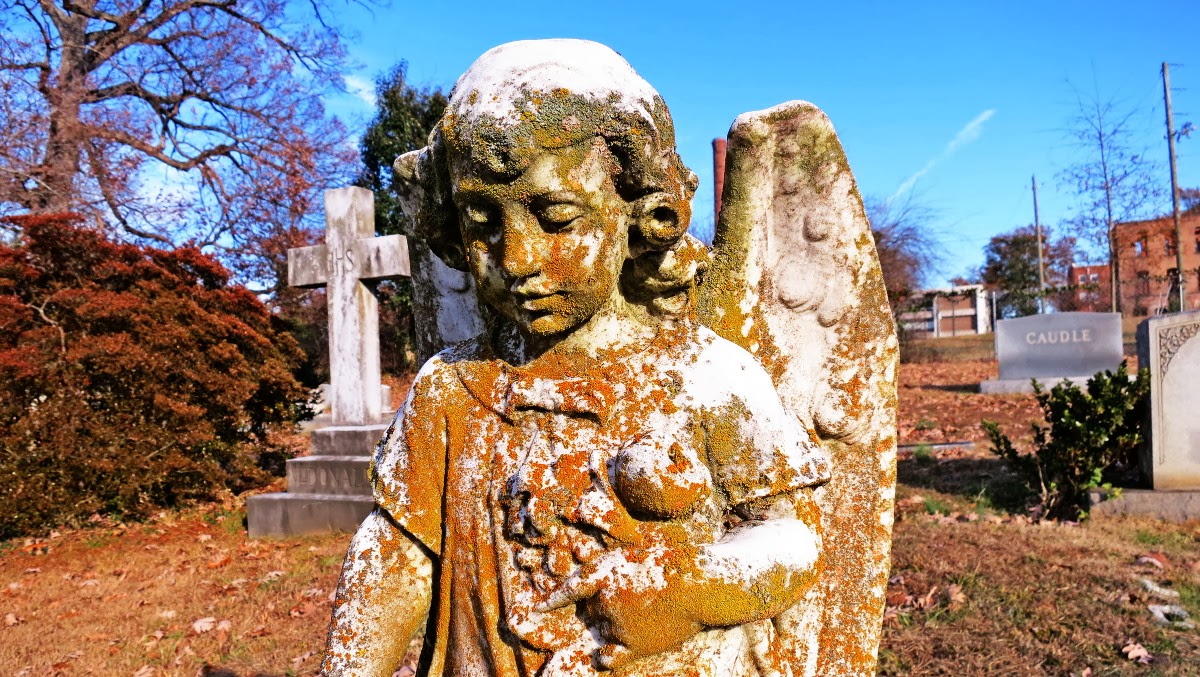 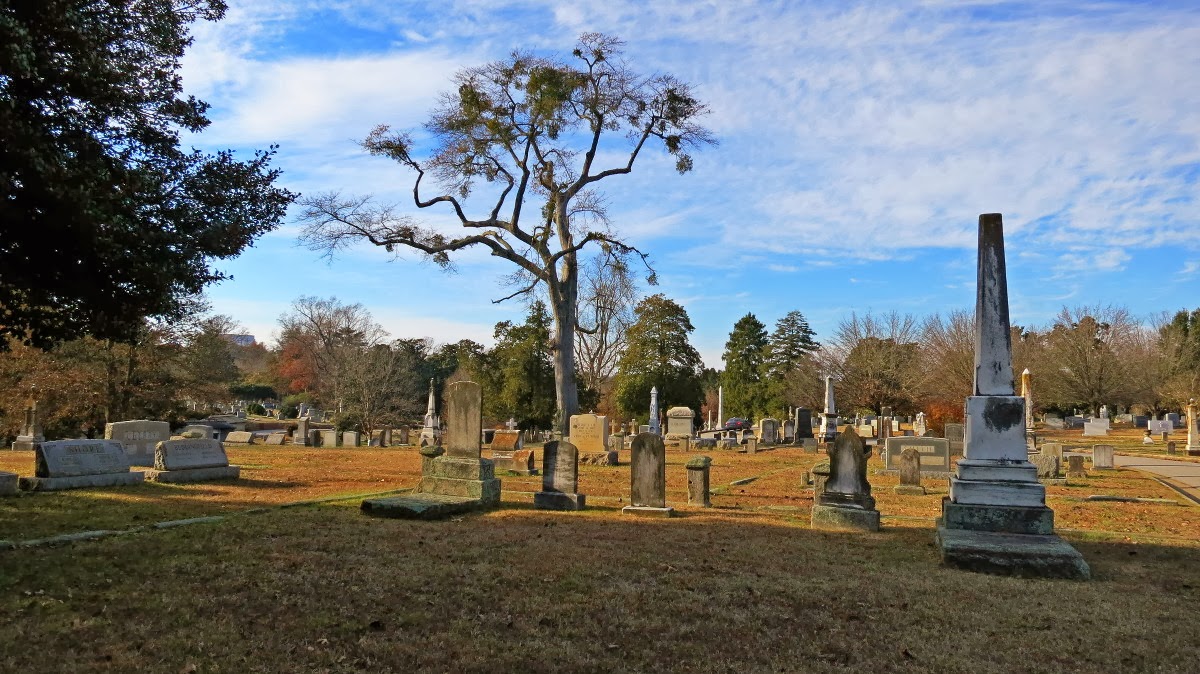 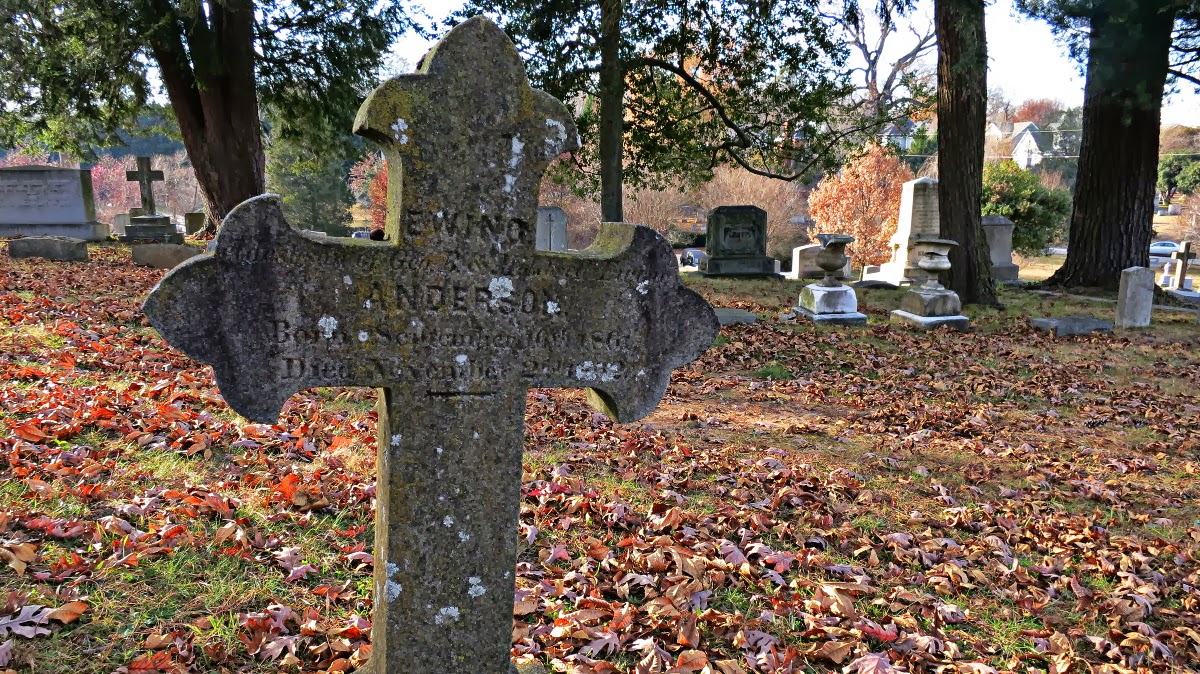 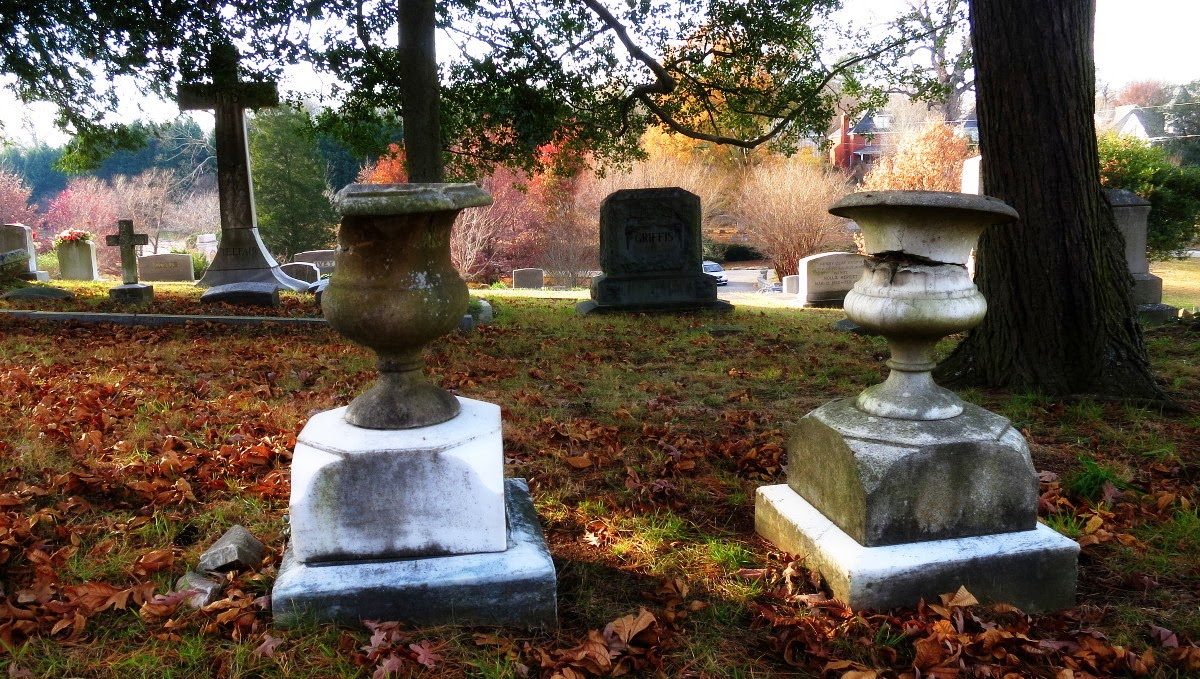 The final is in a park a short ways away from the cemetery, but it now has my signature on the log.  A nice ending to a pleasant afternoons walk. through history.
Posted by Dave DeBaeremaeker at 7:43 PM