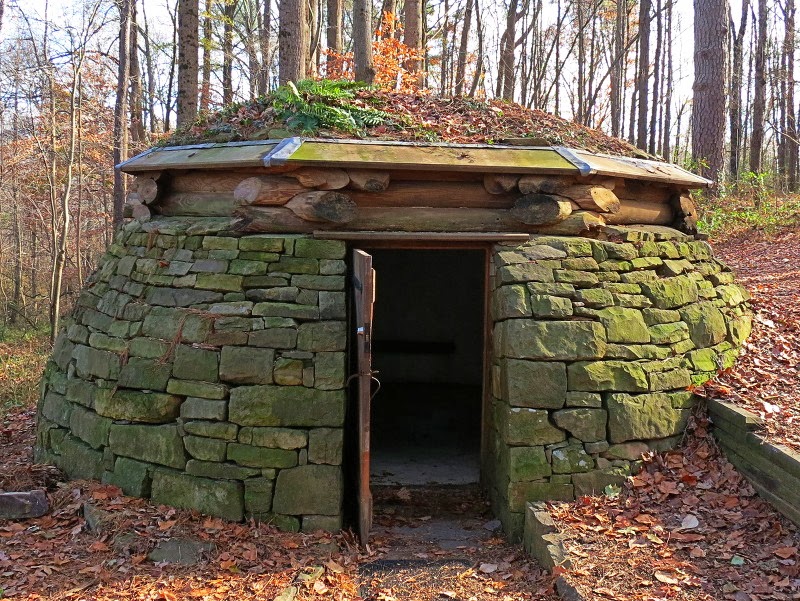 Take a look at this structure in the photo on the left, then put on your thinking cap. What is it?

You may be thinking that it is an ancient house of some sort, perhaps something from the pioneer or Indian days, or maybe some sort of store house.

Would you believe that it is a camera?

Specifically it is a camera obscura (wikipedia link), which is the simplest form of camera.  Built into the roof is a "pinhole" (tho in reality its about an inch in diameter), that lets in light.  When the light shines through the hole it projects an inverted image on the walls and floor of what one sees when looking directly out of the hole.

Given the low light conditions, its hard to take a picture of what one sees through the camera obscura, but this is as close as I could get.  It is accurate, except it is flipped right-side-up, and I've played with the brightness a bit so it looks closer to what the eye sees: 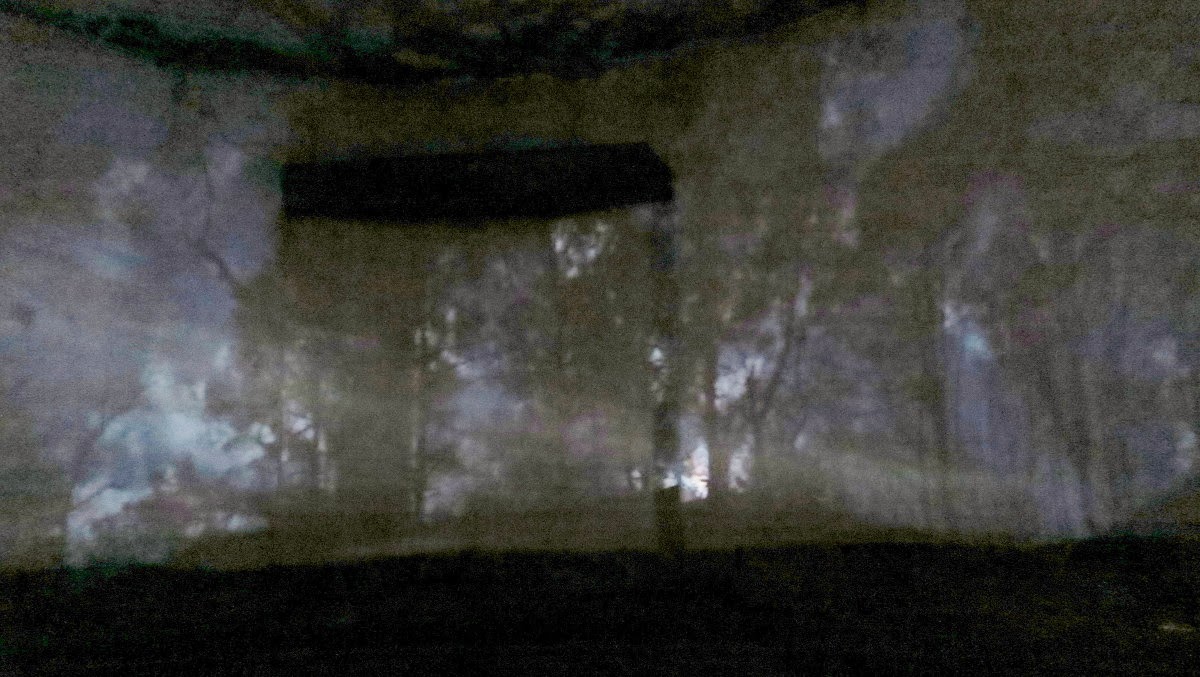 As you can see, it is an image of a forest projected onto the cement walls of the inside of the structure... all from a one inch hole in the roof.  Pretty cool eh?

This is just one of the things we saw today as we explored the grounds of the NC Art Museum in Raleigh NC.  We were not planning on staying that long - just long enough for me to grab a quick geocache, but we ended up spending the entire morning exploring the grounds.

Since we didn't plan ahead much, Zeke acted as our guide: 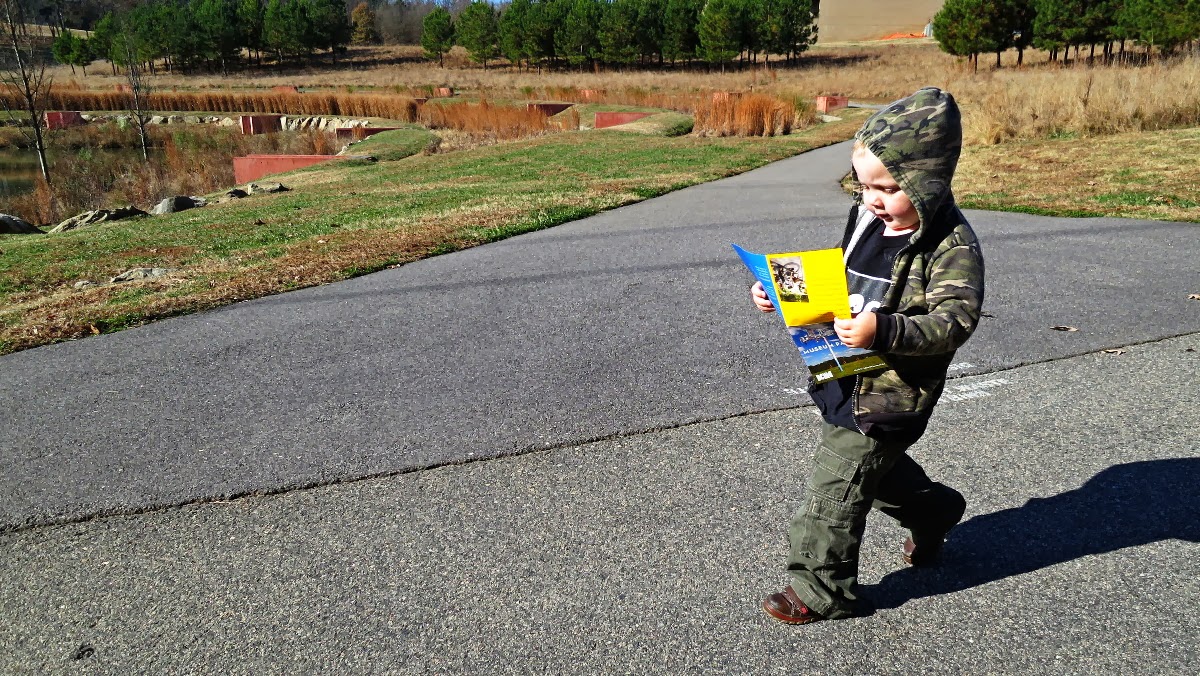 One of the other exhibits are whisper benches.  The kids had a great time "whispering" to mommy, who was sitting 20ft-ish away... 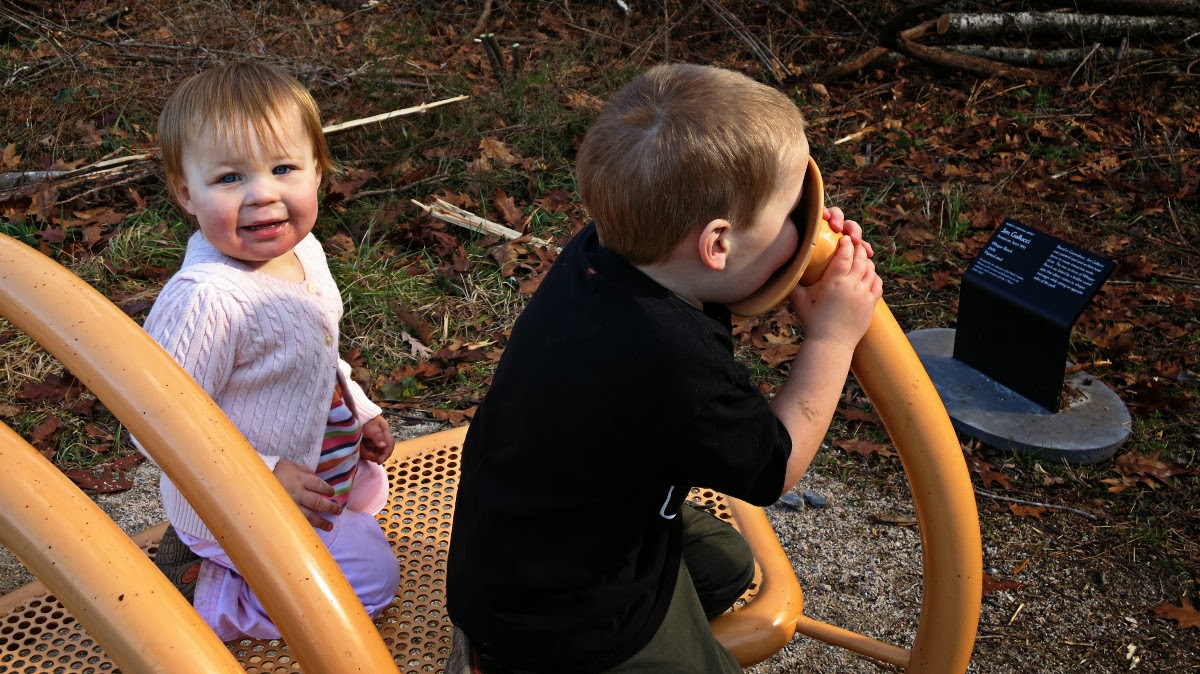 ... and mommy whispered back, of course. 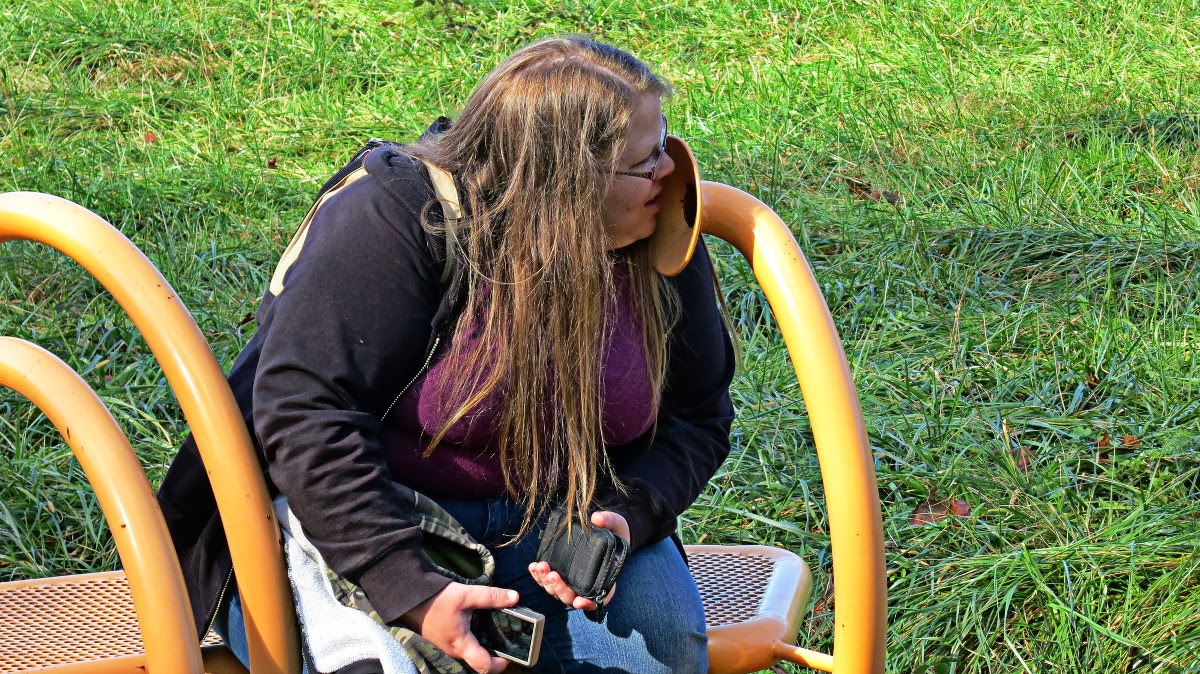 As you can see, the distance is far enough away that one could not hear a whisper, unless its directed into the funnel and conducted through the tube.  The benches also worked as a much needed break.  We had walked well over a mile at this stage, which is more than Abigail has ever walked at once before - it takes a long time to walk that far when your legs are that short. 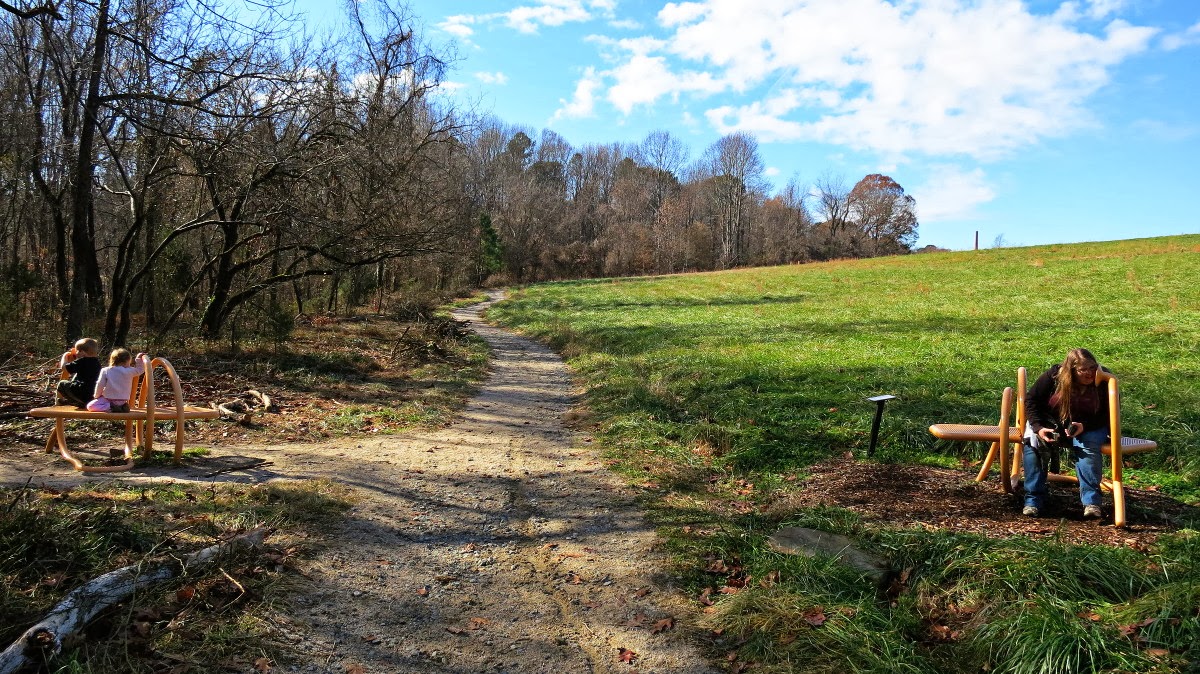 Another exhibit is called "Forest For The Chairs".  The artist took discarded wooden chairs from garbage dumps, and thrift shops, and return them to the trees.  As the chairs disintegrate, they are "returned" to the forest. 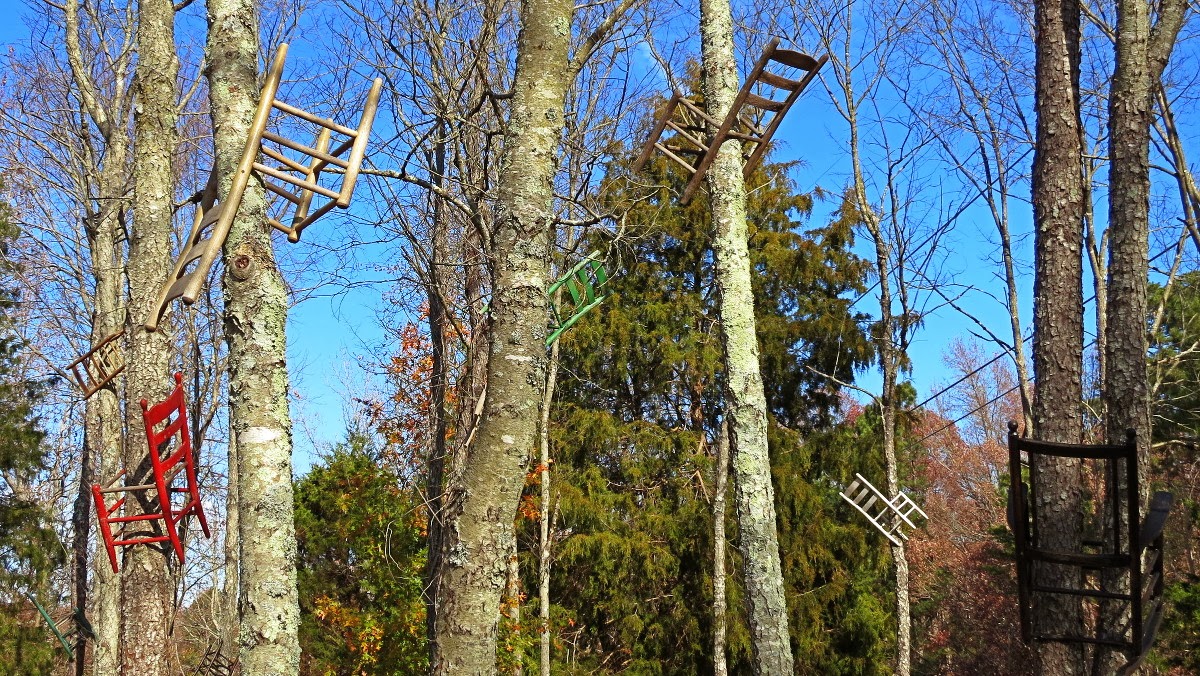 Another shot of a tree chair. 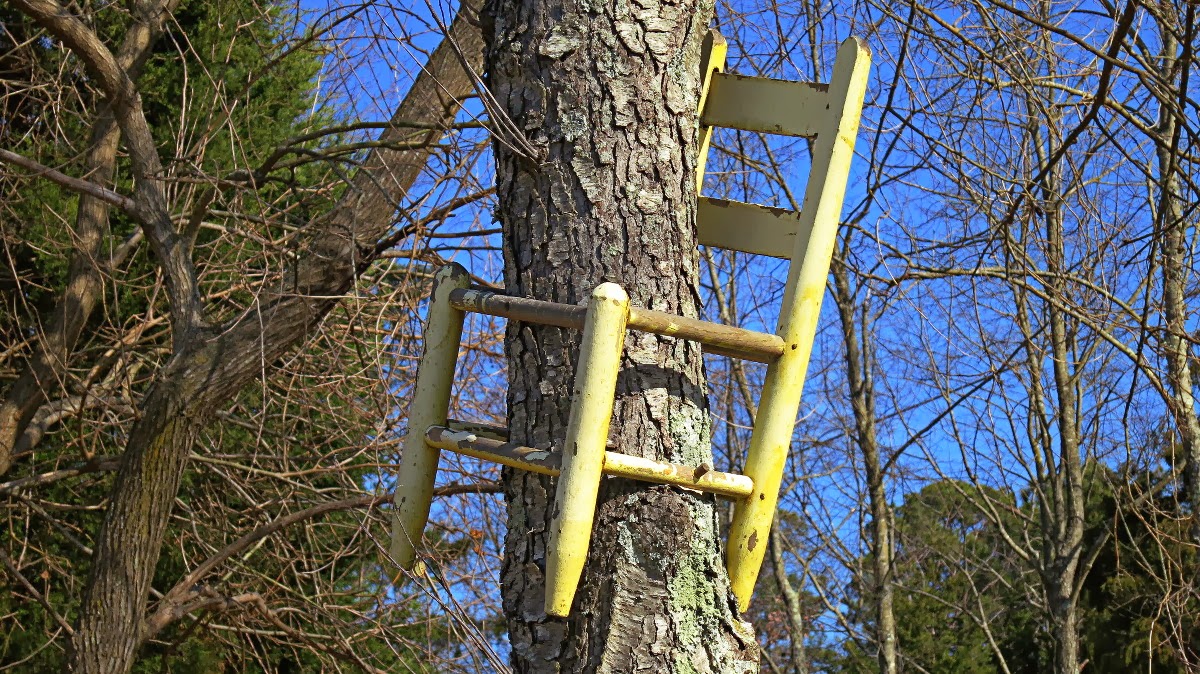 These rings are a Thomas Sayre creation.  He is famous in these parts for creating objects from the dirt in the ground, then extracting them as free standing sculptures. 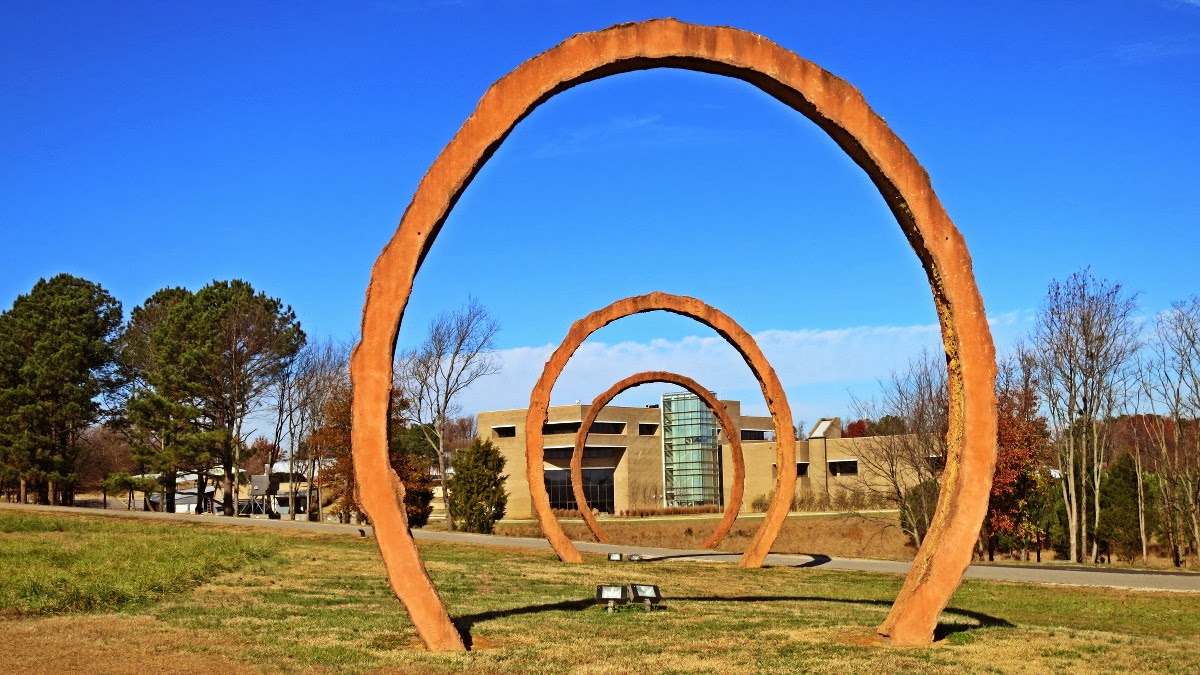 Zeke loved the camera obscura - we went back three times to look at the tree shadows (as he called them).  I was more than happy to oblige him, cause: awesomeness. 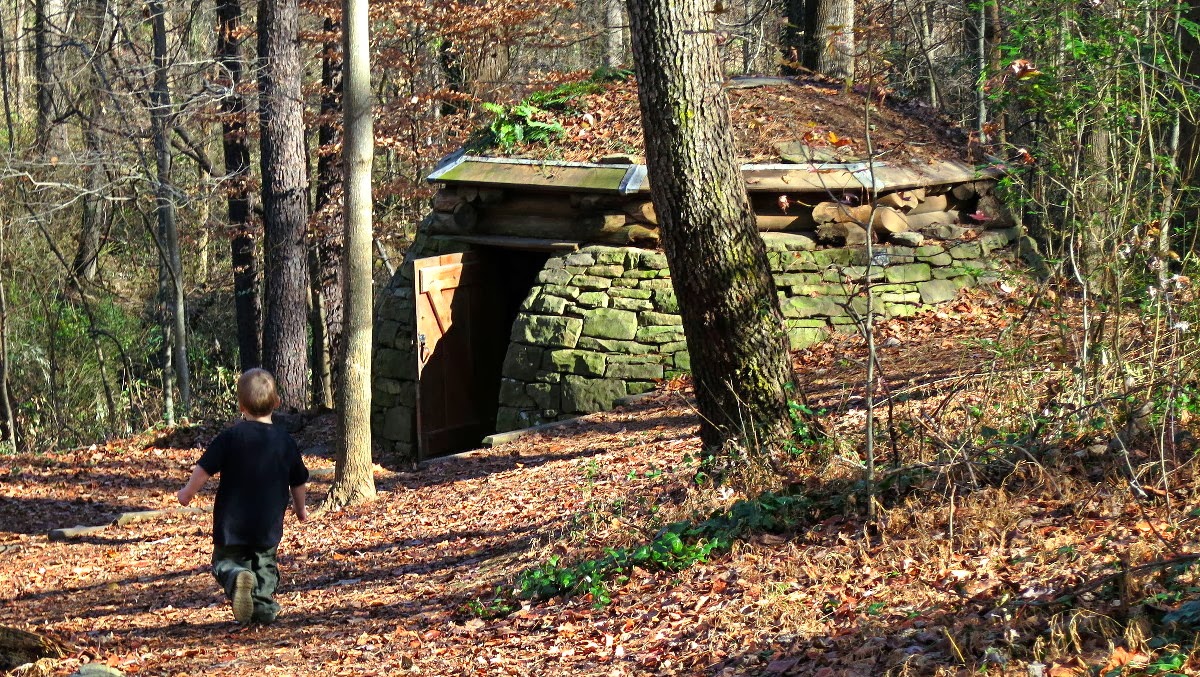 So that was our unexpected mornings adventure. All due to a single geocache that was supposed to take 20 minutes to find.  If you ever wonder why I love geocaching so much, well, read this post again, from the top :)
Posted by Dave DeBaeremaeker at 3:23 PM