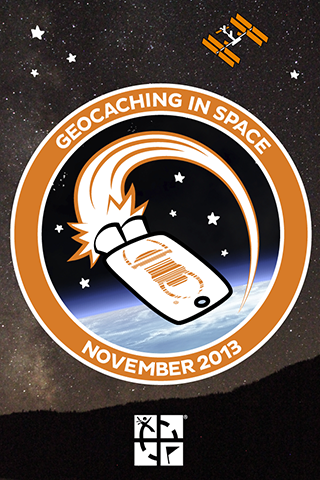 A geocacher has gone to space, and he brought something with him.

A Geocaching Travel Bug (TB5JJN1) hitched a ride with astronaut Rick Mastracchio straight to the International Space Station. The mission was launched from Kazakhstan last night at 11:15(ish) local time.

To celebrate geocaching in space, there were many launch parties held around the world.  Last night I had an event in my living room for local cachers to watch the launch.

Anyone who attends these events gets a shiny geocaching souvenir, like the one to the left.

Given the late hour (11PM on a school night), I wasn't expecting anyone to show up, but I ended up with 6 people attending.  I consider this a home run.

Did you attend a space launch event?  If you didn't, it is not too late! Anyone who attends an event on Nov 6th or 7th gets the souvenir, so go out and hang out with some geocachers Final Frontier style.

This is a shot of the launch from my television: 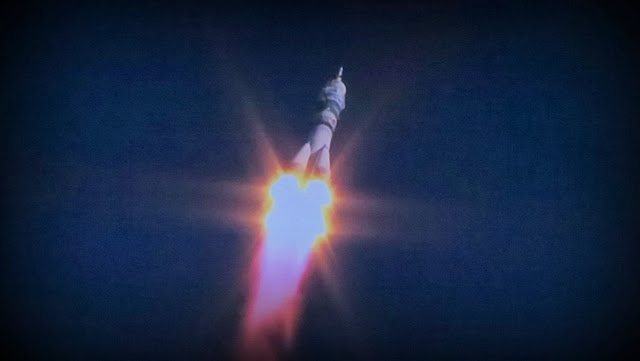 These are the plucky attendees. 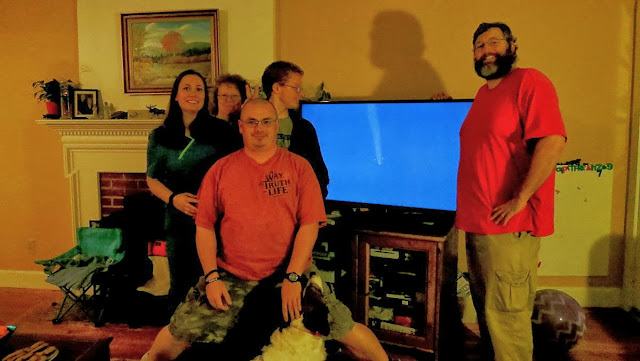 Posted by Dave DeBaeremaeker at 8:58 AM