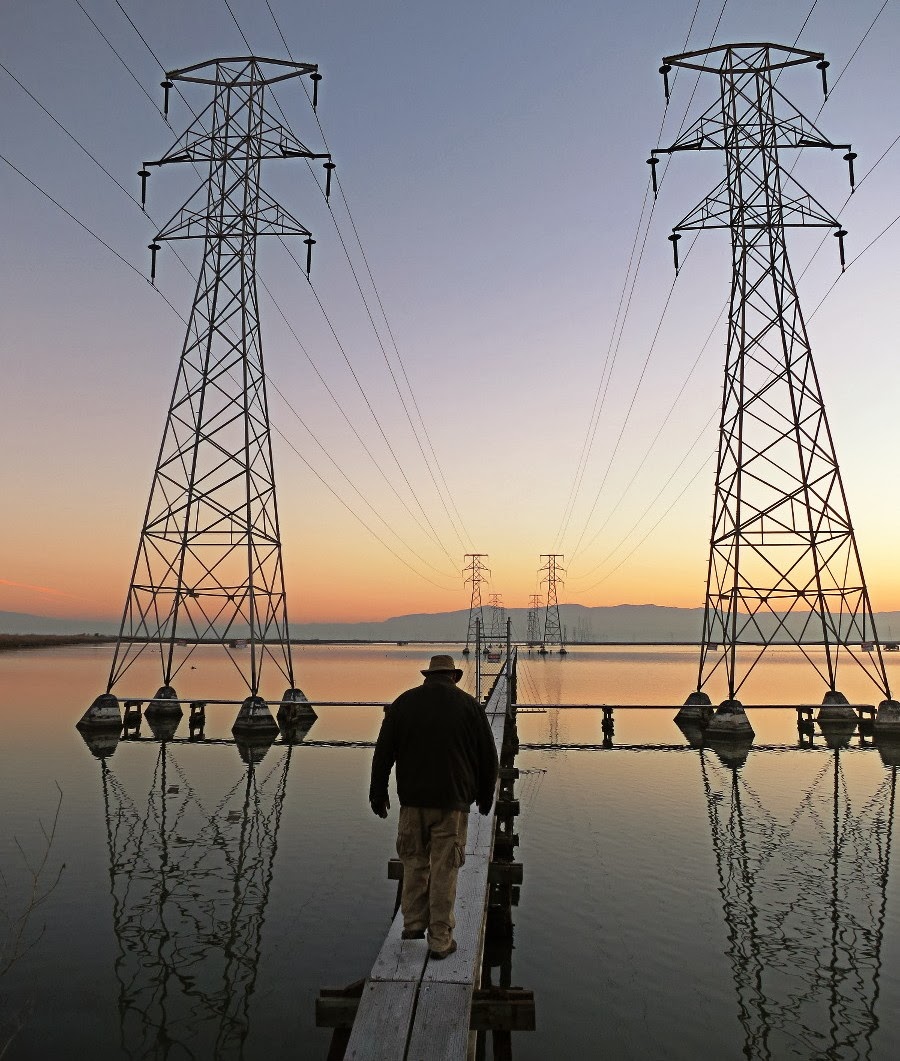 Last week I was in Mountain View California on a business trip.  While I was there, during my free time and thanks mainly to a co-worker/geocacher named SaSiCo, I had a metric crapton of adventures.  They kept me so busy that I did not have time to blog them as they happened so now I am playing catch-up.

This is one of those adventures.

Near the office is a nature reserve called the slough.  I mentioned it on the blog a few times. This reserve consists mainly of large ponds surrounded by miles of berms with paths on them. These berms extend out into the northern parts of San Francisco Bay. This area is home to a huge number of birds.  As you may expect, it is also host to many geocaches.

We arrived at work right at sunrise, so we could maximize our time before hitting the office for our day jobs.  We grabbed some gBikes (don't worry, we're allowed) and biked off down the trails.

One of our goals was to grab a muti-cache called "Walk The Plank".  It involves walking out on these rather narrow networks of catwalks placed so the power companies can gain access to the overhead power lines without having to slog through the ponds.  The first stage of the cache involved walking out on one of these gangplanks.

The temperature was just below freezing and there was a frost layer covering the planks.  Anyone familiar with such conditions will know that wooden walkways are quite slippery, so I walked gingerly out to GZ, grabbed the coords, and carefully walked back without incident.

Along the way to the final we took a detour and biked out to the farthest point into the bay that these berms allow.  Along the way we grabbed a couple more caches. 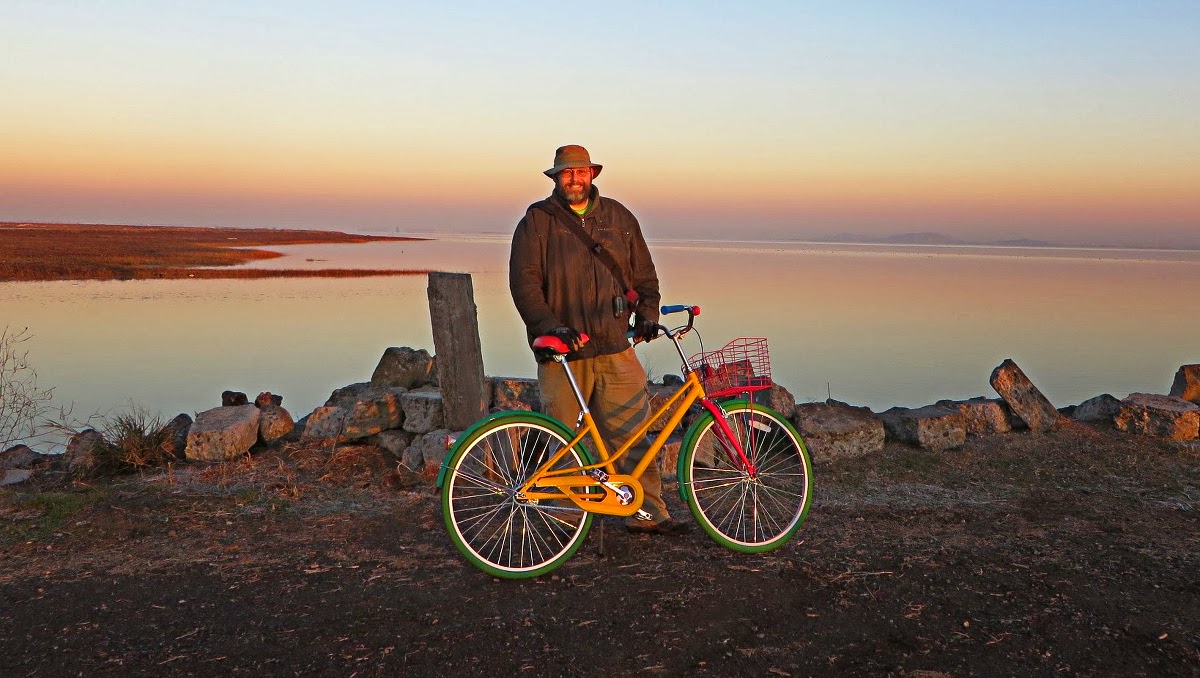 On the way to the final we had to cross a long wooden walkway.  It was below freezing, and there was a layer of frost on the planks.  Anyone familiar with such situations will know that frosty wood is really slippery, so we gingerly crossed, but managed to make it to the other side without any major incidents. 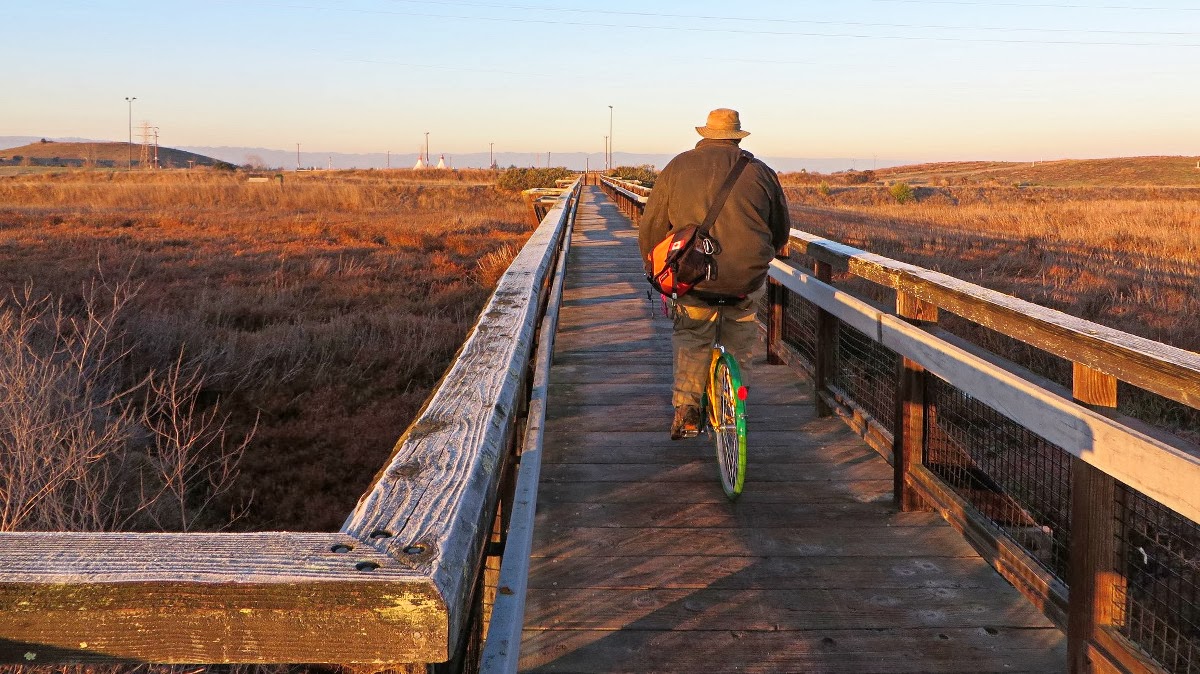 Once on the other side it was a quick ride to the final, and another trip out over the frosty catwalks to ground zero.  I soon raised my hands in victory. 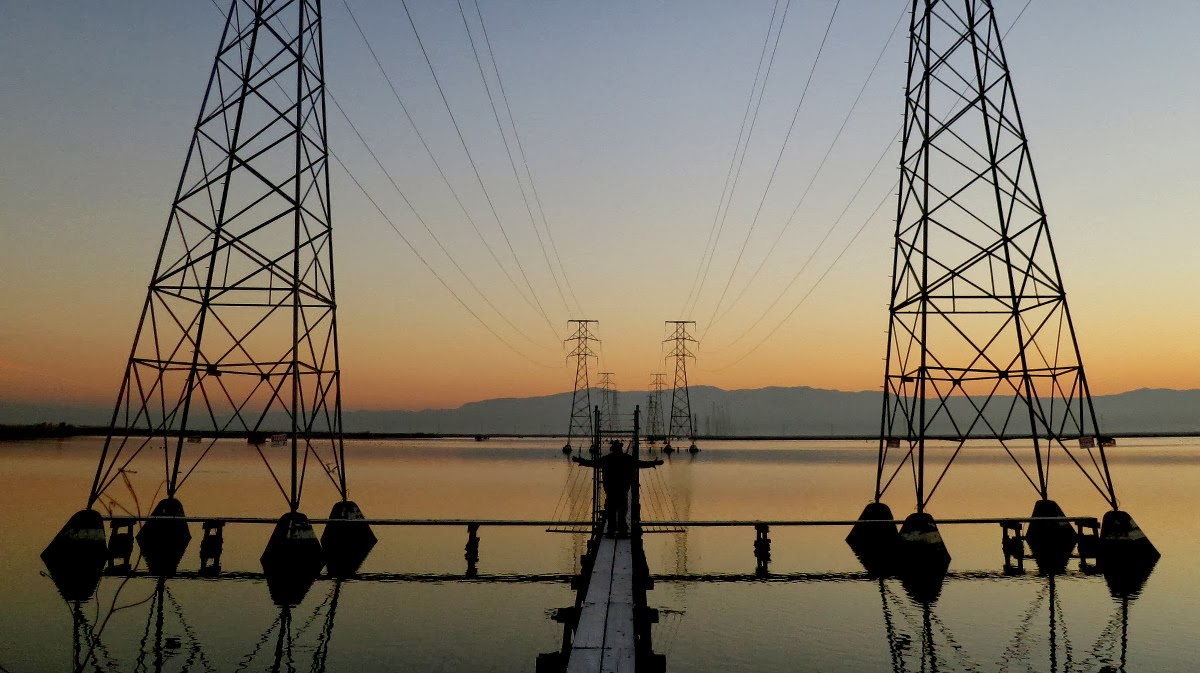 With my signature on the log, we headed back to work to get some well deserved breakfast.  This was a great way to spend a morning of geocaching with a co-worker.

Note:  You may notice that this post contains many more pictures of Yours Truly than is normal.  This is thanks to SaSiCo, my partner in crime on this adventure.  My thanks and ginormous geo-grins to her for documenting this adventure in photos for me.


As you may have guessed, I had a few more adventures waiting to be documented.  Stay tuned to this space for updates coming soon.
Posted by Dave DeBaeremaeker at 9:26 PM