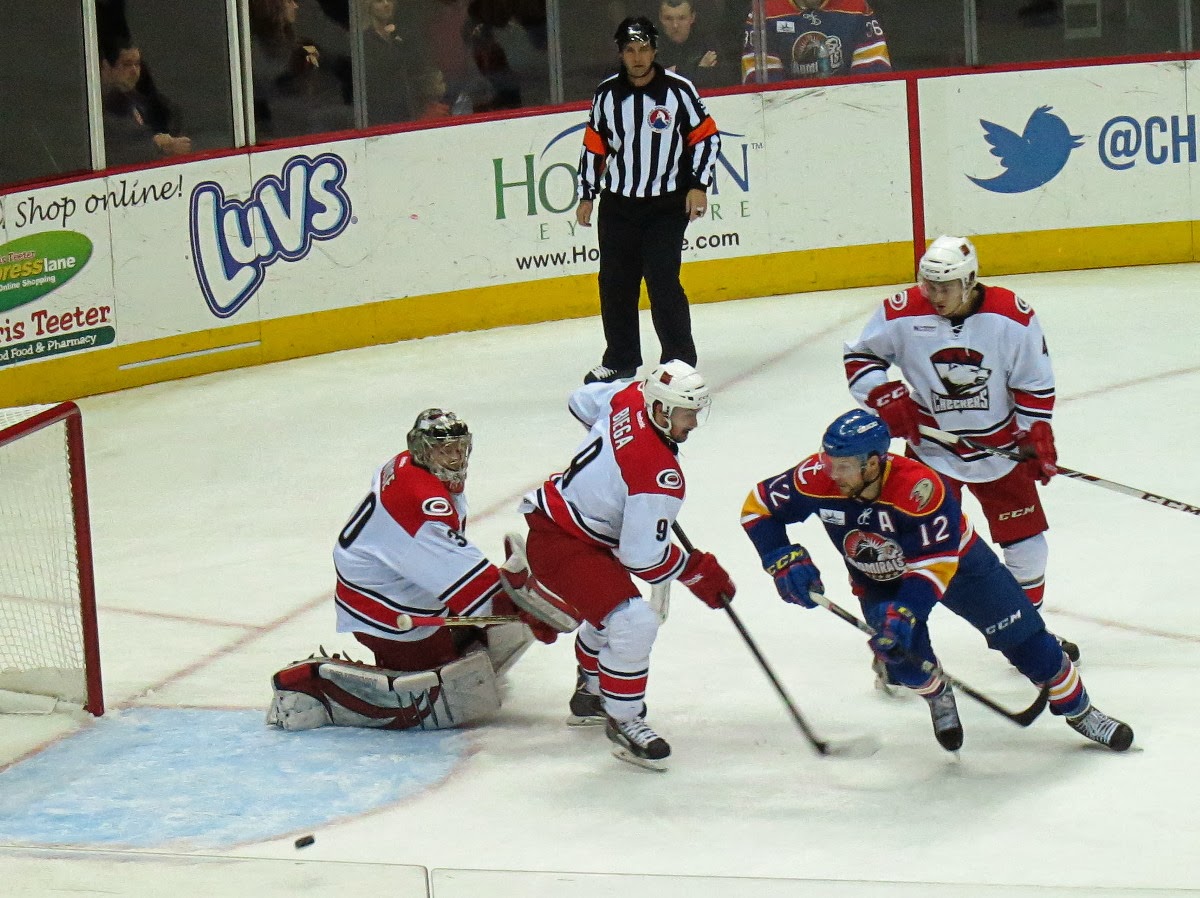 The closest hockey team to us that I am aware of is in Charlotte NC, an American Hockey League team (for my Canadian friends, think OHL, but with more guns).

We were invited to join a group of folks from our church to go on an outing to see a game, so last night we took the family to see the Charlotte Checkers (red and white) take on the Norfolk Admirals (blue and orange).

AHL games are a lot like NHL games, except the crowds are smaller(easier to get good seats), the seats are cheaper (more money for nachos), and there is little chance you'll be seen on national TV (15 minutes of fame will be obtained elsewhere, perhaps by setting a world record in nacho consumption at a hockey game). However the game is basically the same, so it is a great way to get your hockey on.

This was also the first time either of my kids (4 and 1.5 years old) have been to a proper full length regulation hockey game.  We were not sure if they would make it through (3 hours is a long time for a toddler), but both of them loved it. I only heard one "I wanna go home" from Zeke, and that was easily assuaged by a juice box (and not until the 3rd period).  After the initial shock of "where the heck am I, and why are there so many people here?", both of the kids got into the cheering and chair dancing.

Zeke also got to see a zamboni, which was all he talked about when I mentioned going to the game.  It is my theory that it is every Canadian kids dream to drive a zamboni, so he got one step closer to that goal (by actually seeing one in person).

It was an action packed game with only one big fight.  The final score was 4 to 3 for the Checkers in a nail biting shoot-out.

Here are some more pics from the game: 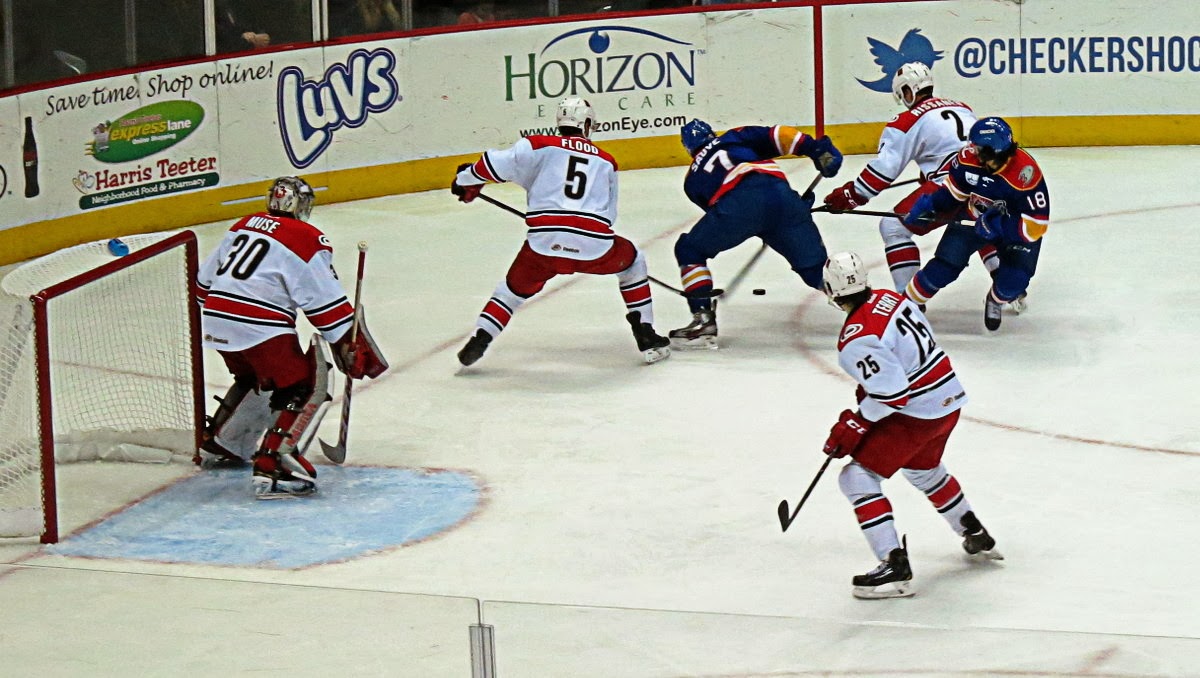 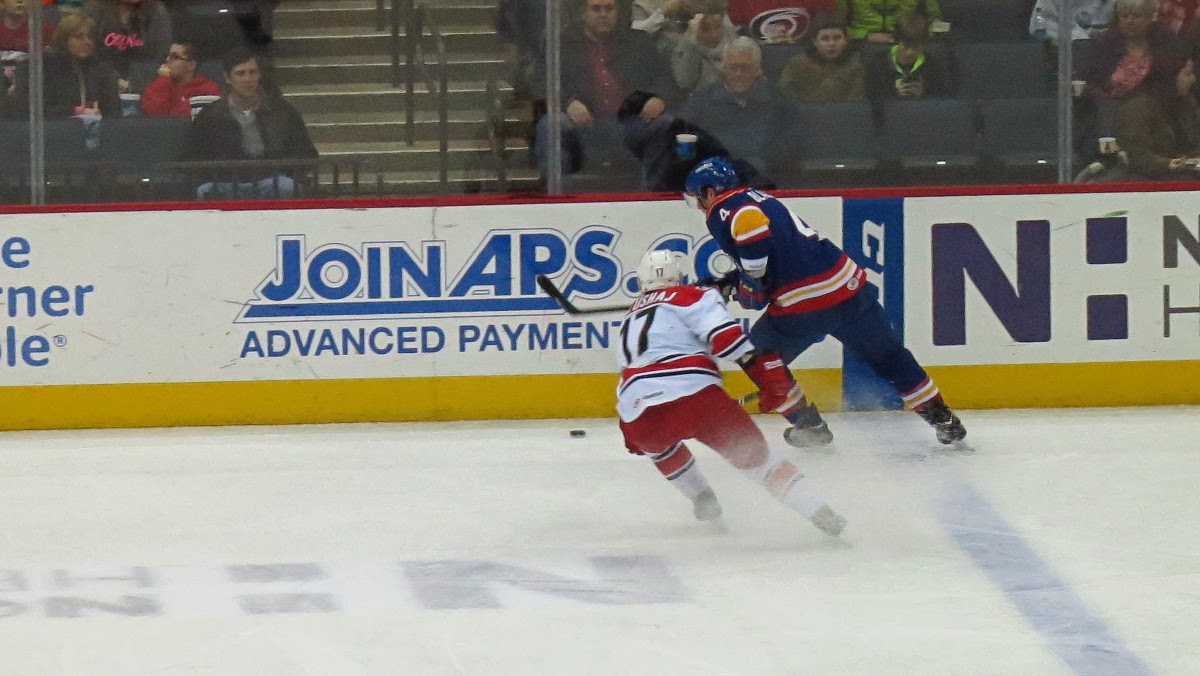 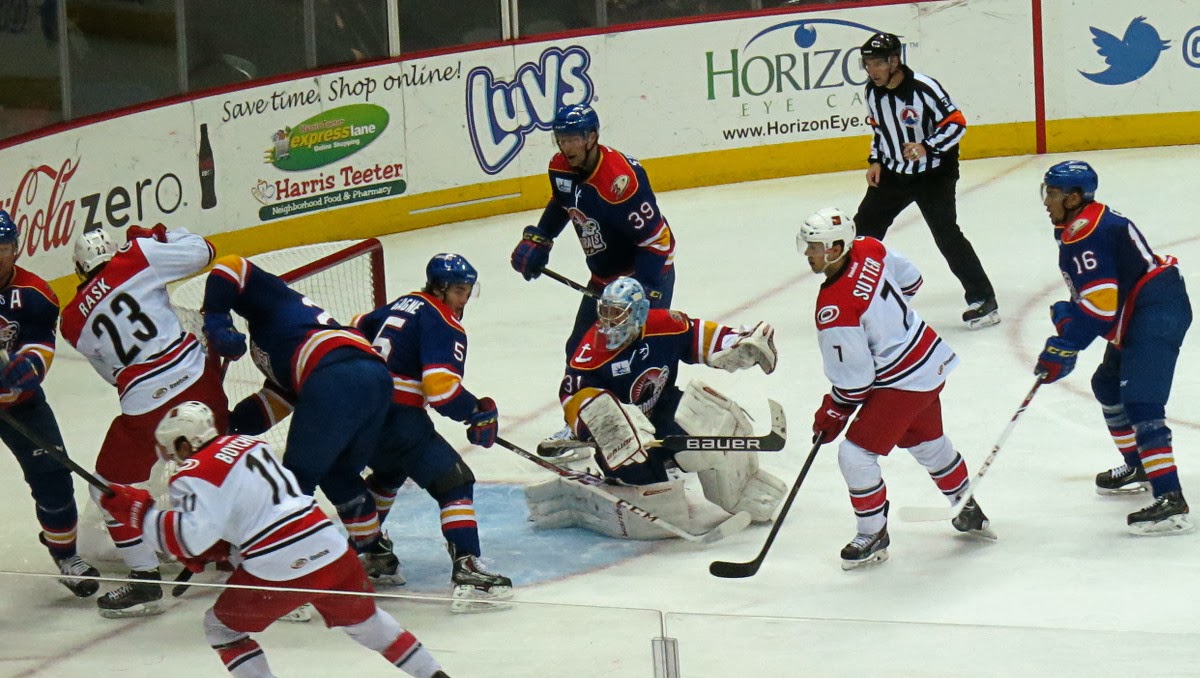 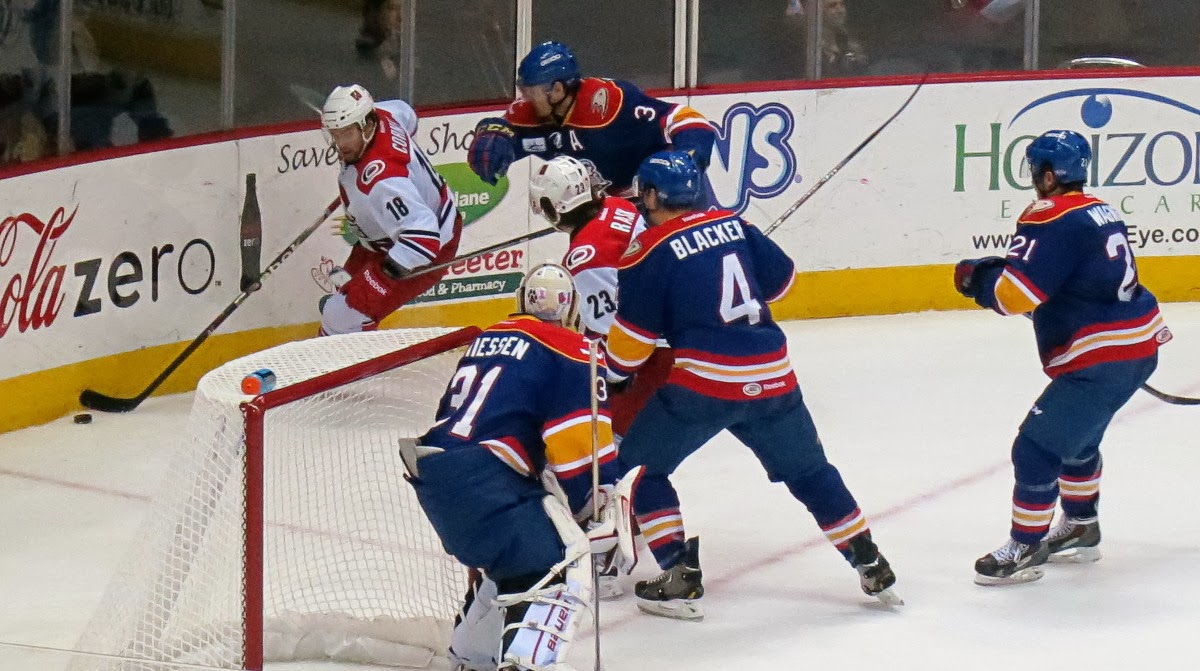 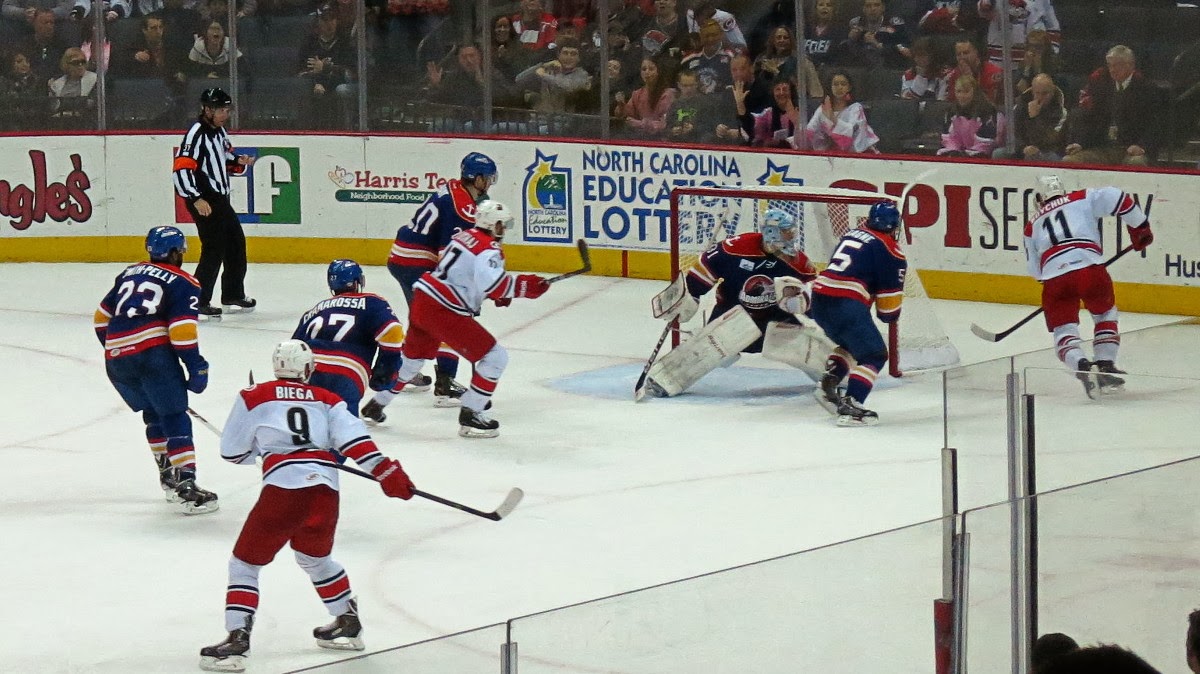 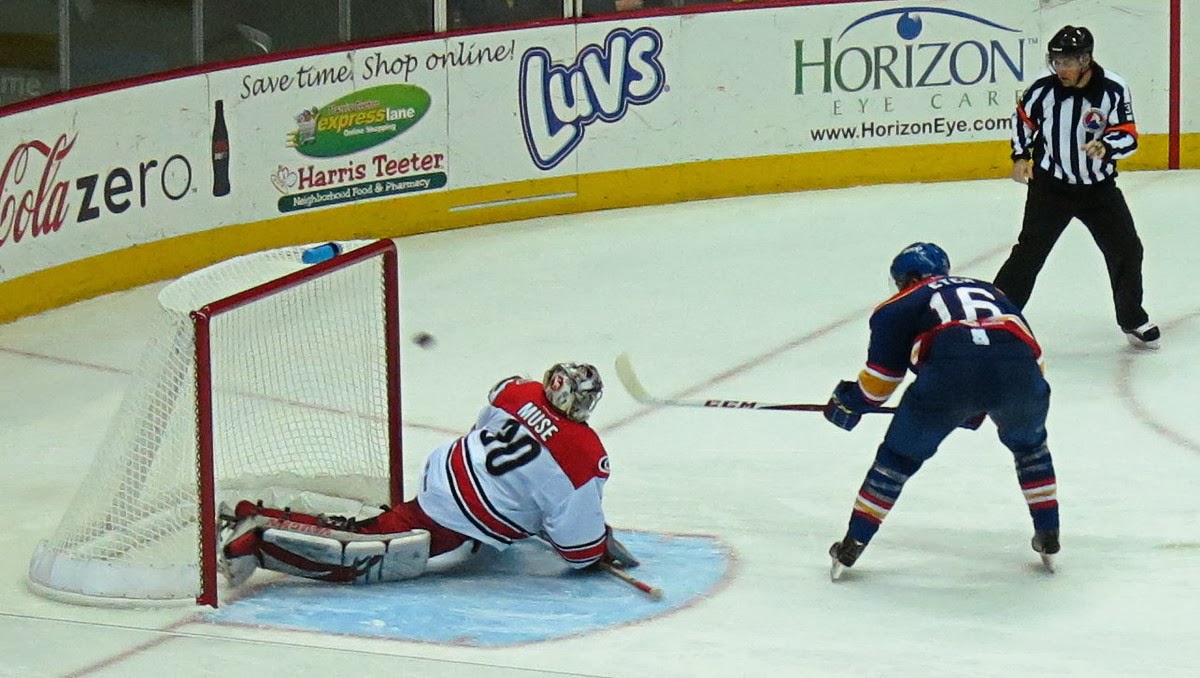 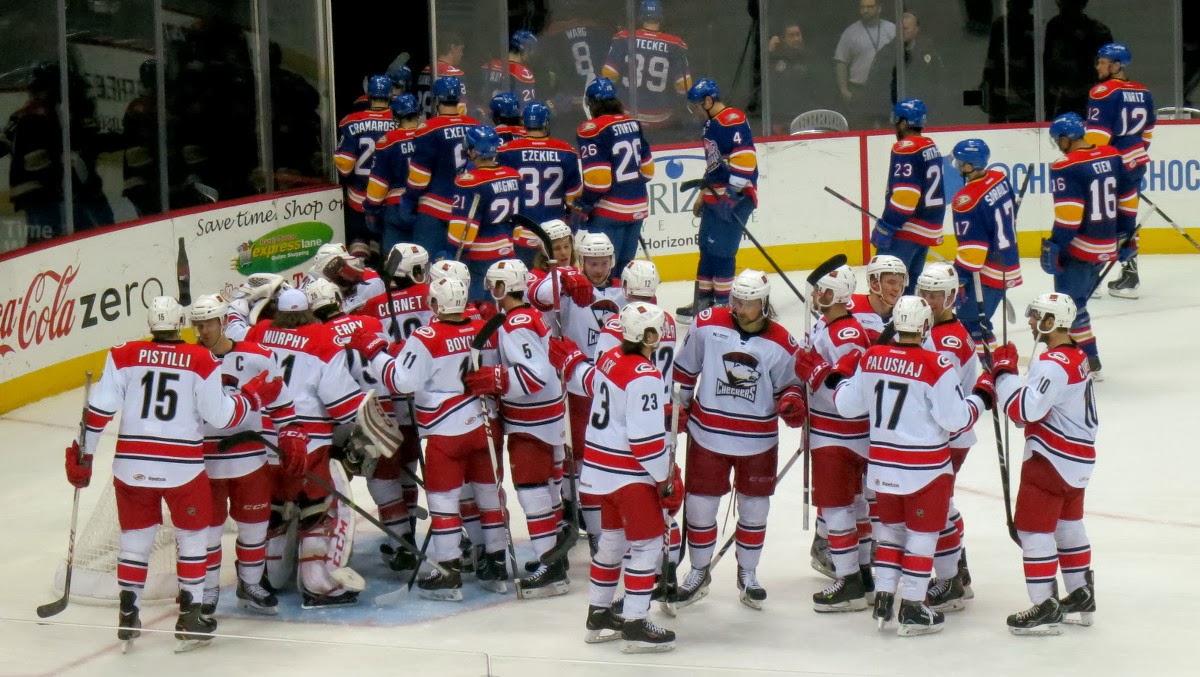 Keep your stick on the ice!


Posted by Dave DeBaeremaeker at 10:21 AM