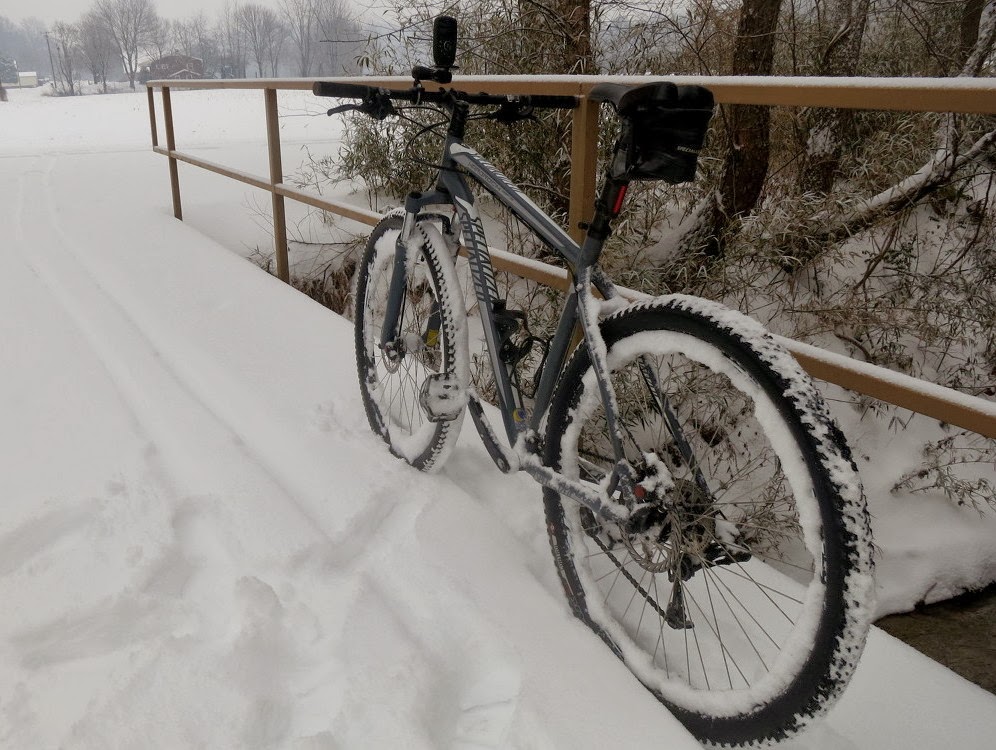 After this weeks snow storm passed, I went out for a ride to see what biking in 6" of wet snow is like.

I had biked to work during the previous snow fall with great results.  This time we had twice the snow, and the temps were warmer so ice was more of a factor.  Still, it was a rare chance to experience this sort of riding.

Turns out ice was not much of an issue, but slush was.  Under the snow was a half inch of slush.  When I was riding in untouched snow this was not a problem (tho the snow itself was hard to push through), however when I was riding in tire tracks (or on the plowed roads), the tires would randomly break through the slush and make things unstable.

Here are some scenes, starting with the view of the main ride through town. 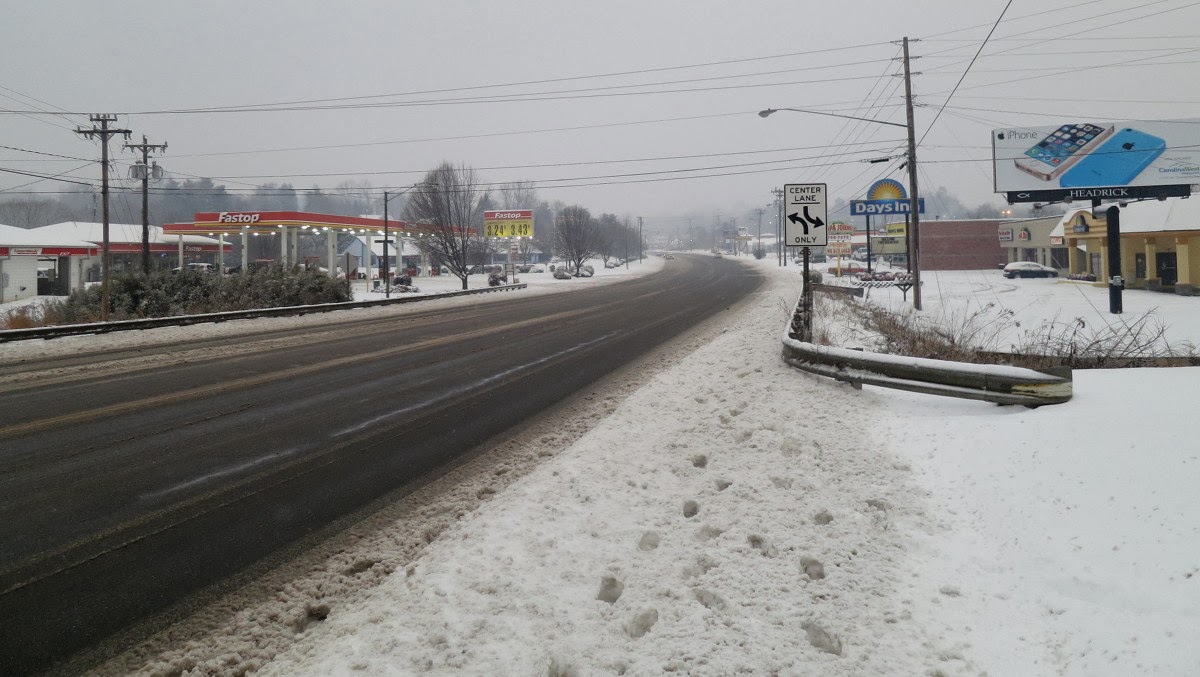 I looped back down the Greenway, which is paved under all that white stuff.  Someone had, apparently, gone cross-country skiing the night before. 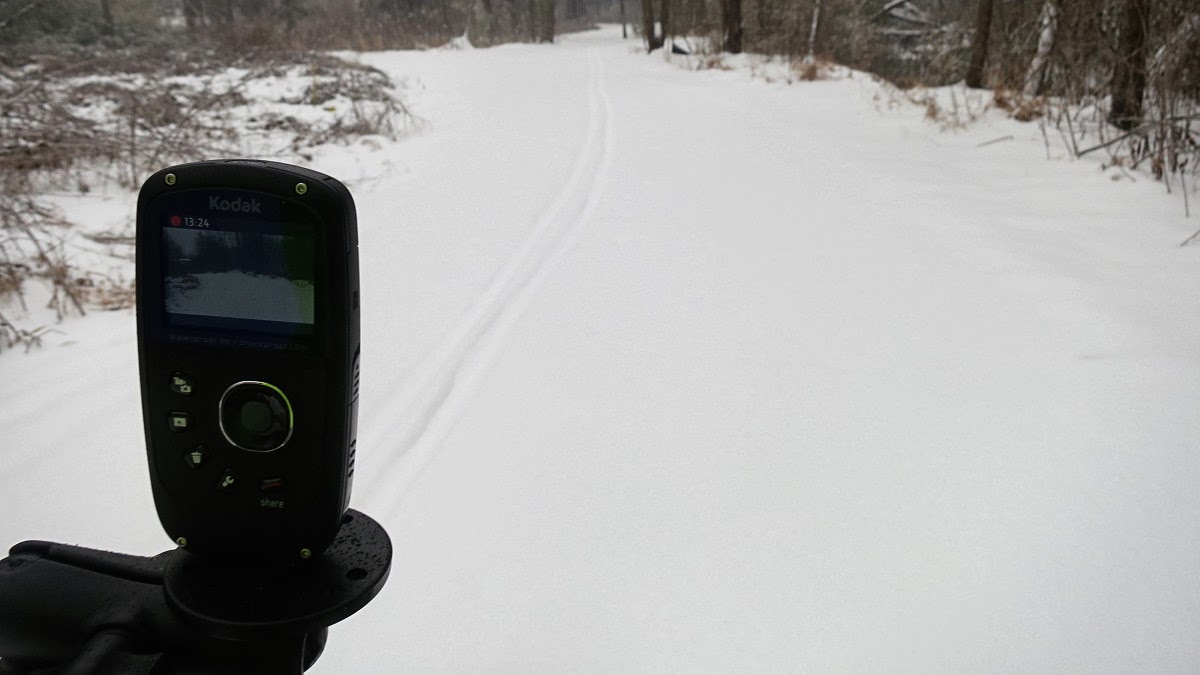 Snow buildup on the tires was more of an issue this time around. 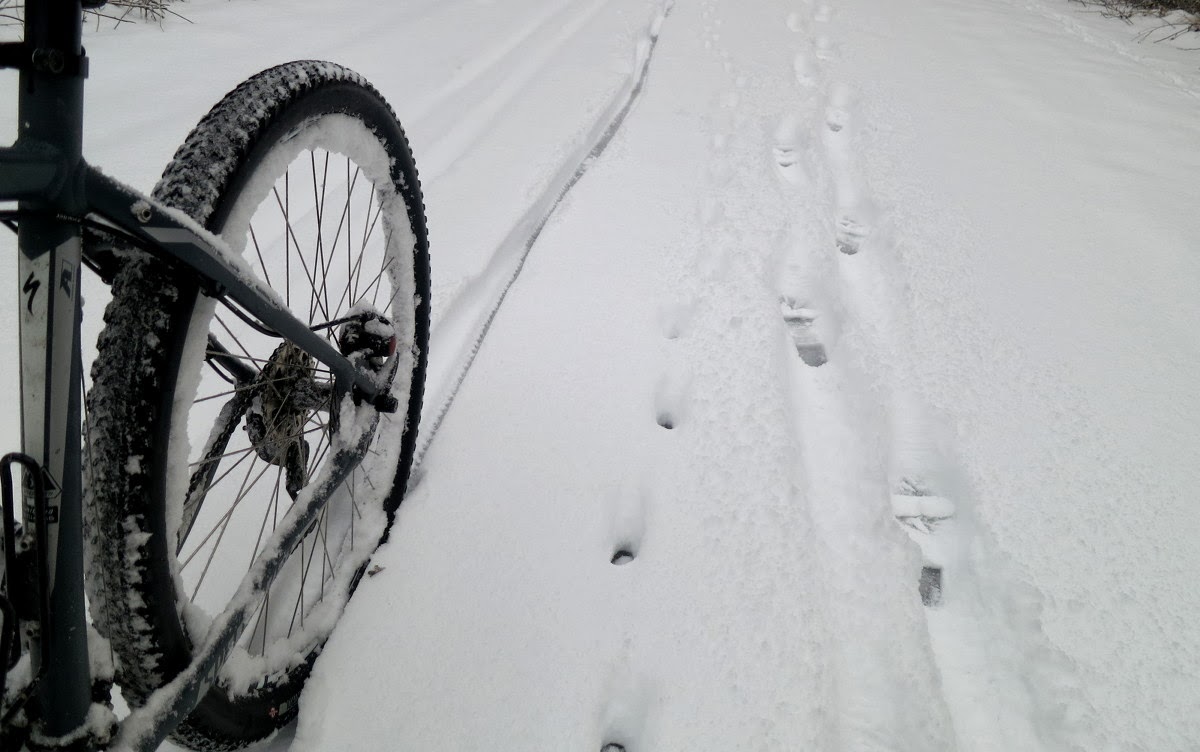 The requisite mug shot to prove it was me on this ride. 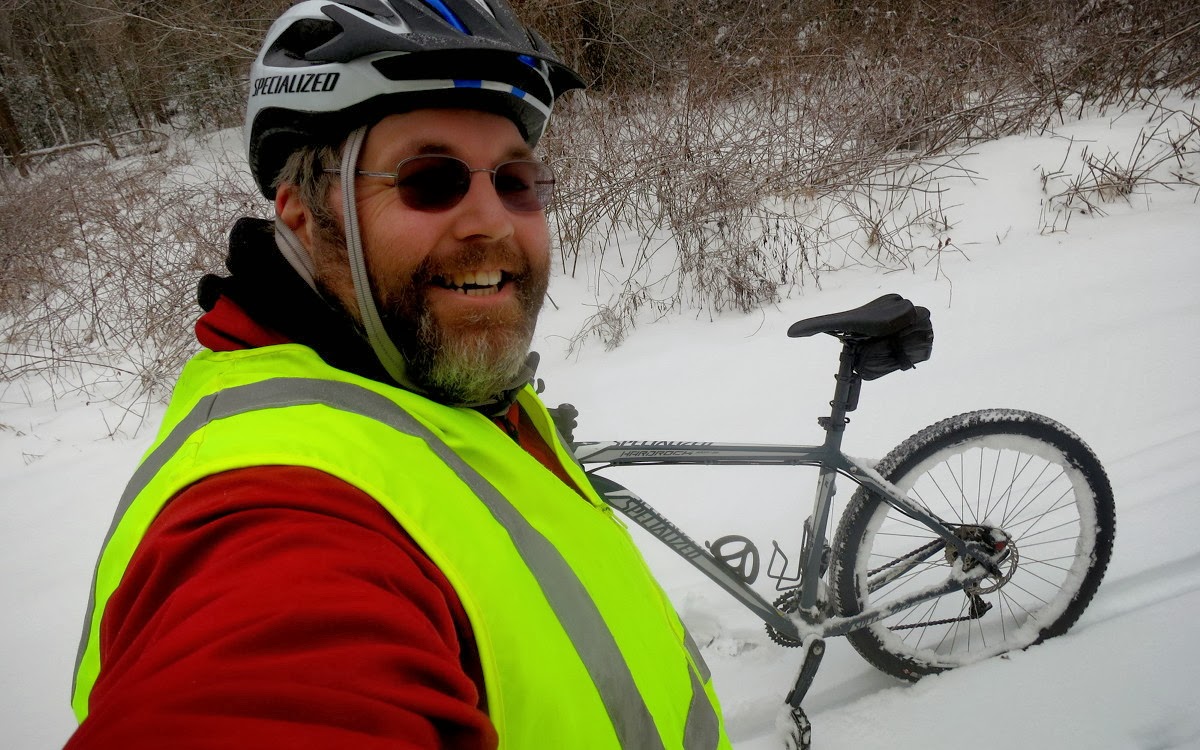 Took a picture of the bike on the bridge to match a similar one from last time, so you can compare the differences in snow coverage. 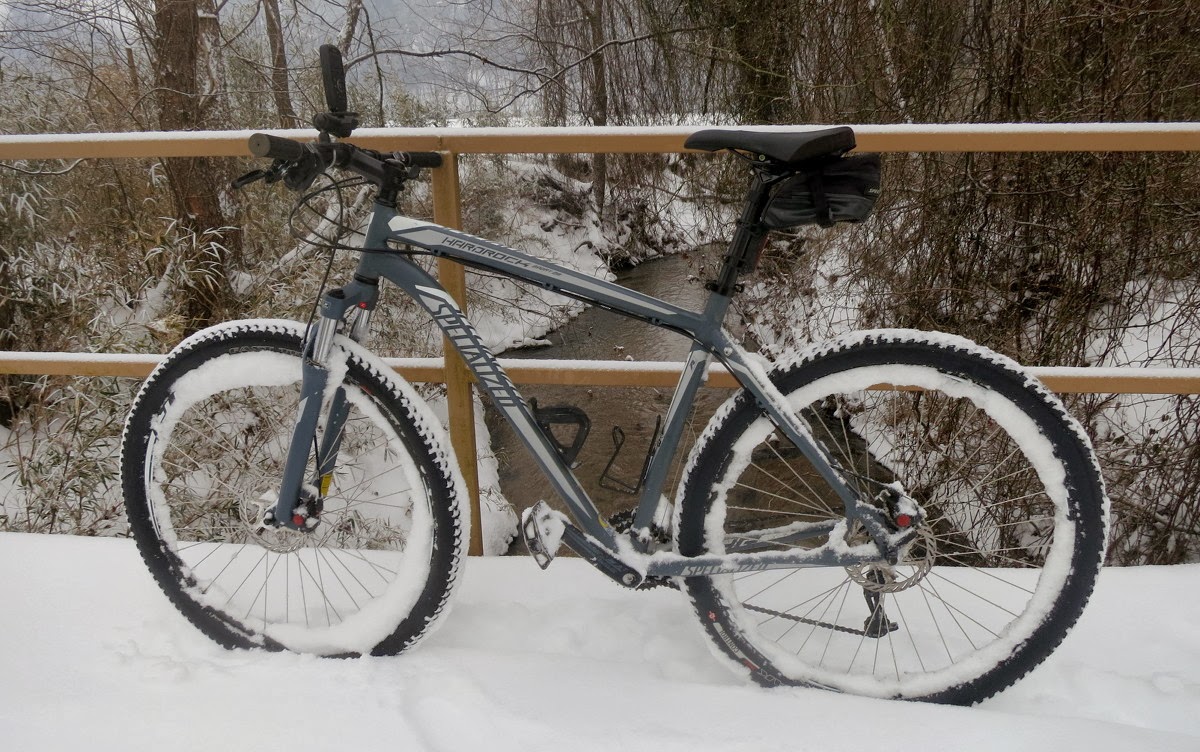 Someone drove a 4-wheeler on the Greenway, which is illegal.  However he went out in the snow, so despite being a monumental jerk, he is at least an adventurous one.  The packed slush from the tires made riding on this part of the Greenway a lot harder than it needed to be. 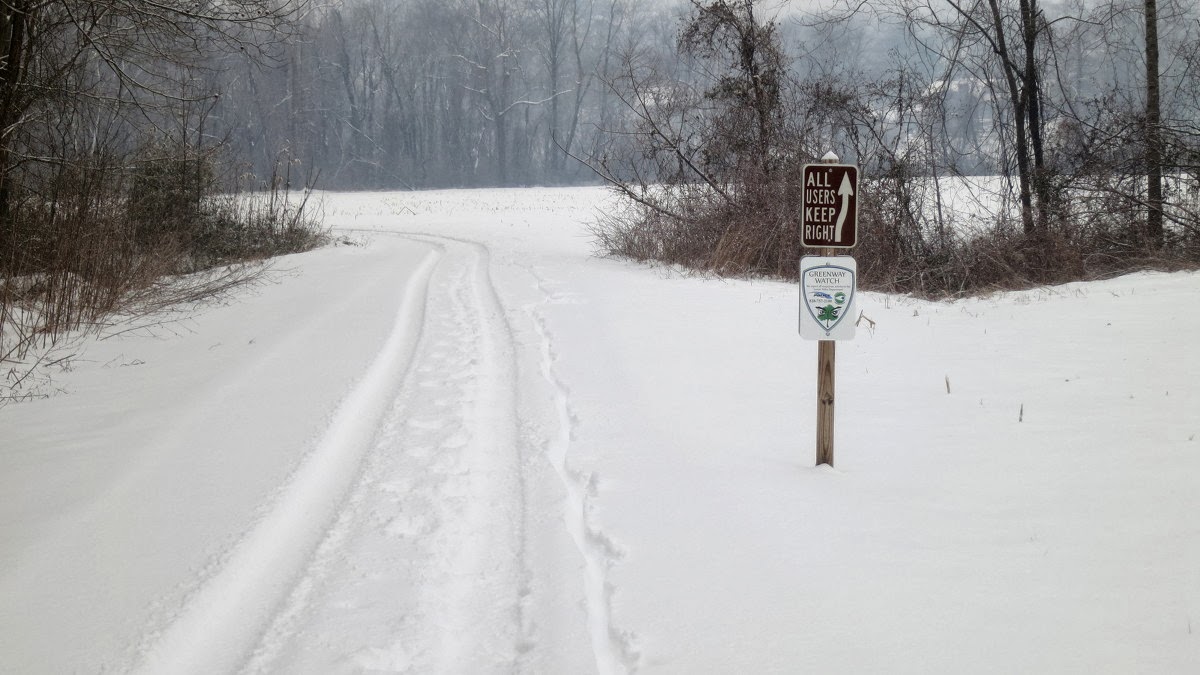 One last look at the slush covered roads.  I am actually quite convinced that plowing, at least without sanding and salting, actually made them much worse, at least in the short term (plowed roads do melt faster, but thats a delayed benefit from this rides perspective). 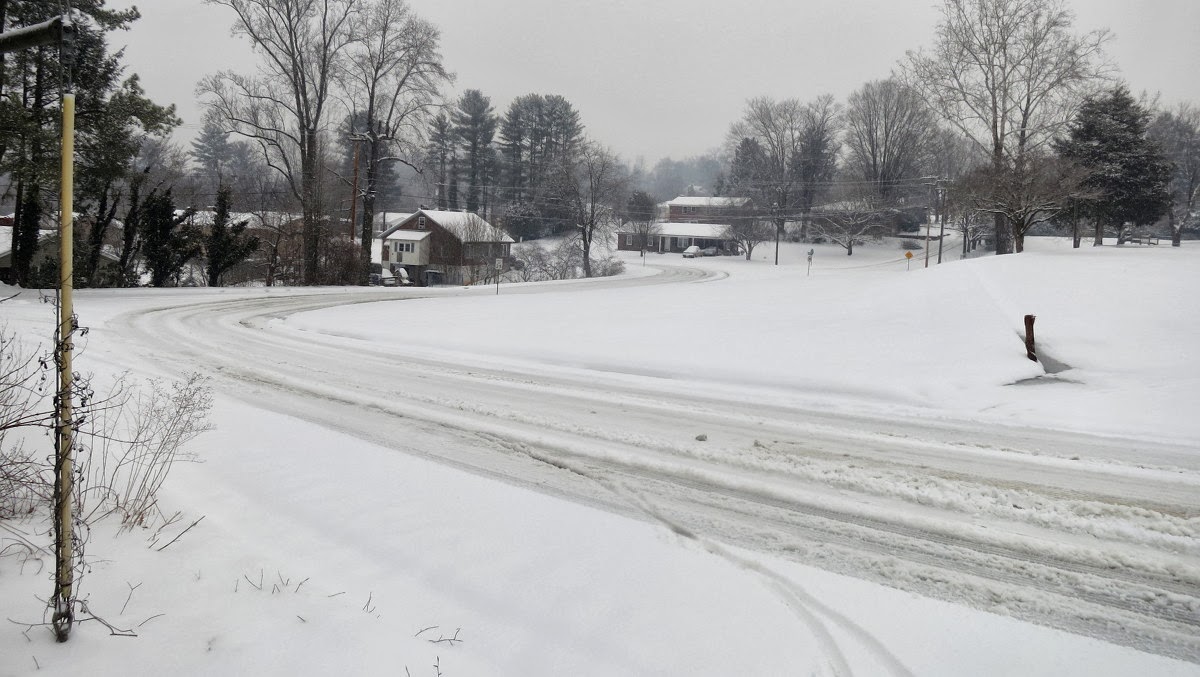 So that was my ride.  6" of heavy wet snow with a slushy base is likely my limit for snow riding.  It was a great experience tho.  I am glad I did it, tho I am also glad that I made it back home to eat second breakfast, cause man was it exhausting.
Posted by Dave DeBaeremaeker at 10:34 AM