This is the sixth installment of my creative cache series.  All of these caches have been spotted in the wild during my various cache hunts.  I hope that by sharing some of the awesome and creative hides that I have found over the years it may inspire others to build and hide their own creative caches.

So lets get started.

A quick and easy way to make a fun cache is to be thematic to the location, such as this cache hidden in the woods behind a ball field.  It is a nano container in a baseball - simple, but effective. 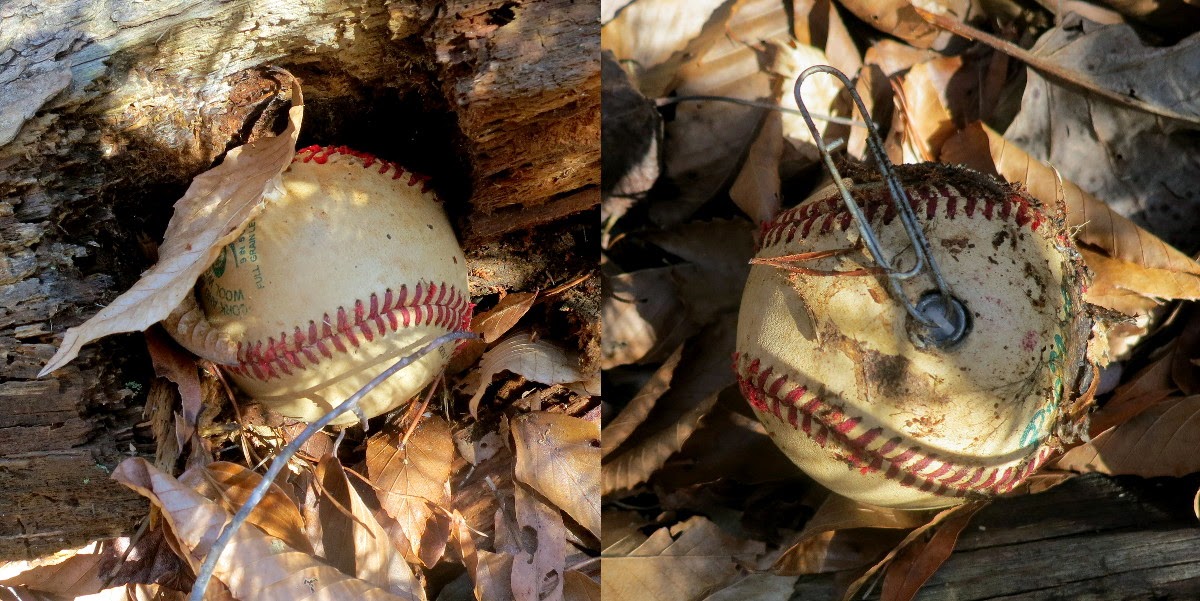 I always appreciate a good gadget cache.  This one requires the use of a credit card to get opened.  When you push in the credit card, it trips a gate latch, which allows the door to be opened.

Sometimes the best geocaches are ones with a twist, or a trick.  This next one has a locked ammo can and a bag of 50ish keys... only one unlocks the can... good luck! (It only took me 25 tries!) Note: if you were wondering, the ammo can and the bag of keys were hidden in a 5 gallon pail (not pictured). 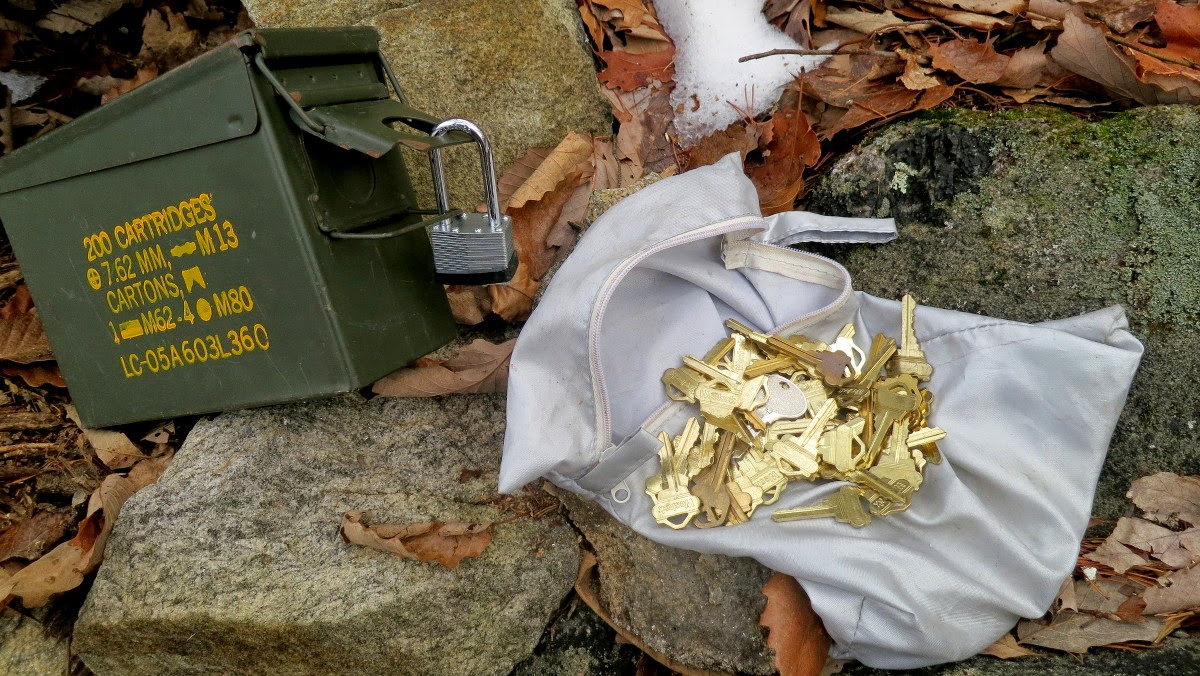 This next cache is the exact opposite of the previous one.  Sometimes the best creative caches are the simplest.  This is a fake plant with a bison tube attached.   This one is hidden 10ft off trail, but easily visible.  100 people a day walk past this point, but I bet none of them notice the cache hidden in plain view.

Using humour is also a great way to make a cache memorable.  This cache is billed as the shortest multi-cache ever.  I don't think I can argue that claim.

You can check out the rest of the posts in this series by clicking here: Creative Cache Containers: The Series.
Posted by Dave DeBaeremaeker at 7:56 PM