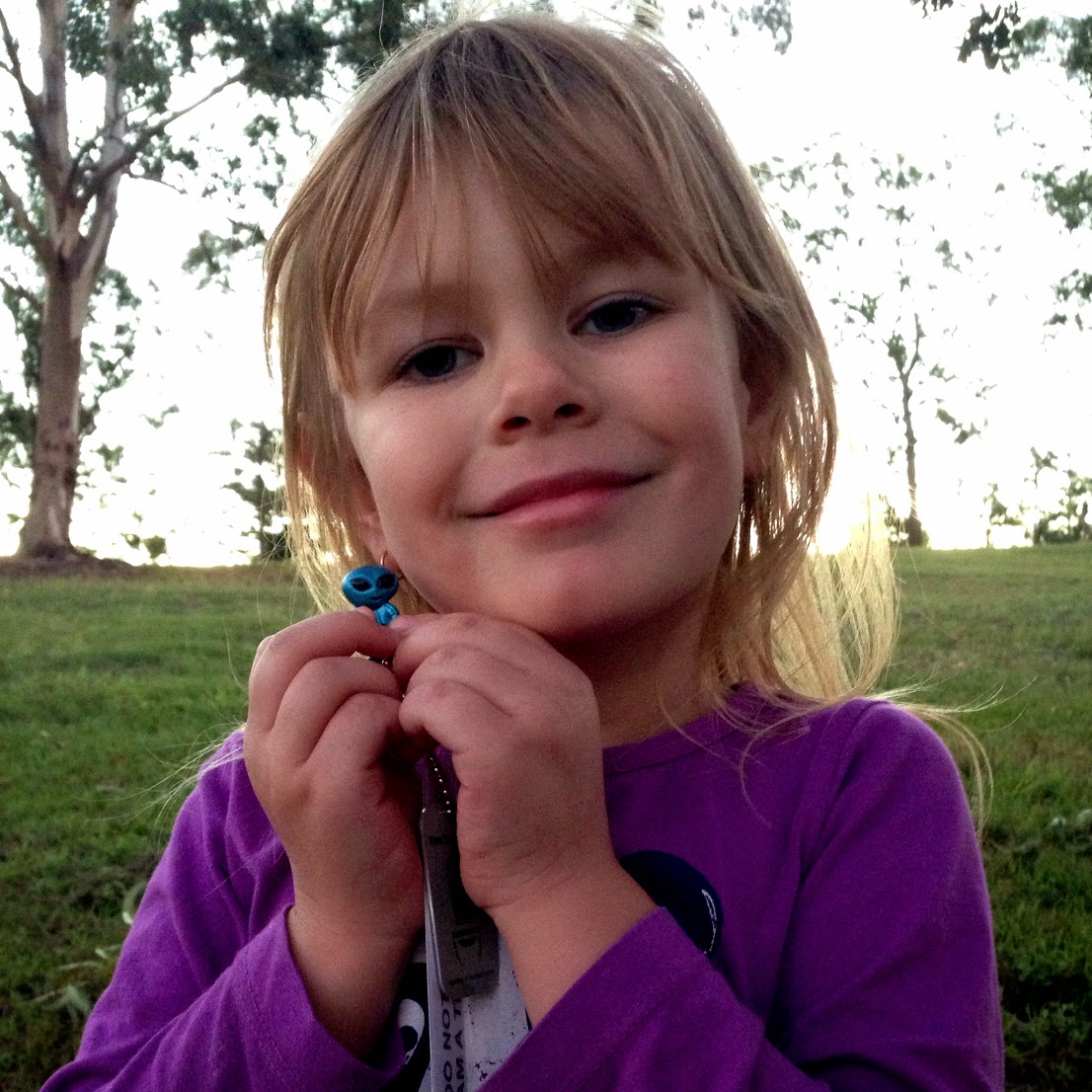 The 2014 Travel Bug Race has gone global. This is an update on the status of the race.

First some background... about a month ago I mailed 16 travel bugs to 16 geocachers on 5 continents around the world. The goal of the race is to see which of these bugs can get back to my home town of Lenoir, North Carolina first.

Some travel bugs are still in the mail and have not arrived, but I now have travel bugs released on all 5 continents.

The one released in Australia received some love from the young cacher who released him.  She liked him so much she went back to the cache he was placed in to take some more pics with the little guy.

The alien that landed in Japan was delayed by a visit from Barack Obama.  He was visiting Tokyo the day the alien arrived, and all of the caches in the area were disabled by Groundspeak to avoid security issues.  So then little guy had to hang out with his host for a few days.  Eventually Obama came back to America, so the drone could finally take advantage of Japans excellent public transit system. 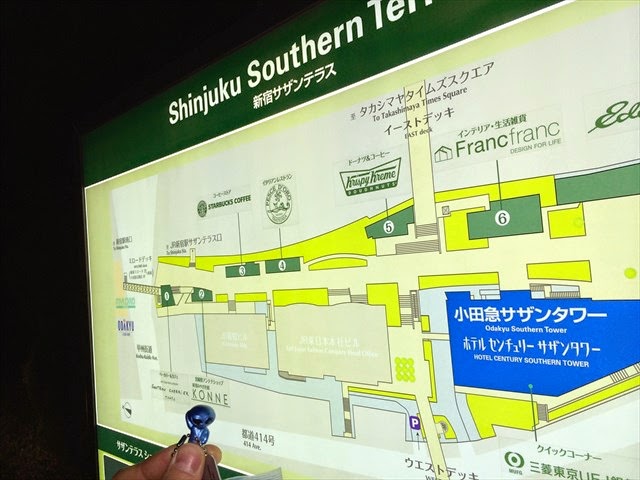 One drone landed at the +PodCacher  studios in sunny San Diego.  He quickly moved on to the coast to get a well deserved Californian beach vacation before moving on. 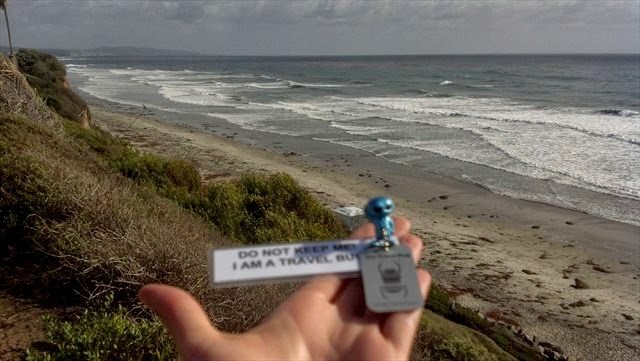 The drone in Australia was home sick after he landed, so his host took him to the closest thing available to outer space - Space Invaders. 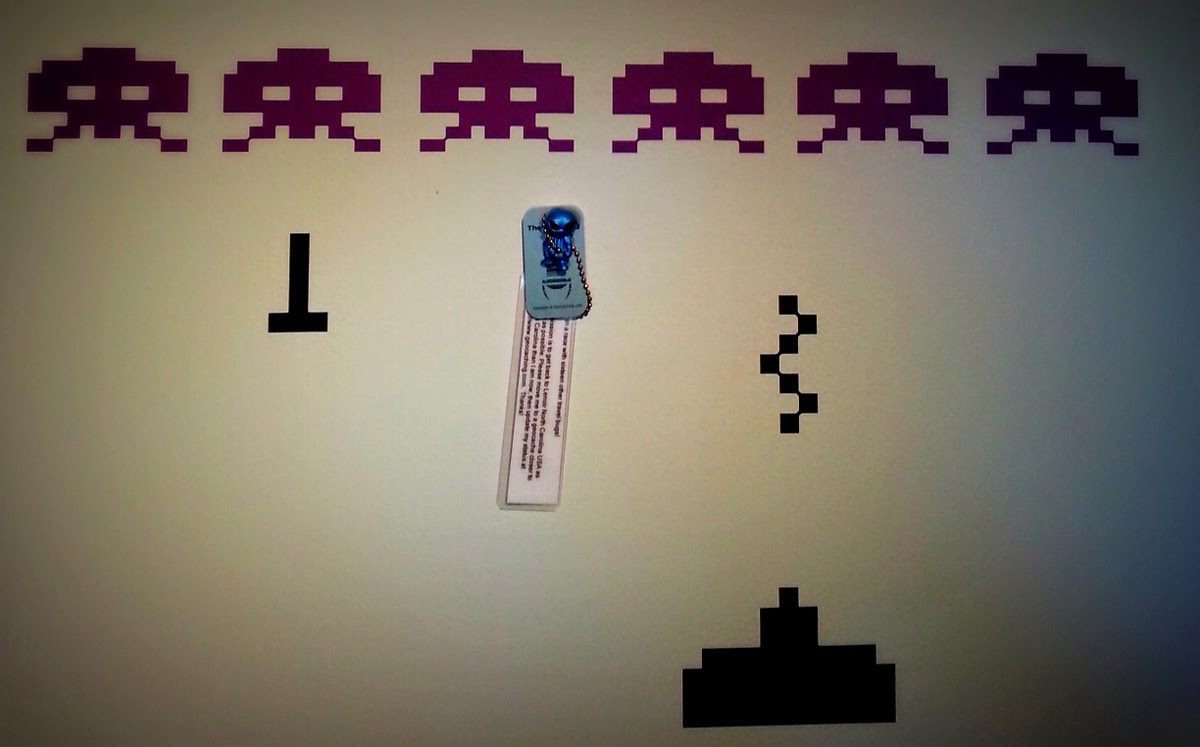 This drone landed in Norway, and headed off to check out the famous fjords. 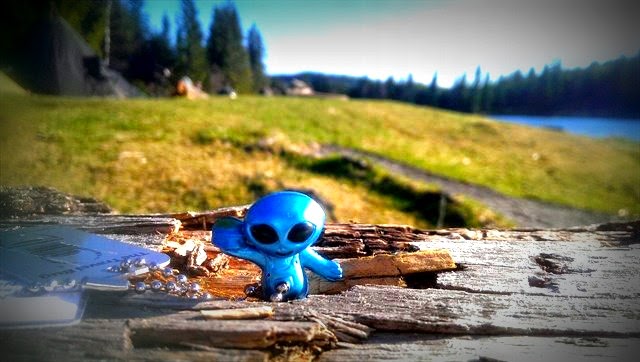 One of two TBs headed to South Africa have landed.  This one has become a huge rugby fan.  Go Springboks! 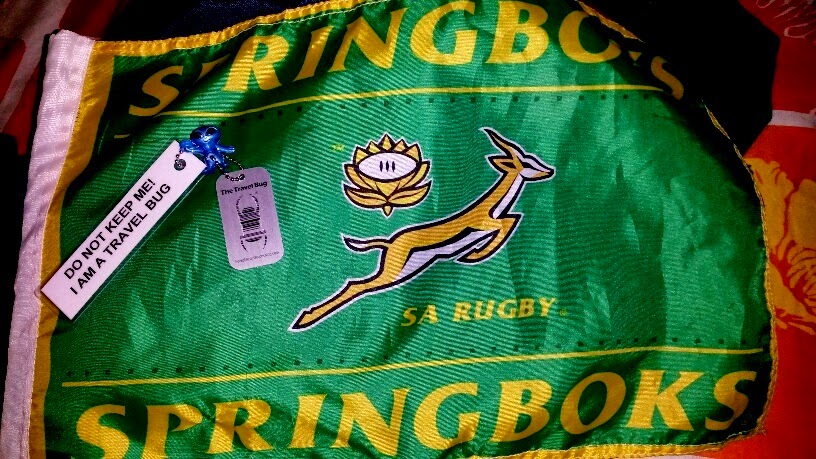 There have also been alien sightings in the Czech Republic, the UK, and Denmark.

So the race is well in hand.  You can keep up with the race on the scoreboard page, and root for your favourite drone.   In the previous race the drone from Australia literally travelled from the other side of the globe to win it all, so at this stage all drones are still in the running.

You never can tell just what will happen in the wonderful world of Travel Bug Racing.  Stay tuned!