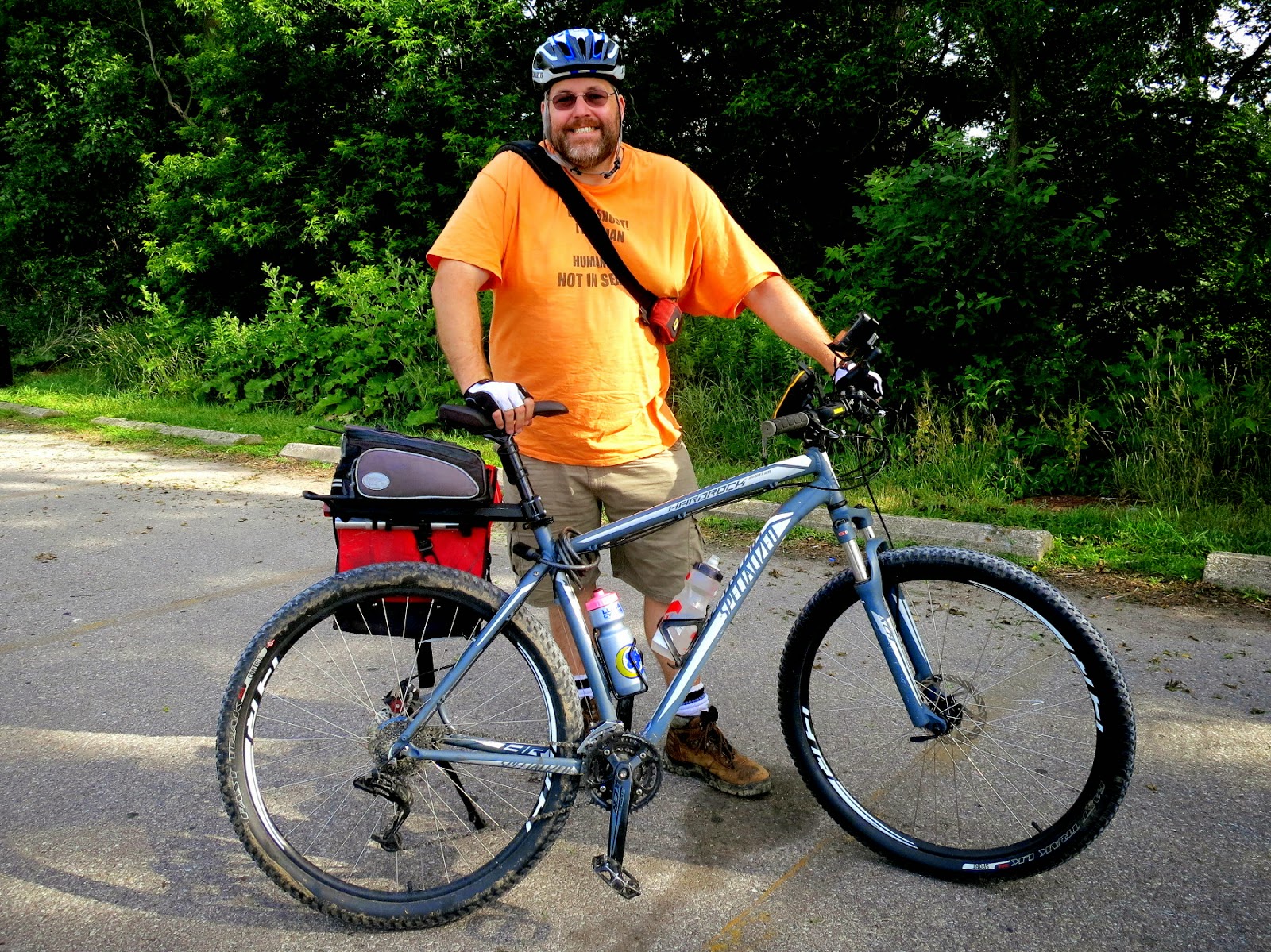 I have wanted to ride some of these trails for a long time, so the last time I visited Canada I brought my Geobike of Destiny, and rode the trail south from Brantford to Port Dover.  The route was about 30 miles, very flat, and ended at Lake Erie.

Now, when I say flat I mean flat.  Over that distance the total elevation is 108ft, and descent is 256ft (for reference, my 5.3 mile commute to work has an elevation gain 5x this one).

I had my wife drop me off at the trail head in Brantford at 9AM, and arranged to have her pick me up by the lake in Port Dover at 5PM... so off I went.

There are a lot of geocaches along the route as well, so I planned on both riding, and finding some geocaches (I actually found my 3000th find during this ride).  Since I was planning on getting off the bike several times I brought along two GPSs. One to navigate to geocaches, and one to keep track of my ultimate destination and record the route of my bike (avoiding all the side excursions to find caches). 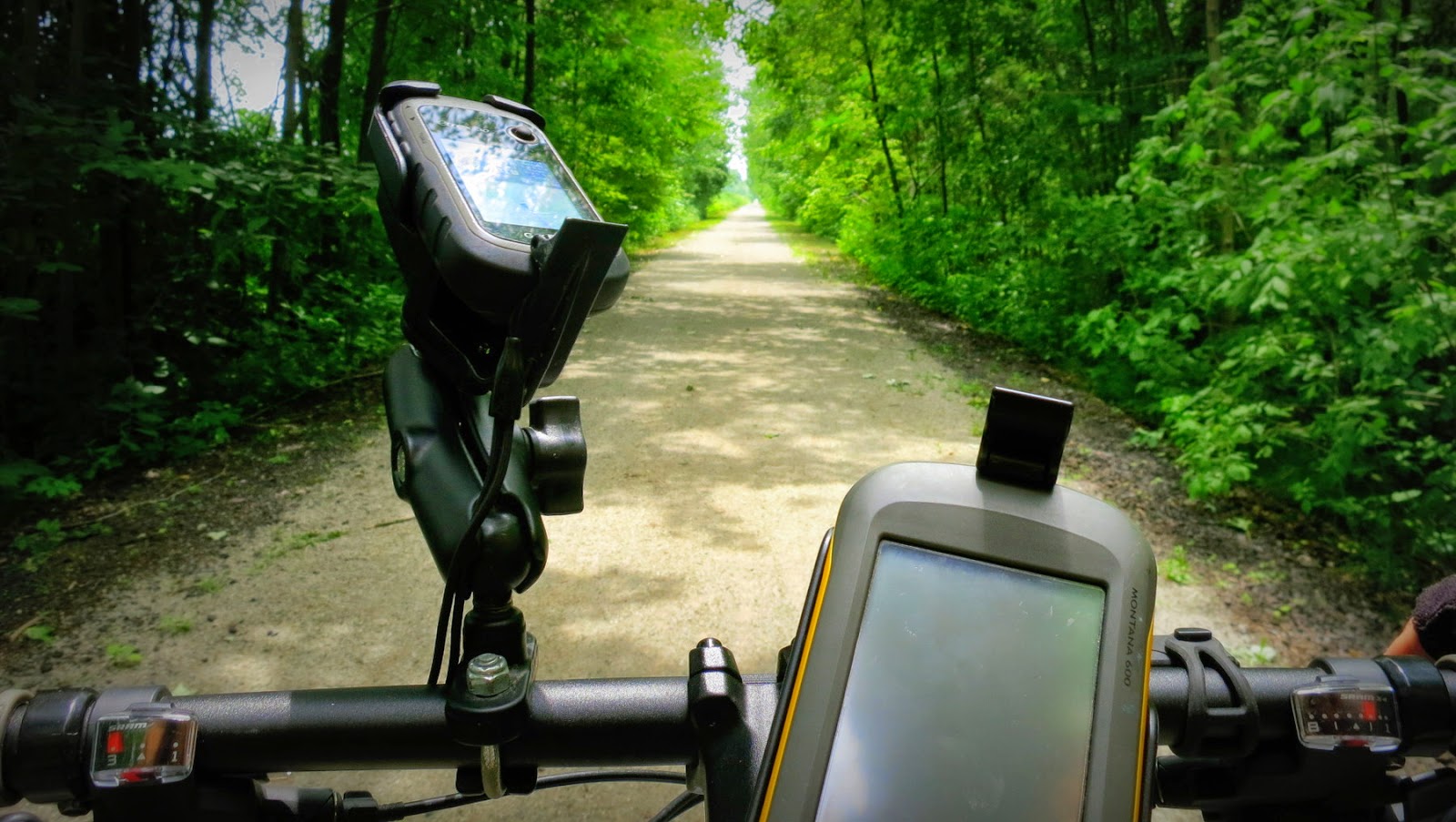 The trail winds its way through a lot of beautiful farmland, so I got an eyeful of this sort of view a lot along my journey. 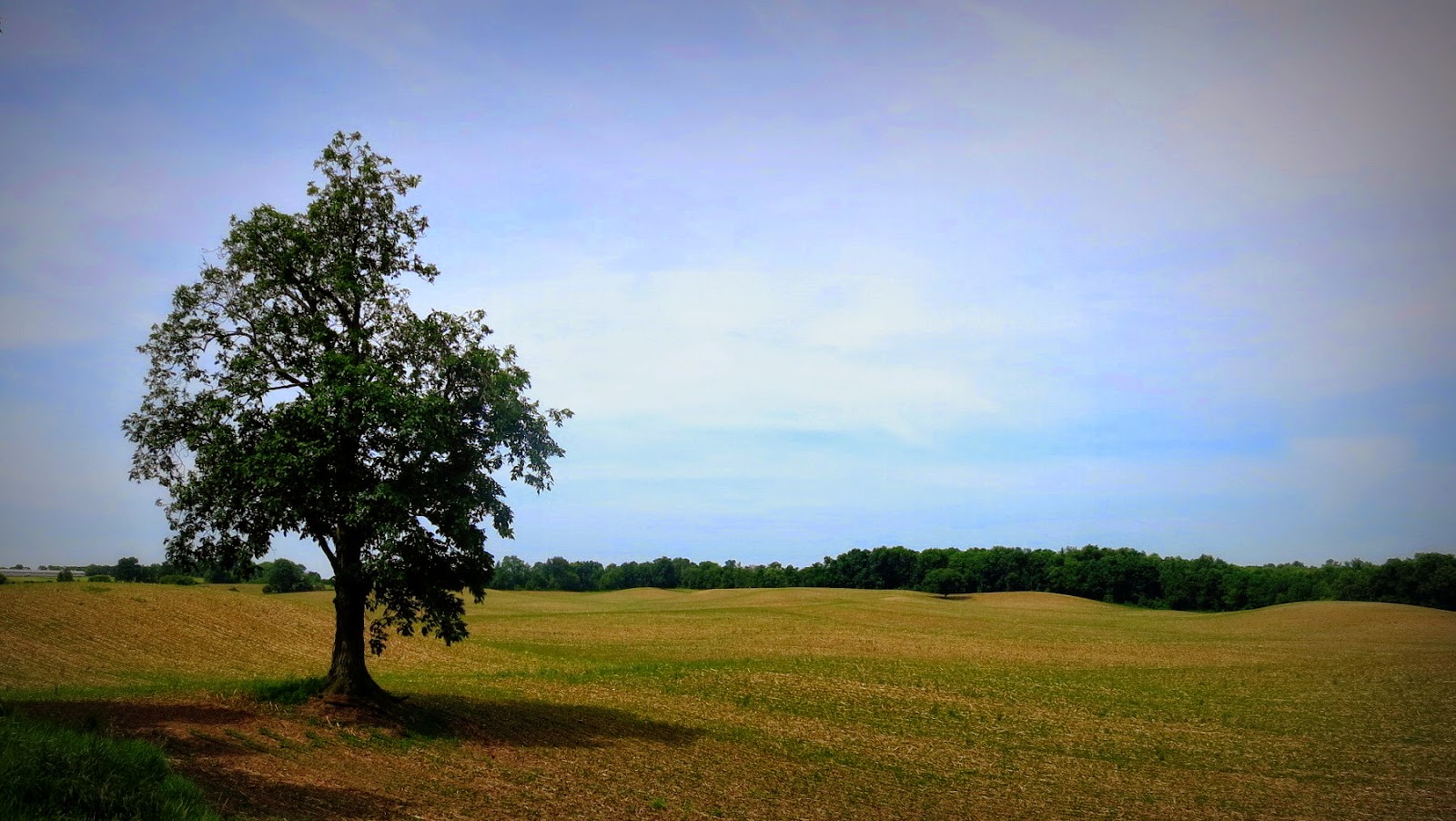 There was not a lot of water along the way, so this was a nice site to run across.  Appropriately this was taken while passing through the town of Waterford. 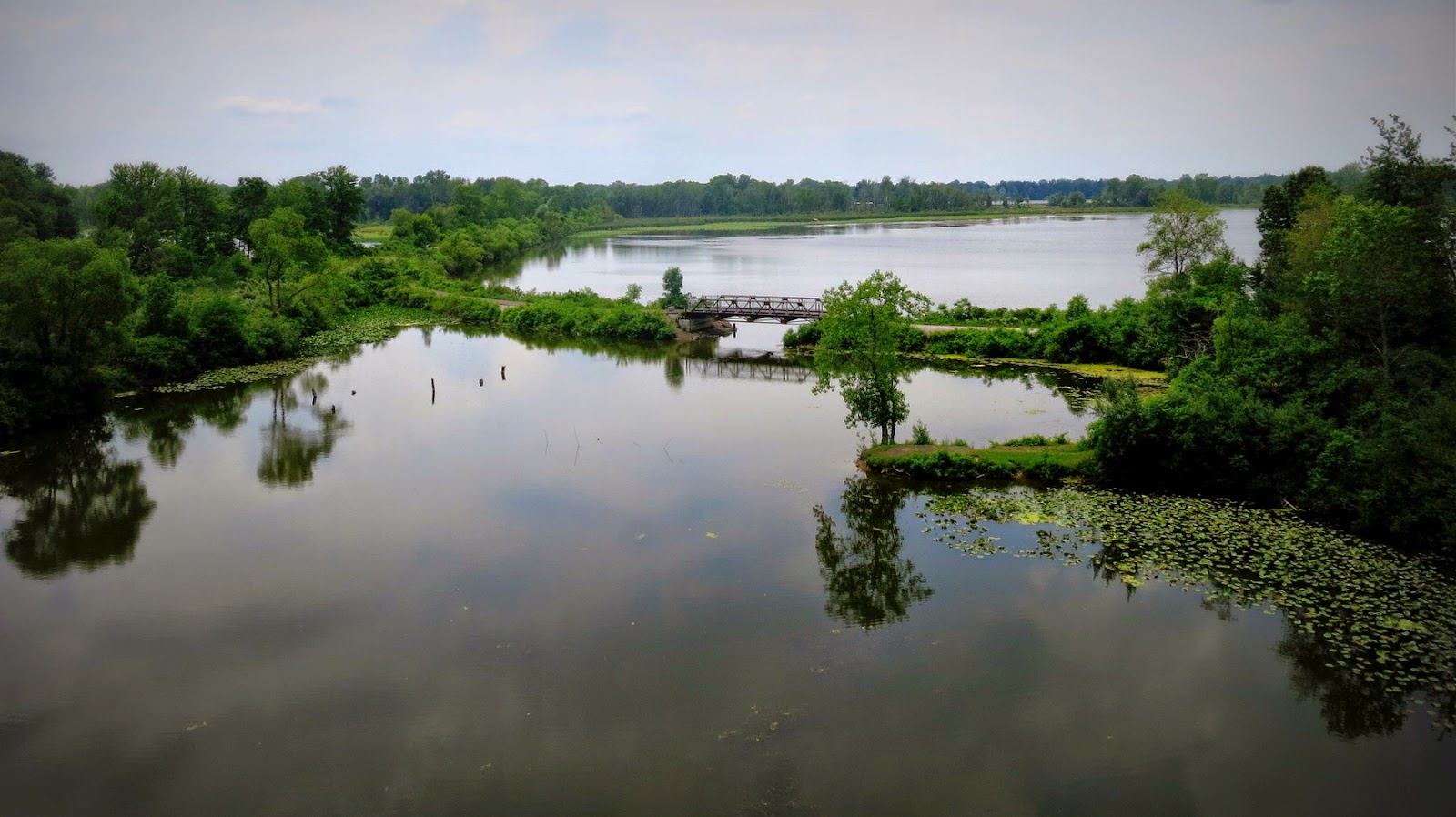 More awesome farmland.  I am pretty sure the foreground is winter wheat (tho I am not a farmer, so who am I to say?). 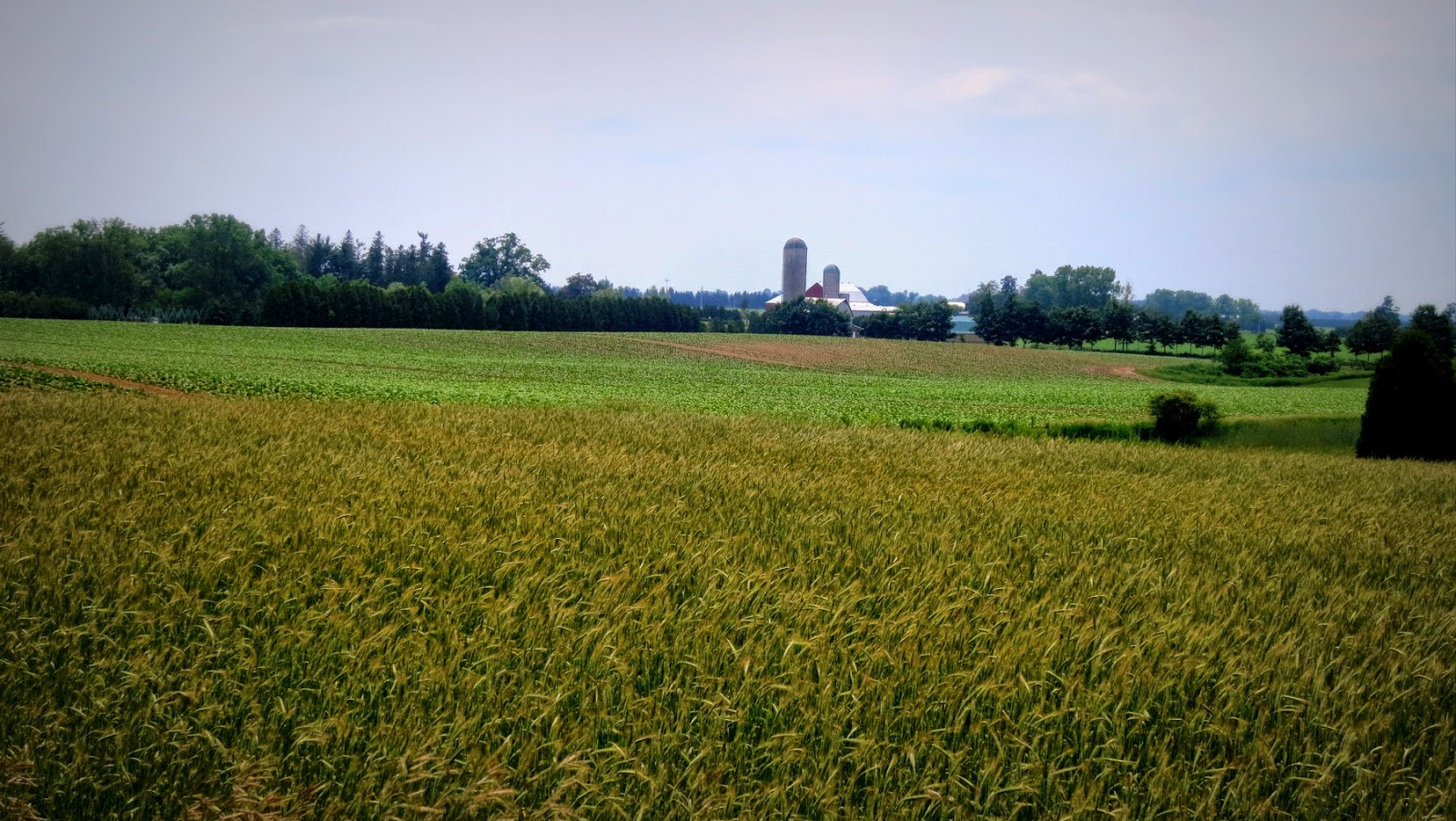 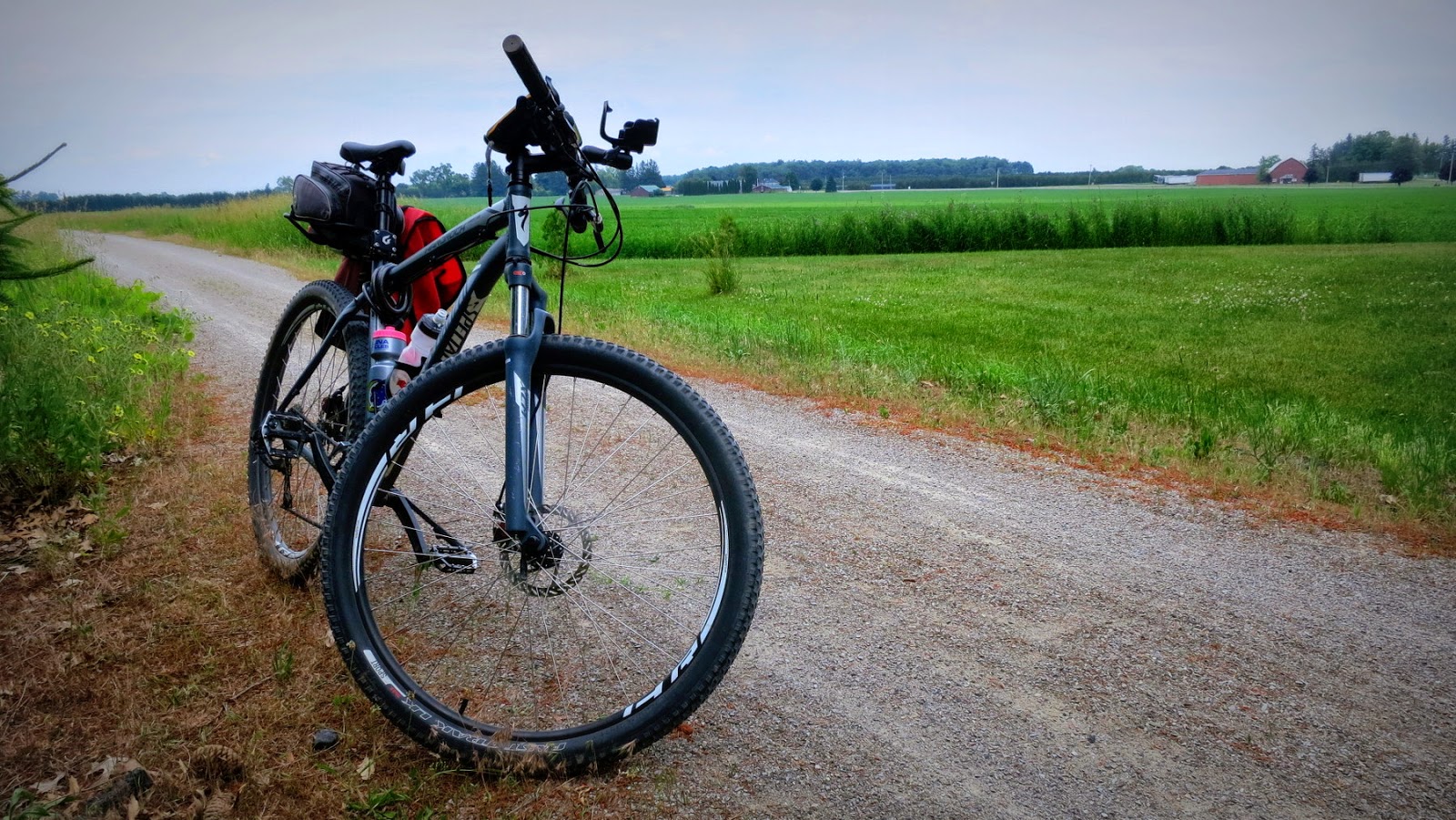 Approximately 20 miles into the ride sits the town of Simcoe.  Like all good Canadian towns, Simcoe contains a Tim Hortons, conveniently located right along the trail (the density of conveniently located donut shops is why Canada will always be the best country in the world.)  So I stopped here for some refreshments, and a much needed break from the trails. 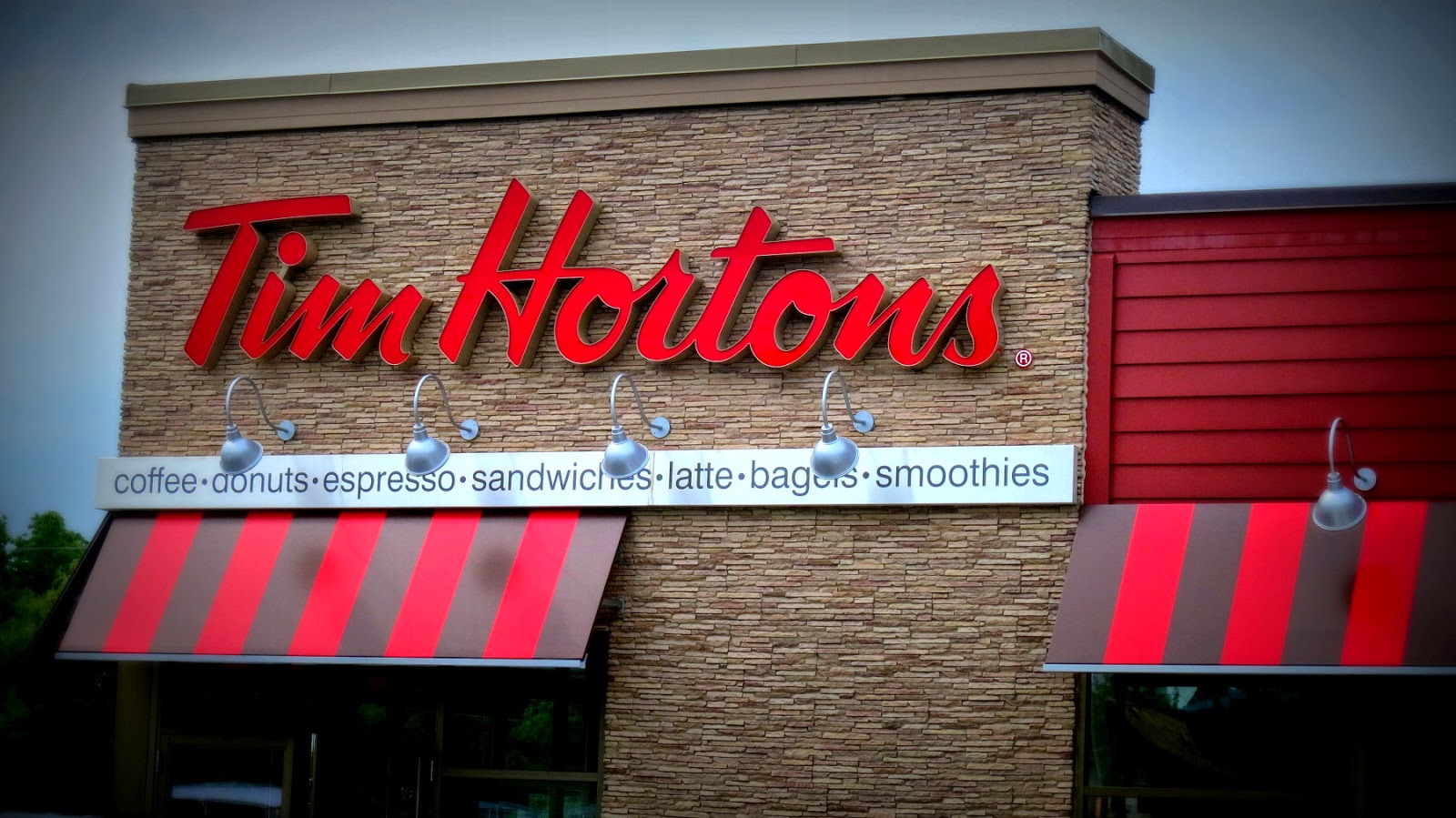 The final third of the trail was wooded, and meandered a lot more.  There was more evidence that this trail was once connected to the Great Canadian Railway system. 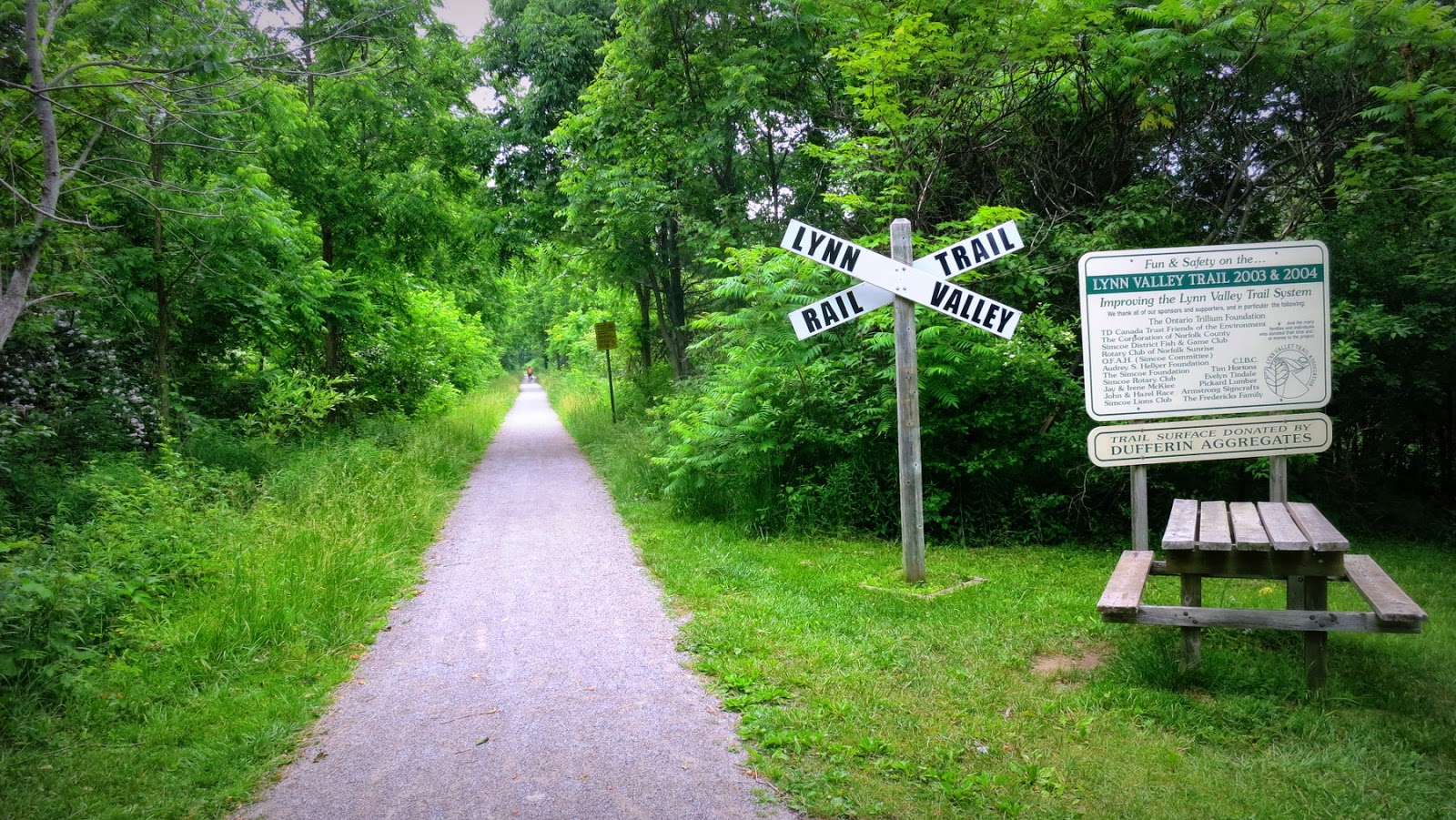 The trail ends at Lake Erie.  It was a great feeling to be able to ride to the end of the pier.  The views were a nice ending to a great day.  My wife met me there, and we headed off to eat some food at a restaurant overlooking the lake. 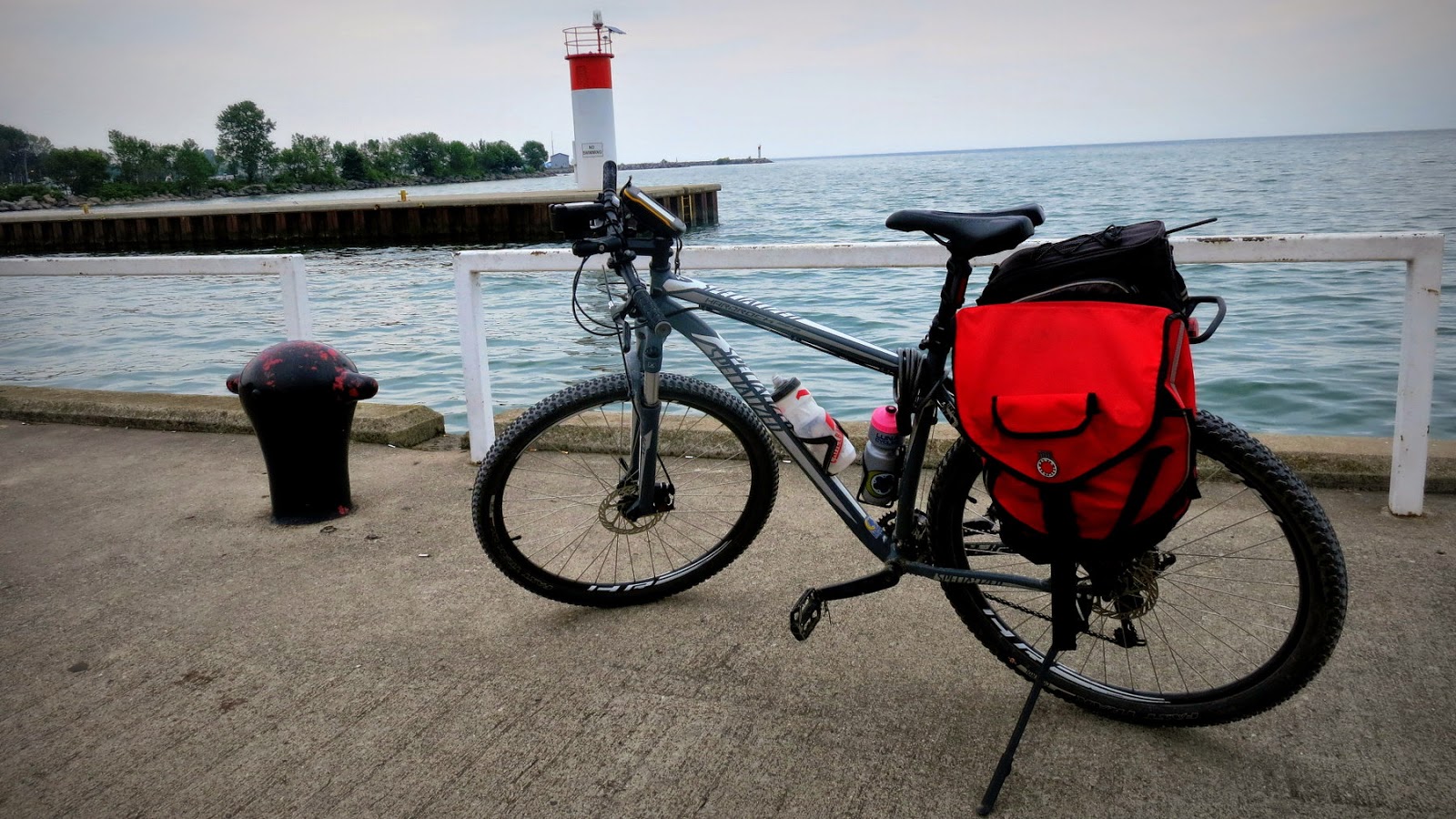 All in all I did 33.5 miles on my bike, and found 30 geocaches.  It pretty much wore me out, but I had a great time doing it, and I can't wait to do it again.
Posted by Dave DeBaeremaeker at 8:37 PM