A Road Trip in Central Ontario 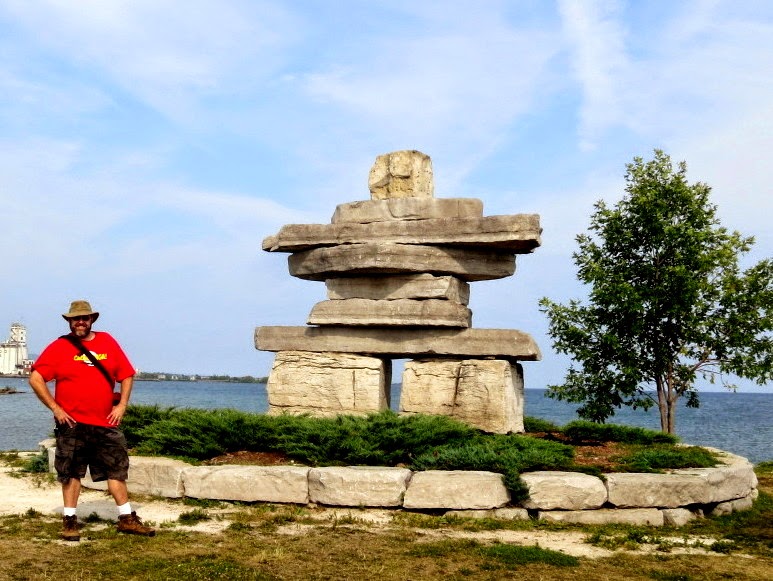 A few days ago while I was back up in Canada visiting my in-laws, I went on a mini road trip to explore parts of central Ontario.

This post covers the basics of that trip, and I will cover some significant sights I saw in more depth in follow up posts.

I started my day by getting up at 5:30 AM, driving to Tim Hortons for breakfast, then getting some miles in.  I am based in Haldimand County, right along Lake Erie, so I had a couple hours drive ahead of me.

My first stop was at a virtual cache at a Korean War Memorial in Brampton.  There was a box of poppies there, so I stocked up for my own personal stash since they are hard to come by in the US where I now live. 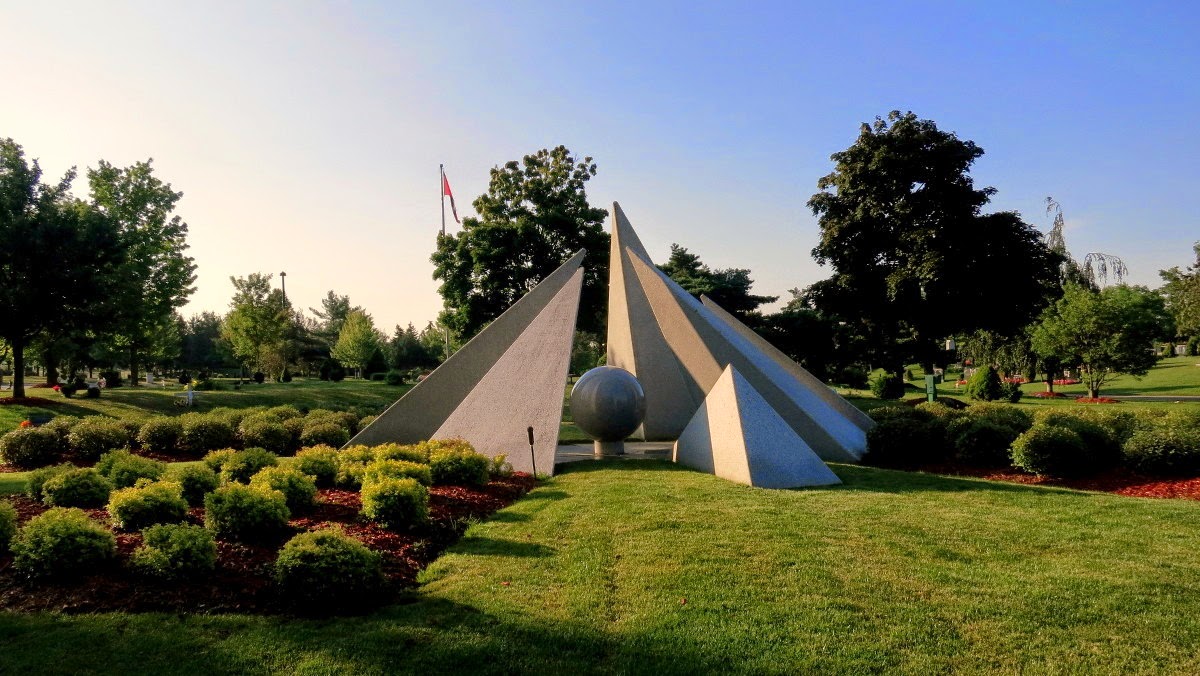 My next stop was in Newmarket Ontario, where I was born and raised for the first 6 years of my life( I quasi-covered that visit in the post Origin Stories).

I then headed to a YMCA park on Lake Couchaching to visit an old limestone quarry. According to the earth cache at this location, the limestone from this quarry was extra pure and smooth, and was prized by lithographers world wide as excellent material for making printing plates. 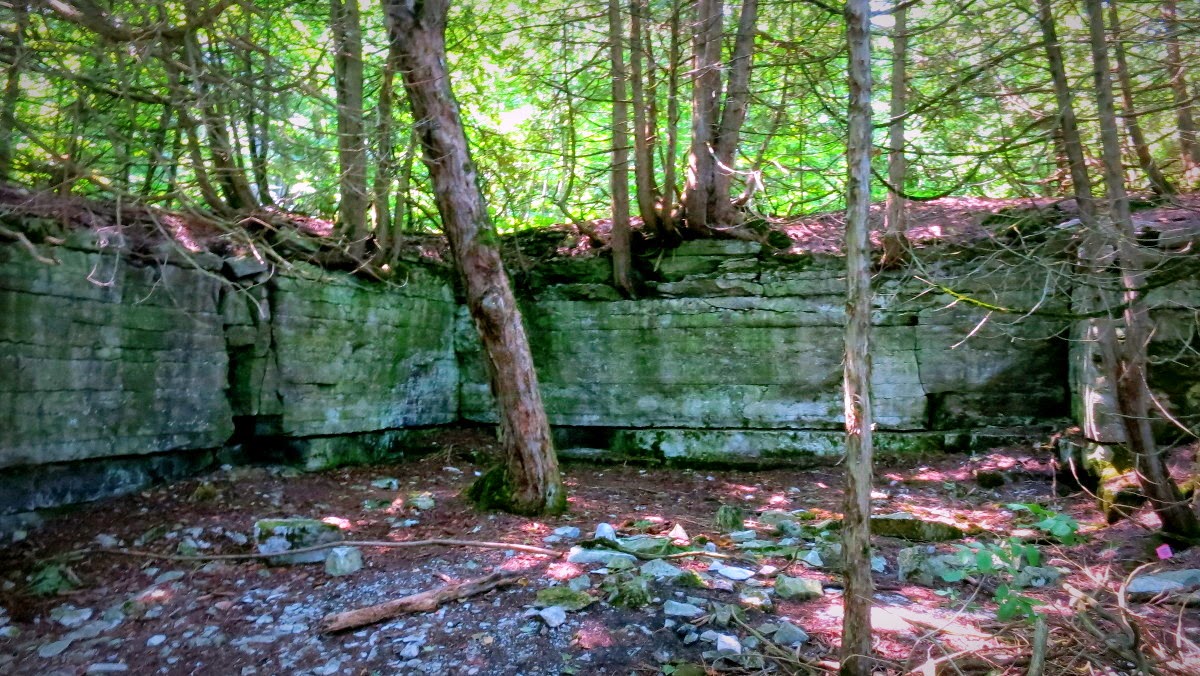 While I was near Lake Couchaching I did a multi-cache on an elevated walkway that leads out over wetlands. 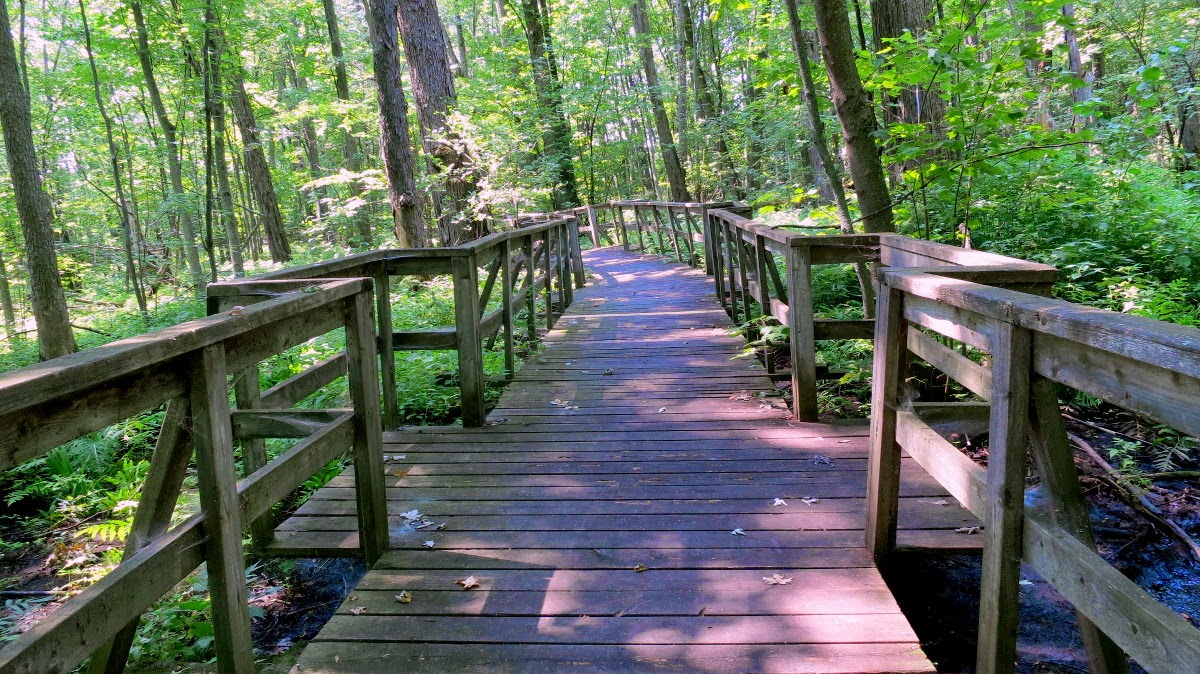 I then worked my way northward to Penetanguishene (heck of a town name, eh?) to do some more caching, and attend an event.  Hanging out with local cachers is always a treat, wherever I go.  Along the way I got this panoramic shot of the town from the highest park in the area.

The next day I headed west to the southern shoreline of Georgian Bay.  I started the day by doing a cache at the ruins of a castle (not something normally one can say in Canada - we're not really castle folk - that deserves its own post).

I then checked out the Georgian Bay shoreline from an awesome park in Collingwood.  I brought my bike with me, and I took extra time to ride it up and down the excellent bike paths they have running along the shore.  They also have an inukshuk, which I am always a sucker for. This one was rather large and impressive. 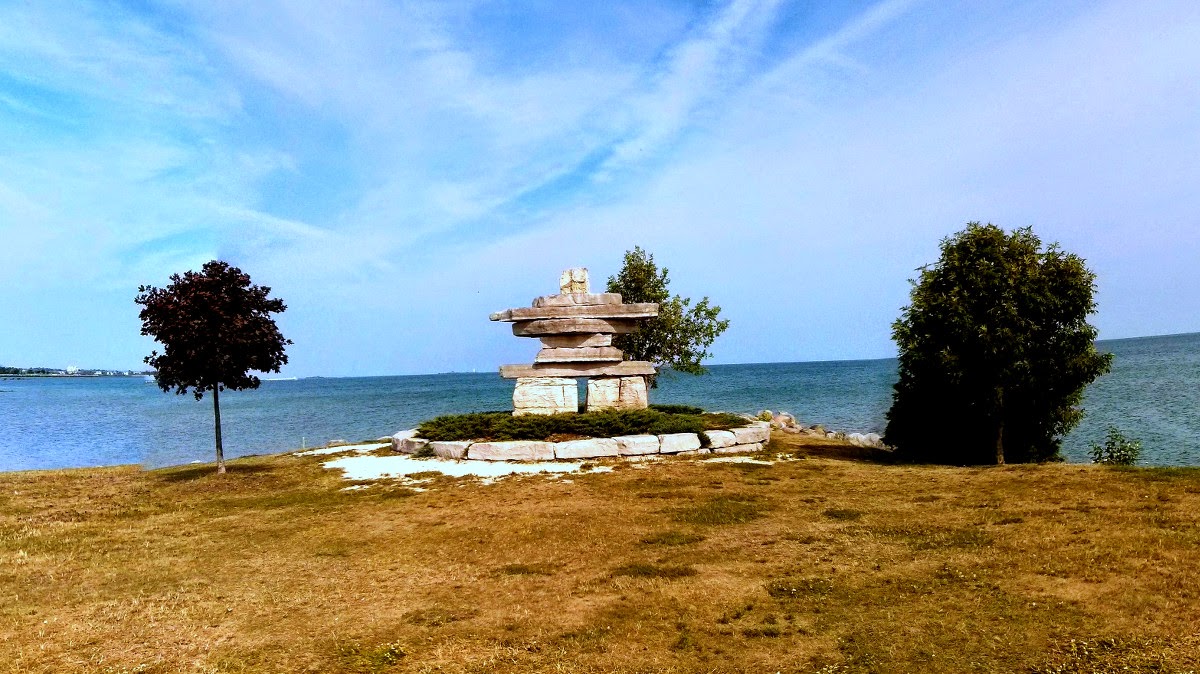 From there I visited an earth cache at artesian well that boasts the cleanest water in the world (something to do with the unique ground formations causing extra awesome filtration).

I then did the second oldest active cache in Ontario, Bending Tree (another post coming).

Next up was a visit to an old church (covered up, assuming for its own protection), that was used by the first black settlers from the US, who came to Canada to avoid the slavery issues in the US.  Those black folk also helped defend us in the War of 1812 - just goes to show it pays to be nice to folks. 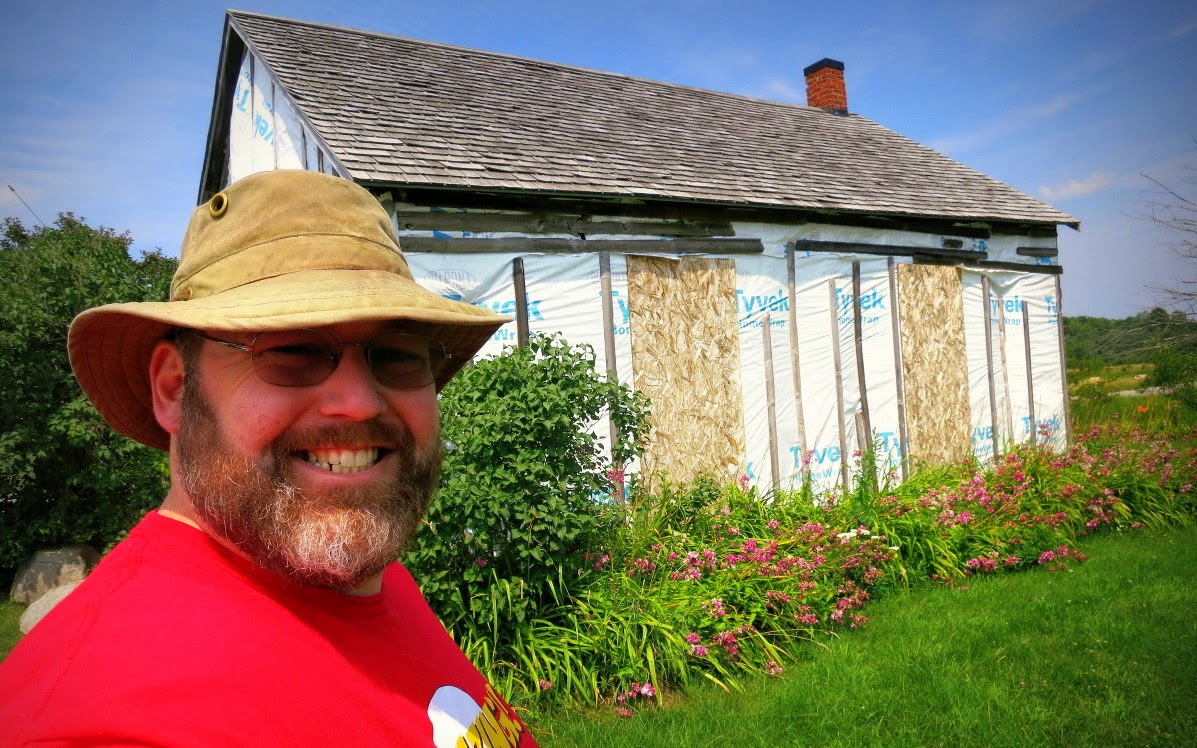 My next stop was at an old ghost town called Josephine (yet another post coming up!).

I finished my trip by doing an earth cache at The Devils Punchbowl in Hamilton Ontario, at which I captured this panoramic shot of the Hamilton skyline.

After that I headed back to my in-laws place.  It was a quick trip, but a fun one, and I ended up seeing a lot of history I didn't know existed - all in an area of the world that was essentially my backyard-at-large for the first 33 years of my life.

Stay tuned for more posts about the castle, ghost town, and second oldest cache in Ontario - coming soon to a blog near you.
Posted by Dave DeBaeremaeker at 3:36 PM