The GeoTrails Of Spartanburg South Carolina 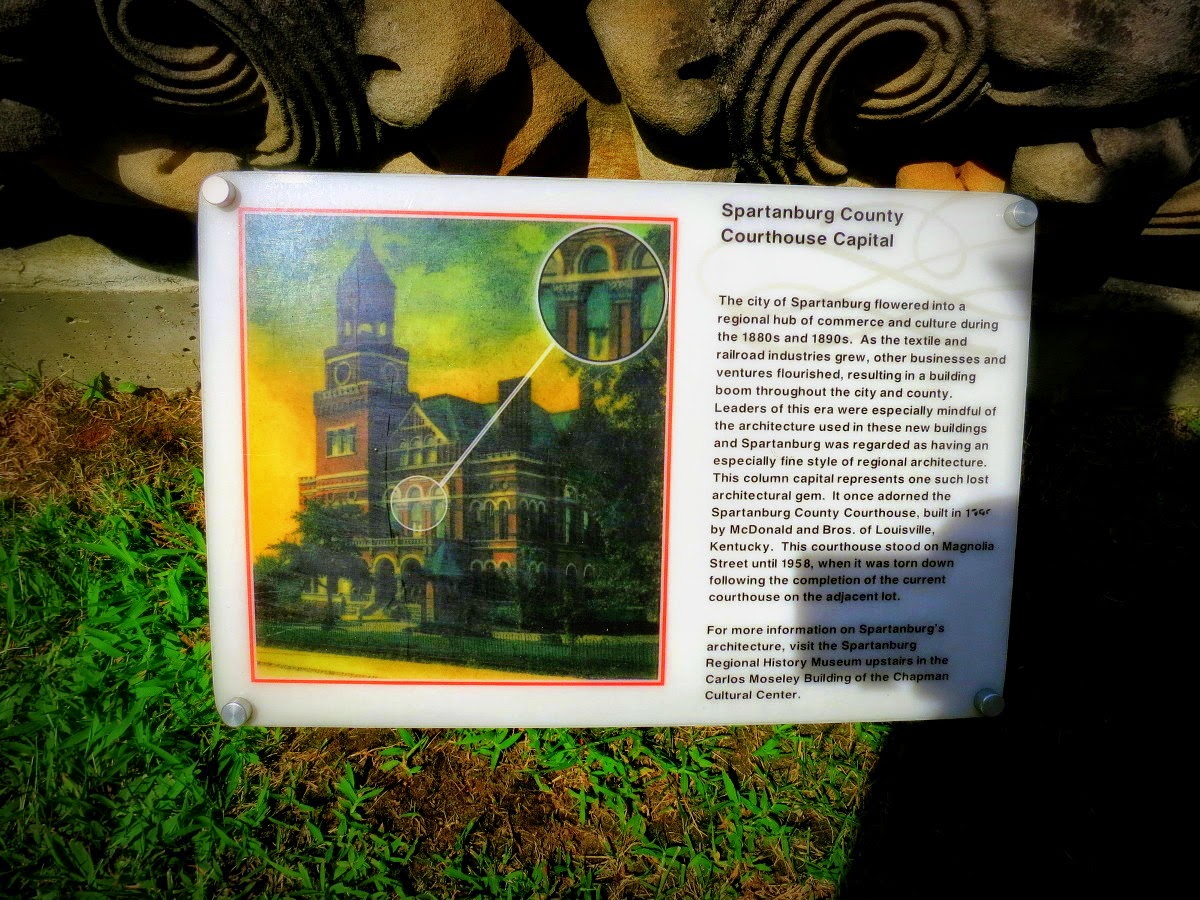 Spartanburg South Carolina is home to several geotrails.  I figure it was about time I experienced some of them. Luckily I had a free day thanks to Labour Day.

So with this mission in mind, on Labour Day I left the house at the crack of dark and drove the 2 hours over to Spartanburg SC to see if I could put a dent into some of the geotrails in the area.

If you are not aware, a geotrail is basically a series of caches that revolve around a theme - normally features of an area - and as one finds caches one gathers information and records it into a passport.  When completed, the passport can be traded in for a geocoin.

I started my day doing the Hub City Spartanburg Geotrail.  This is a series of caches that takes one to various parks, walking trails, and cultural centers (art councils and community theaters), all clustered fairly closely around the city.  There are 25 caches on this geotrail, and one needs to complete at least 20 of them to qualify for a geocoin.  I ended up attempting all 25, however I DNFd one.

For this trail one had to collect a code hidden in the geocache and record it in the passport (which is, basically, just a paper with a grid of geocache listings on it).

Some of the geocaches were basic magnetic key holders, bison tubes, and lock'n'lock containers. However a couple were really cool containers like this one: 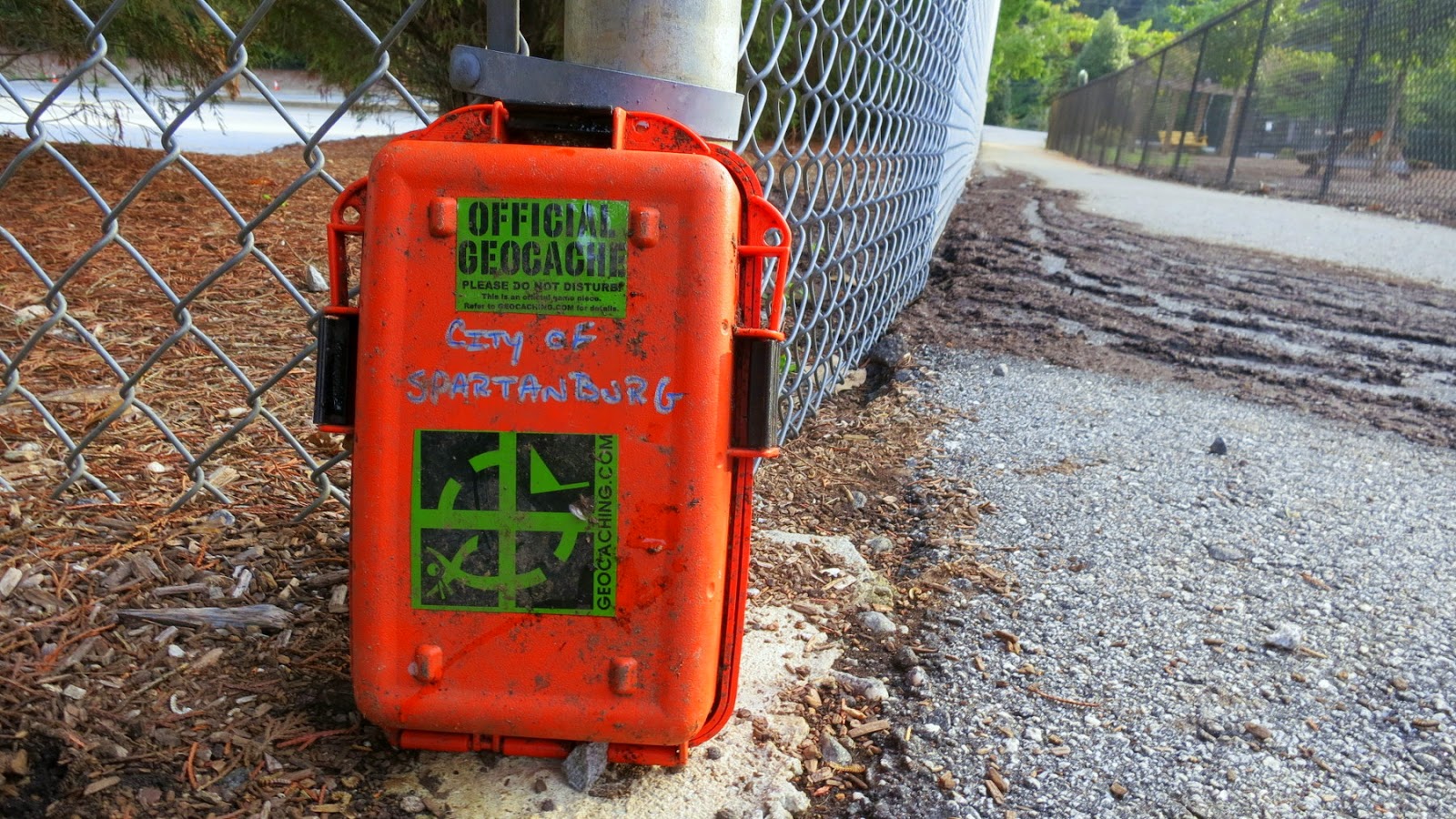 The majority of the caches along the Hub City Geotrail were in parks of some sort or another. Several were in a large green space in the middle of a city, which featured a series of trails running through some woodland, and along this really pretty lake. 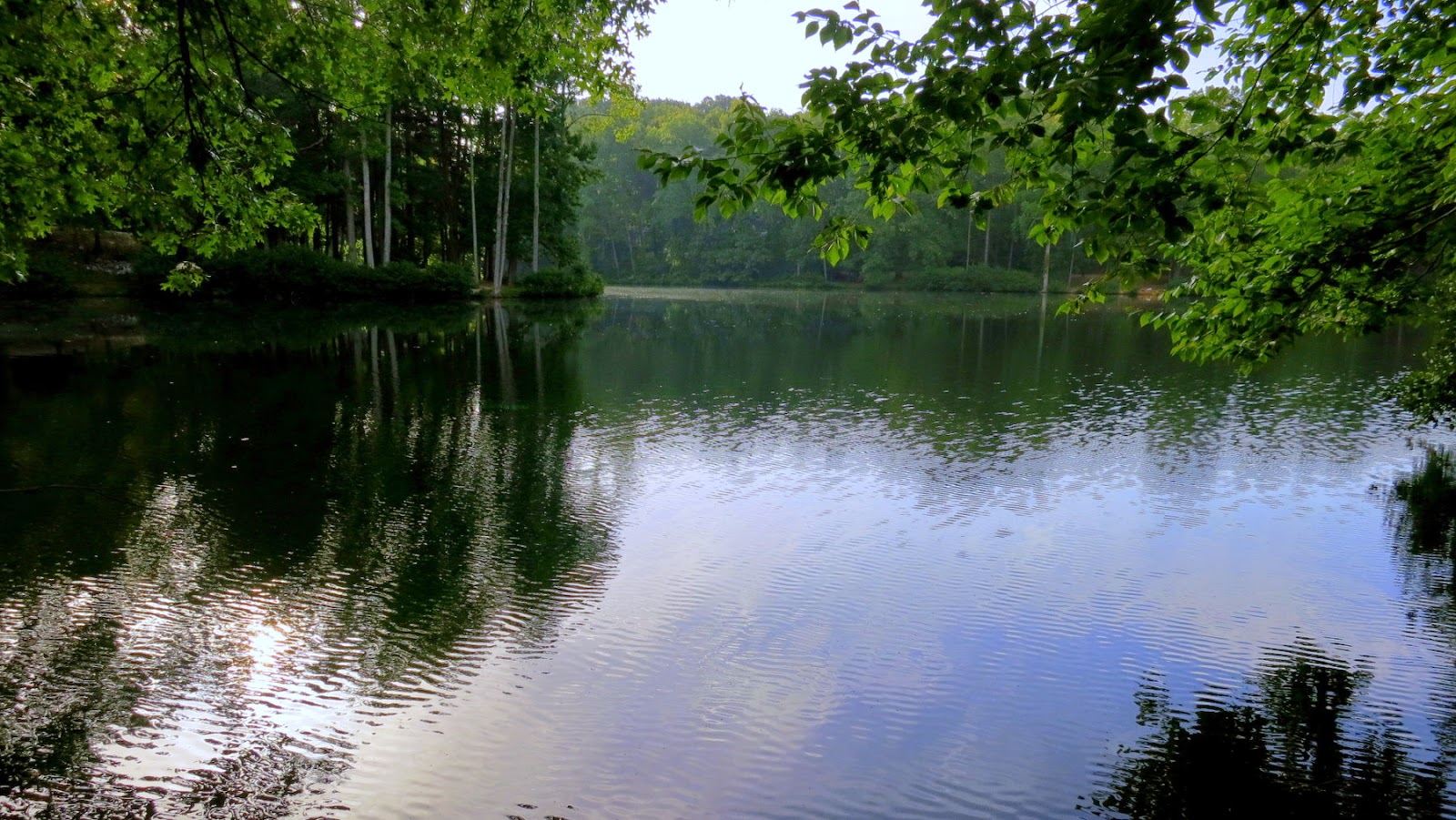 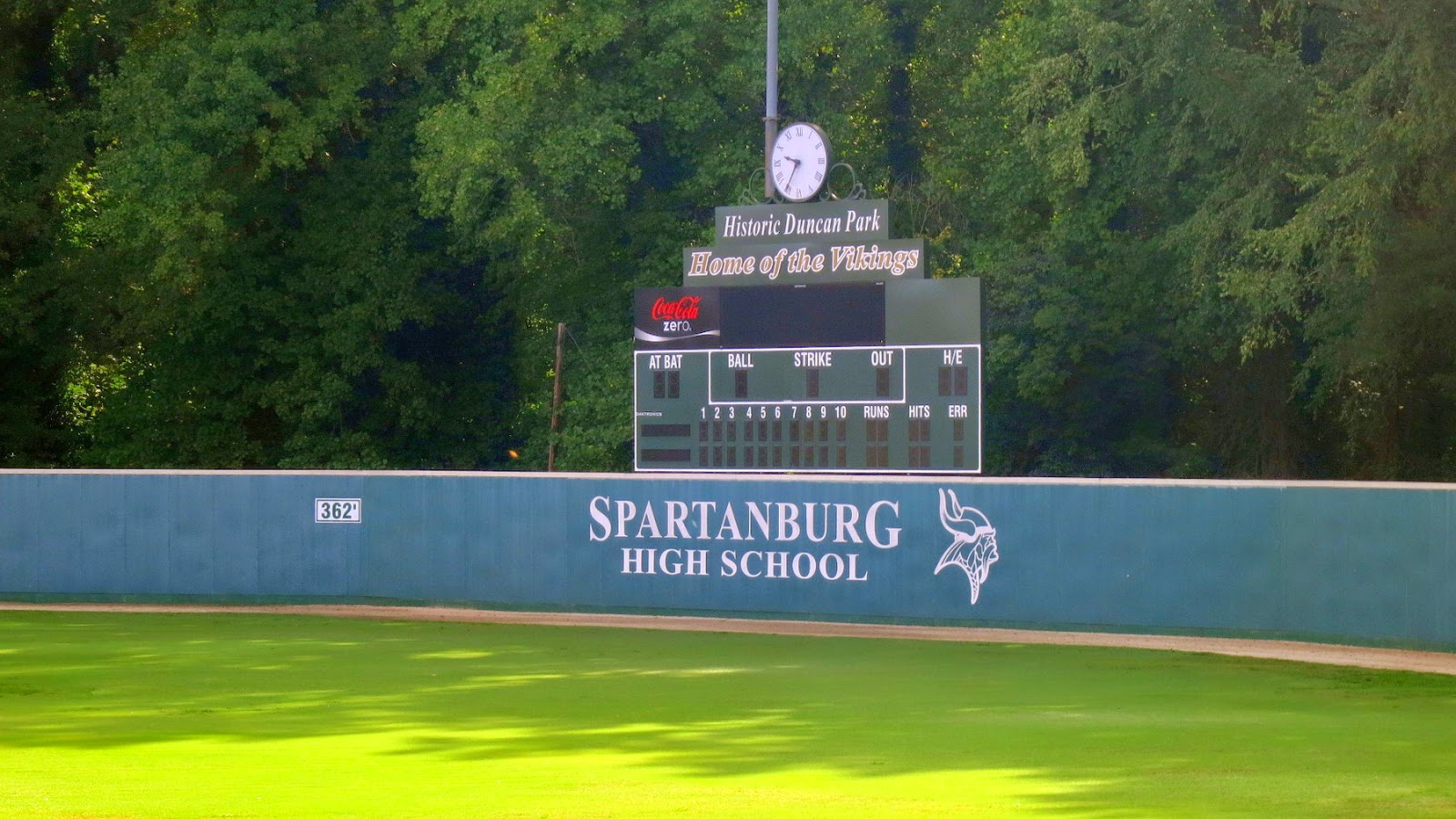 Another cache was near an American Legion, which featured a really nicely done, and nicely placed, civil war monument. 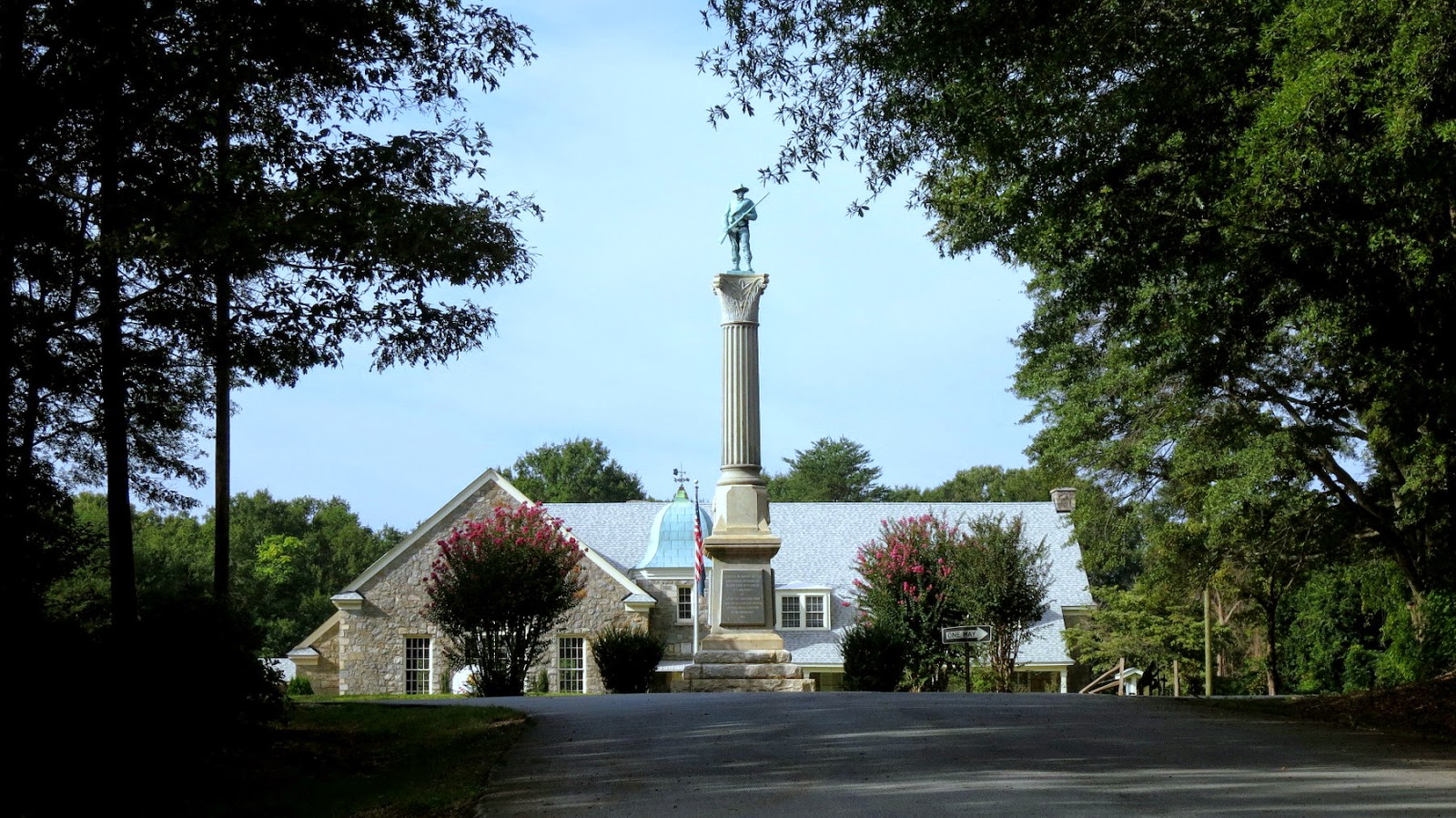 At one of the artsy place (an artists maker space sort of thing I believe, tho don't quote me), a geocache was displayed along with the other sculptures.  So from now on, if anyone gives you grief about geocaching being a silly sport for geeks, you can show em this picture and respond with "It is not just geolocation of tupperware - it is an art unto itself!  You're welcome. 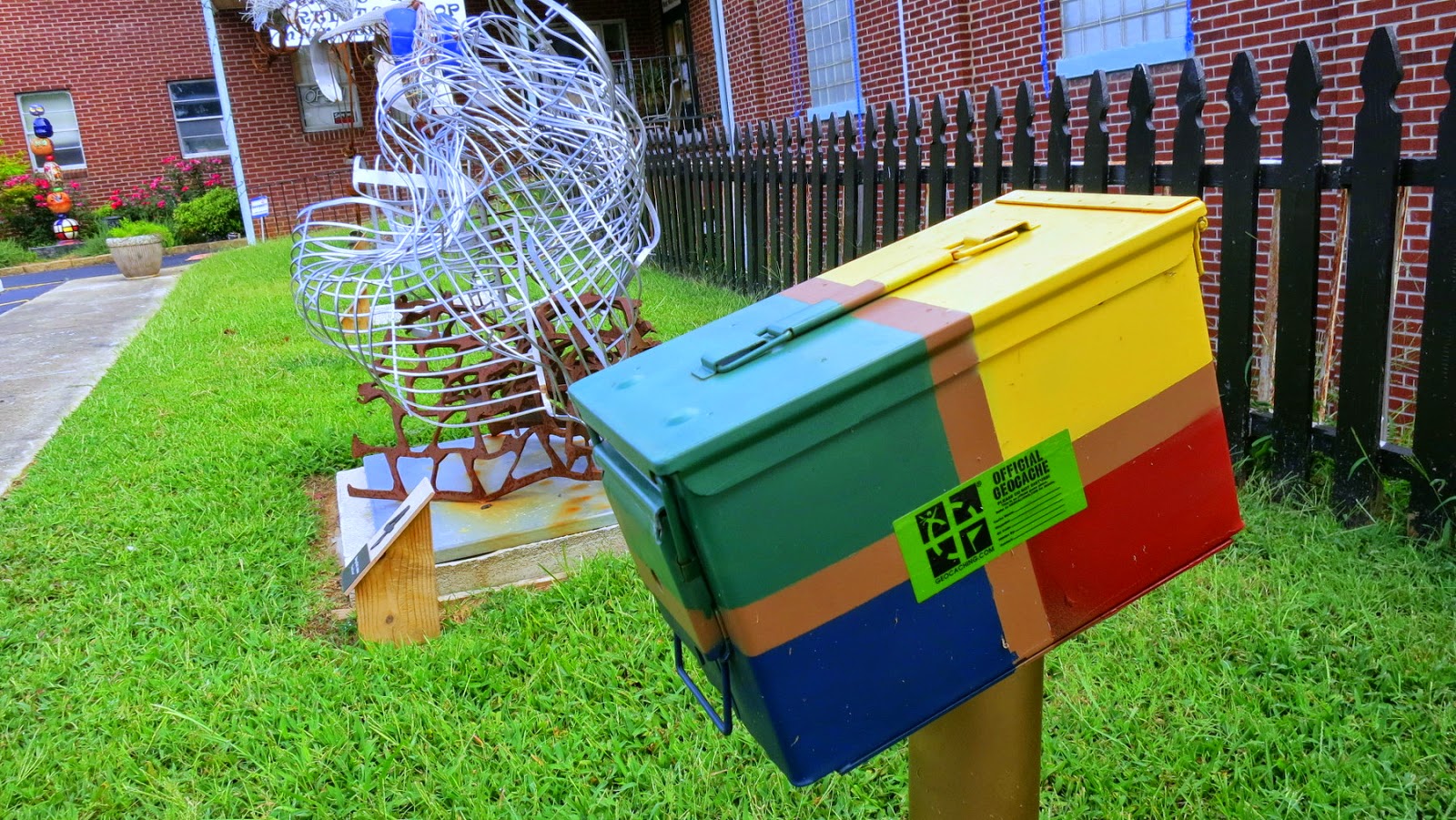 I finished the Hub City Geotrail around lunch time.  After lunch I started work on the Heritage Geotrail. This trail involved a lot more driving around. However it features a lot of places of historical significance to the local county, including this rather rustic looking cabin in the woods. 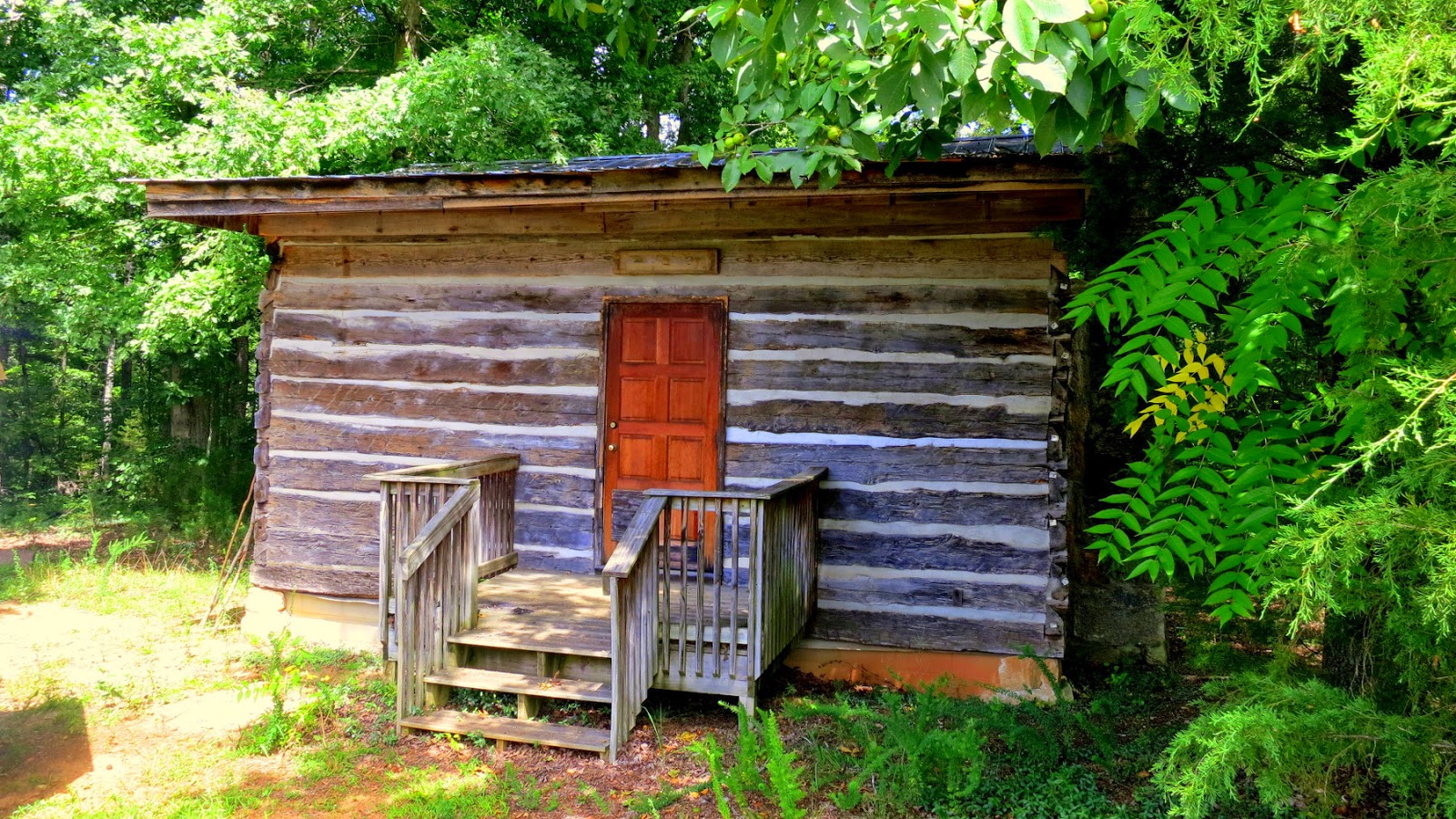 The Heritage Geotrail took me to a lot of historical signs (some easy to spot, some not so much).  I took some awesome shots of them, however they often contain information needed to complete the trail, so they are not shown to avoid spoilers.

However I also ran across this rather small, but old looking, post office. 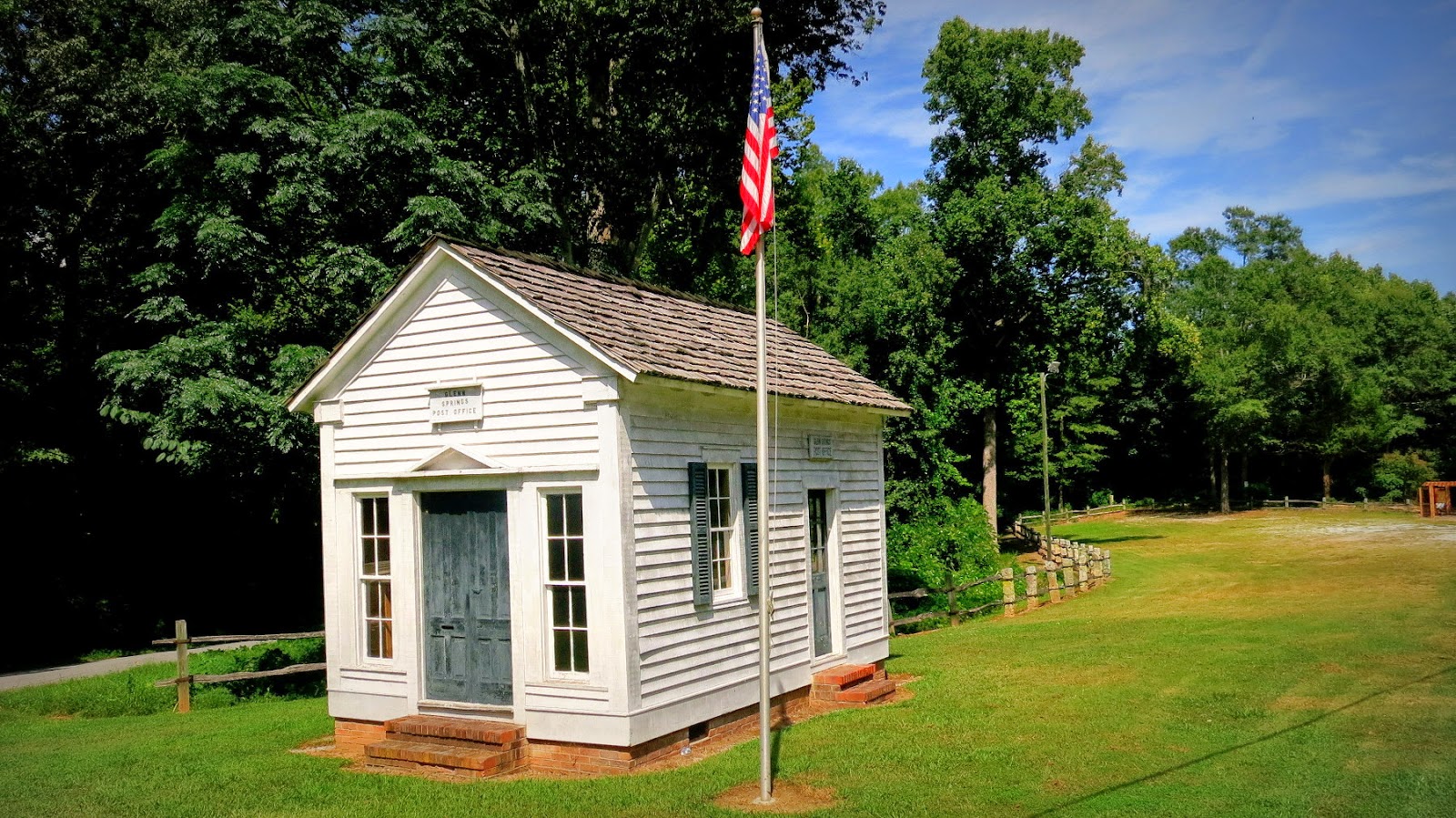 I ran out of time before I could complete the Heritage Geotrail, but I got most of it done.  I'll just have to head back to Spartanburg someday to complete it, and tackle some more of the trails in the area.

The geotrails are really well done. I saw a lot of cool things, and learned some great history along the way.  It was a really fun and educational day of geocaching, and isn't that really what its all about?

If you are every in the Spartanburg area, and want to do some geocaching, you can't go wrong by doing one of these geotrails.

Have you completed a Geotrail in your area? Tell me about it in the comments below.
Posted by Dave DeBaeremaeker at 6:20 PM