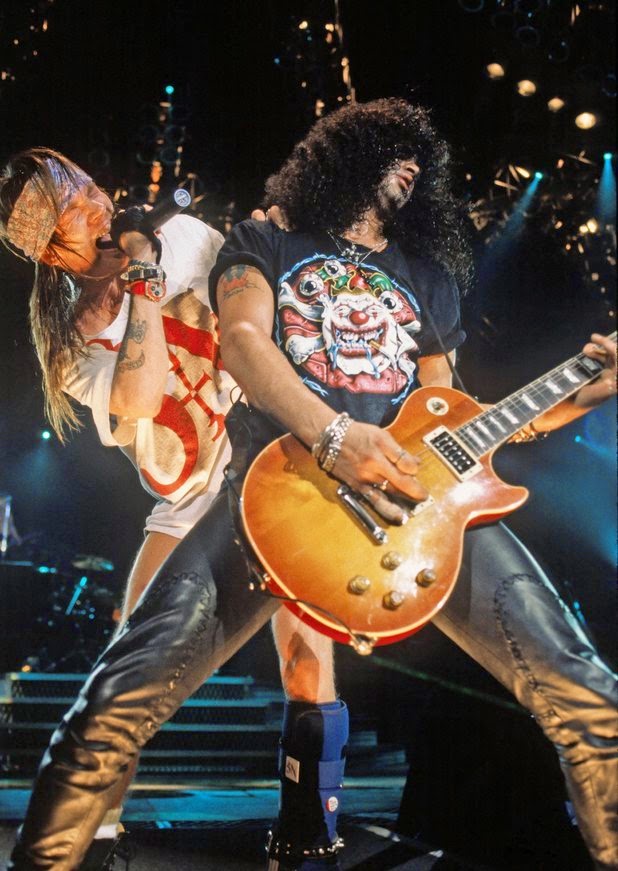 I listen to music a lot. I always have. Over the years I have listened to a fairly wide range of musical styles, but I tend to gravitate towards hard rock. There is just something about a hard rhythm, pounding drums, and an angry dirty sounding guitar that gets my blood pumping.

Like most people who get to middle age, I am finding the current crop of music to be sub-par, so I have been looking back at the age when music was good to get my musical fixes.  Everyone has their own definition of when music was good, but it can typically be defined as "when you were in high school", which for me was the late 80s and early 90s.

You may recognize it as the golden age of the big hair bands.  Aerosmith, Metallica, Bon Jovi, Def Leppard, Van Halen, they all had a place in the soundtrack of my life, but none were quite so favoured as Guns N' Roses.  At the time I couldn't say exactly why.  It could have been the lead singers unique aggressive growly voice, their bad boy, "don't give a crap" attitude, or the fact that the fuzzy haired fellow in the top hat could play his guitar like nobody's business.

All I knew is that they didn't sound like anything else I've heard before or since.  And it affected me like no music has before or since.  I was hooked.  I'd listen to their Use Your Illusion albums, I & II, on constant repeat for weeks at a time. One of the great things about long car rides by yourself is that it gives you time to think.  A few weeks ago I went on such a drive. As a lark I put on the Use Your Illusion II album, and, as is required to appreciate a good hard rock album, I cranked the stereo up to 11, put my foot down, and soaked in the music while eating up the miles.

While I motored along I remembered how much I loved this album as a teen, and, armed with the additional perspective of having an additional 20-odd years of life experience under my belt, I finally started to understand why.

I believe that music should affect you in some way.  Good music should move you.  Great music should take you on a journey.  That is exactly what G'n'R did.  They took me an epic journey, and they do it like nobody else.

Many of their songs cover deep emotional topics in a no-holds-barred sort of way.  This isn't new, but where most bands hide their deep thoughts behind cryptic lyrics and basic hard rock guitar rifts,  G'n'R wears their emotions on their sleeve - lyrically and, most importantly, musically.

As an example, The Without You trilogy (Don't Cry, November Rain, and Estranged), is the painful story of a man dealing with the suicide of his girlfriend.  Estranged especially, in my opinion their greatest work, shrugs off the 'verse chorus verse solo chorus' recipe and heads off on a 9 minute roller coaster of grief, loss, anger, angst, gut twisting pain, confusion, and finally acceptance, presented in a series of lyrical thoughts followed by amazing guitar solos.  It is almost symphonic in presentation (as much as a rock band can be).  It is highly introspective, and raw with emotion.

It is tightly woven together: lyrics, guitar, drums, bass, piano.  Every note and drum beat purposely positioned in the song to take you on a journey, as if in lock step.  It is both beautiful and brutal. 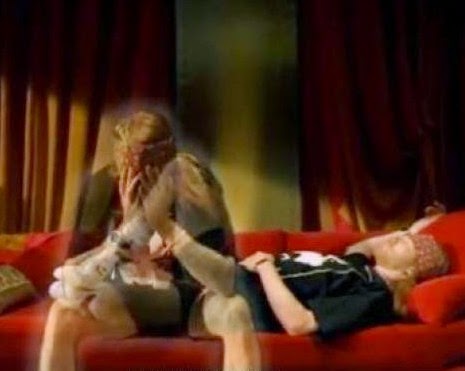 It is a journey I've never personally been on, nor wish to personally experience, but I feel it in my gut every time I hear the song.  It is intense.  It is addictive.  It is genius itself, and in my experience, utterly unique.

I can't get enough of it. Luckily the G'n'R' catalog has plenty of these sorts of songs to fill the void.

Of course it doesn't hurt that the band had musical talent coming out of their ears. Axl Rose is widely considered one of the best vocalists in rock, and Slash's dominance of the guitar, and his unique sound, earns him a place on most lists of rock gods.  The rest of the band are not exactly musical slouches either.

There are few lists of top rock songs that don't include at least one G'n'R epic, often several.

Its clear that the band had its issues.  They were famous for it, and it eventually tore the band apart prematurely. However those issues came out in their music in a very honest and palpable way.  They generated pure unfettered, brutally honest rock n'roll,  and let it all come out on the albums.

Its this raw talent mixed with the authenticity of their music that really speaks to me, and grabbed me as that high school kid.  Talent and honesty are things I value now in almost anything I tend to appreciate in life, and with influences like G'n'R, its no wonder.

So this is why I consider the Use Your Illusions II album specifically, and Guns N' Roses in general, as some of the best musical experiences in the world.  At least from where I sit.

Your opinions will likely vary, and I suspect by quite a bit. Music is, after all, a very personal thing. All I know is that when I finally shrug off this mortal coil, and St. Peter opens wide those pearly gates, the song I  really hope the choir of angels will be singing is "Paradise City."

Posted by Dave DeBaeremaeker at 5:56 PM