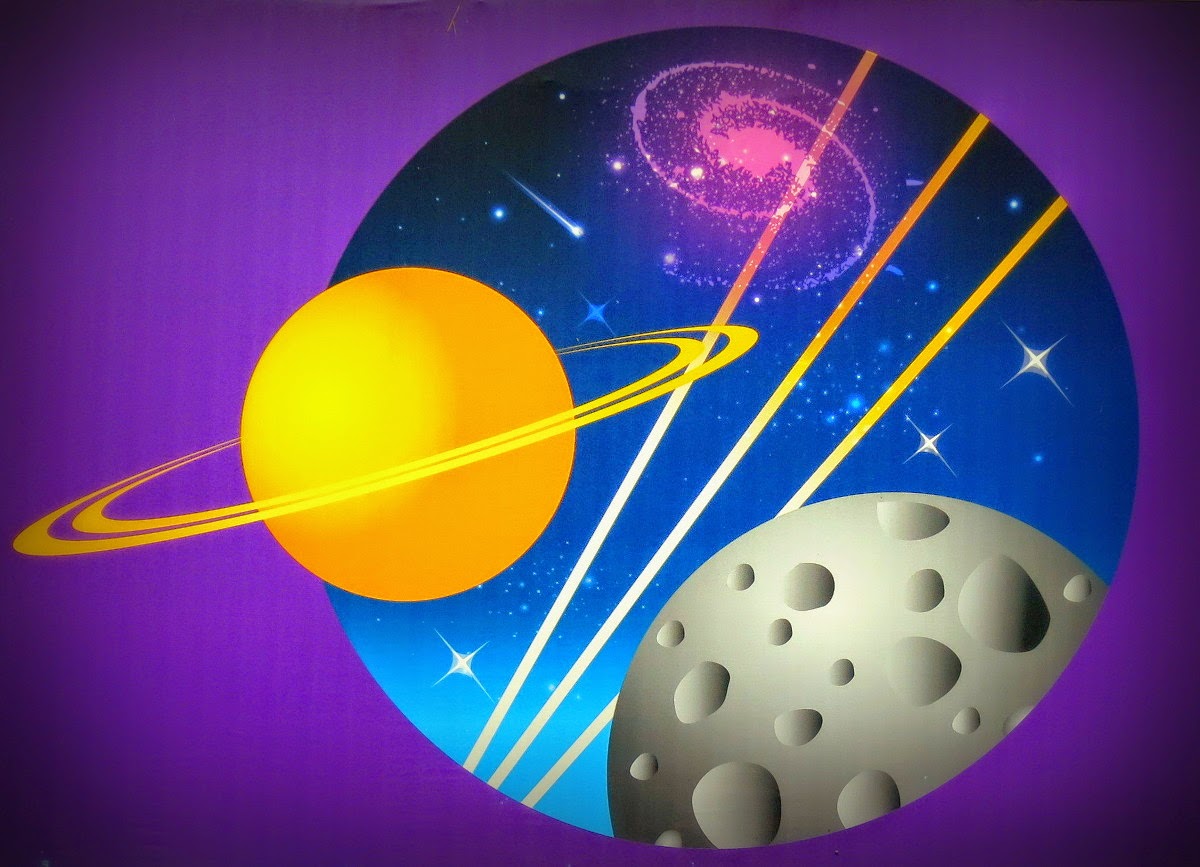 During my recent trip to Puerto Rico I had the privilege of visiting the Aricebo Radio Observatory: cause science!

The observatory is a gigantic dish that collects faint signals sent from across the universe, directs them to a detector, where they are collected, analyzed, and other science-y things.

At 1000ft, the dish is the largest of its kind in the world.  To put that in perspective, one could hide 5 regular geocaches under this dish and not violate the saturation guidelines.

Sadly tho there are no geocaches under the dish, although there is a virtual cache at the visitors center.
The dish has been featured in movies and TV so you may recognize it even if you are not a science nerd.  It was featured heavily in the movie Contact, Species, and Goldeneye.  It was also featured in an episode of the X-Files. 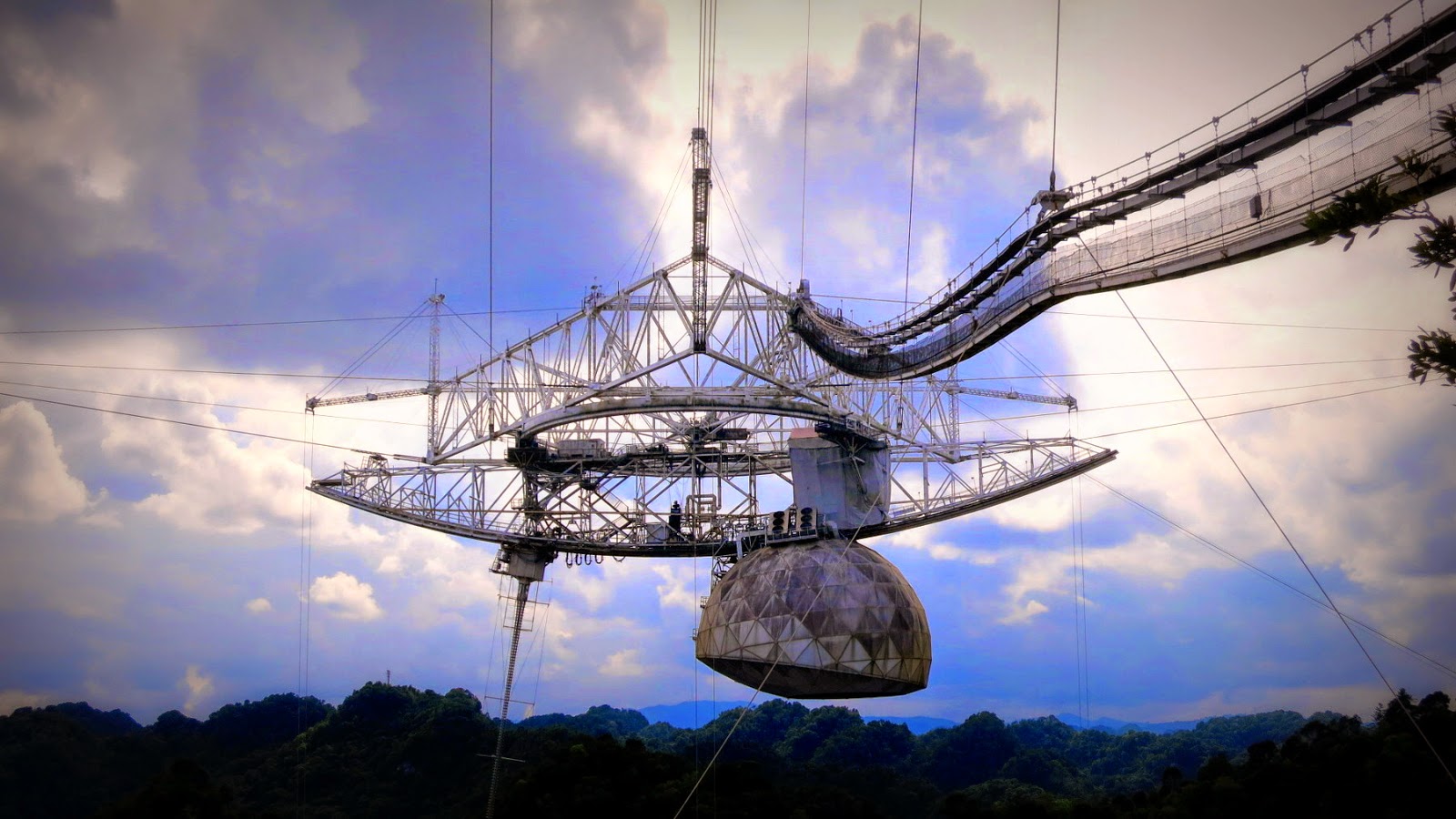 The dish itself is also suspended above the ground.  While the collector can move 360 degrees, the dish is stationary.  Another interesting feature of the dish is that the panels are actually made out of a metallic mesh - this allows sunlight and rain to fall thru the dish, which both takes care of drainage, and allows vegetation to grow underneath the dish.

It is rather  hard to get a decent shot of the entire dish due to its size.  I used the panoramic feature on my cell phone to get this shot.  Note: the hole in the bottom of the dish is larger than the size of a city bus. 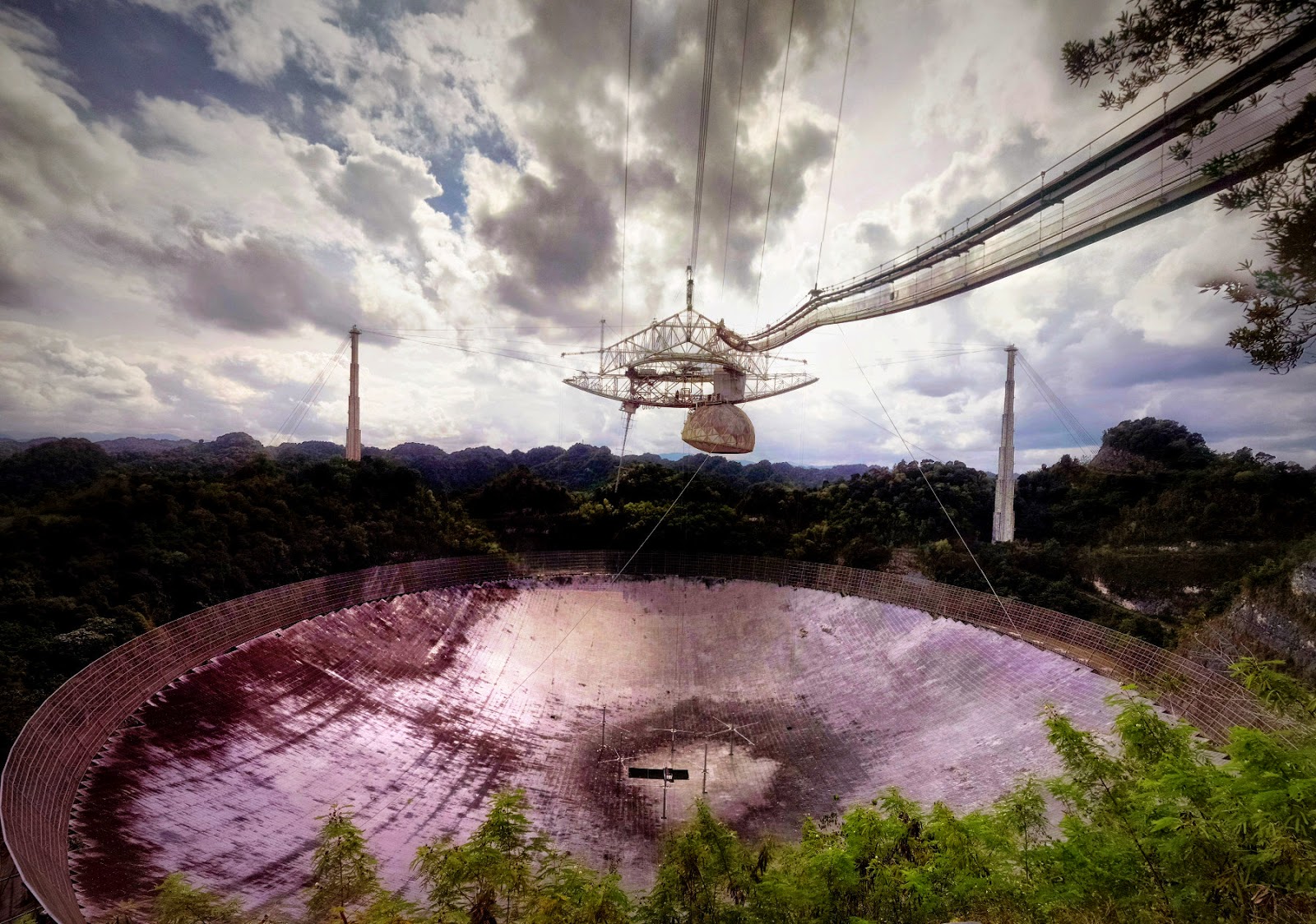 The one thing that surprised me when visiting the dish is that I expected it to be gleaming white, not brown - tho apparently the dish is due for a cleaning.

So that is the Aricebo Radio Observatory.  If you get the chance I highly recommend taking the chance to check out this engineering marvel that is, quite literally, unique in the universe.
Posted by Dave DeBaeremaeker at 4:10 PM