A Saturday At The Zoo 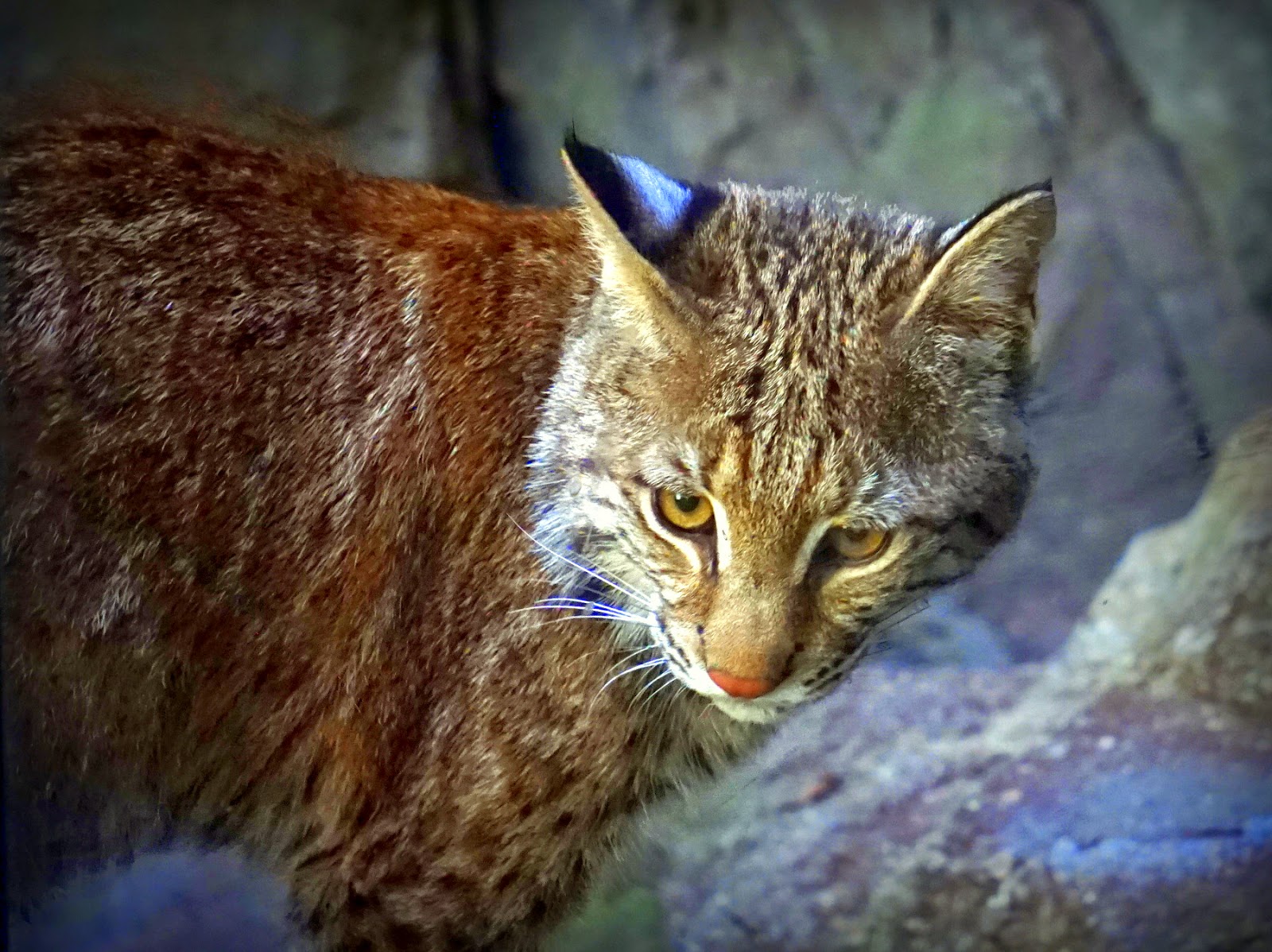 It is the Saturday of a long weekend, I have two young kids to entertain, the outside temperature is in the 50s, and I recently purchased a new camera.

Sounds the the perfect reason to go to the zoo!

That is exactly what we did today. The following is the photographic evidence.

The cat in the first picture is a bobcat.  I have never seen a bobcat before, and I was surprised to find out that bobcats are not that much larger than your standard house cat.

The new polar bear exhibit has opened up at the NC Zoo, so this is the first chance we have had to check out the polar bear.  She had just gotten out of the pool. 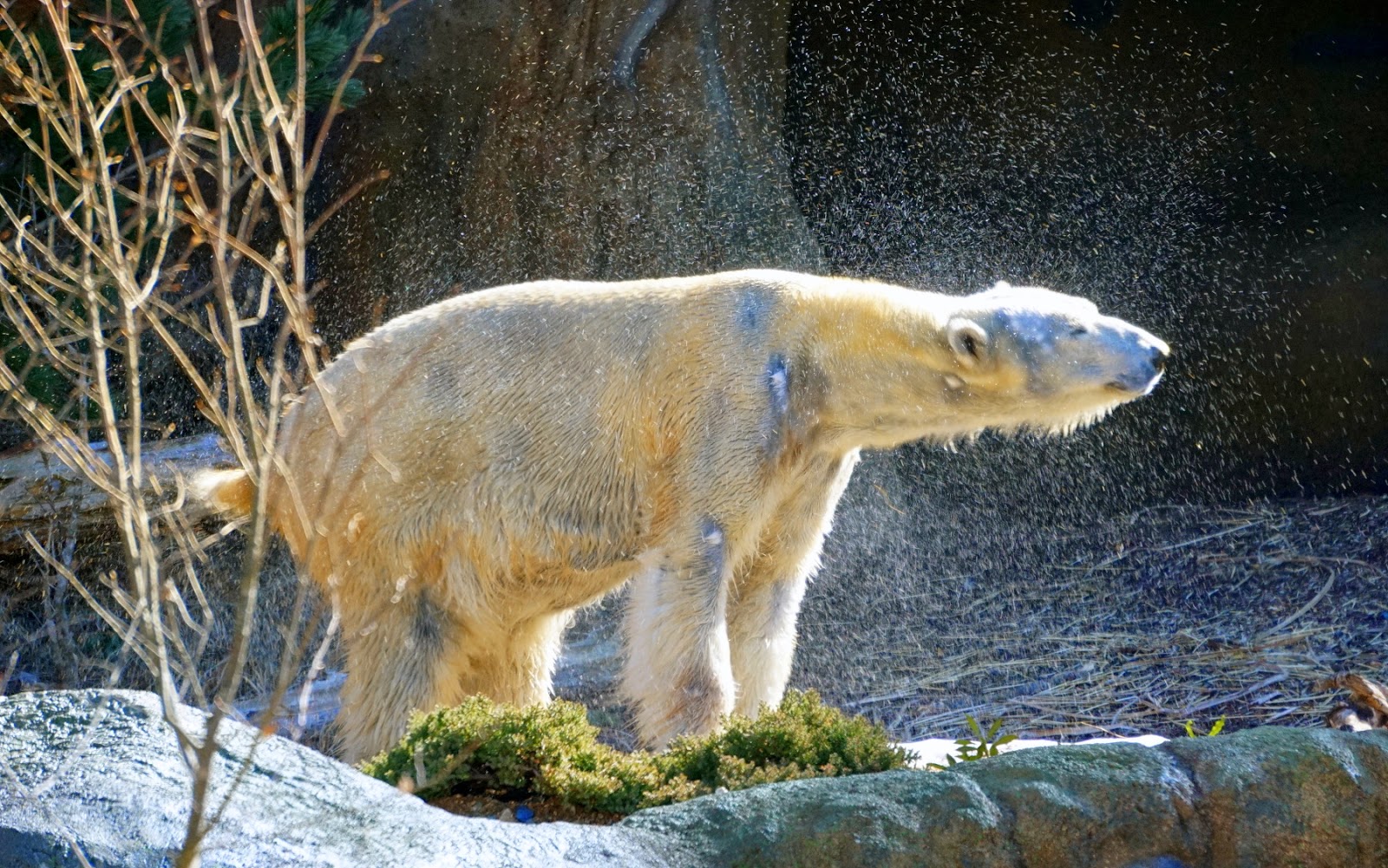 Just before we left the polar bears, the keepers tossed in some food for her. 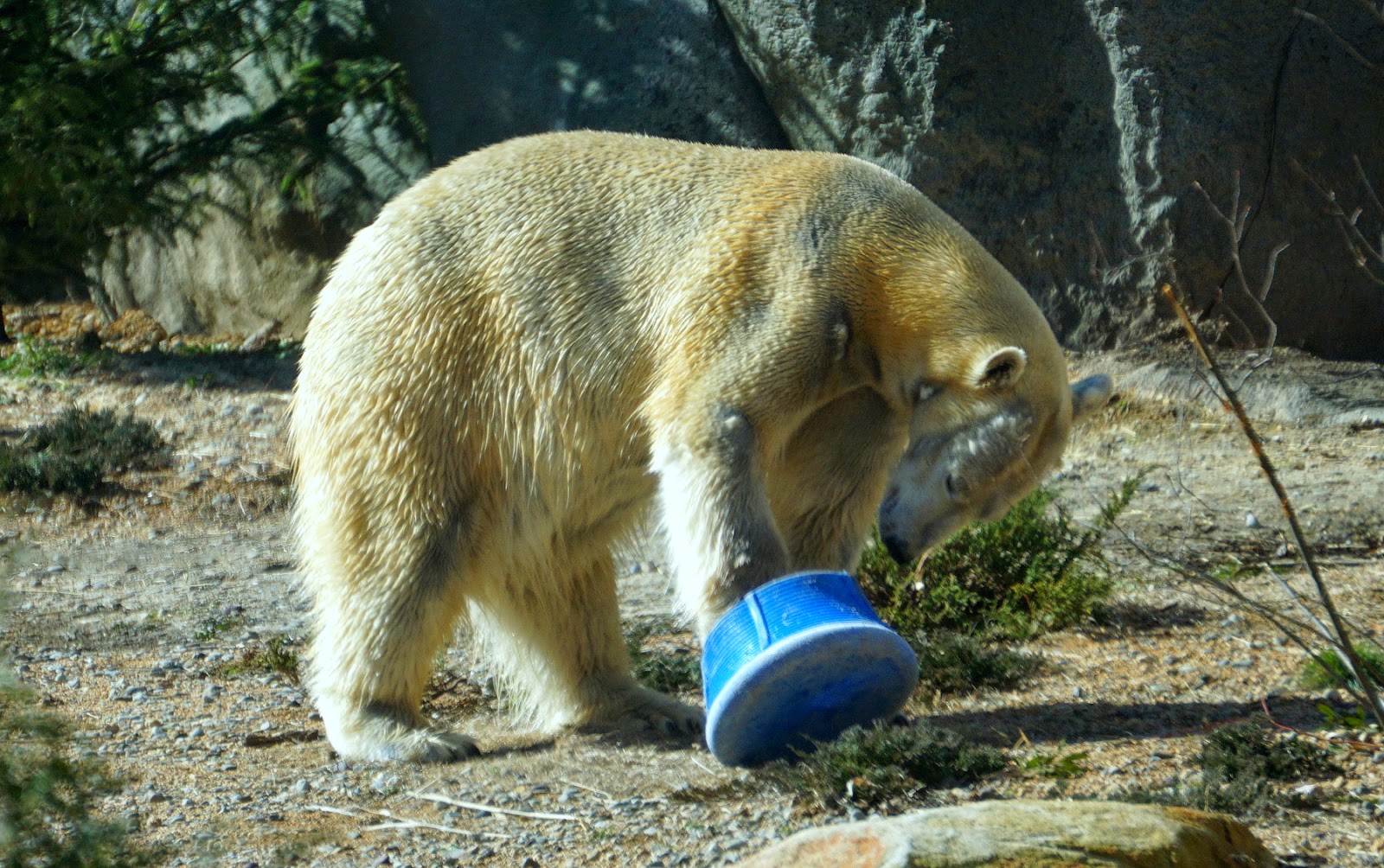 This picture of the owl was taken through glass.  The UV and polarized filters really helped cut down the glare. 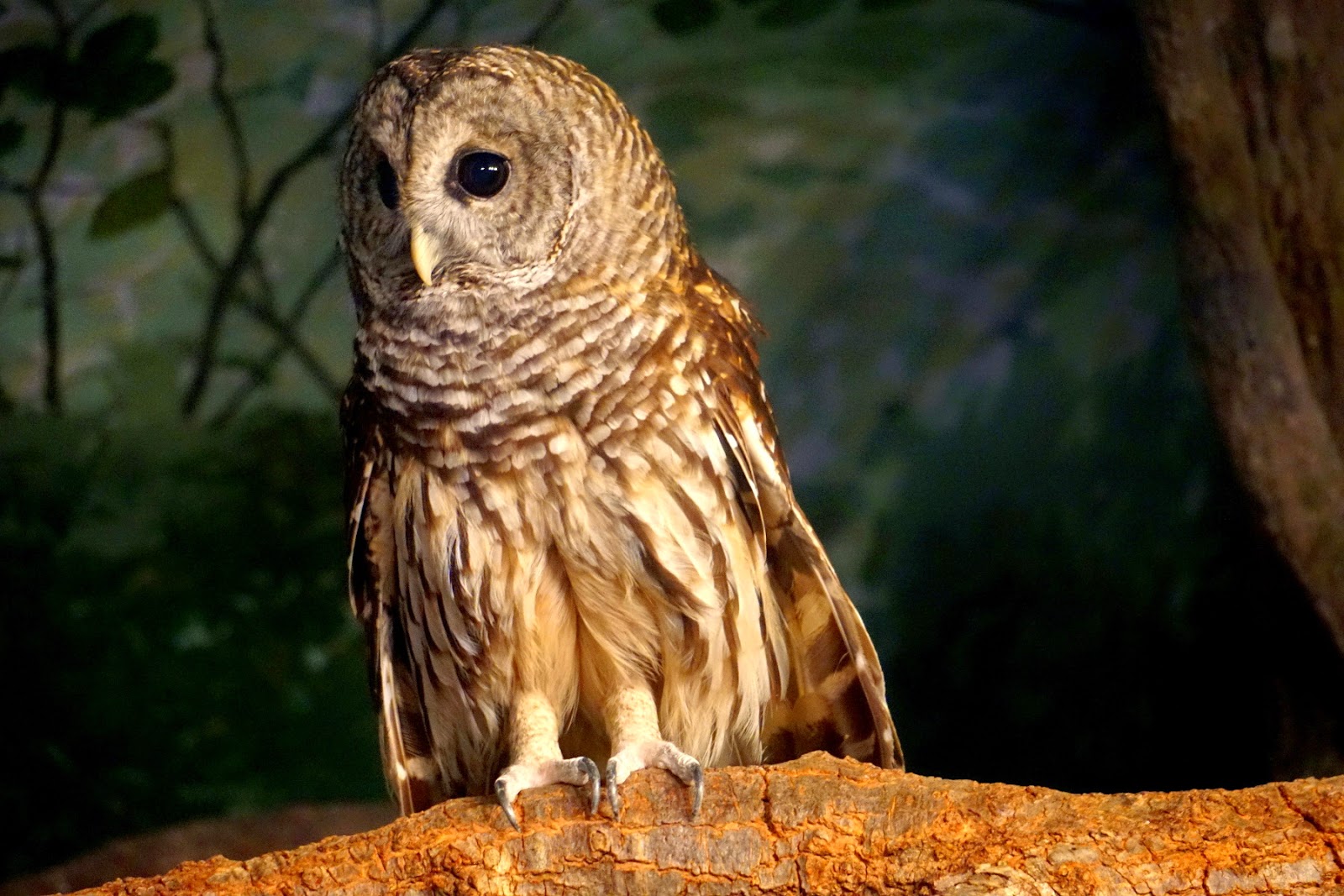 I got to exercise the telephoto lens on my camera.  These bison where hanging out on the far side of a rather large field. 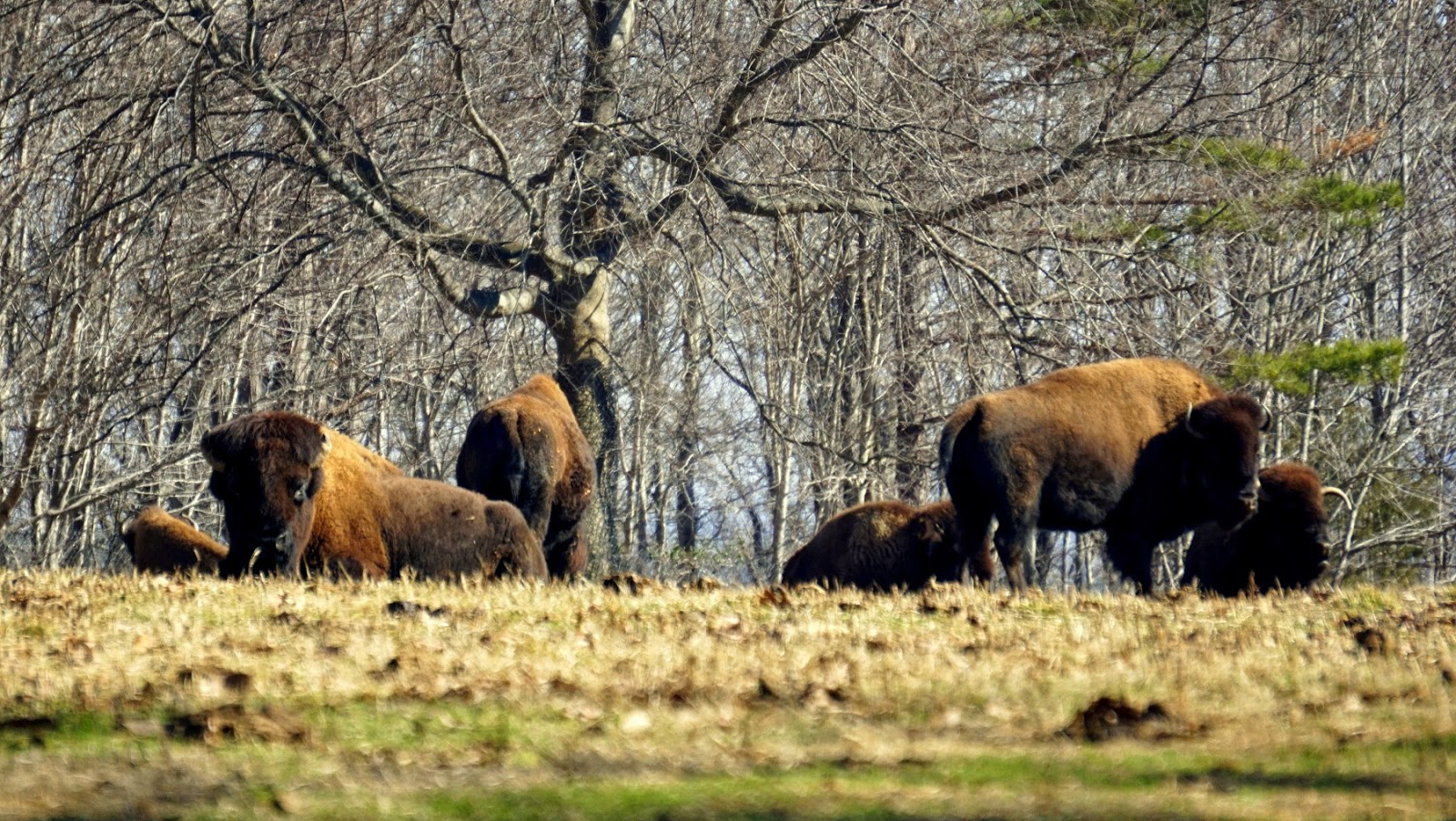 We also lucked out and caught the feeding of these baboons.  Baboons are monkees - I know this cause Larry The Cucumber told me in his informative yet silly song. 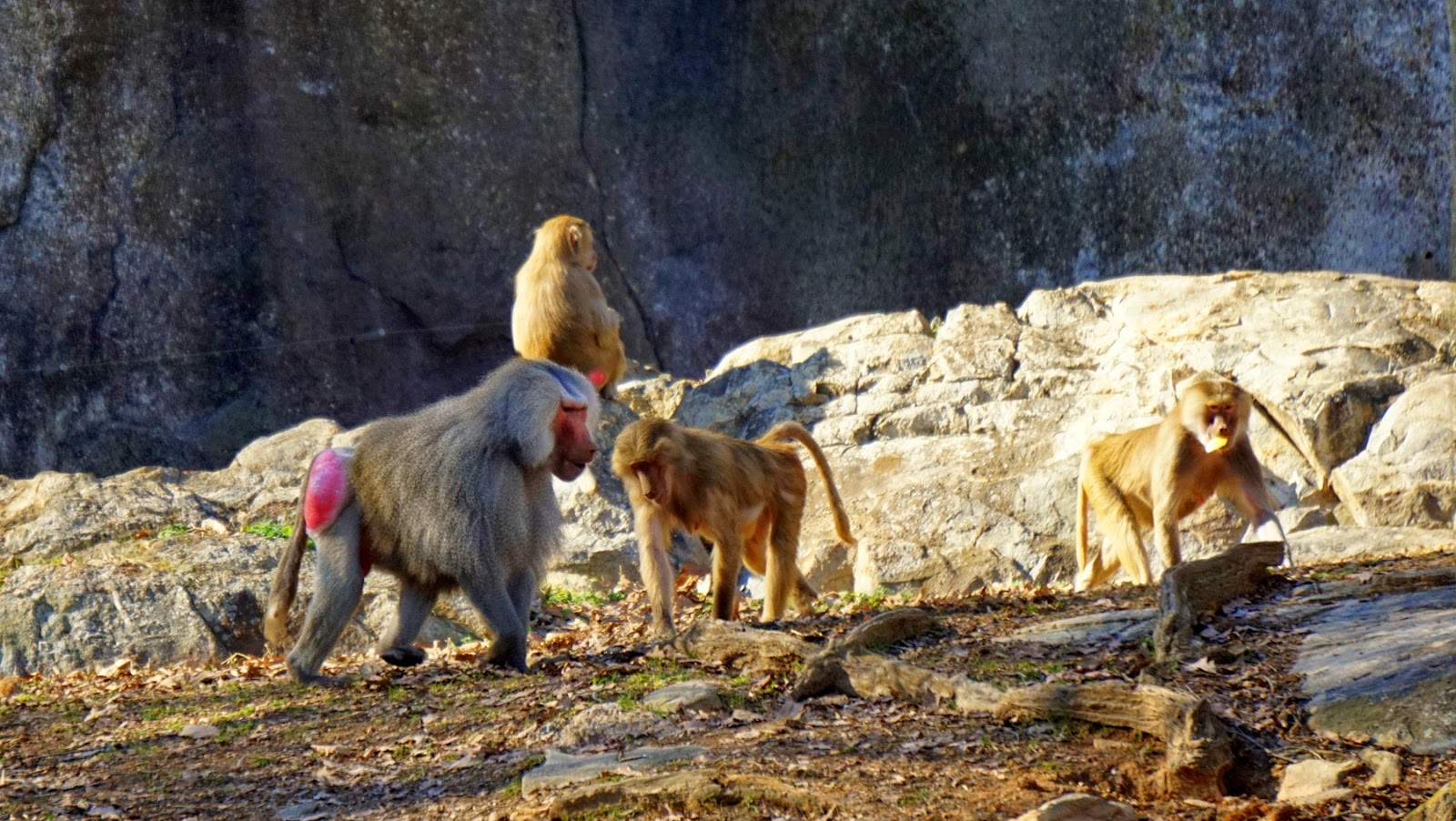 The zoo has a really cool enclosure that is essentially a ginormous field where many of the larger african herd animals hang out: gazelles, deer, and in this photo, rhinos and gemsboks. 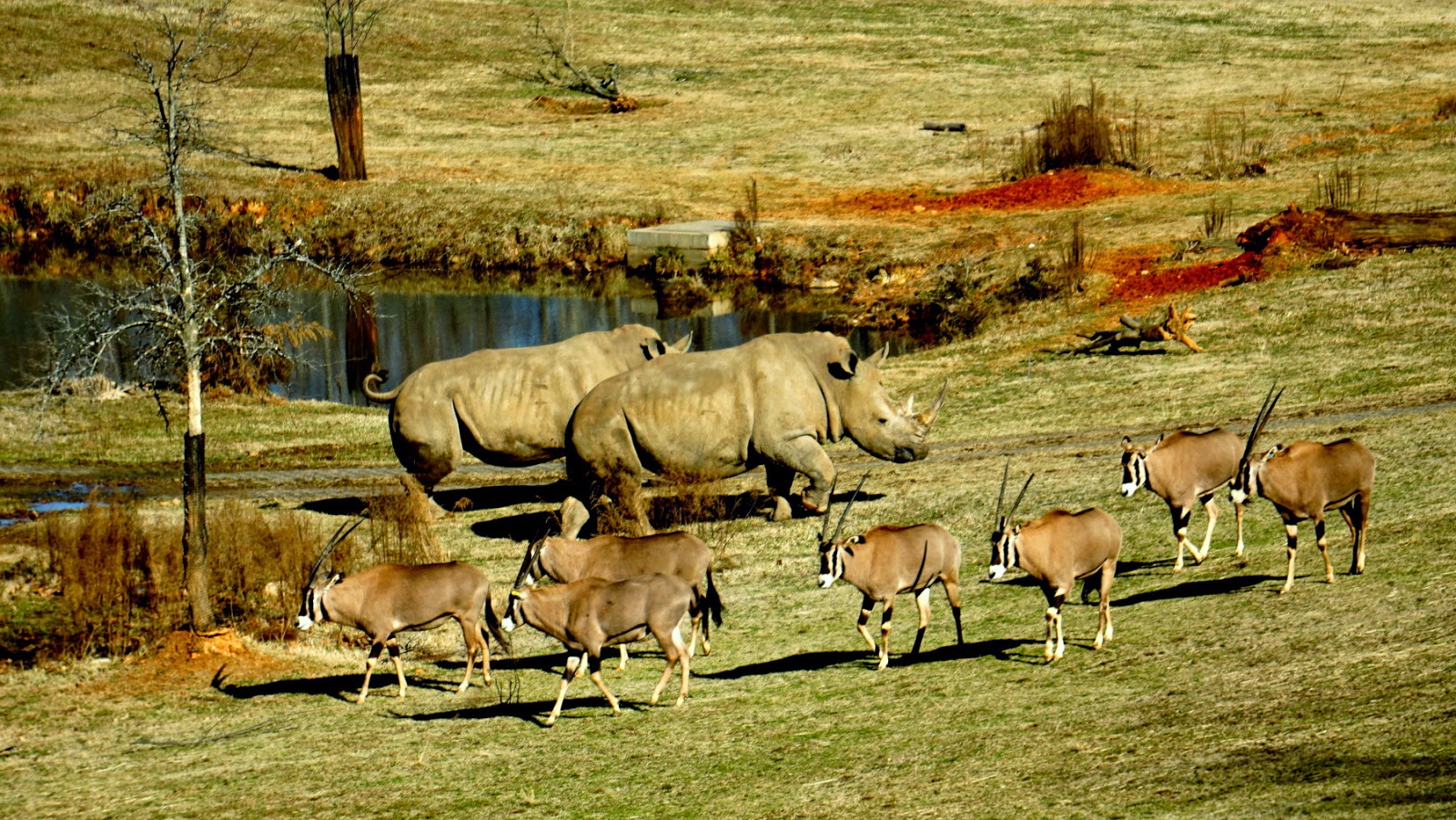 A closer up shot of a rhino hanging out beside a bird. 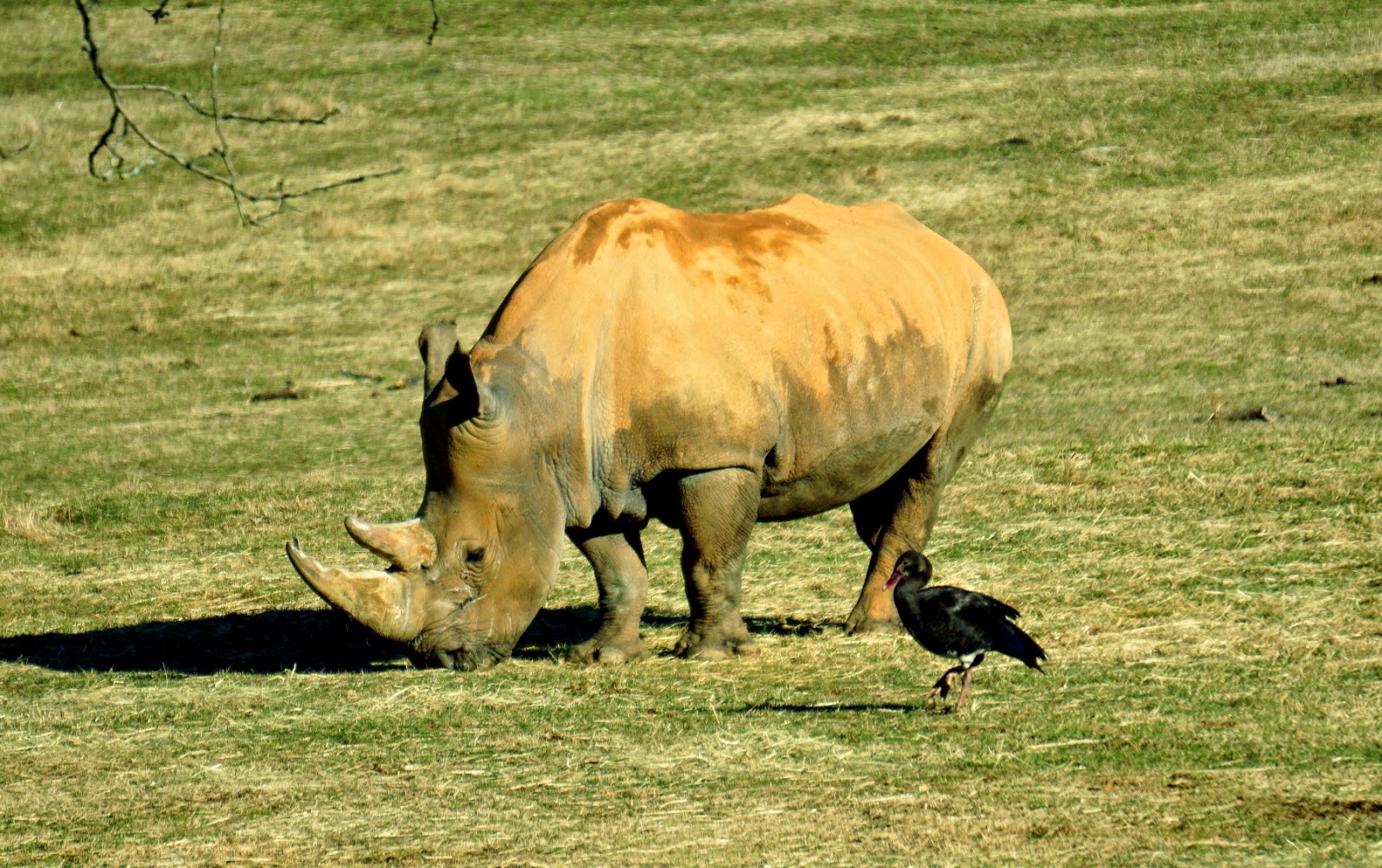 The elephants are kept on the same african plains exhibit as the other animals, but are kept separate by a fence. 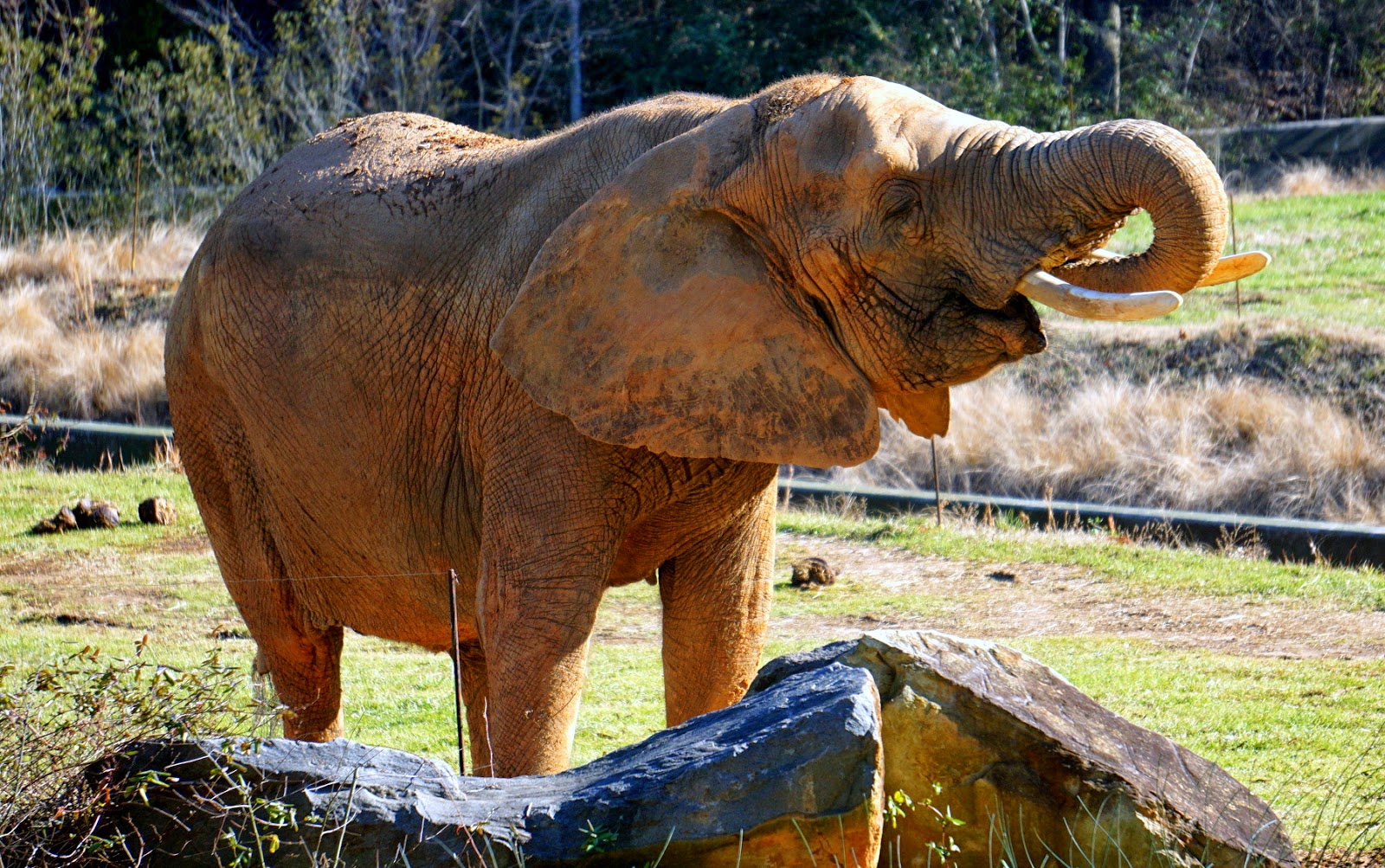 The giraffes, universally considered the favourite animal among the members of my family, hang out with zebra. This enclosure, which is separated from the african plains exhibit, is quite large.  We had to chase these animals down.  Because it was cold for African animals, many of the animals didn't come out until later in the day, so we lucked out to see these guys. 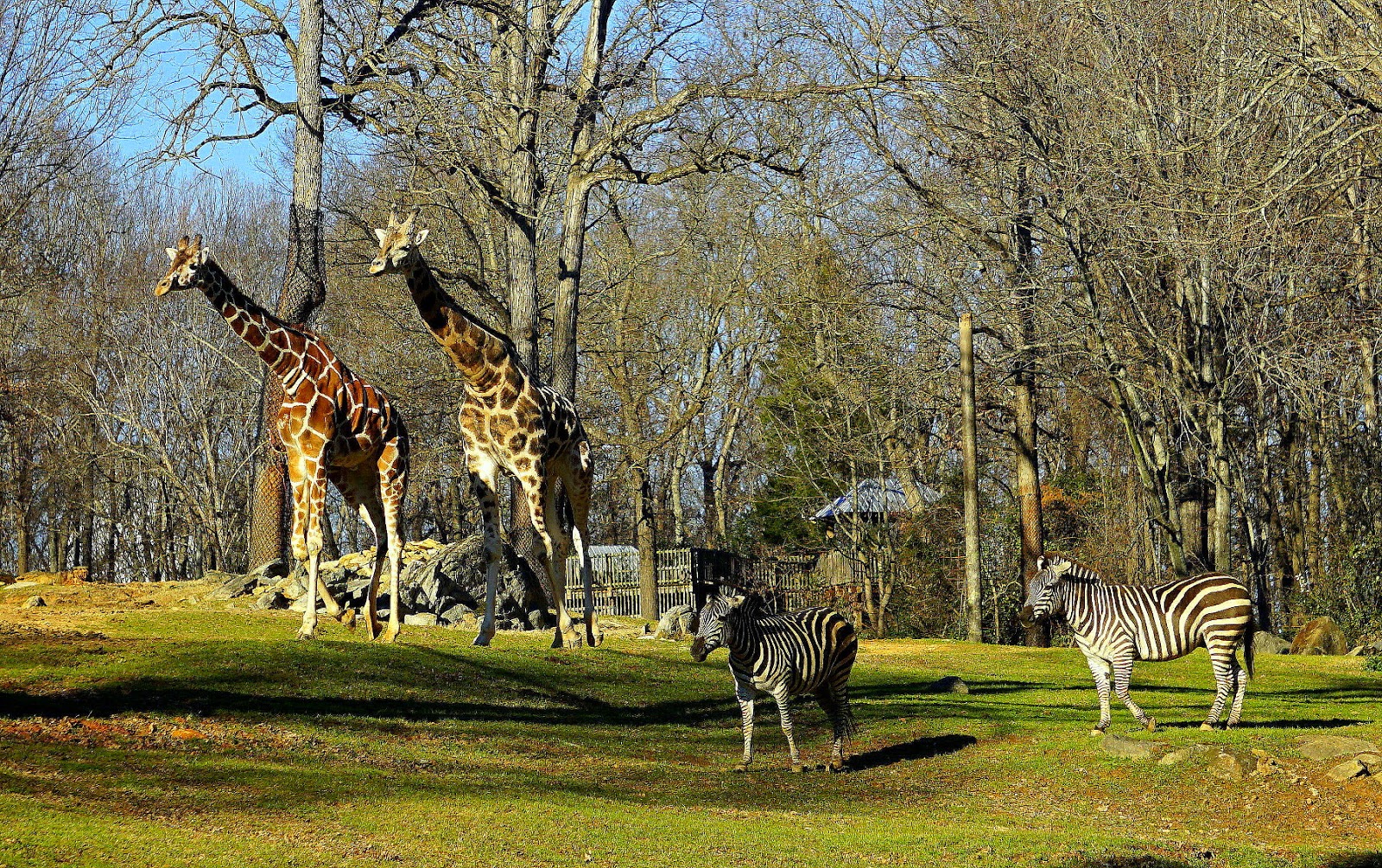 So that is our trip to the NC Zoo.  I still have a lot of learning on my new camera, but so far I like the results.
Posted by Dave DeBaeremaeker at 10:06 PM

Email ThisBlogThis!Share to TwitterShare to FacebookShare to Pinterest
Labels: Zoo