Last week, a North Carolina geocacher by the name of ncbiscuit invited my wife and I to join her and her husband in Raleigh to see the Carolina Hurricanes play the Toronto Maple Leafs in the sport of kings:  hockey.

I jumped at the chance, as the Maple Leafs are hockey royalty in my homeland, and I've never seen them live.

The following are some shots I took from the stands (I only took 850 photos in total, so my options were limited, but these are some of the best - not bad for having middle tier seats, if I do say so myself).  We'll start with the 'Canes mascot, Stormy. 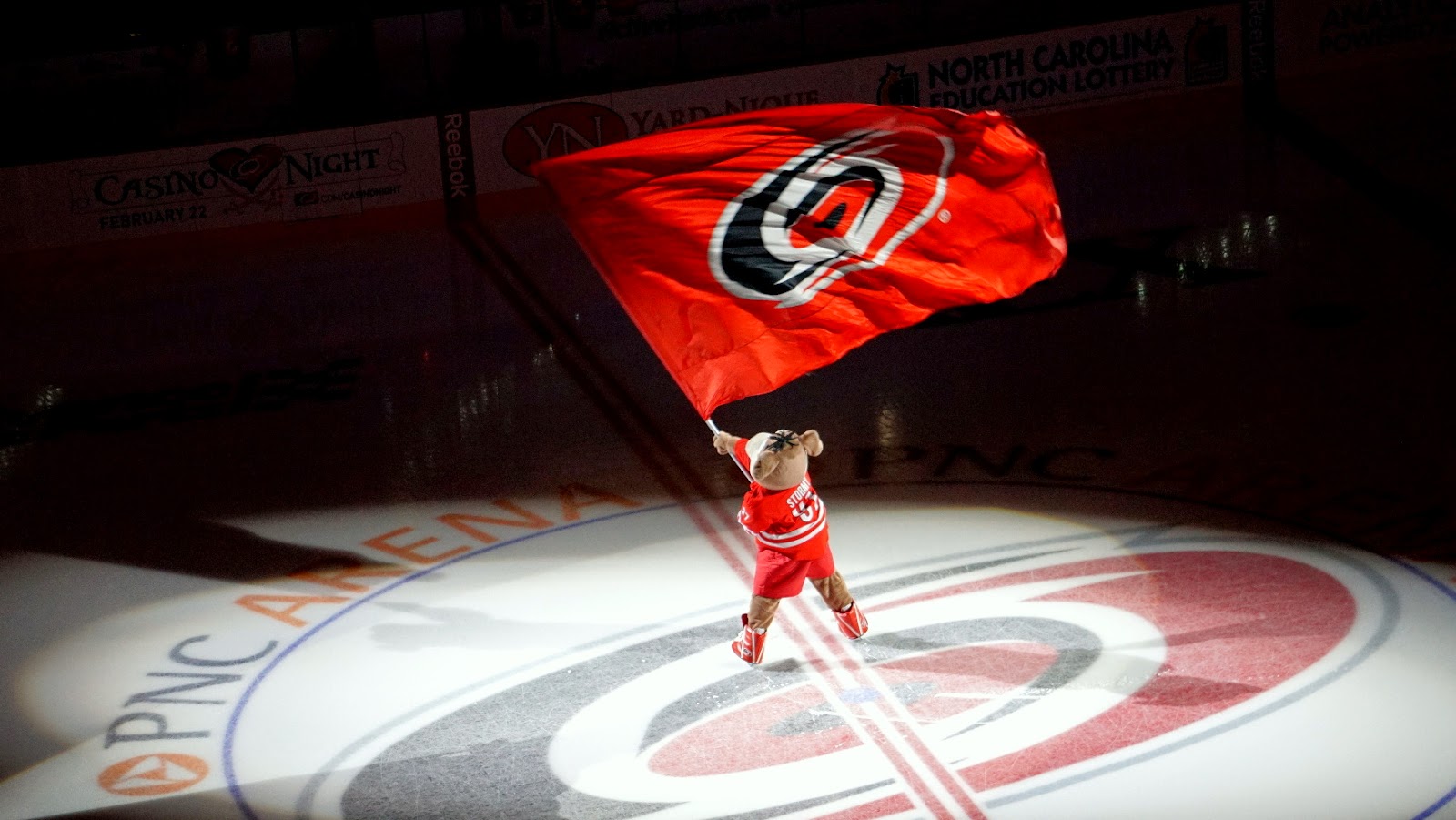 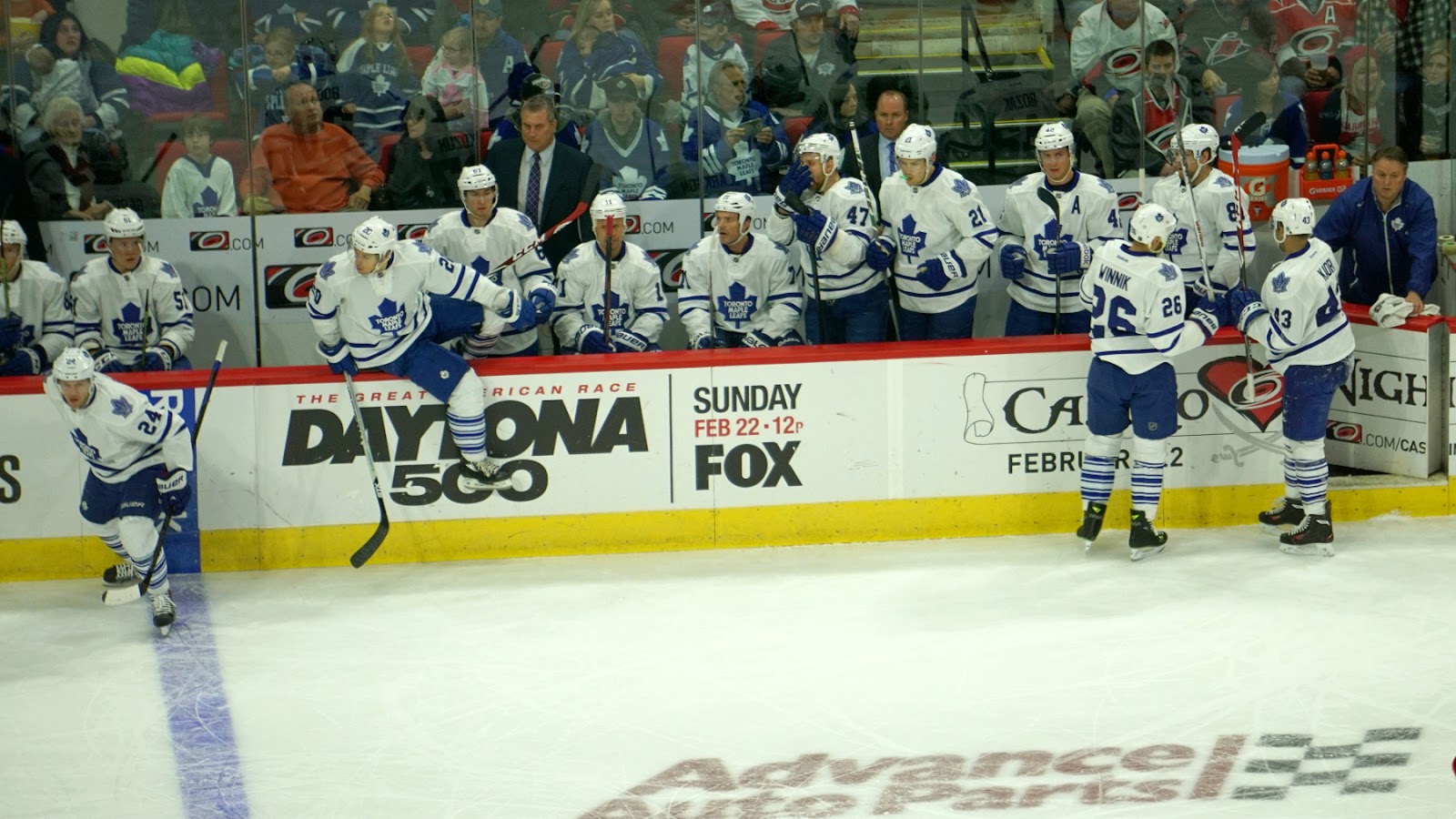 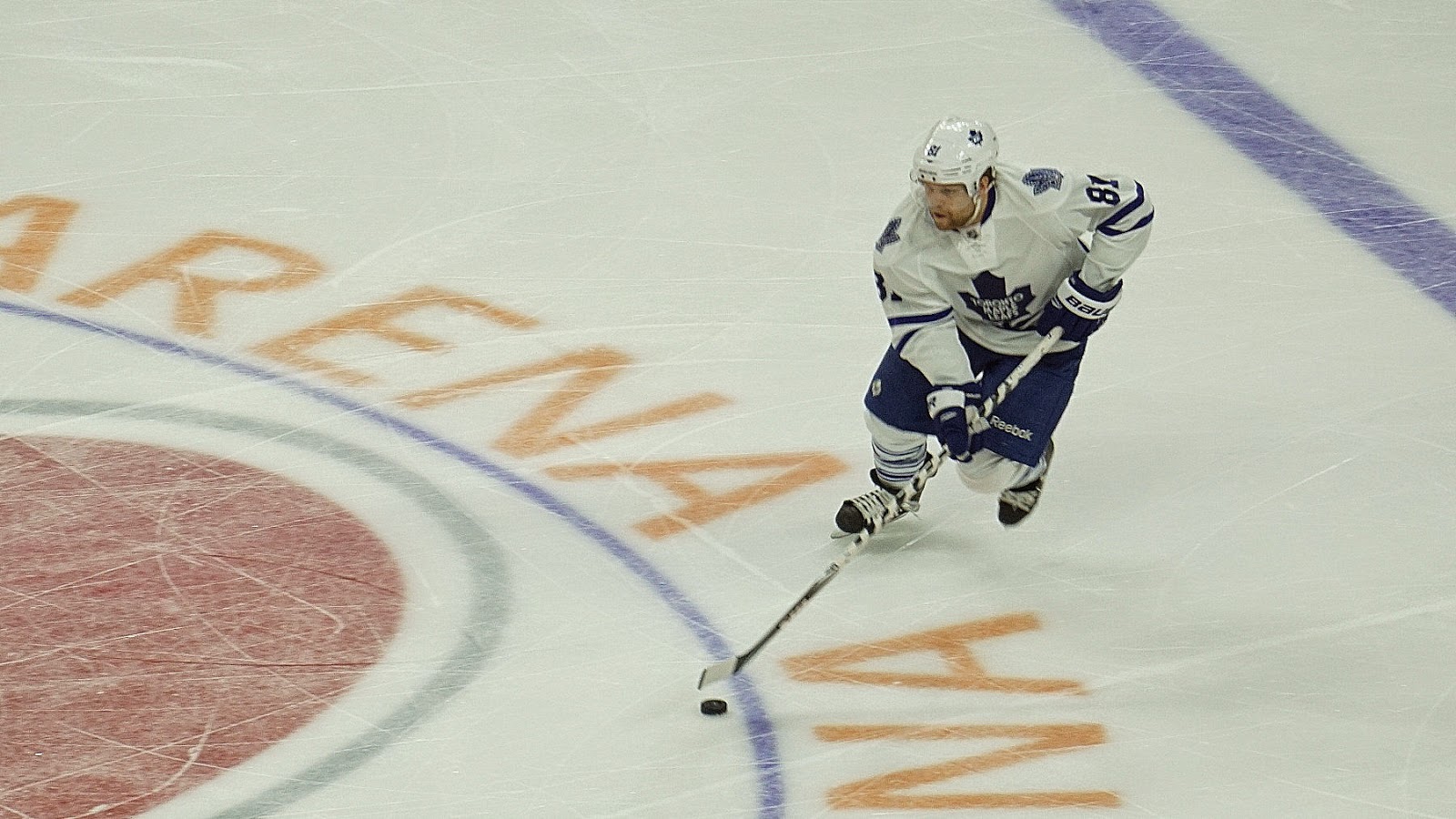 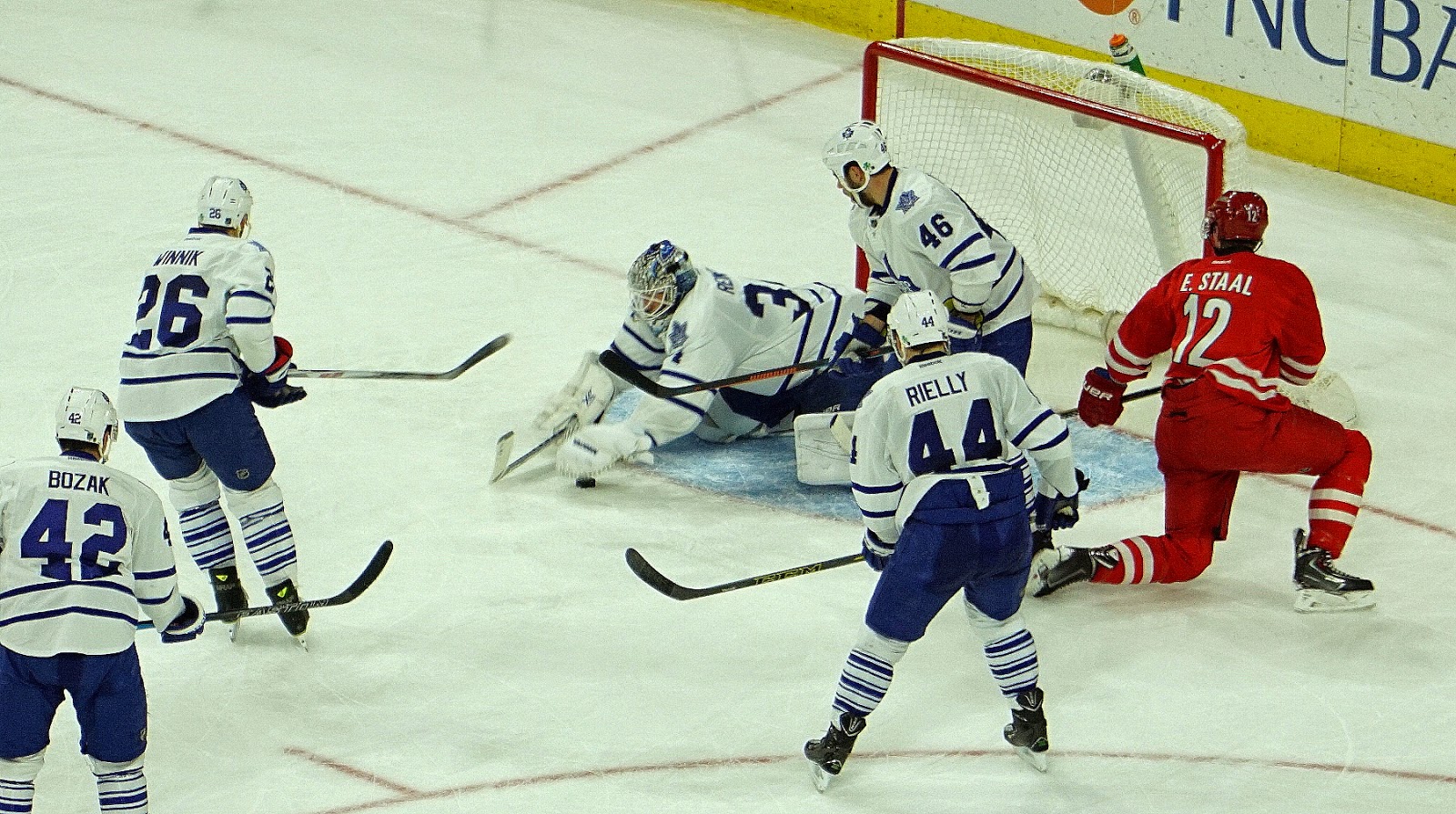 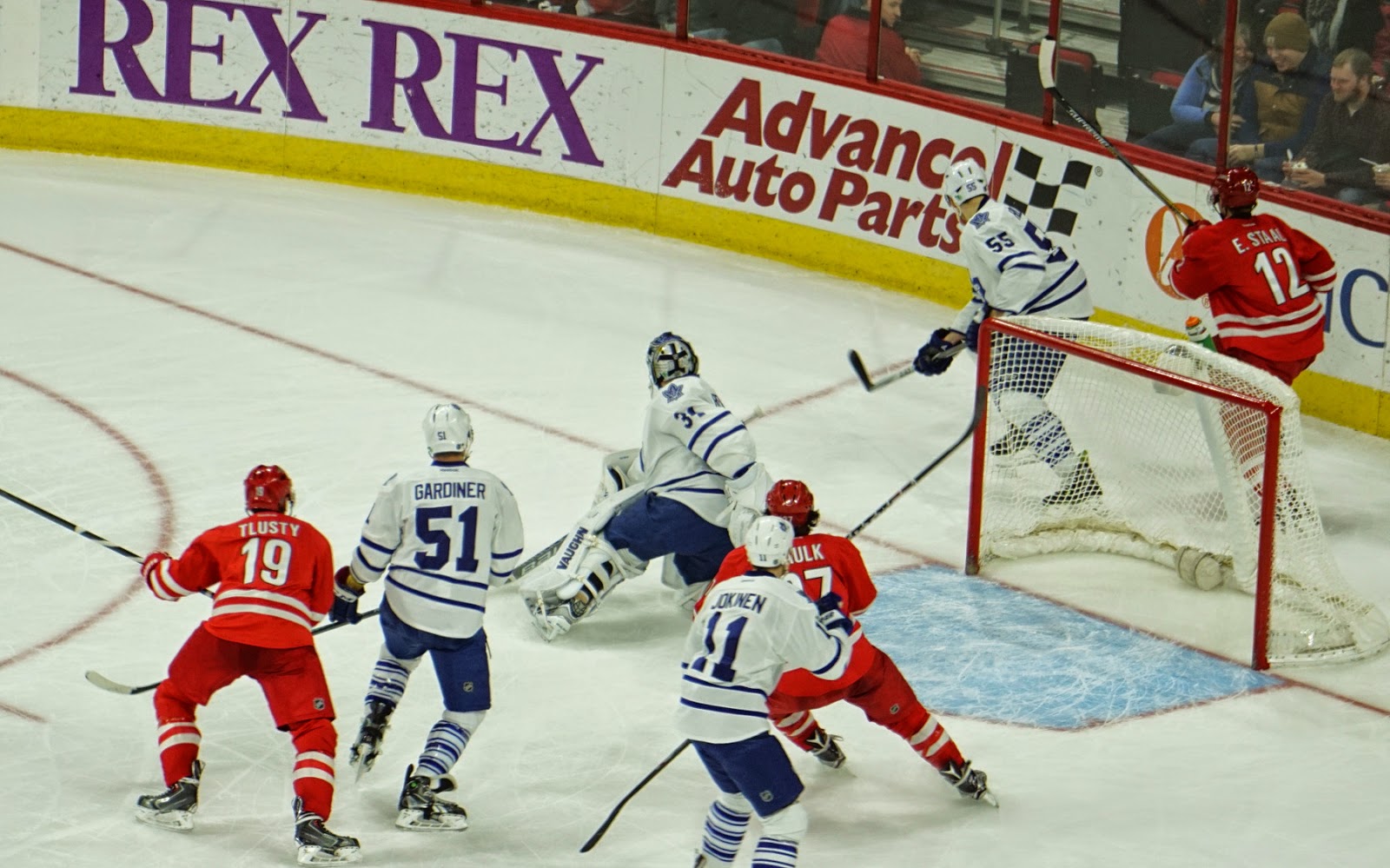 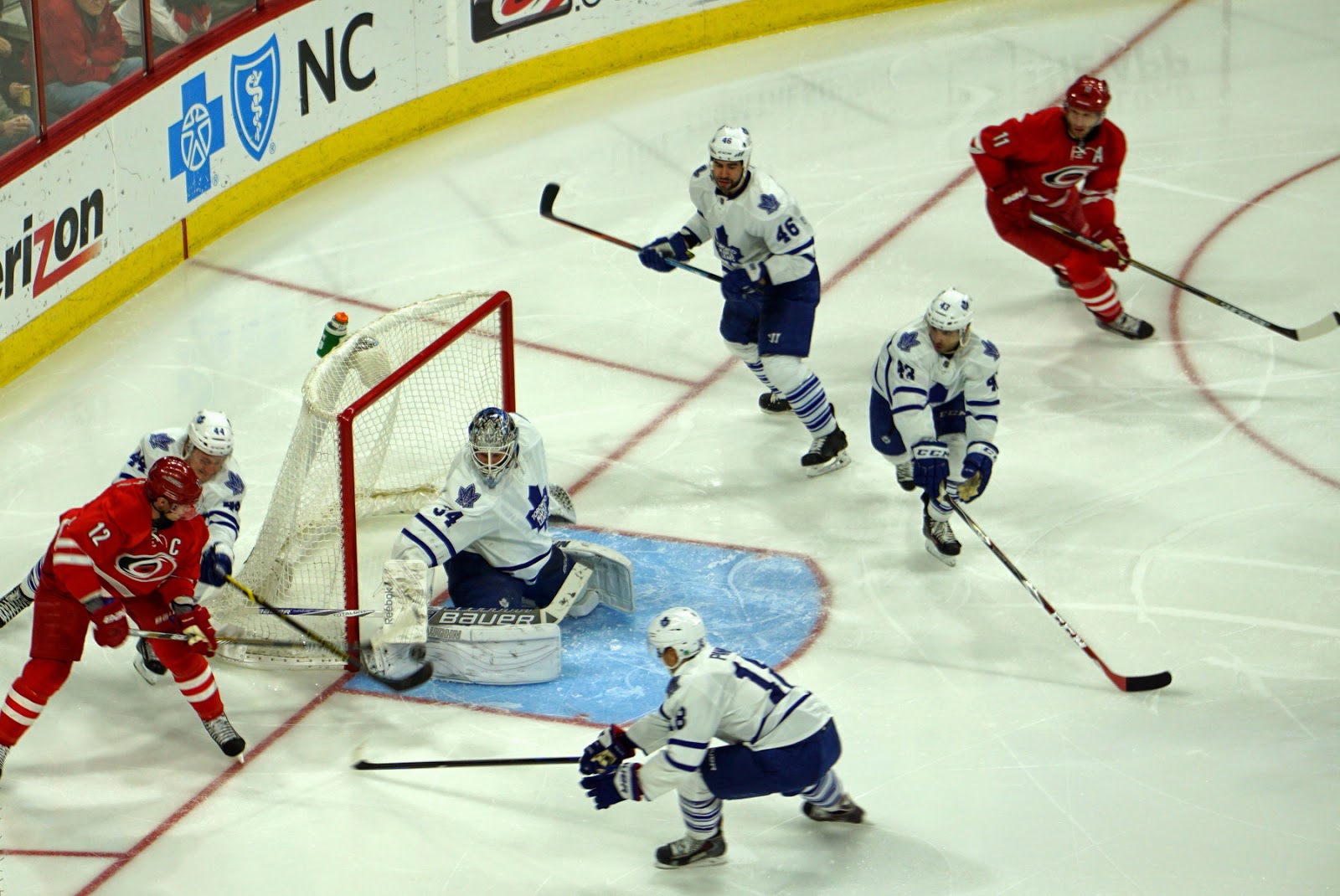 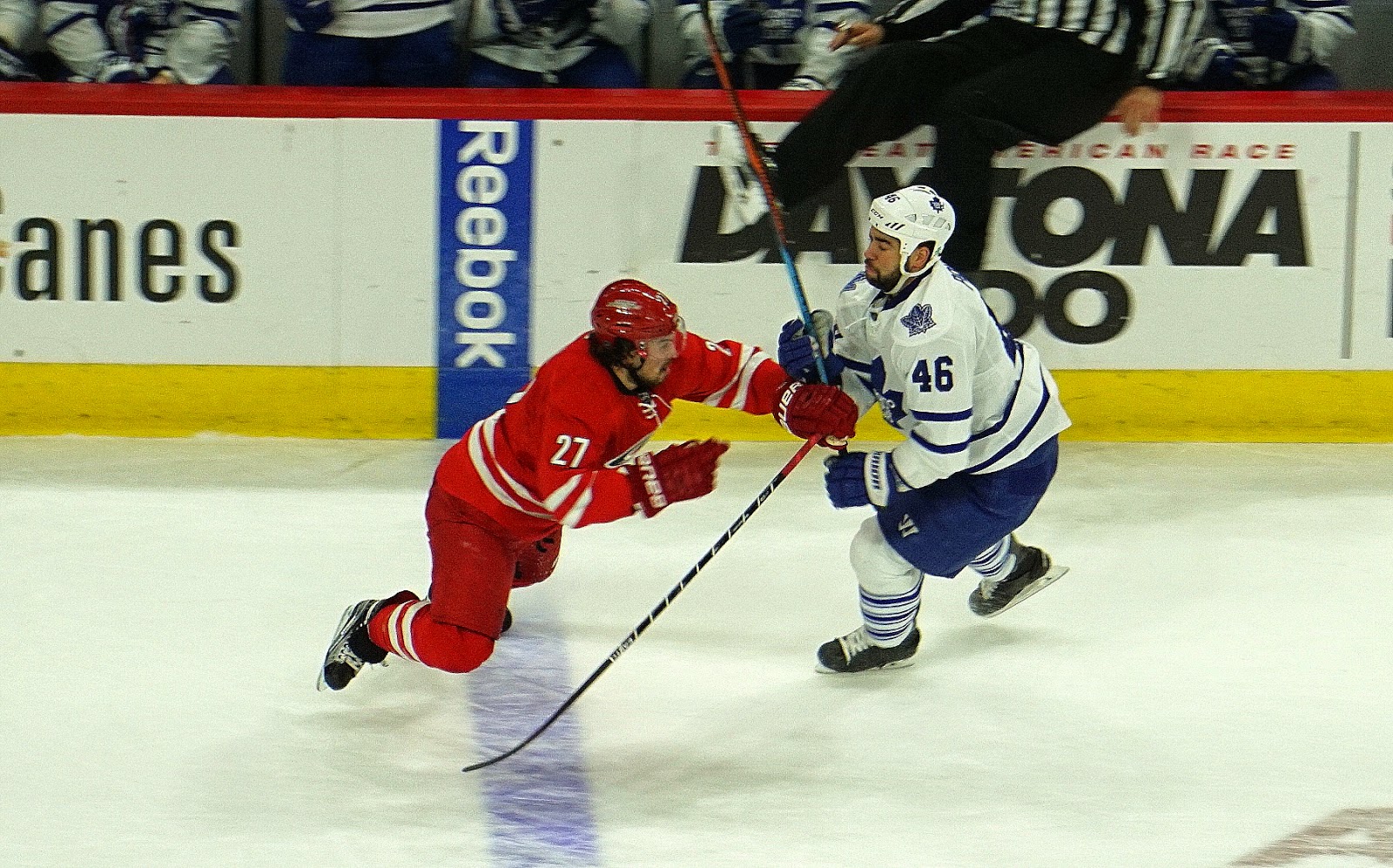 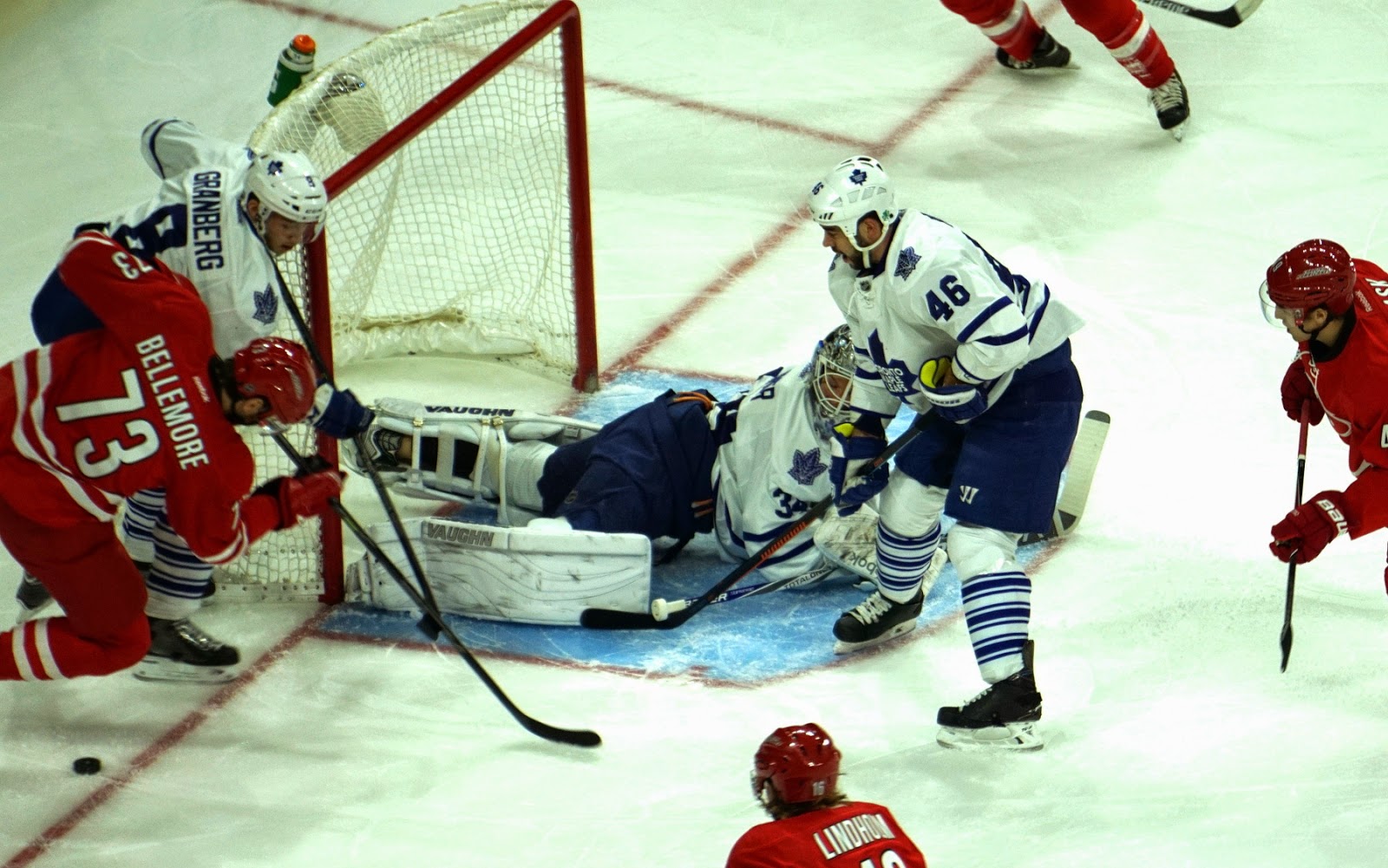 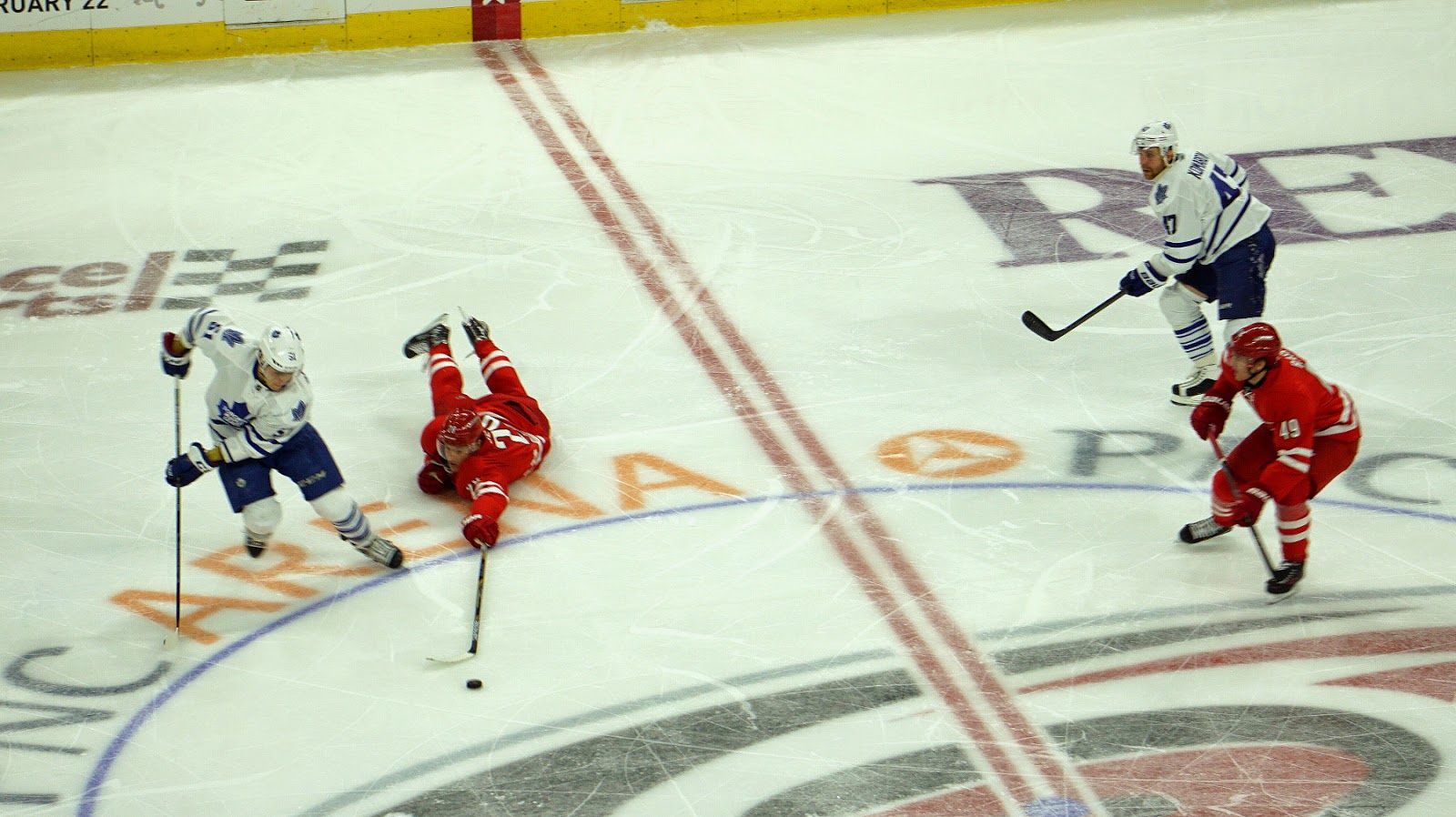 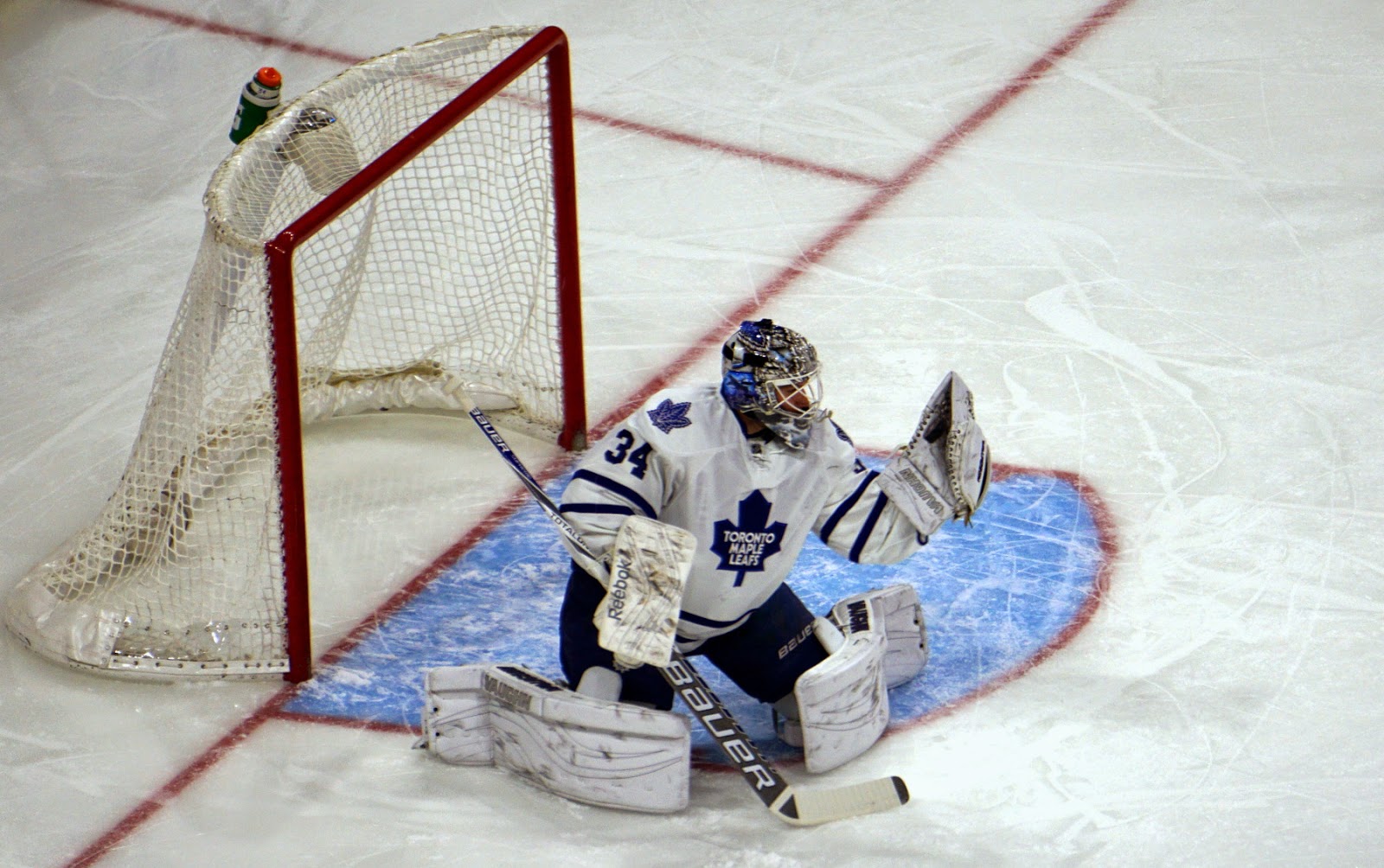 In what has become the tradition of sports teams from Toronto, the leafs proudly and boldy reached for the stars and took second place in the competition.  The final score: Leafs 1, Hurricanes 2.
Posted by Dave DeBaeremaeker at 11:58 AM