Caring For The Cairn 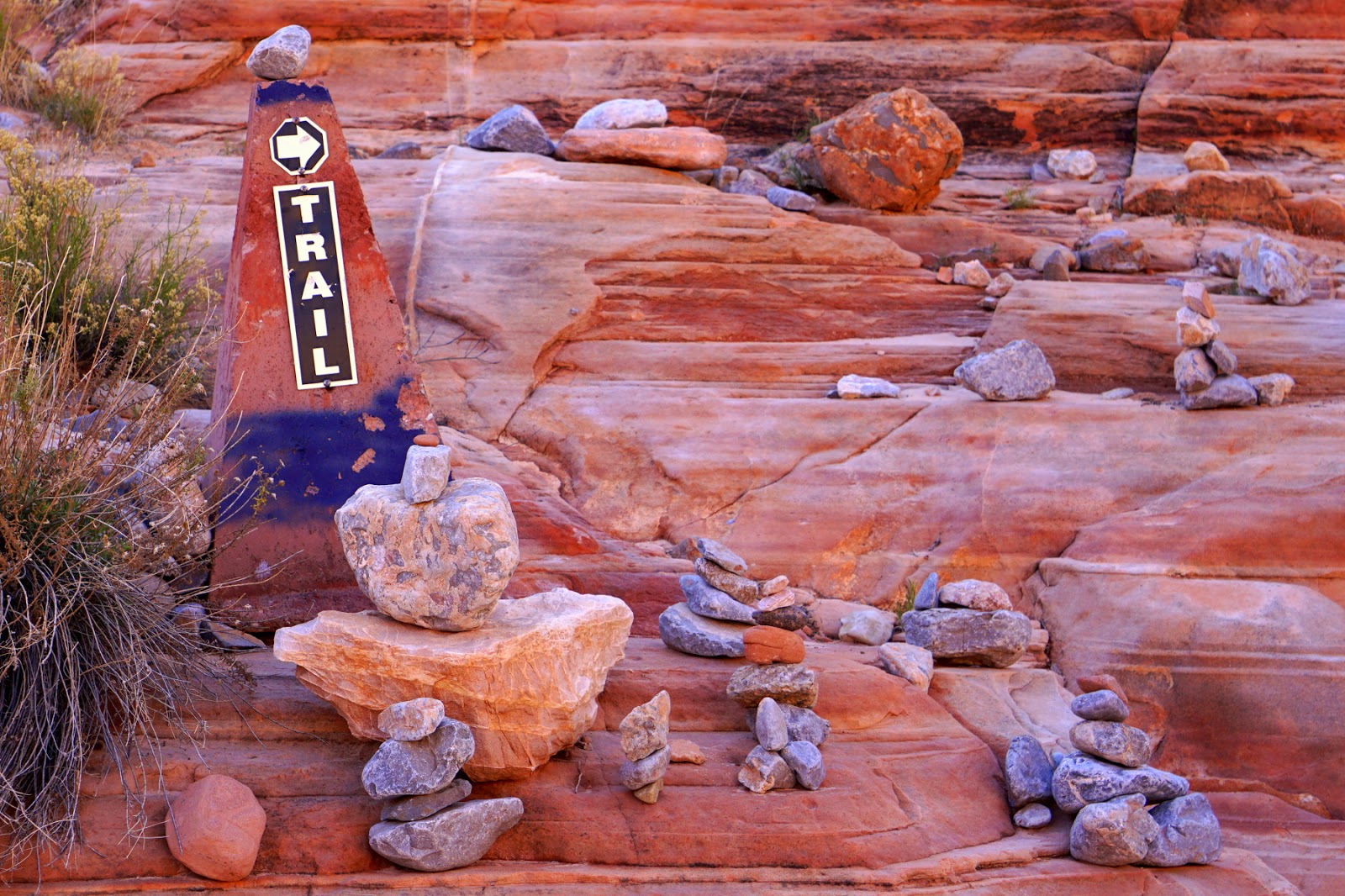 One more post about my experiences in the Valley Of Fire during my adventures at The Great Scavenger Meet Up (an adventure that so far has taken me 11 posts to cover, and I haven't even been in Nevada for 48 hours yet).

The last few posts have found me hiking the White Dome Trail with three of my fellow Scavengers.  We had just found a geocache, and at this point in the story had only hiked a couple hundred feet further down the trail into a gully, when we came upon a sight that warms my heart.

If you are not familiar, cairns are piles of rock that act as sign posts, or memorials.  Often they are used by hikers as a way of saying "I was here".

This gully was home to many dozen cairns.  Clearly a lot of folks come by this spot. 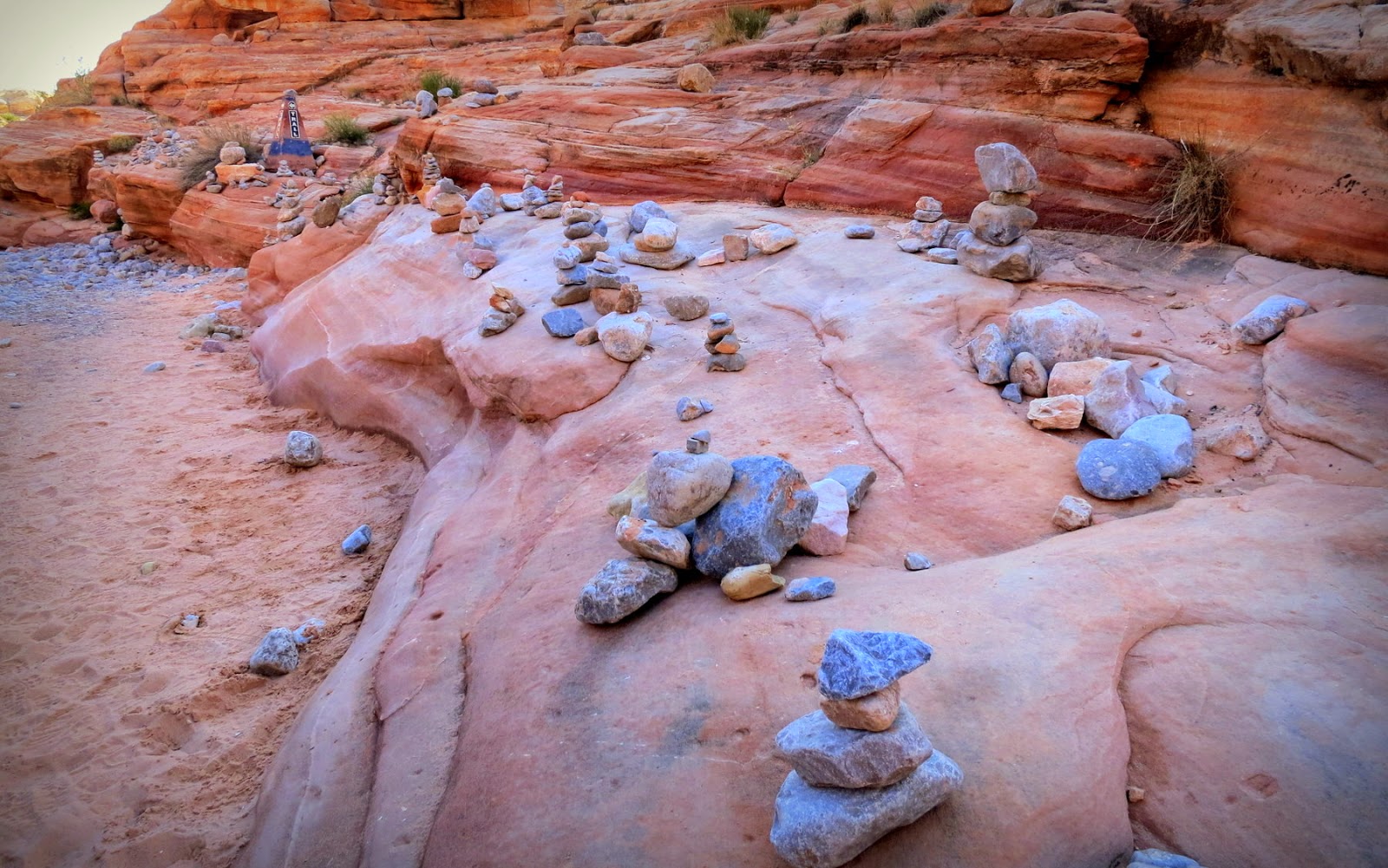 Now, Canadians reading this are likely asking the exact same question I was at this point... is there one?  I mean with this many there has to be at least one right? 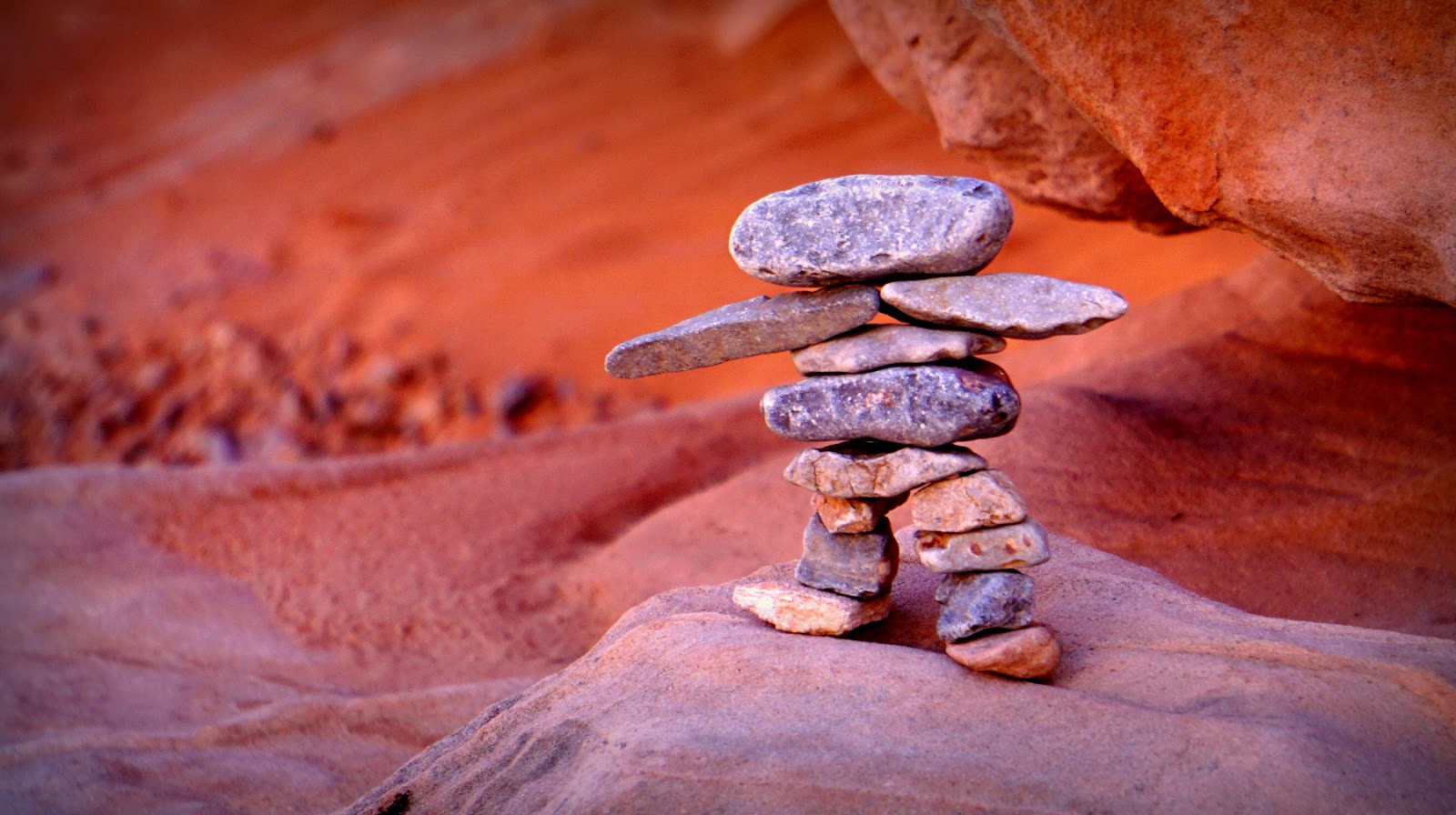 An inuksuk!  These are special cairns used primarily by the native people who populate the North american portion of the arctic circle.  They are often designed to look like people.  The inuksuk has been adopted as a symbol of Canada, so its presence told me immediately something important (at least to me):  a Canadian has been here.

Since I am also Canadian, I immediately set about the task of making an inuksuk of my very own. 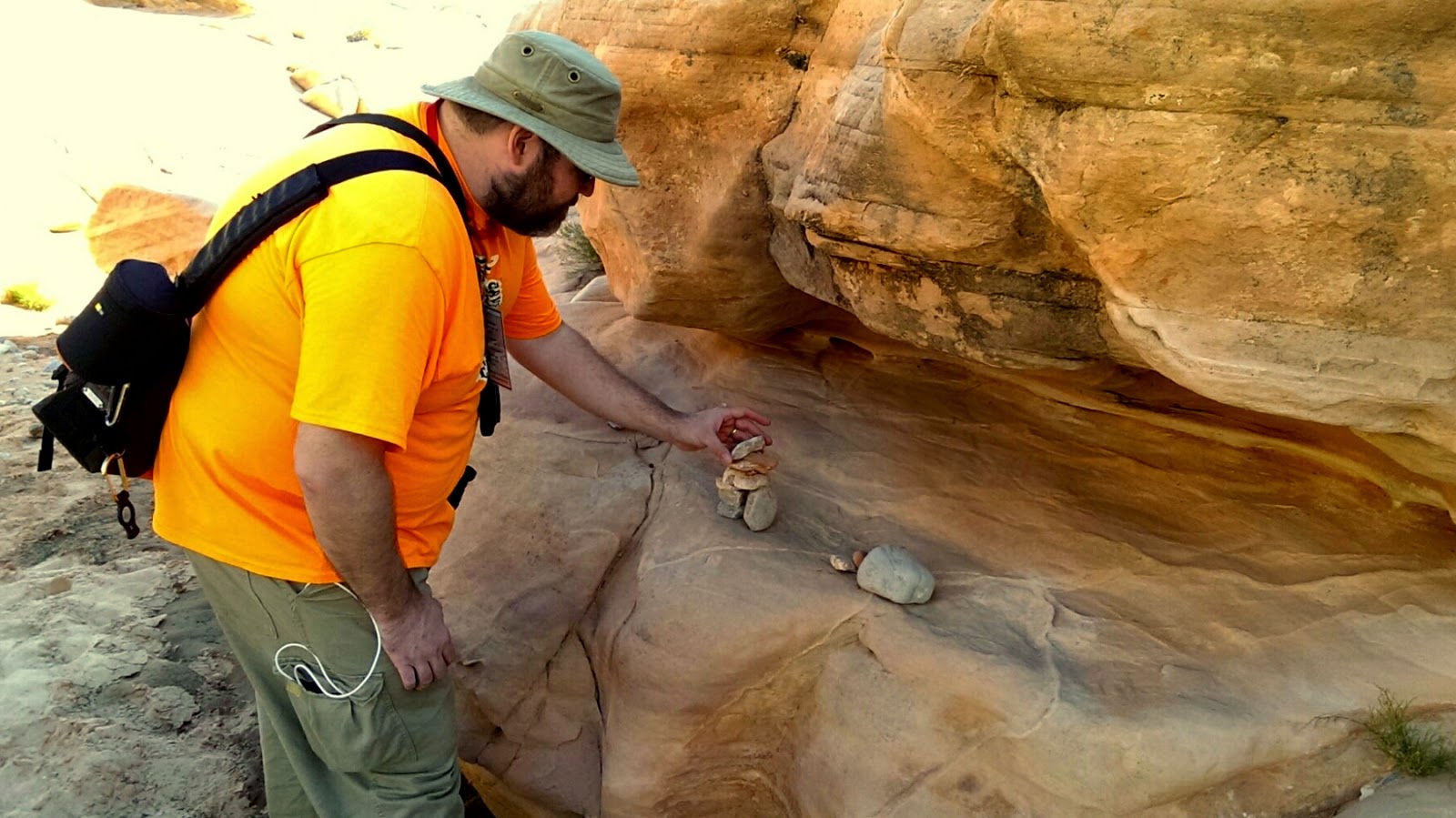 I dubbed him "Hunter" after the favourite past-time of the Scavengers I was with: the +Chrysta Rae Photo Scavenger Hunt.  What do you think of my creation? 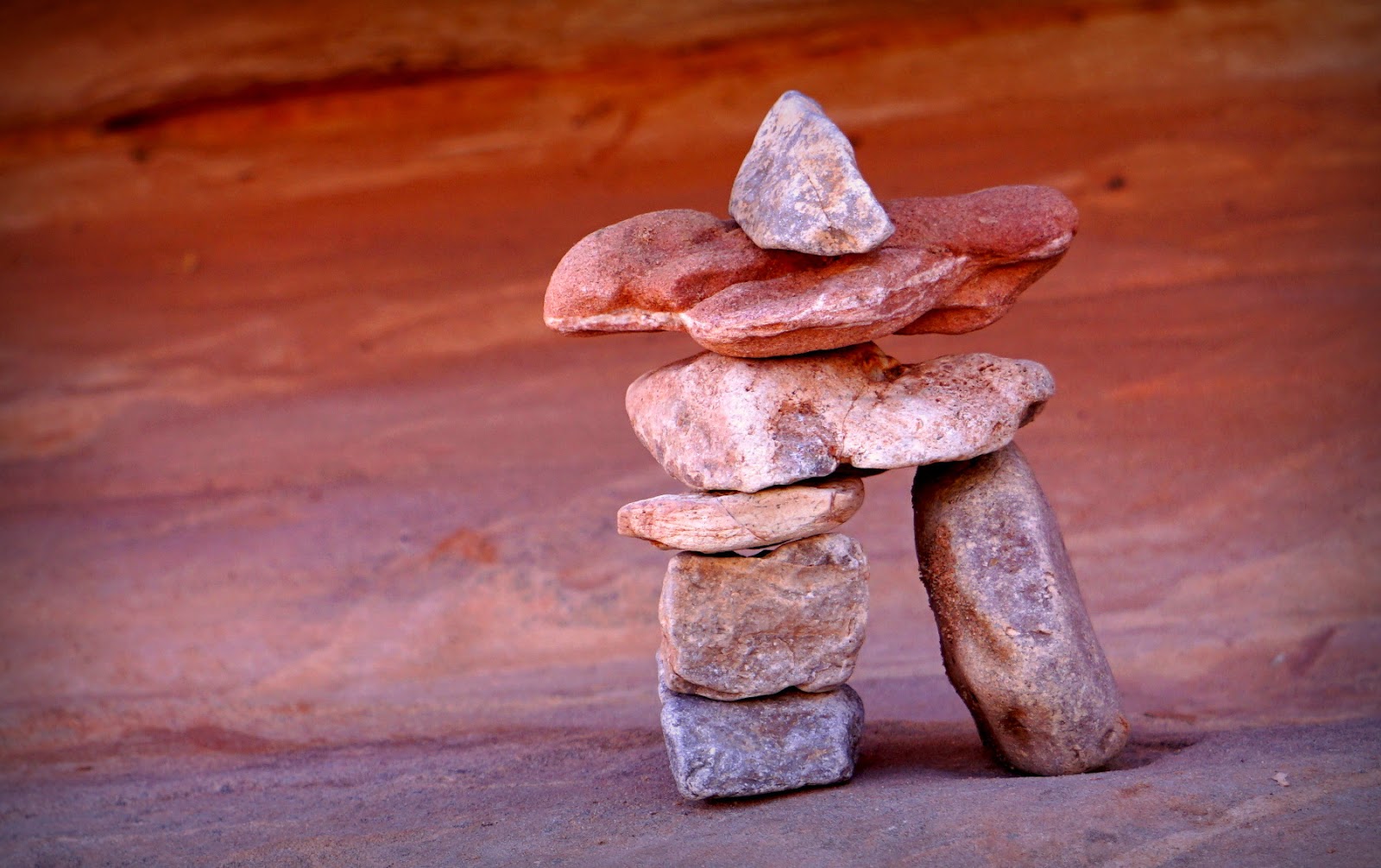 So this concludes my stories from the Valley of Fire. At this point I've only spent four short hours here, but its proven itself to be a place packed with action and adventure.  However its time to move on to new adventures.

The next adventure doesn't involve nature, but it does involve a great deal of fire, and an amazing transformation.  Stay tuned!
Posted by Dave DeBaeremaeker at 7:58 PM

Email ThisBlogThis!Share to TwitterShare to FacebookShare to Pinterest
Labels: Inukshuk, The Great Scavenger Meet Up