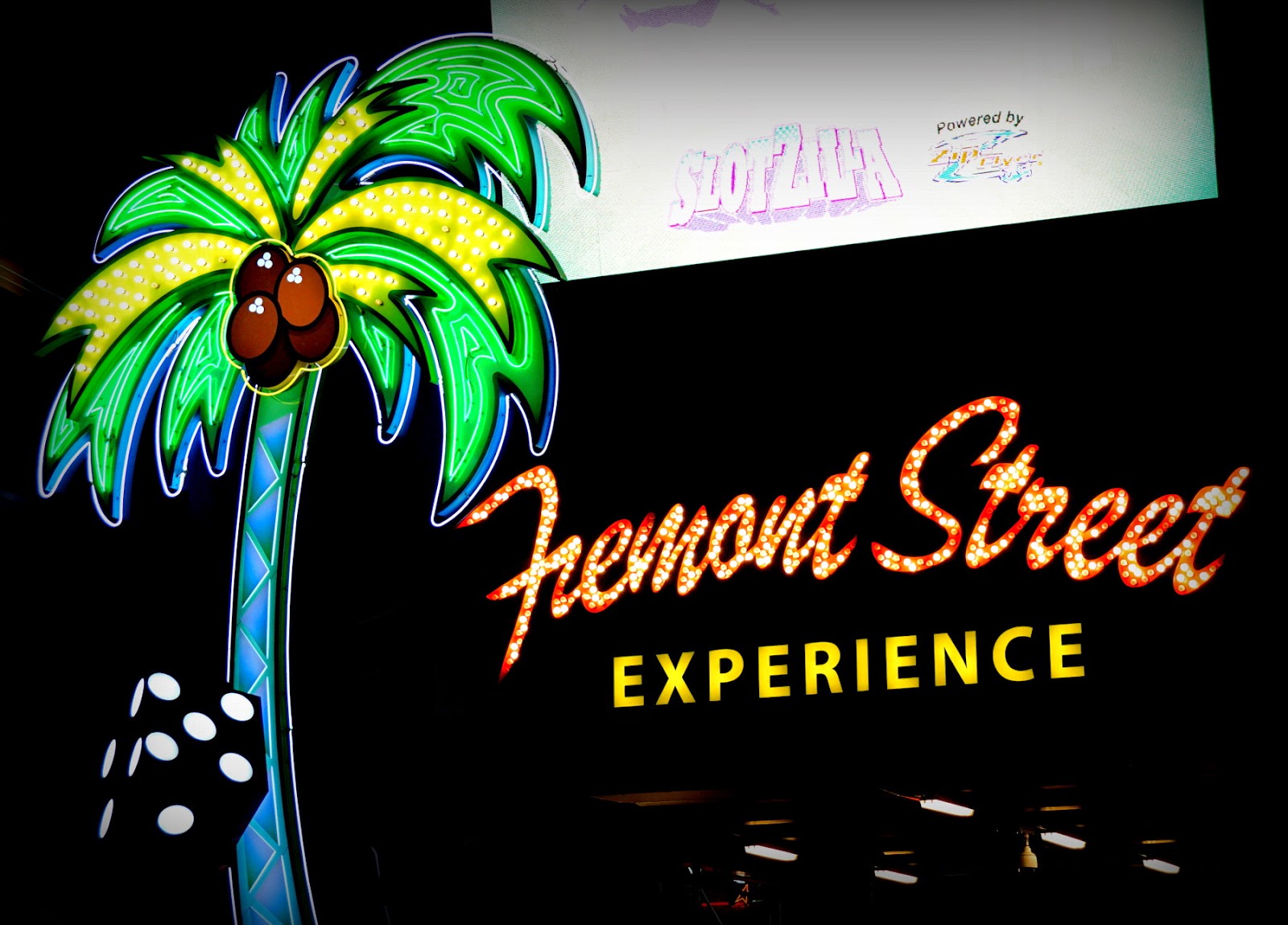 When one thinks of Las Vegas, they generally think of the glitz and glamour of the Las Vegas Strip.

However if one is looking to really immerse themselves in the bright lights and crazy antics that the strip is famous for, they would do well to head north a few miles to downtown Las Vegas and visit Fremont Street.

The Fremont Experience is the Vegas experience boiled down into its essential forms, and given to you in one large lump.  Five blocks of neon lights, street performers, casinos, music, and everything else one expects from Vegas

So the night we arrived in town to attend The Great Scavenger Meet Up event with a bunch of photographers from Google Plus, we ate some food at a buffet at a casino (Cause: Vegas) then walked through the Fremont Experience to check out the lights, sights, and sounds it has to offer.

The first thing you notice is the giant light display that runs overhead.  It is an enormous canopy that runs the entire length of the 5 blocks of the Experience.  It contains 12.5 million LEDs, has a 550,000 watt sound system, and takes 10 computers to control.  It is the largest light display... (queue Jeremy Clarkson)... in the world.

Once an hour they turn off all the lights on the street, and give a 10 minute rock show from the canopy.  When we were there they played some songs from Heart, while showing a 5 block long light show. 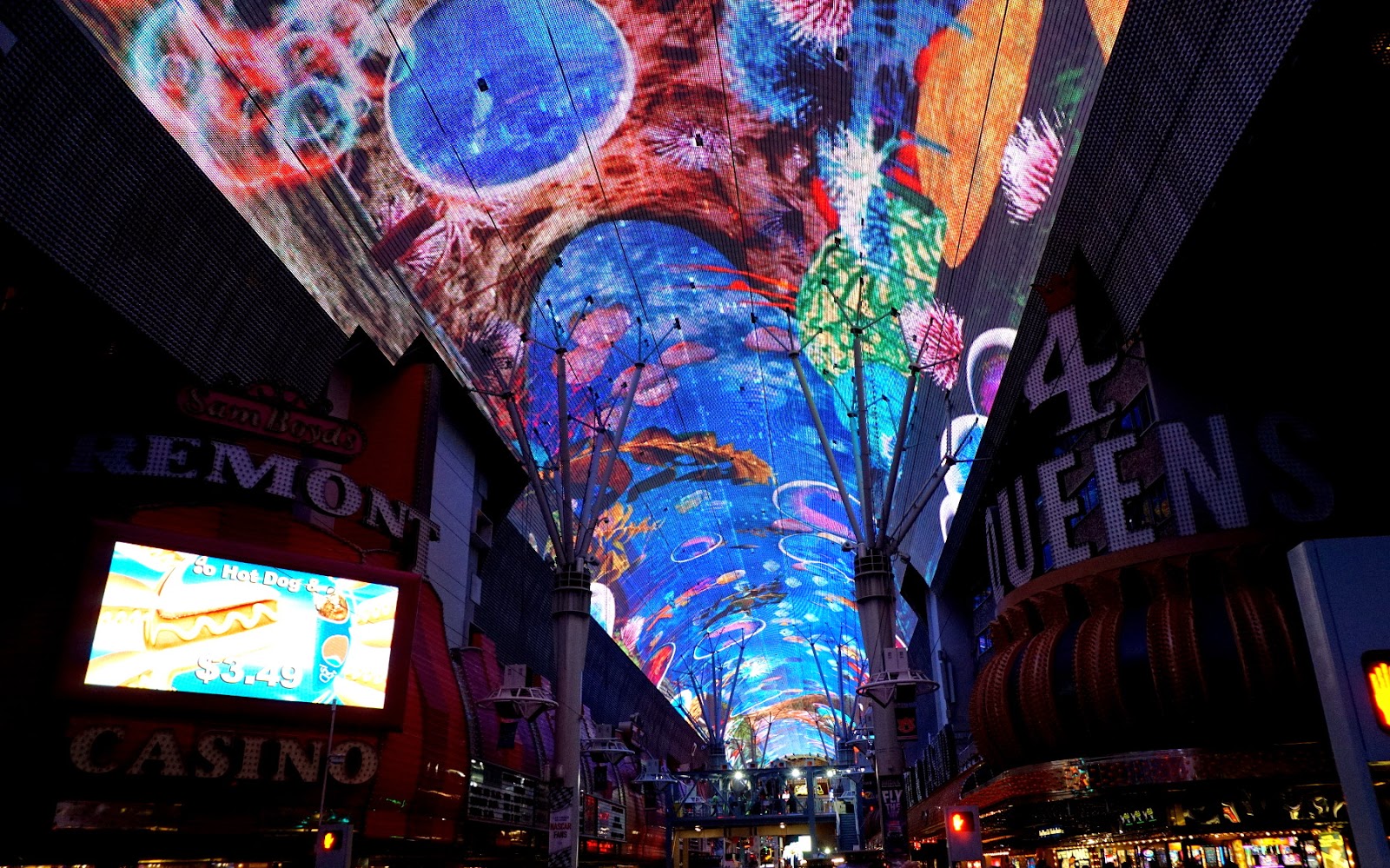 The next thing you notice is all of the people dressed up in costume.  They are street performers of sorts (for most of them their only real talent seems to be putting on a costume), who work for tips in exchange for letting tourists take photos with them. 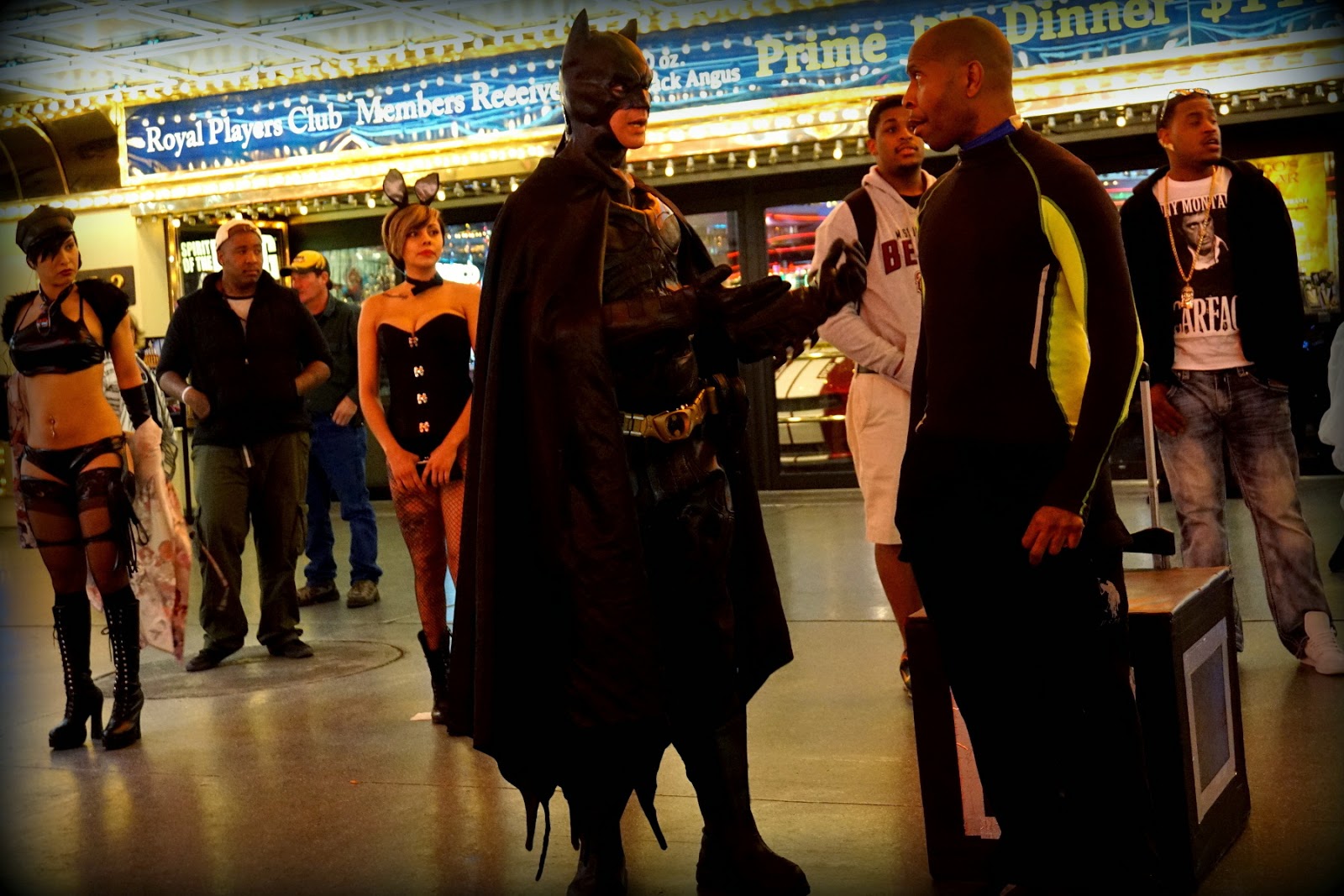 It was at this point that I saw something magical in the distance... my good friend Olaf.  He was calling to me, waving me over for a hug (note: I may have had too much shrimp at the buffet). 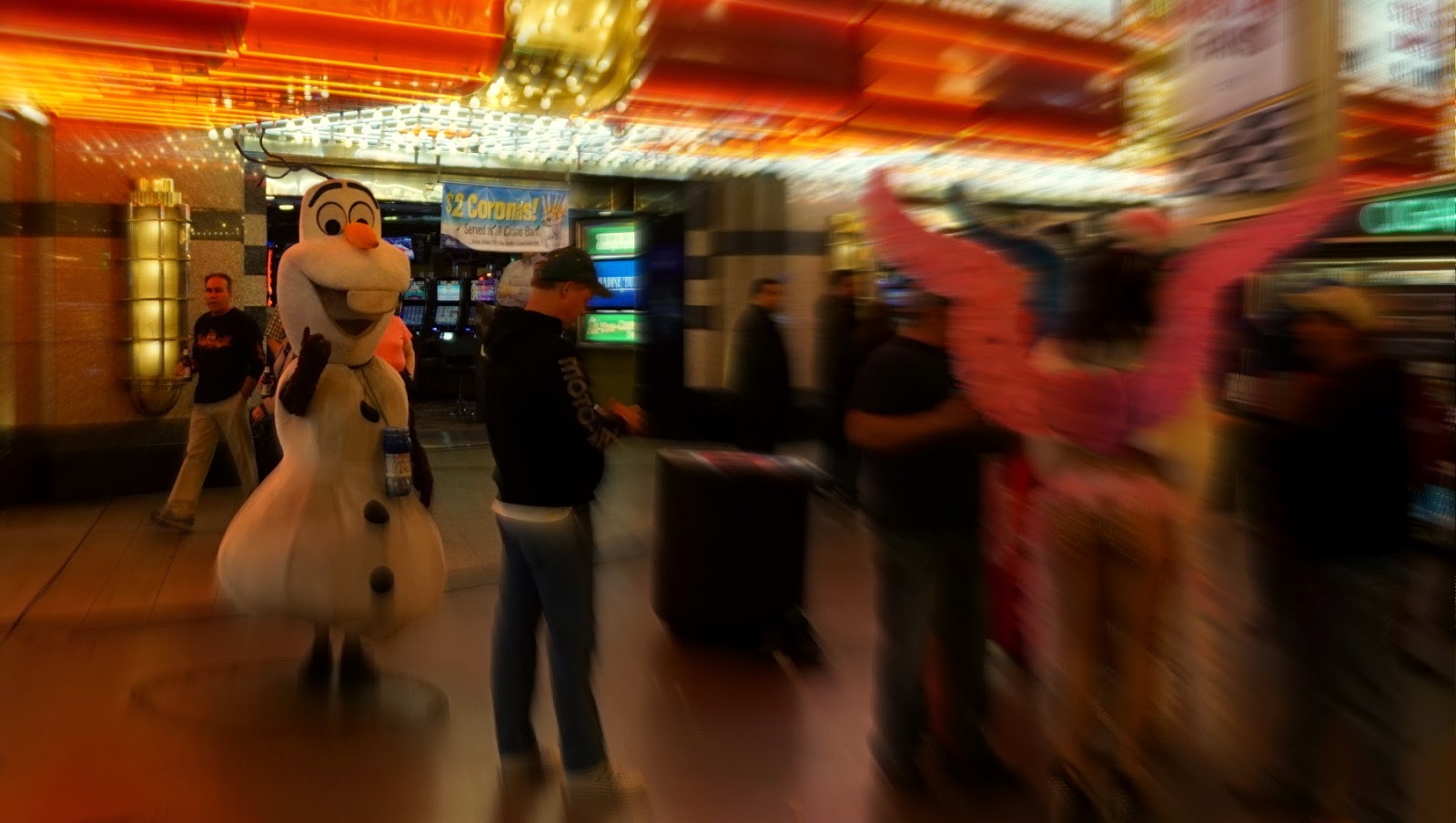 After rushing over to get a hug,  I continued on down the street.  Soon I ran cross the path of a living statue. 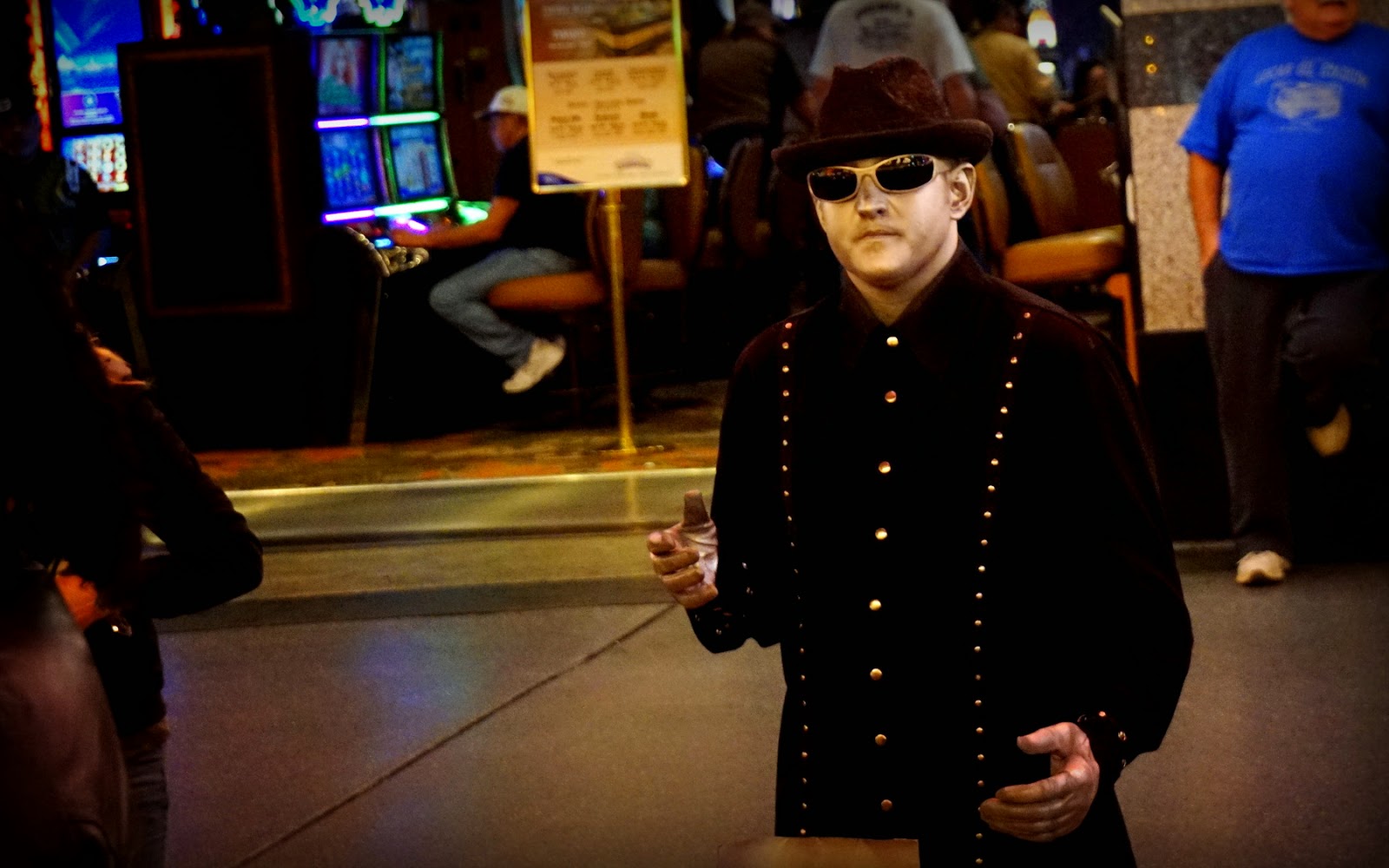 This artist was one of the highlights of the experience.  He was standing in the middle of the street at a booth, making amazing pictures with mainly spray paint (and some clever application of scrapers and paper towels).  This shot shows the man at work, as well as one of his already completed pictures. 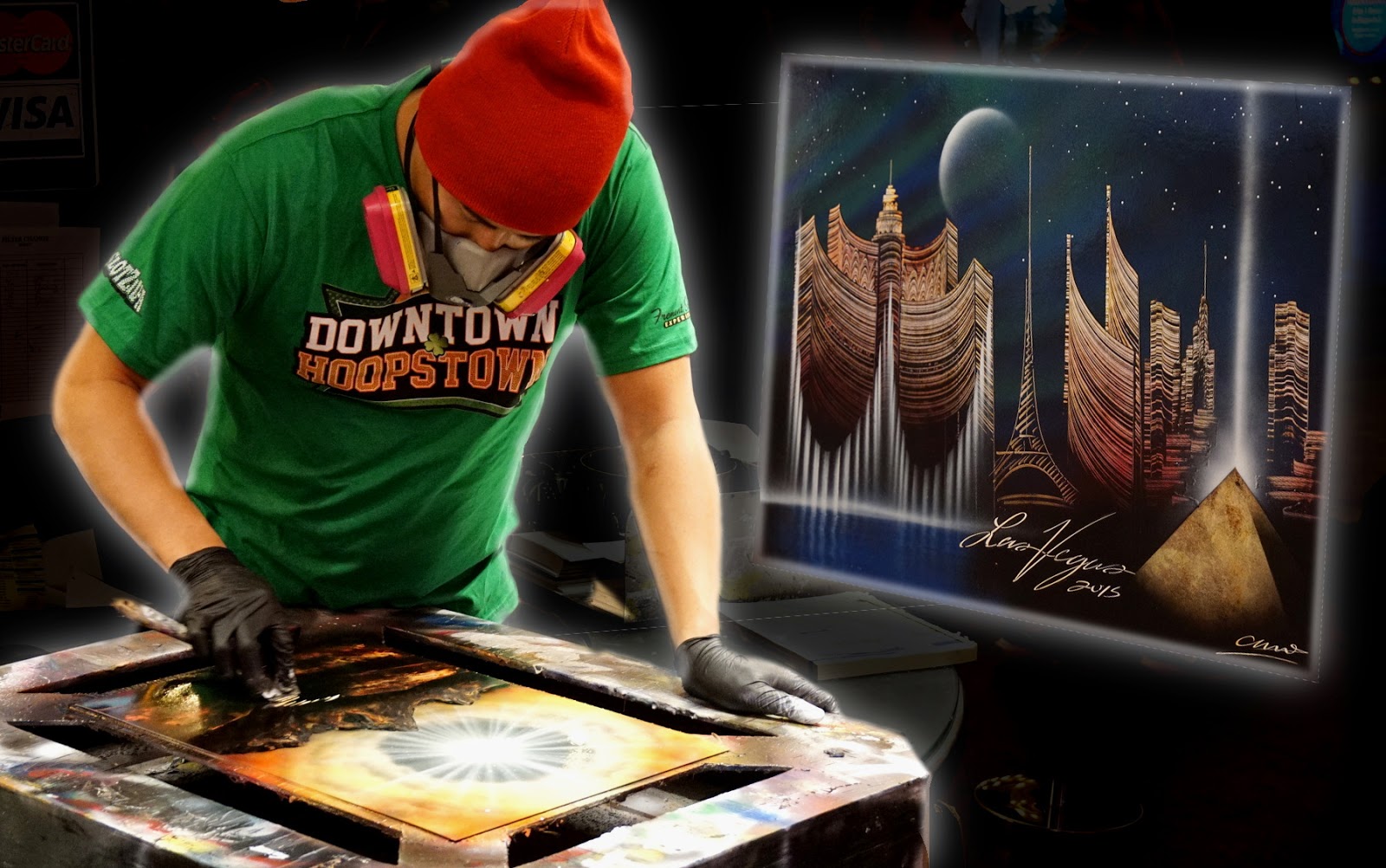 Near the eastern end of the Experience is the Heart Attack Grill - a restaurant themed off of excess and unhealthiness that American is known for. 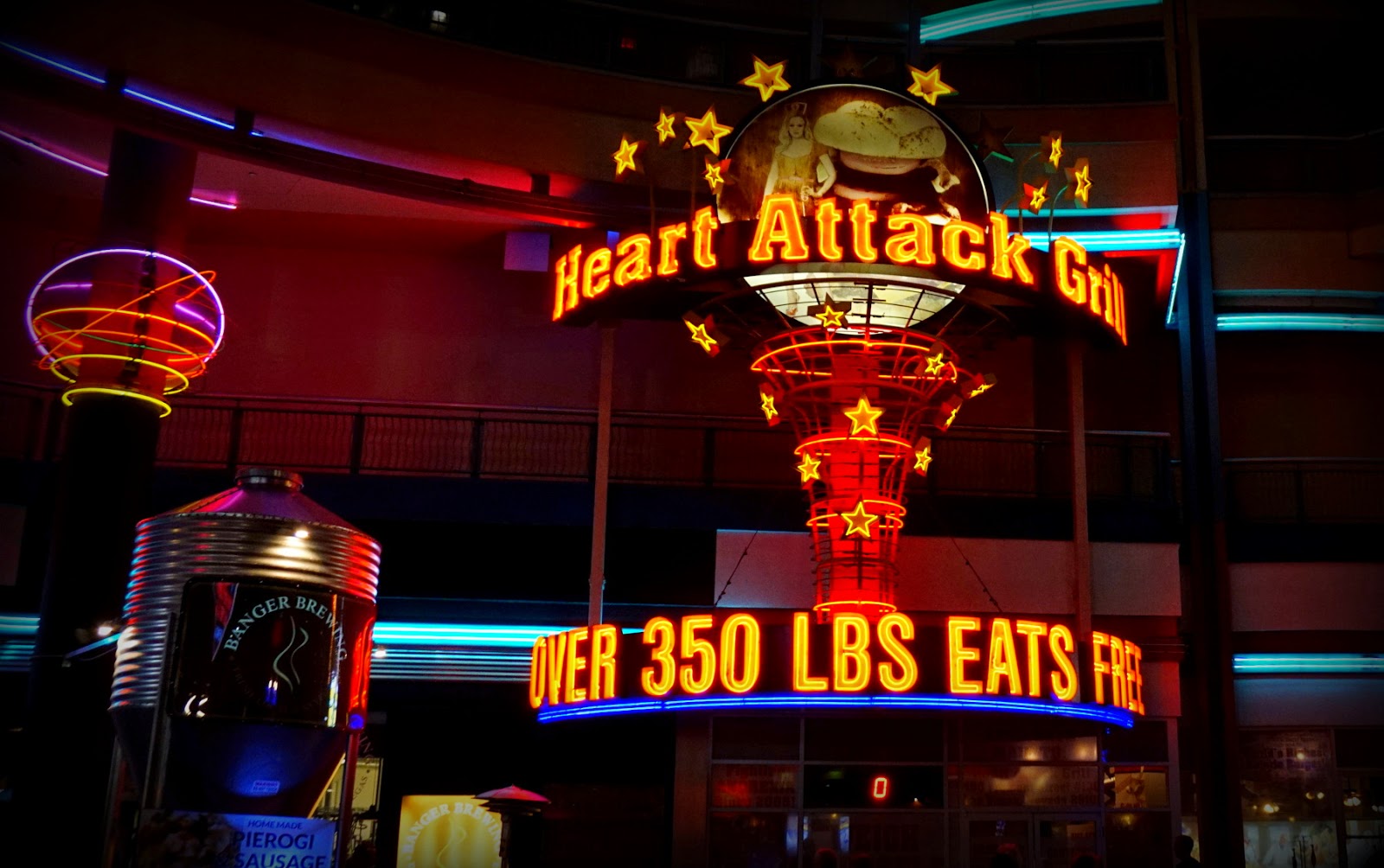 Neon lights, of course, rules the day in Vegas. 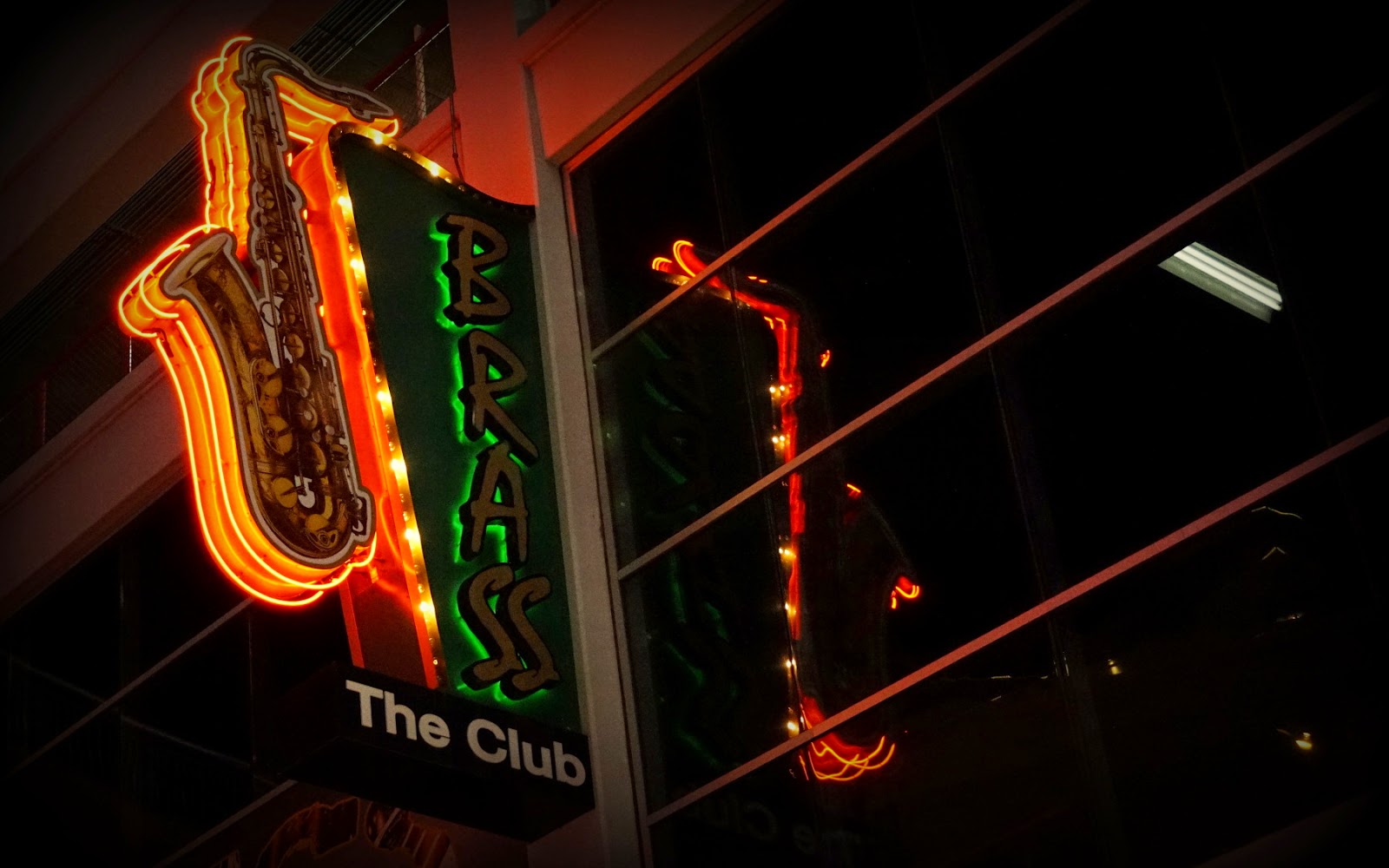 At the very eastern end of the Experience continues the rest of Fremont St.  Its not as glitzy as the street behind this point.   Real life begins here. 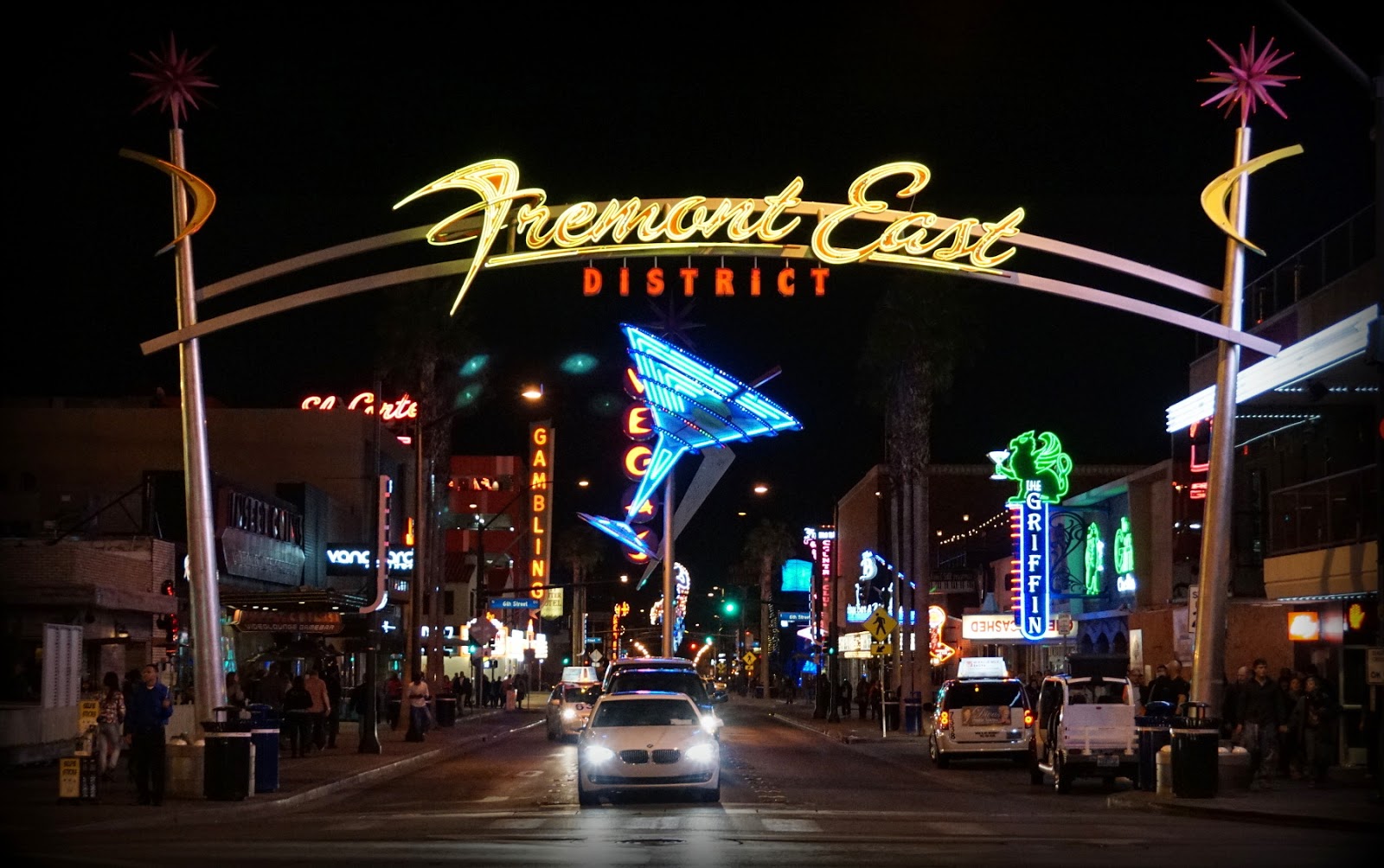 No one goes to Vegas for real life though, so lets turn around, and be greeted by one of the most iconic of Las Vegas sights: 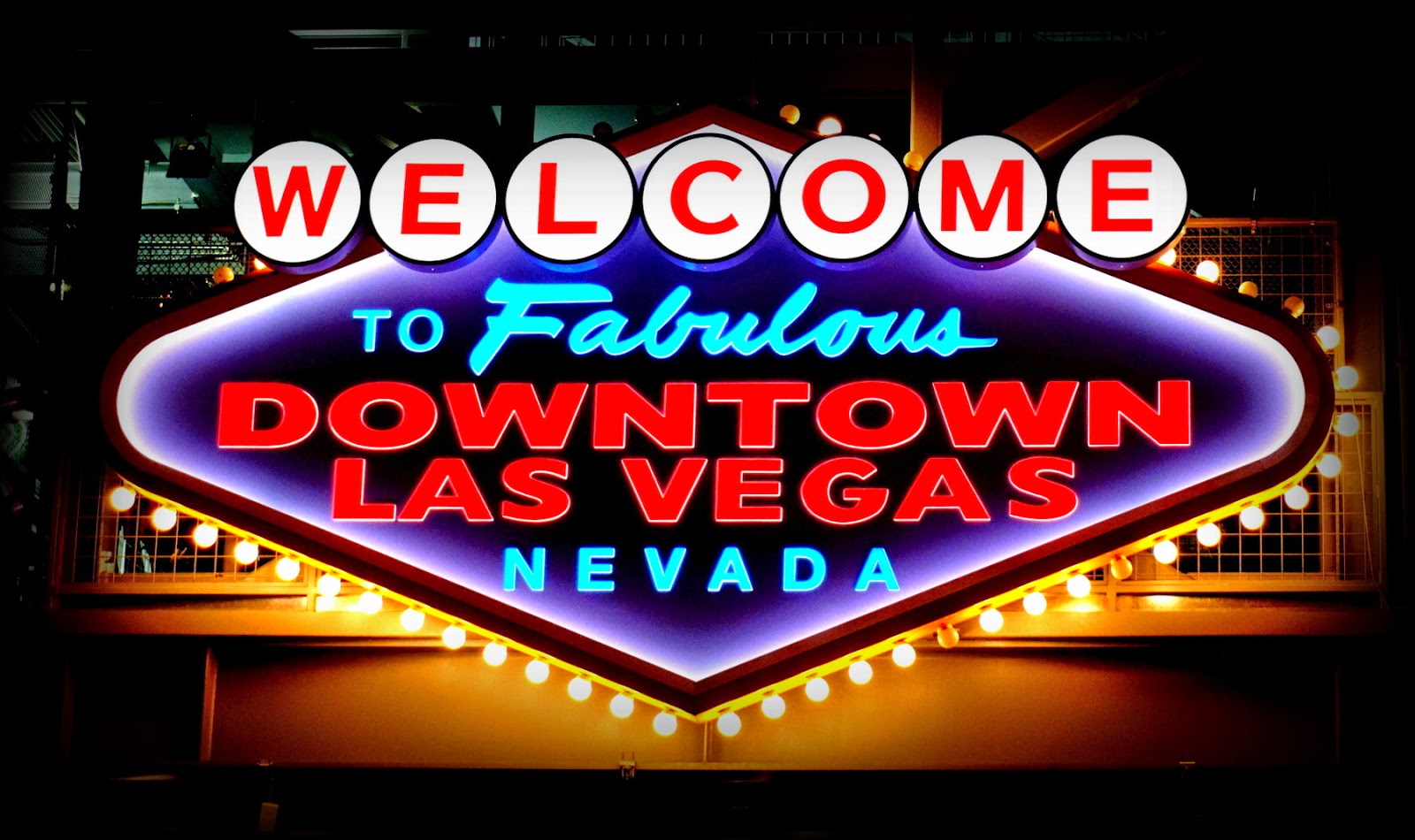