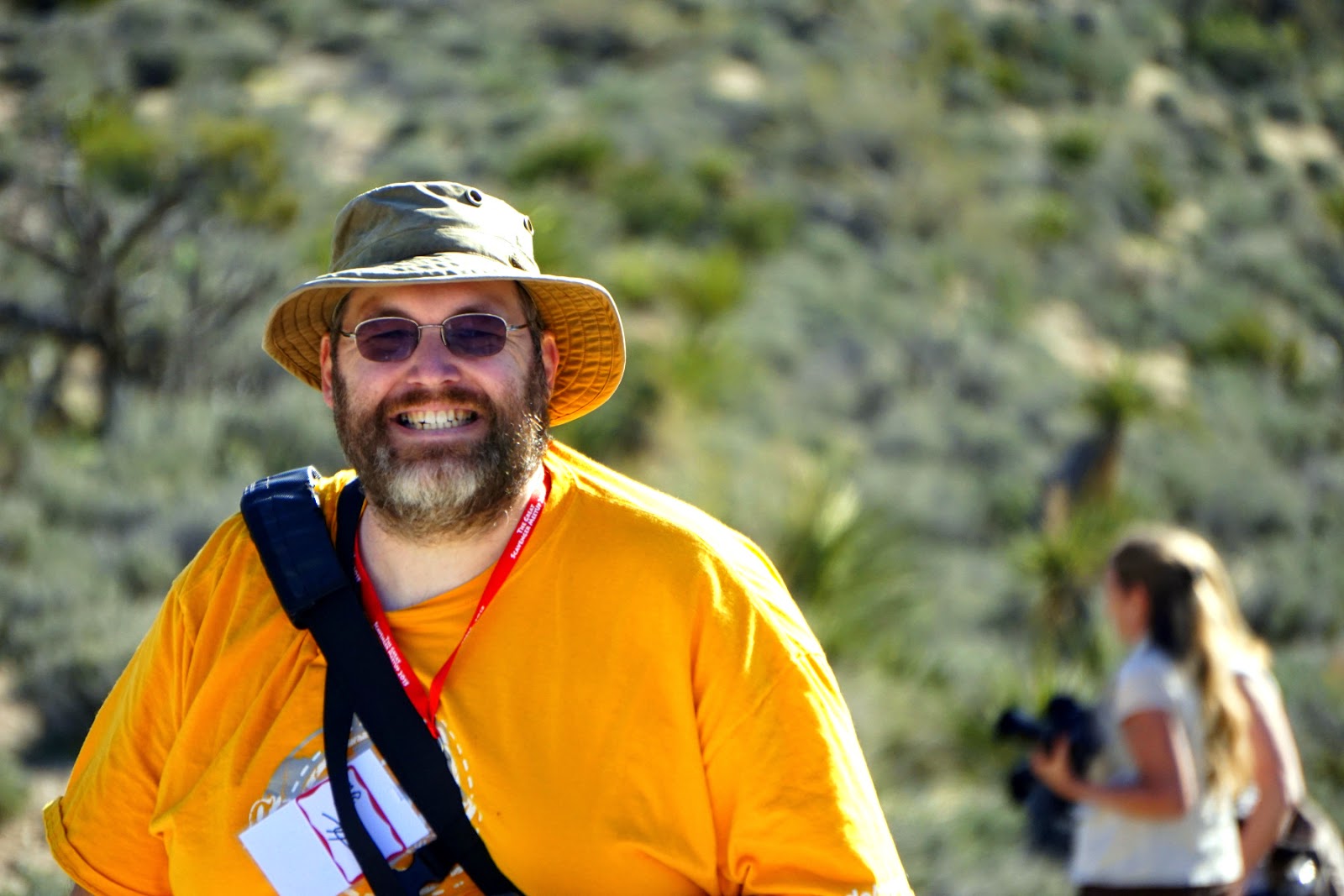 I am not a professional photographer, but I like to play one on the Internet.  This is how I found myself hanging out with 130 Photography Scavengers in Red Rock Canyon near sunny Las Vegas last weekend.

I am a geocacher, which means I was itchin' to take advantage of my surroundings to find some tupperware in the woods desert.

I was on a bus tour, driving the 13 mile long scenic highway that winds its way around the canyon floor.  We stopped from time to time to check out the scenery (see 50 Shades Of Red (Rock Canyon) for photos of the landscape).  Several of these stops had earth caches nearby.  However only two had physical caches close enough to get to during the 15-20 minutes we spent at each stop.

The stop in question highlighted a sandstone quarry that used to operate here.  The stop actually had two convenient caches.  The first is an earth cache, centered around this bad boy of a rock here: 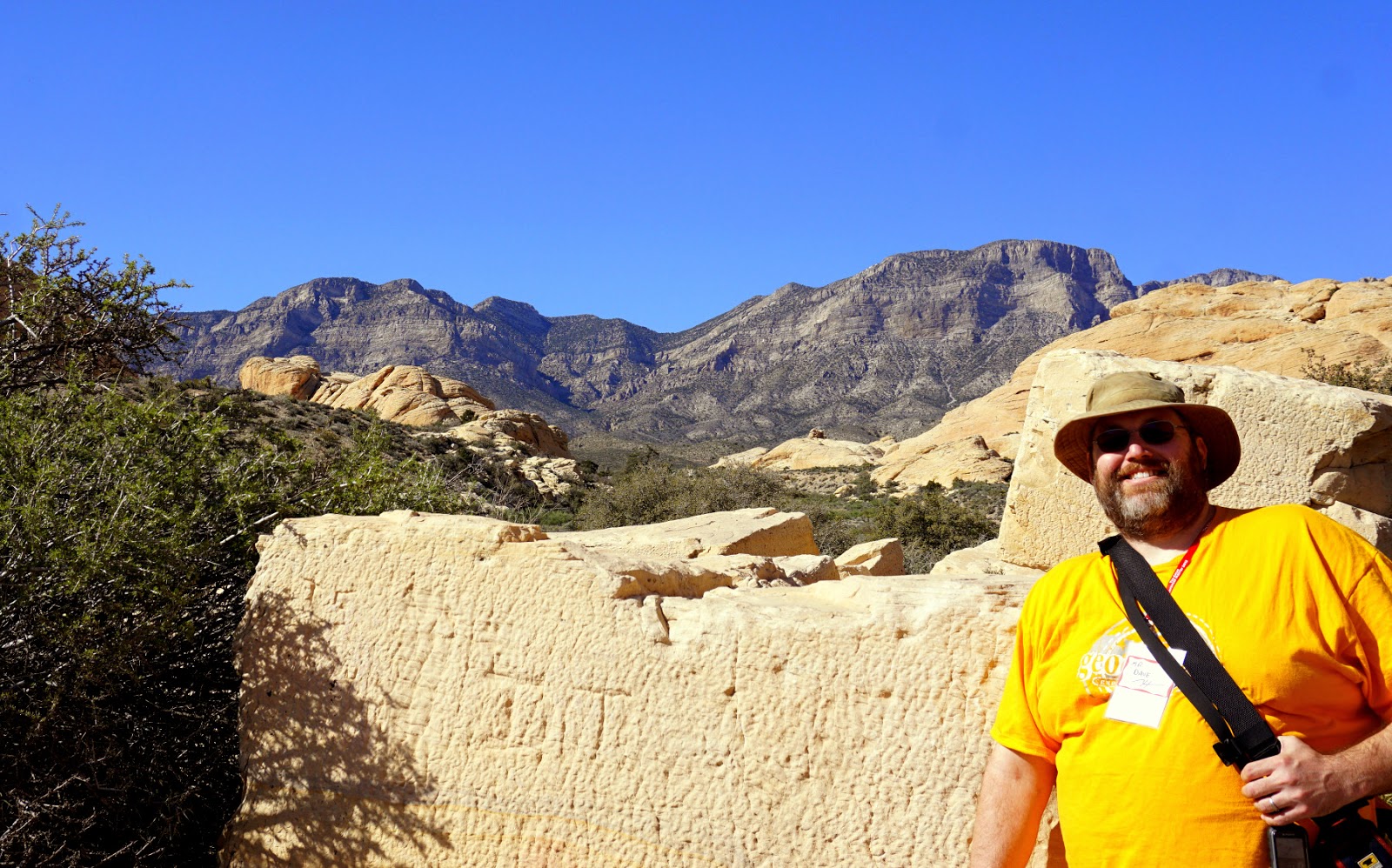 Once I had the info for the earth cache, I headed off down the trail to find the physical cache.  The trail isn't marked very well, so it was more of a "follow the GPS arrow, and watch your step" sort of trek.  If there was a bush nearby I'd call it bushwhacking, but as it stood, it was more of a scramble around large rocks.

Eventually, about 2/10ths of a mile skirting around a few large rocks, and foilage with sharp pointy bits, I found myself at the base of a large rock face.  So I started to scramble up. 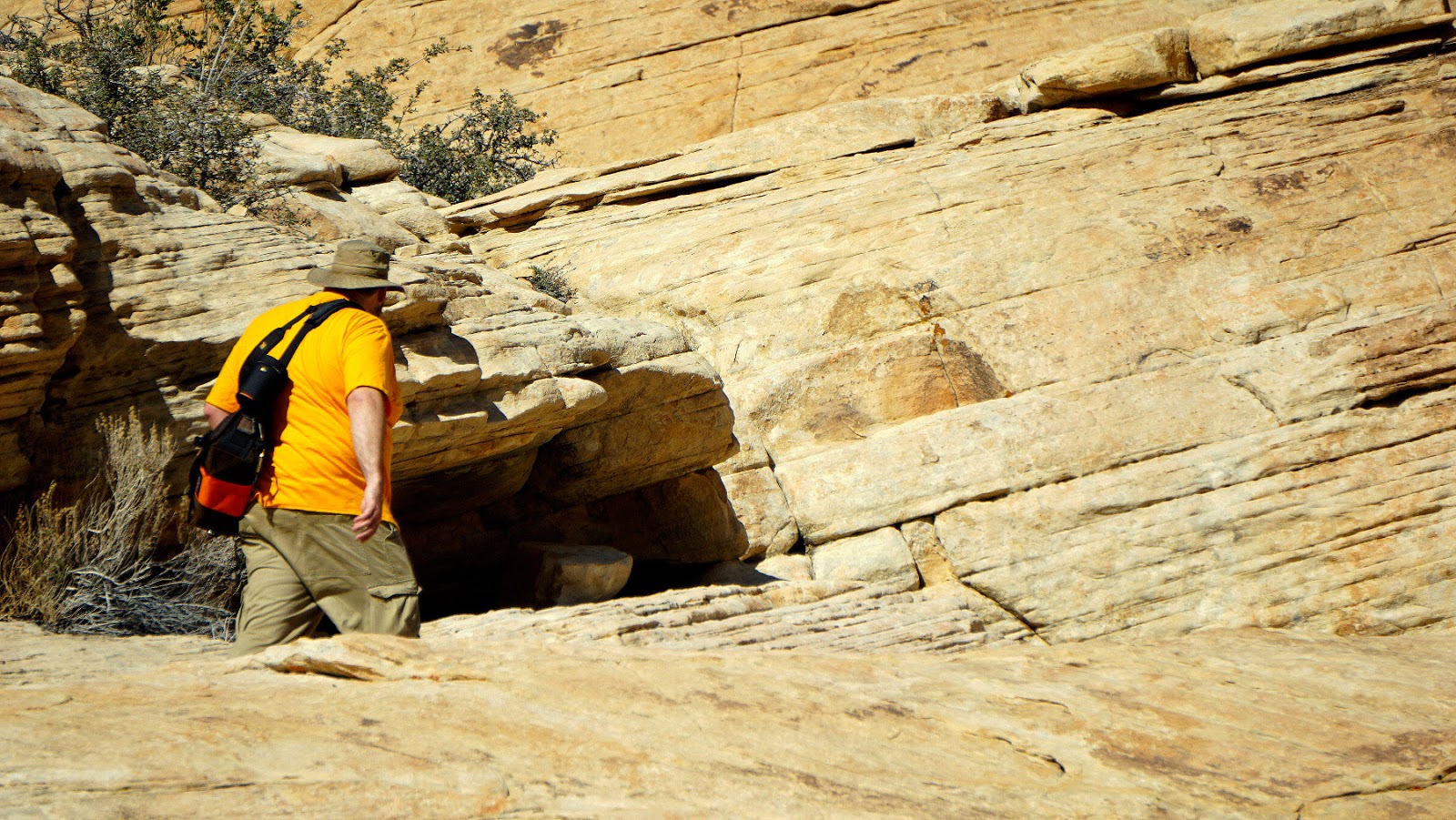 If you are thinking what I was thinking... nope, it was not in that rock crevace.  I checked.  (I have proof!) 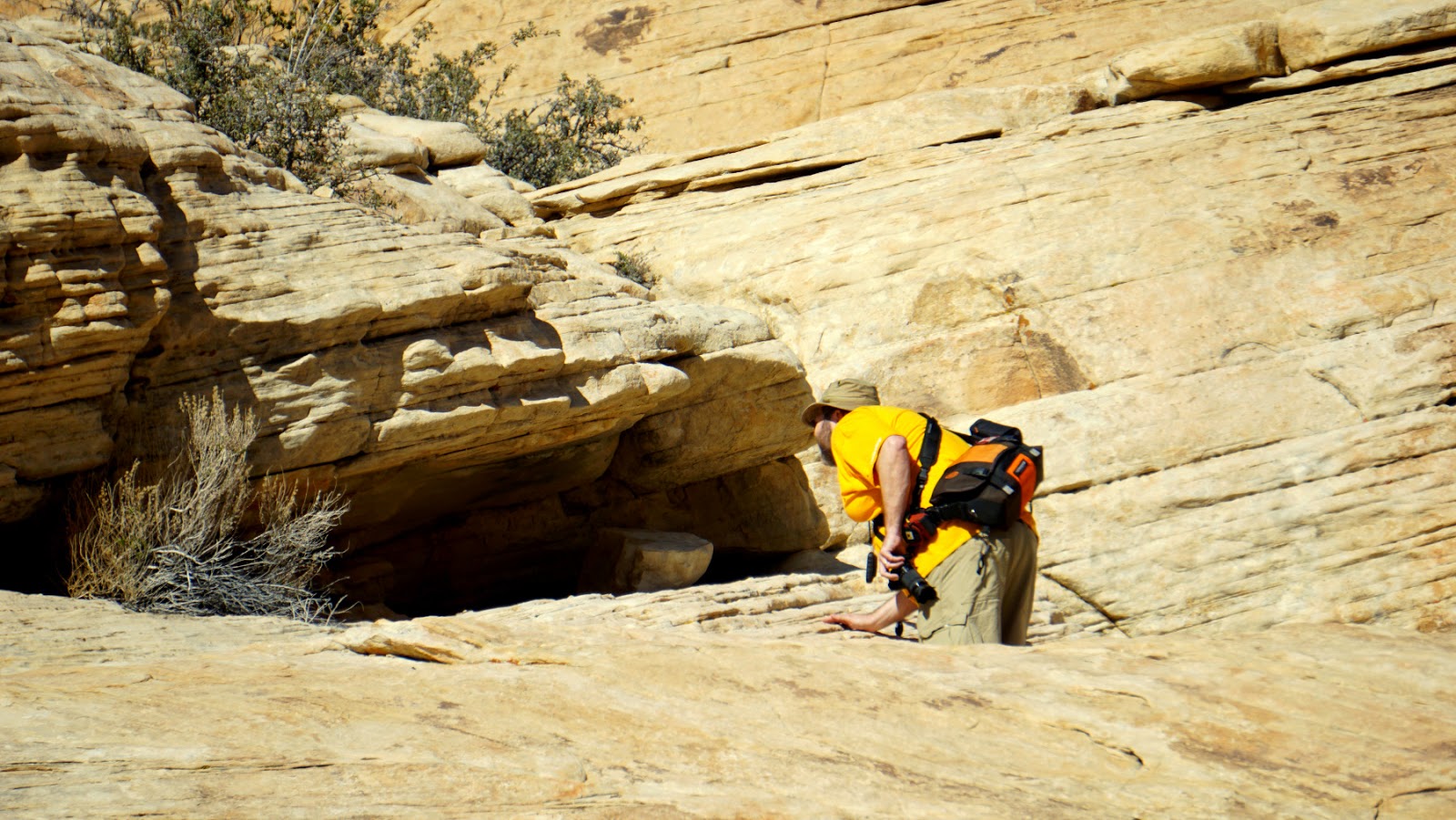 I continued looking around.  Time was getting short, so I was in a hurry, which never helps the finding process.  Eventually I found myself in a narrow crevice in the rock.  It was barely wide enough for me to fit (Shhh! Don't go there!). However a few minutes later I had found my prize. 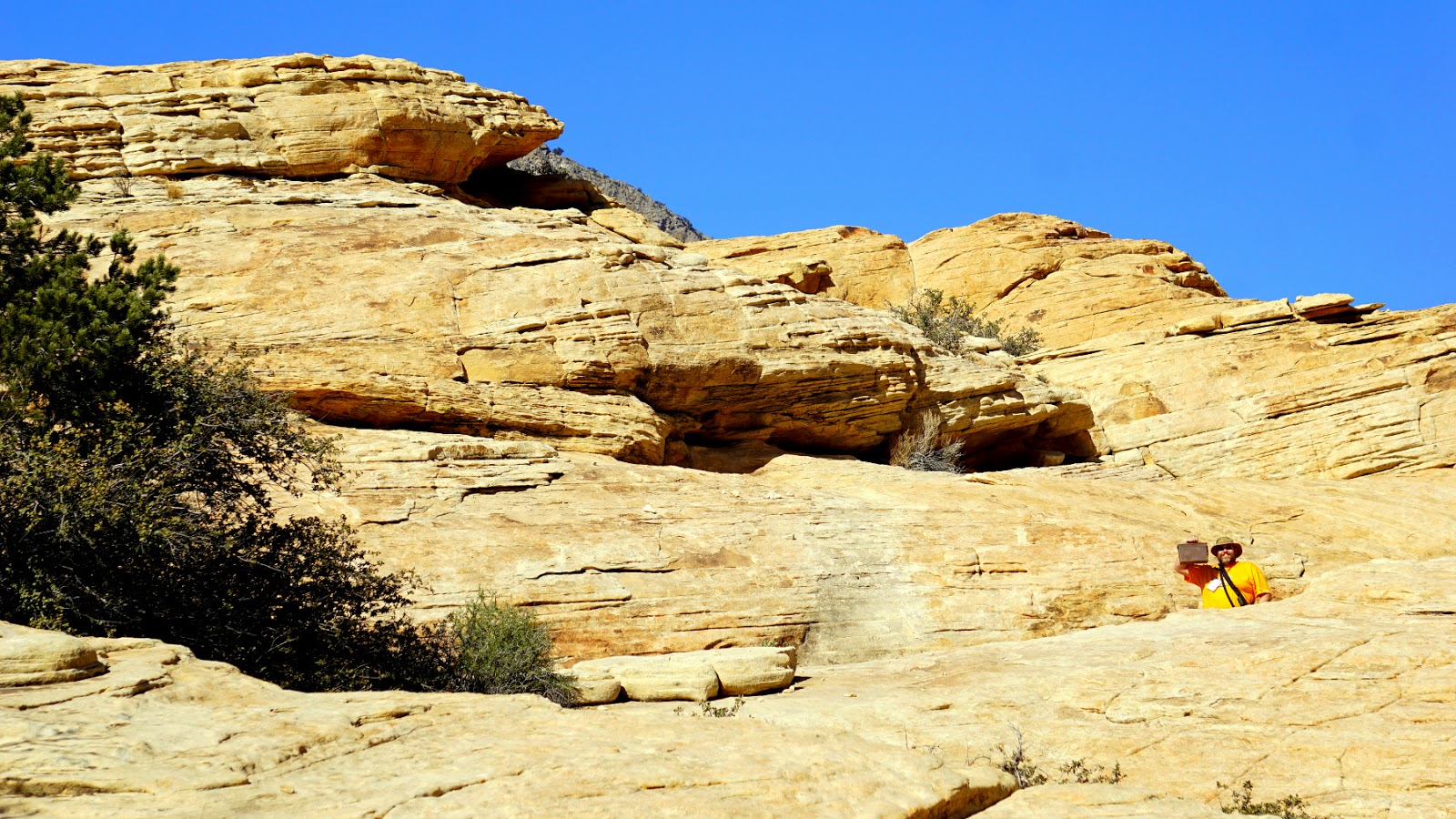 A quick log sign later, and I was heading back down the rocks and rushed back to the bus... only 5 minutes late (I thought ahead and informed the other scavengers ahead of time of my quirky geocaching ways, so they understood completely - really the geocachers "just one more find!" dovetails nicely with the photographers "just one more shot!" - making geocaching and photography almost perfectly complimentary activities.) 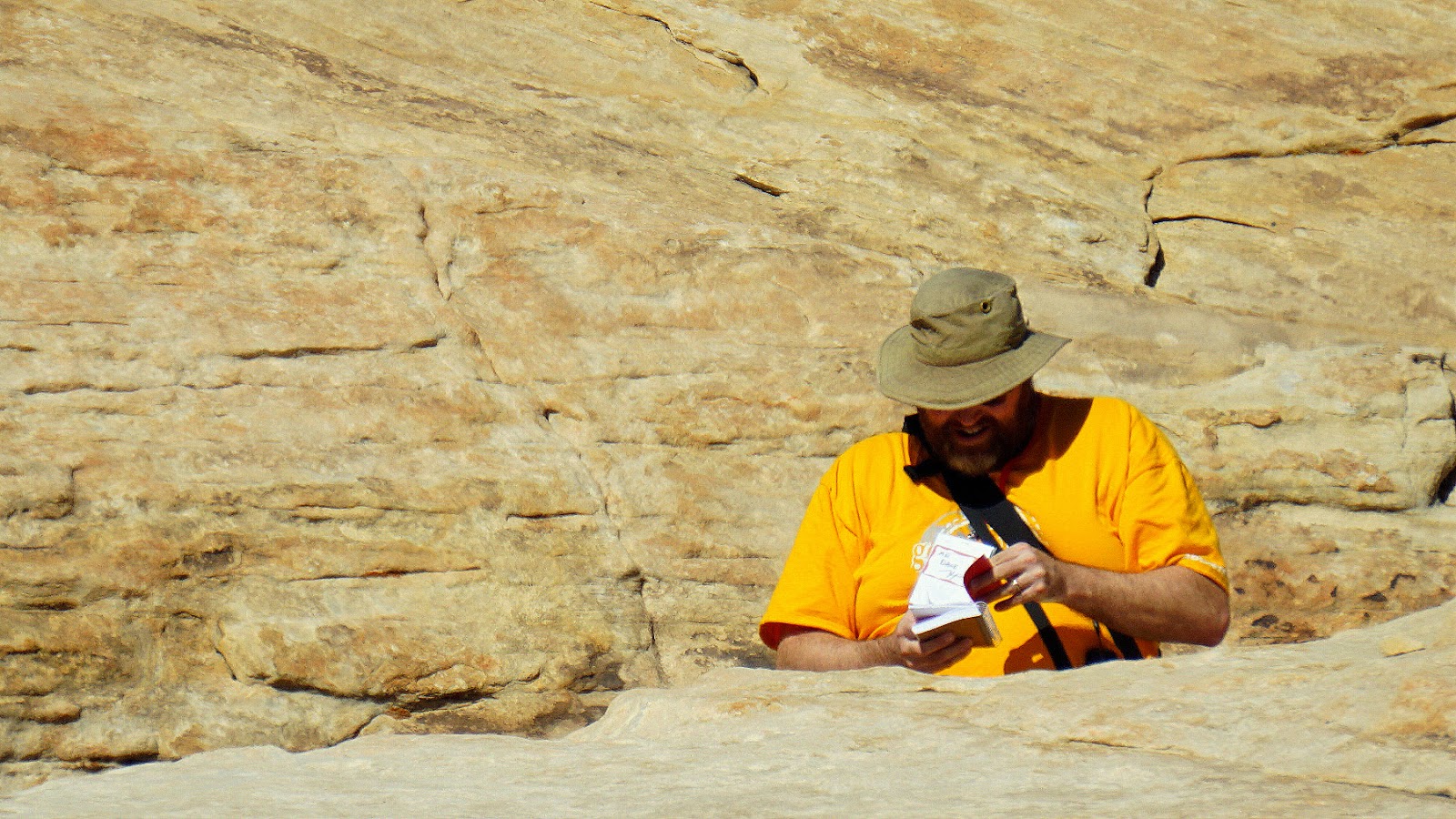 My wife accompanied me on this trip.  I'd like to thank her for her photographic services in the making of this blog post.  Take your bow, honey! 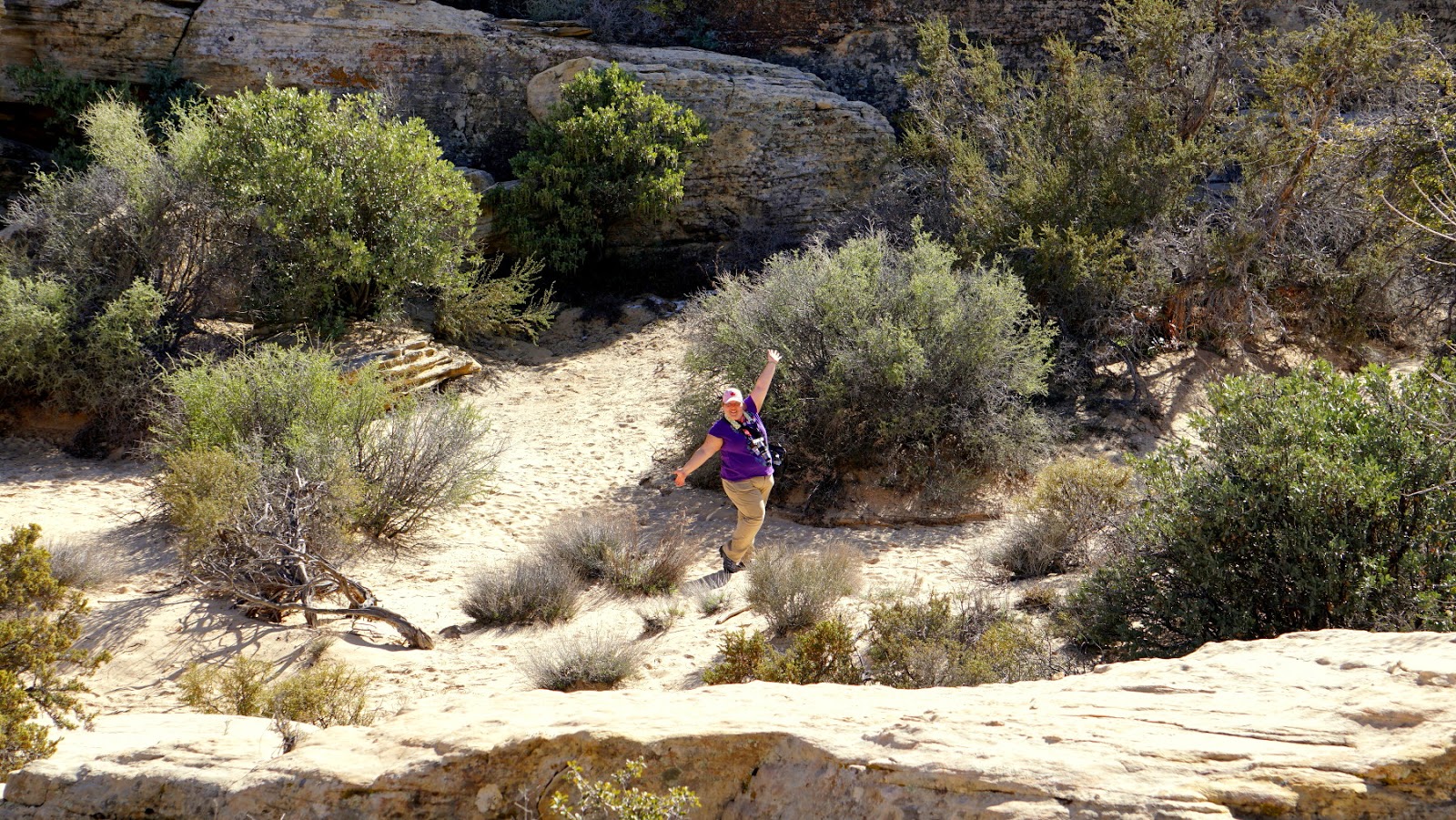 Posted by Dave DeBaeremaeker at 3:36 PM