A Sunrise In The Valley Of Fire 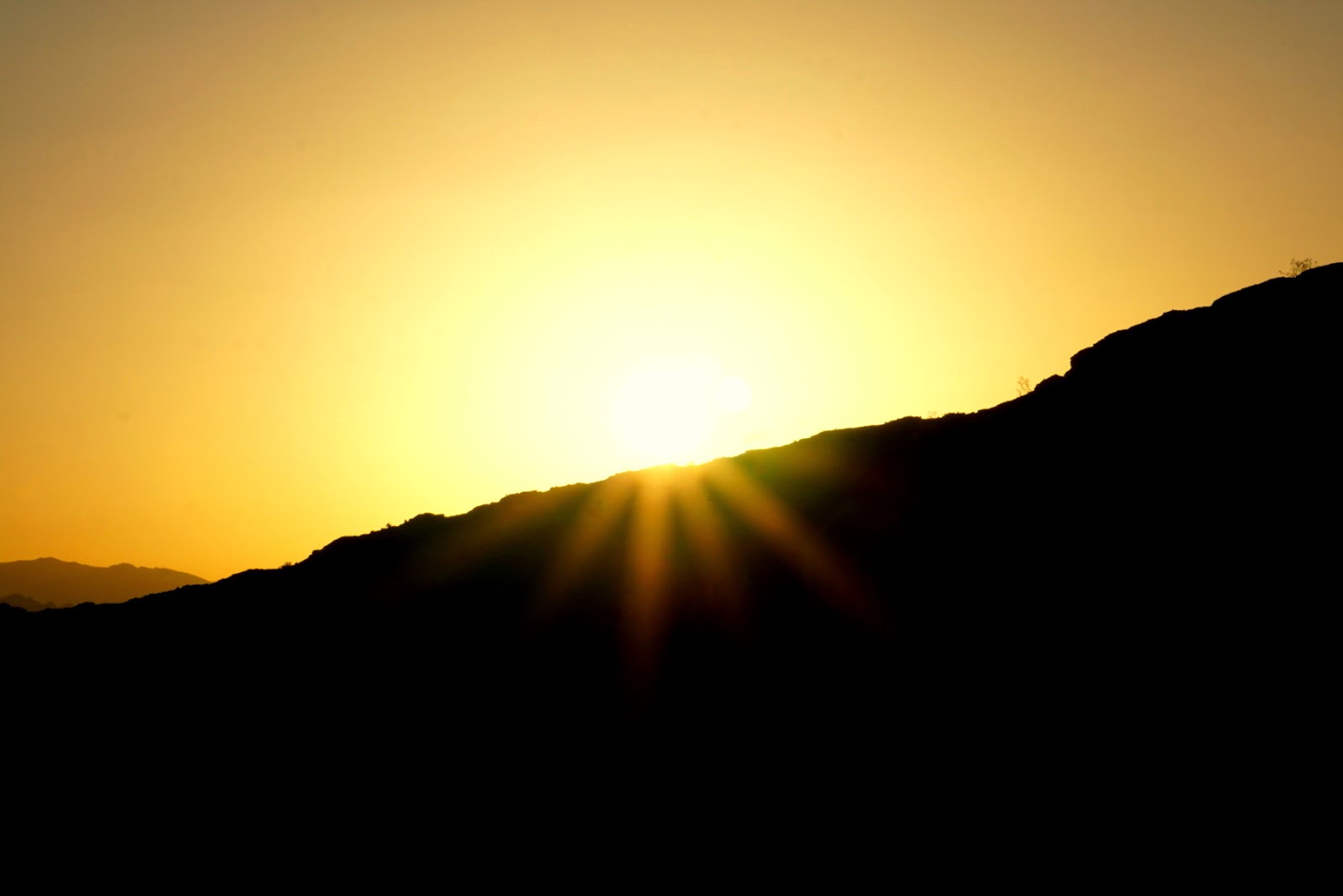 Visiting the Valley Of Fire State Park in Nevada has been on my must-do list for quite some time.  So when I got the chance to catch the sunrise at the park with a passel of photographers during The Great Scavenger Hunt Meetup last weekend, I jumped at it like a rabbit with a pogo stick in its tail.

We had to wake up at 3AM to allow enough time to get some breakfast, drive the hour to the Valley, then hike the mile or so to the rendezvous point on Fire Wave trail in time to catch the sunrise, just after 6AM.

We arrived with about 20 minutes to spare to find the perfect spot to take photos of the sunrise.

It gave me some time to get a shot of the full moon over a colourful desert scene. 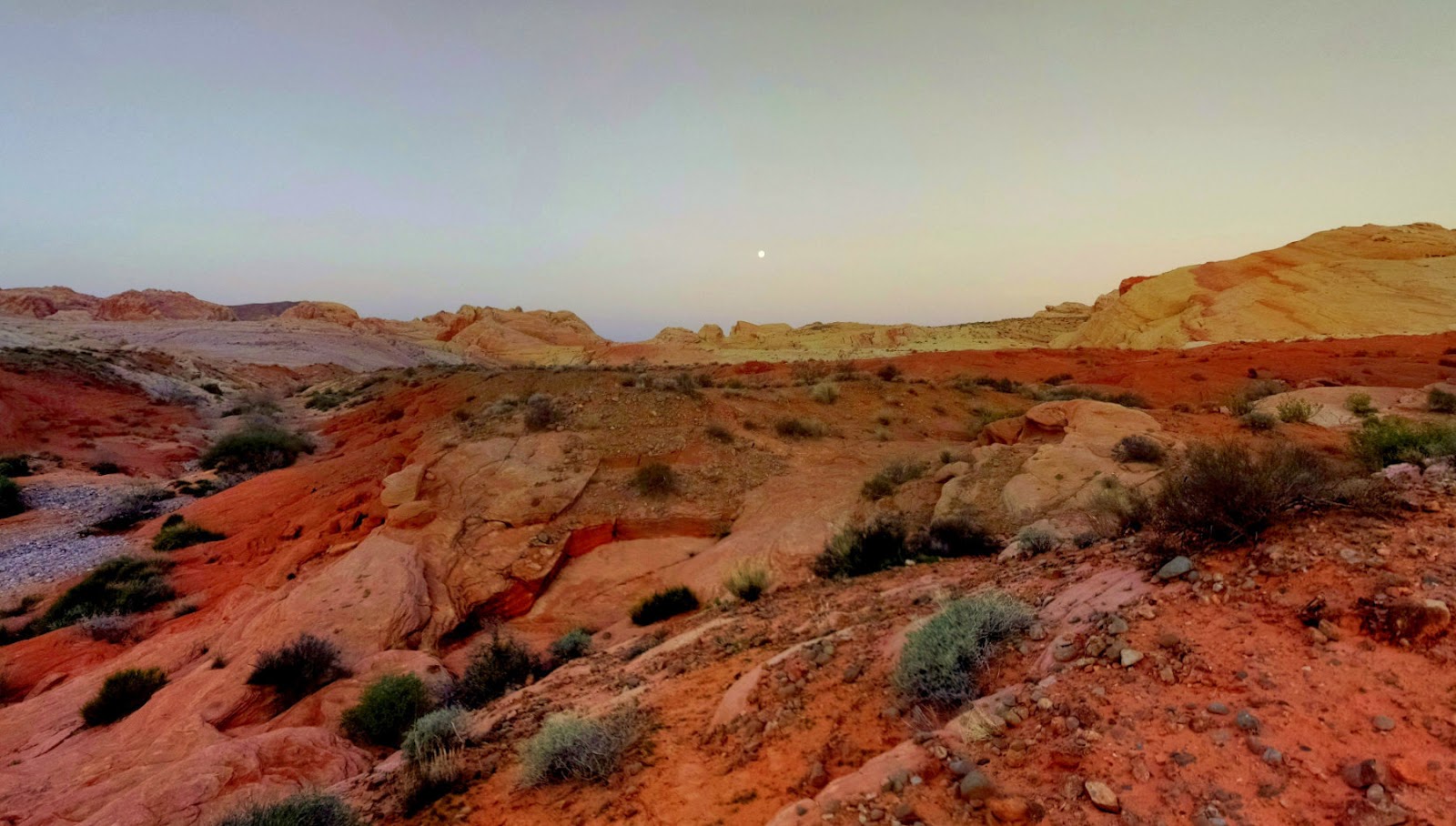 Many of the Scavengers set up their tripods on a ridge.  The terrain looked a little dicey for me, so I took this shot from below, before moving on down the trail a ways to look for a spot with better footing (plus, clearly 7 people were getting this shot, so I wanted to get a different perspective). 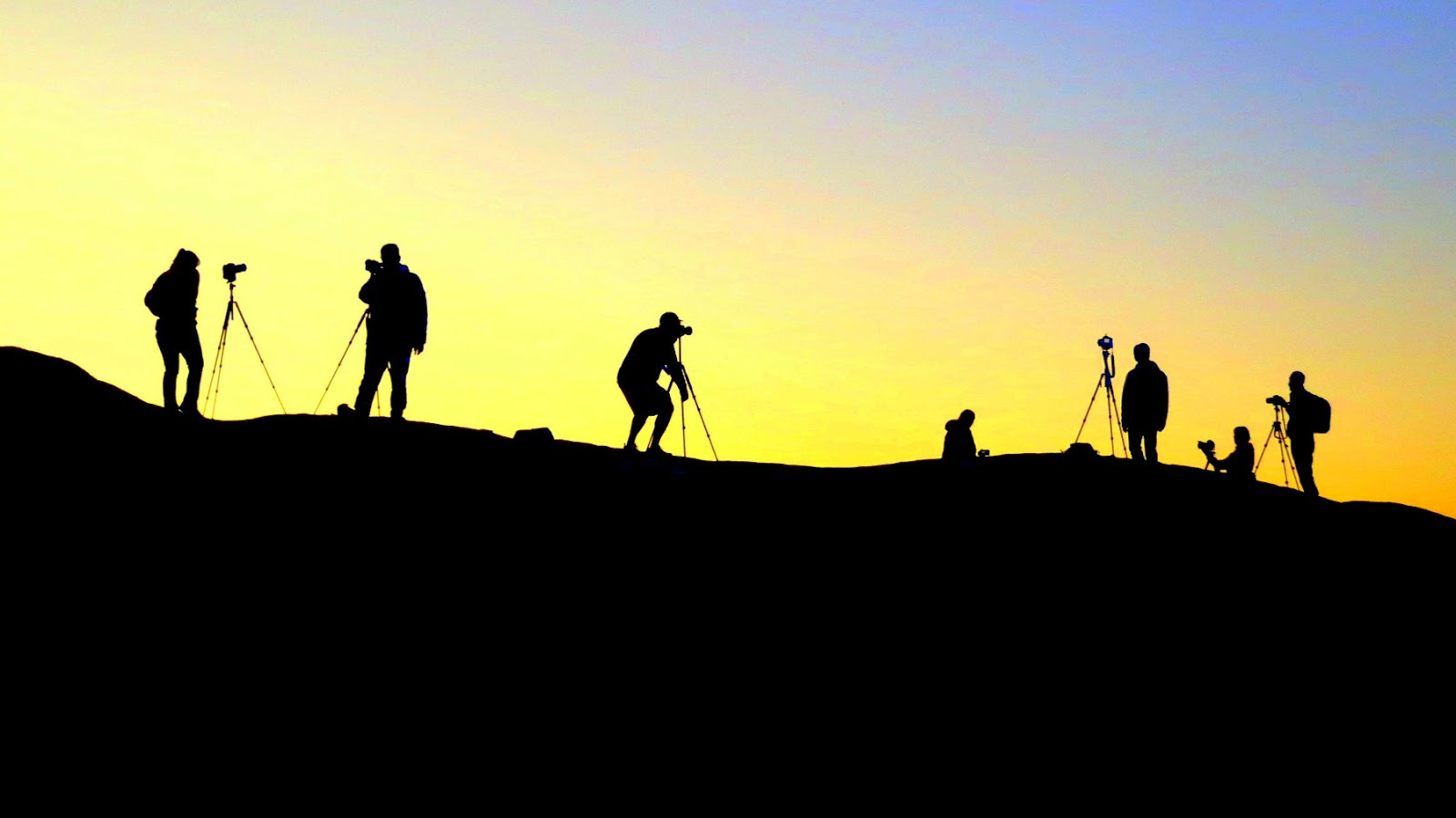 I waited for the magic moment of the sun coming over the far ridge, and started taking photos. 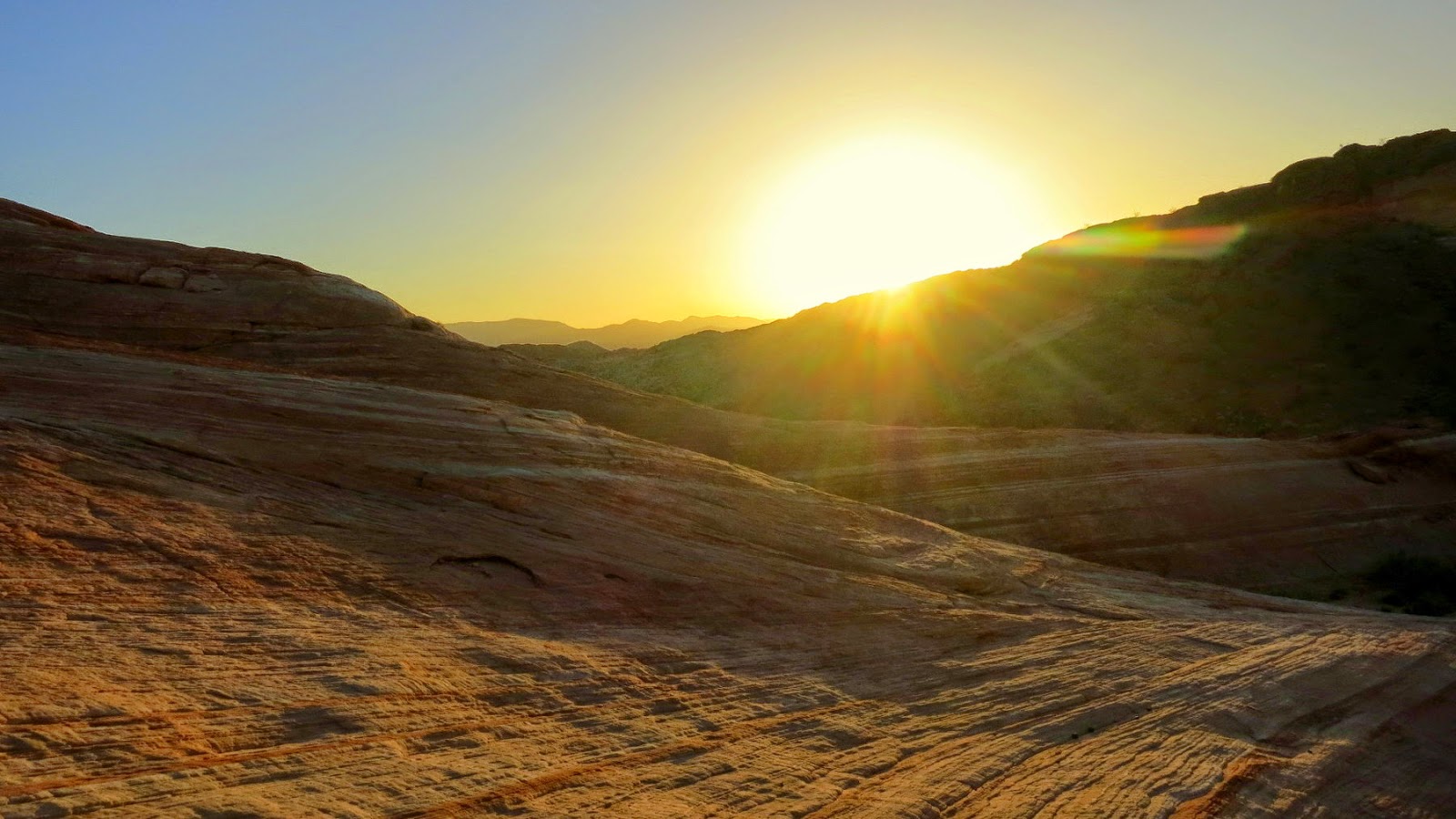 It was while I was waiting that I had a sort of epiphany about photography.  I watched as several photographers, many of who I have a great deal of respect for, scouting areas for shots.  However almost exclusively they were pointing there cameras anywhere but the sun.

The answer my puzzled query as to why they were not concentrating on the impending day star appearance, was simply this: the sunlight bouncing off objects makes for great shots.  Sunlight bounce... sounded intruiging.  So I pointed my camera down a bit, and got this shot. 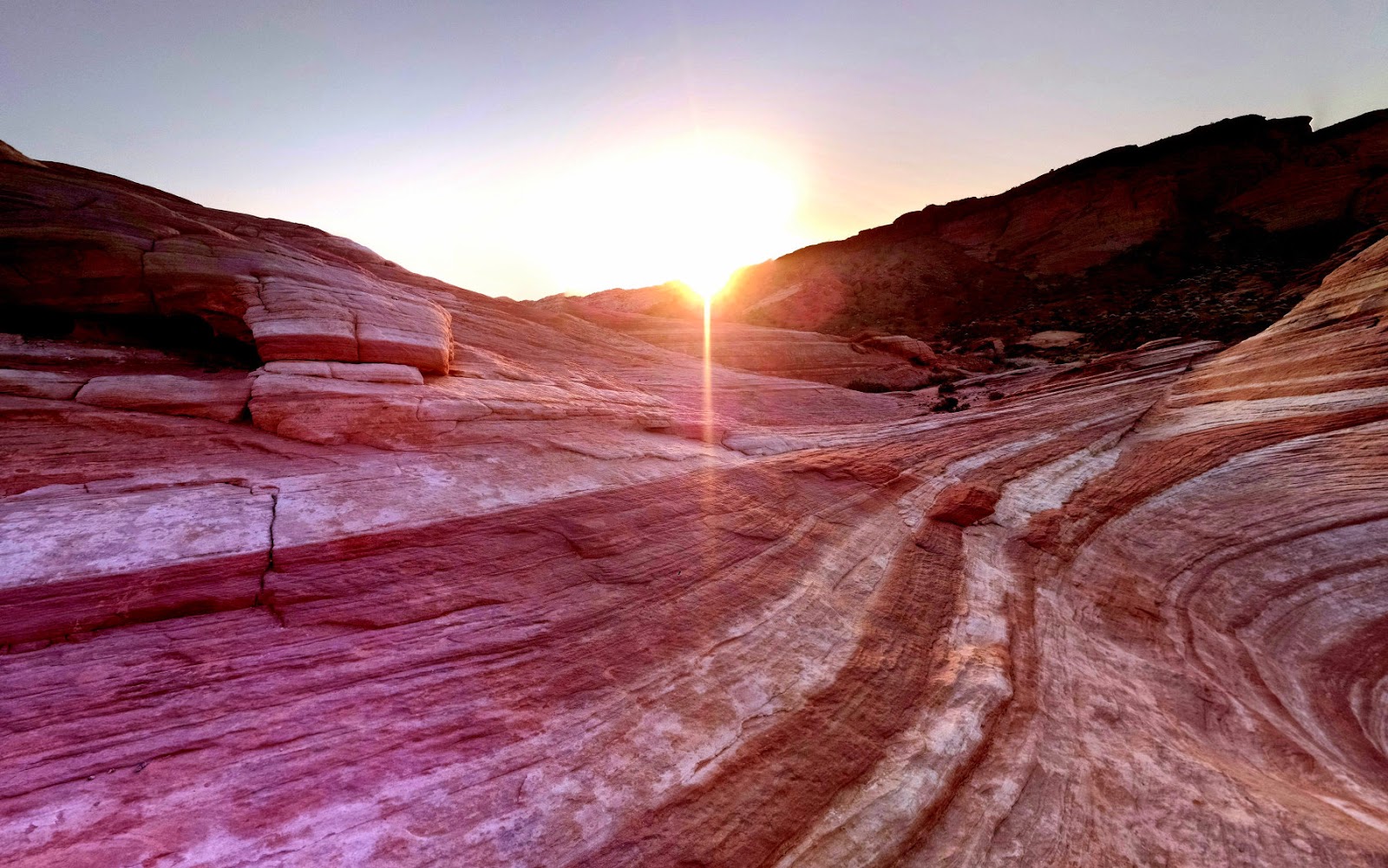 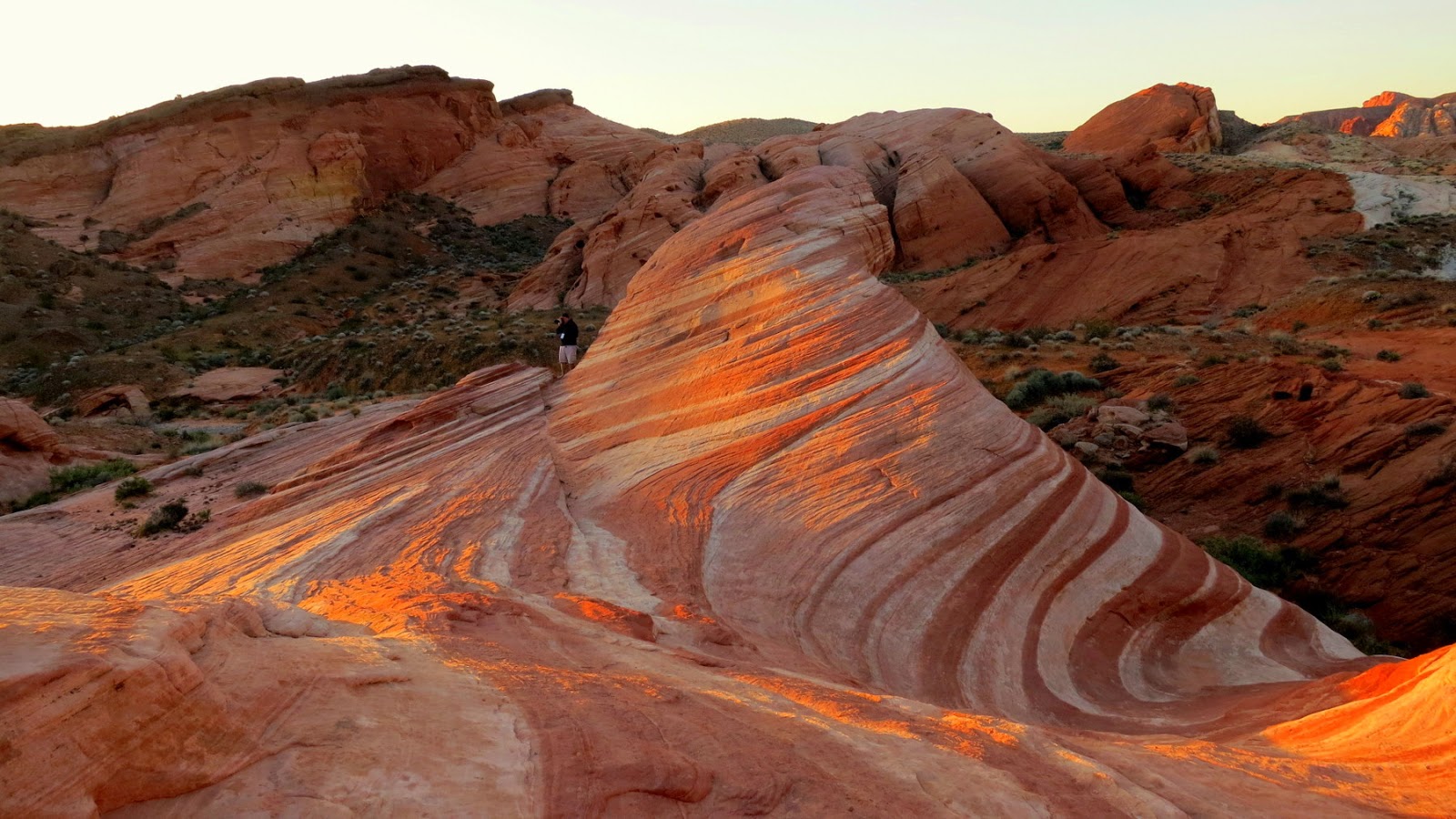 I was starting to see that they had a point about the sunlight.

It dawned on me that one really should look around them when taking photos. Often the best shots are not of the obvious things (the sun), but often exist from a different perspective.  A case in point: 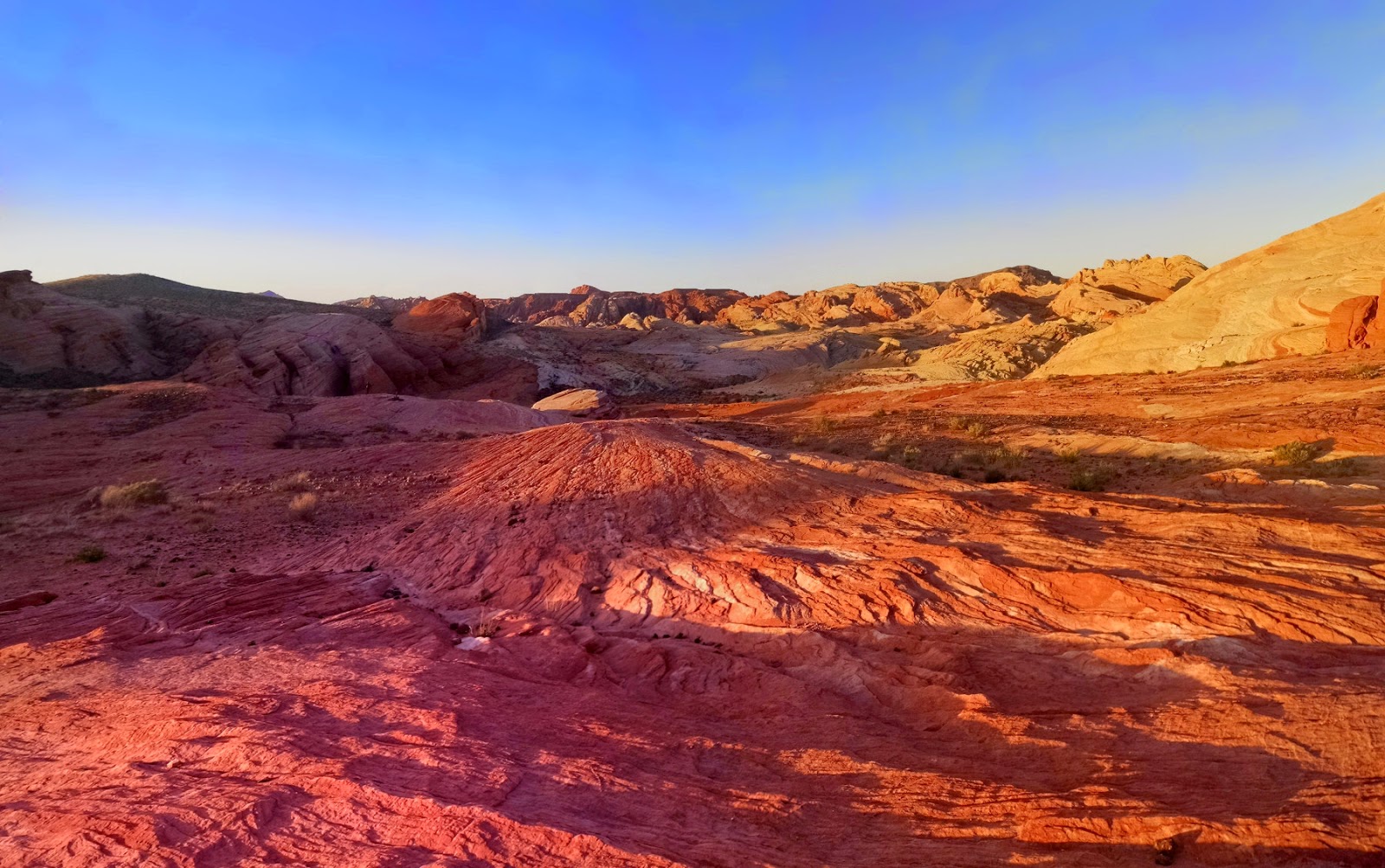 After I got a memory card full of shots, I started slowly walking back towards the car, which continued to give me scenes full of spectacular landscape illuminated with the fresh soft yellow of the barely risen sun. 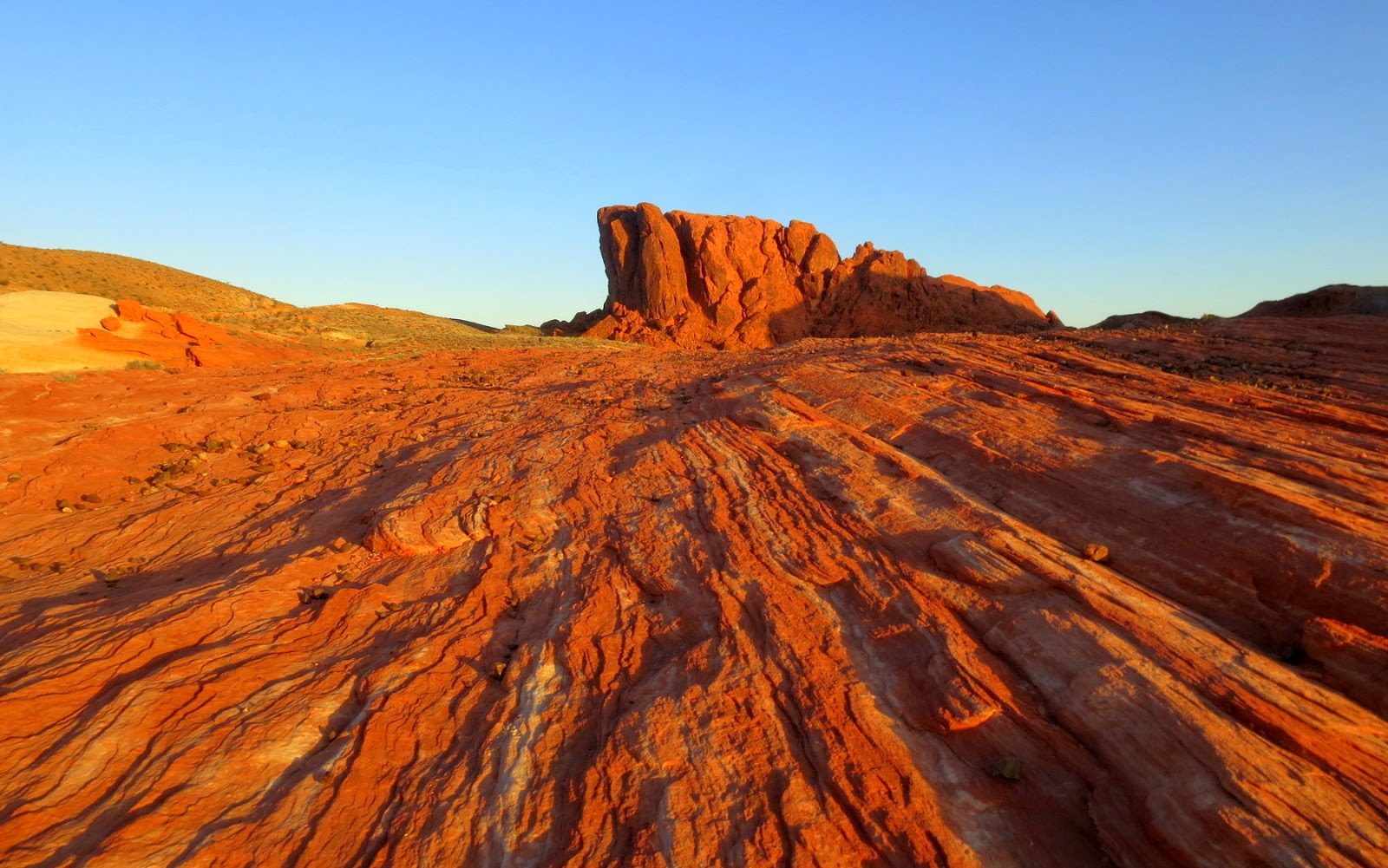 However, every once and a while, I still kept pointing my camera directly at the sunrise. 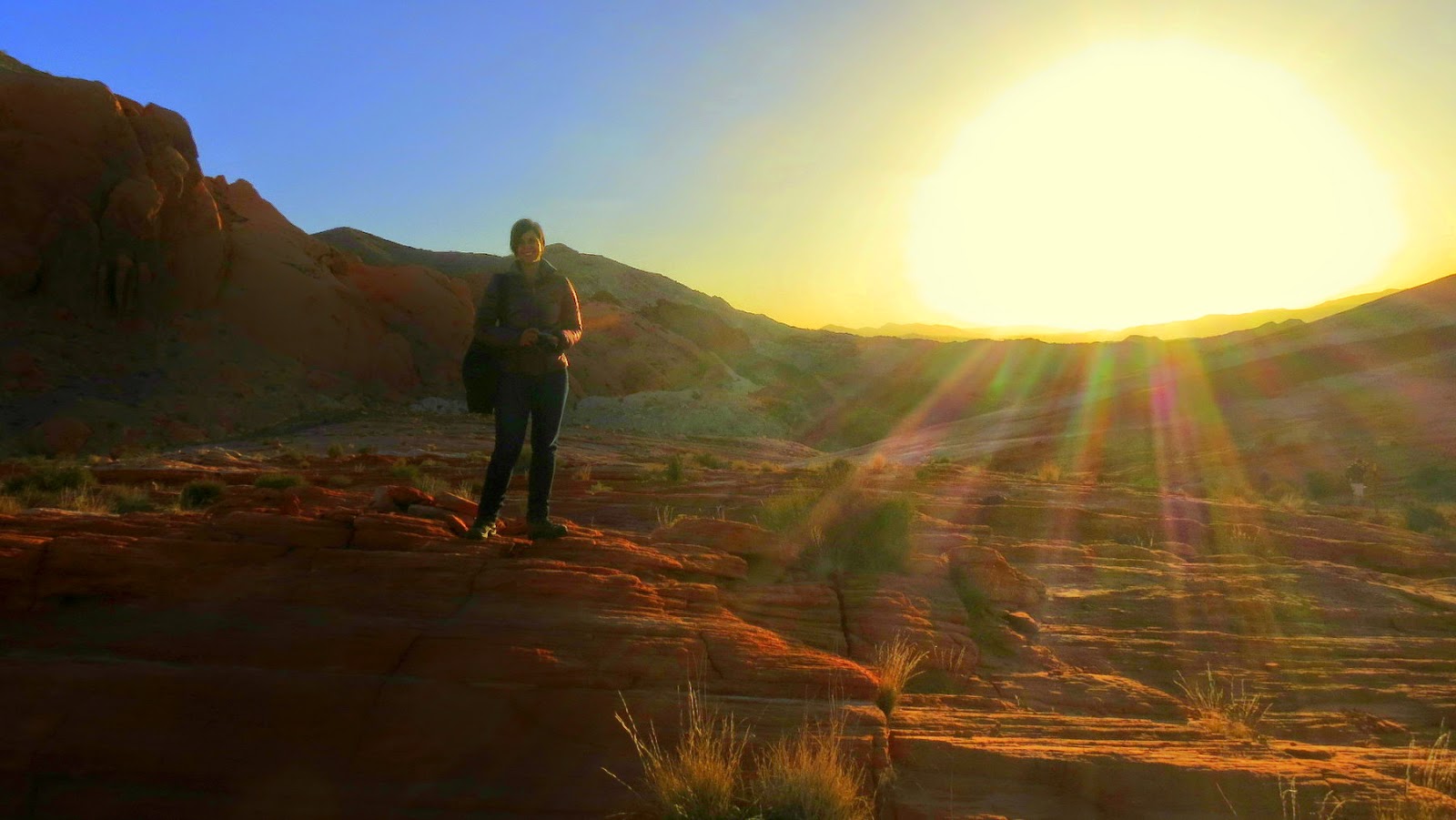 Some habits, it seems, are hard to break.
Posted by Dave DeBaeremaeker at 9:27 PM