Life is an E.T. Highway 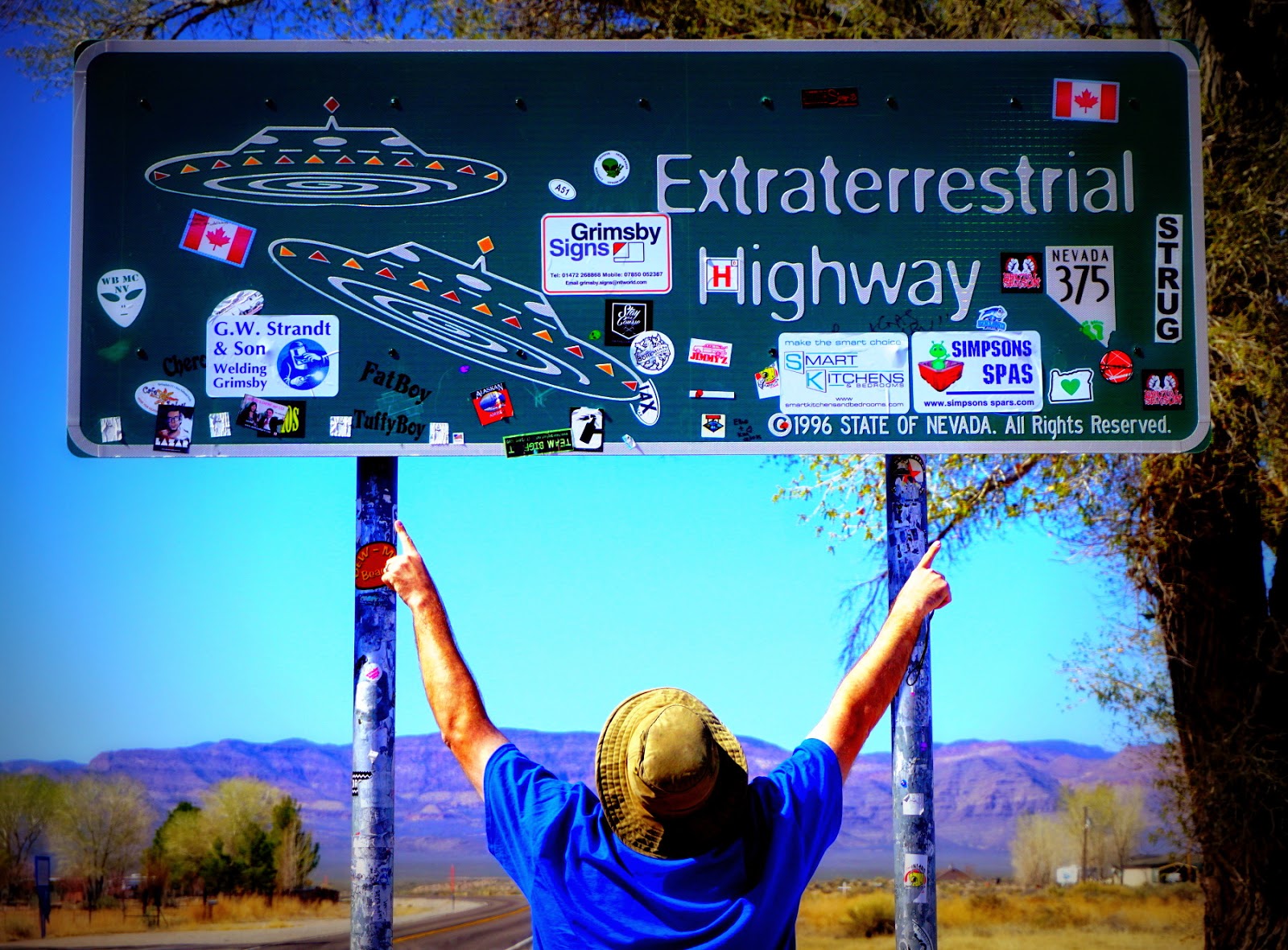 Nevada is home to some great geocaching.  One of the most famous power trails in the world. So when I was in Nevada a few weeks ago I took some time out to check out this power trail.
I speak, of course, of the E.T. Highway.

The E.T. Highway is a 2000+ geocache long trail along a road in Nevada that is actually called the Extraterrestrial Highway.

The trail is so long it takes several days to complete.  However I had only a couple hours, so I figured I'd do the first couple caches in the series, then soaking in some of the other alien themed caches in the area.

I love the fact that this part of Nevada has embraced the alien spirit that being so close to Area 51 brings to the area. It makes it a great place to explore.  As a resident alien myself (aliens do exist, and we live among you), I feel like it is a special place just for people like me.

So before I found the first cache of the E.T. Highway, I checked out the geocache being guarded by this alien here. Then I headed over to the first cache of the E.T. Trail, which ended up actually being pretty dang cool. 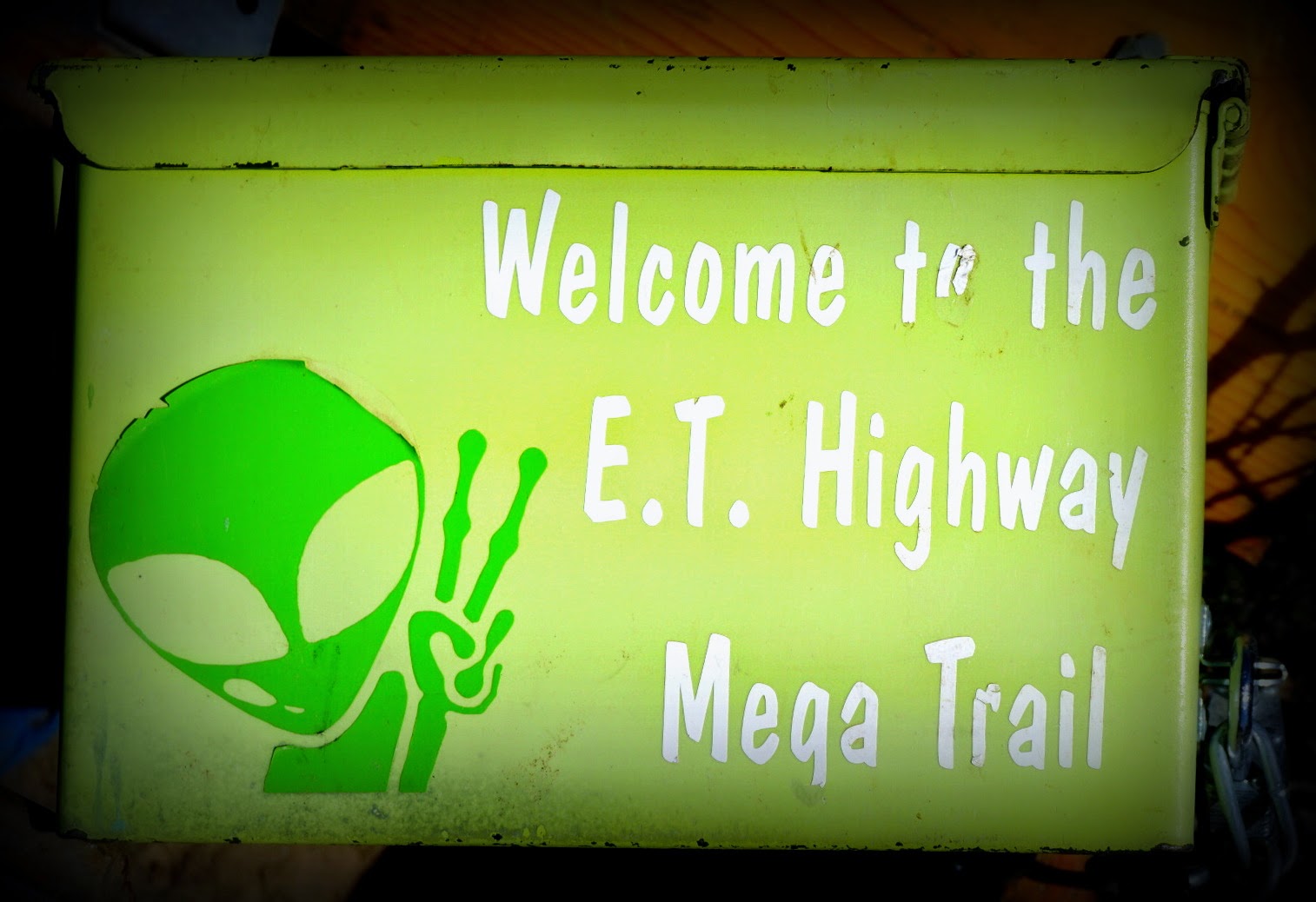 From there on out I had my work cut out for me. 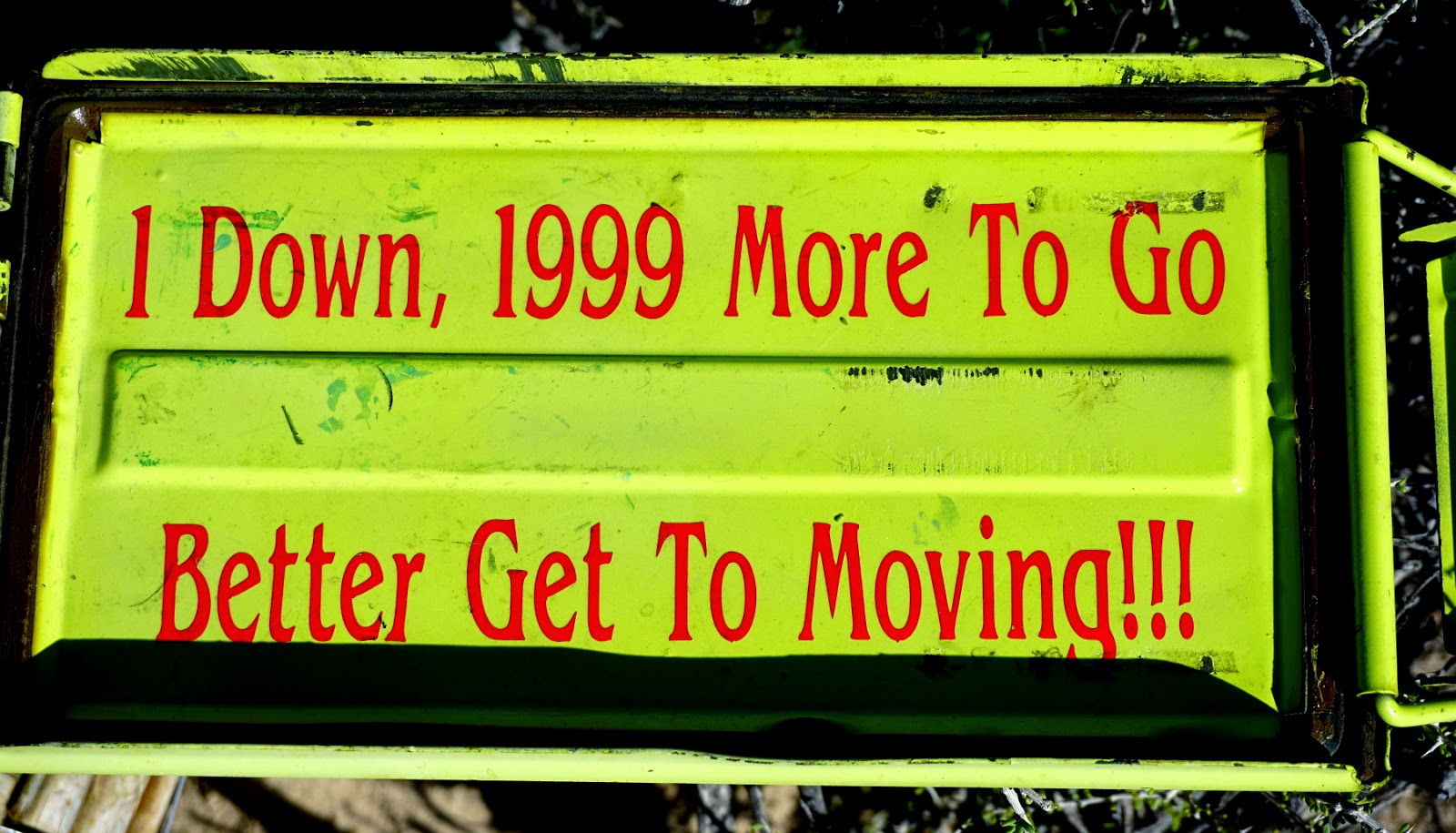 I actually had no desire to do the trail.  From my experience power trails can be a great deal of fun, but you need to be with the right group of cachers.  However I lacked a posse of suitable cachers to join me (I had my wife, but she's not a cacher), so I gracefully declined the chance to do a chunk of the trail. Having said that, I figured I should at least find the second cache in the series so I could get the sense of what the rest of the hides are like.

The rest of the caches are along the side of the road - and by road I mean 70MPH two lane highway.

So with a sense of geocacher duty, I headed off to find the second cache in the series.  It was surprisingly far off in the desert from the road for a power trail. 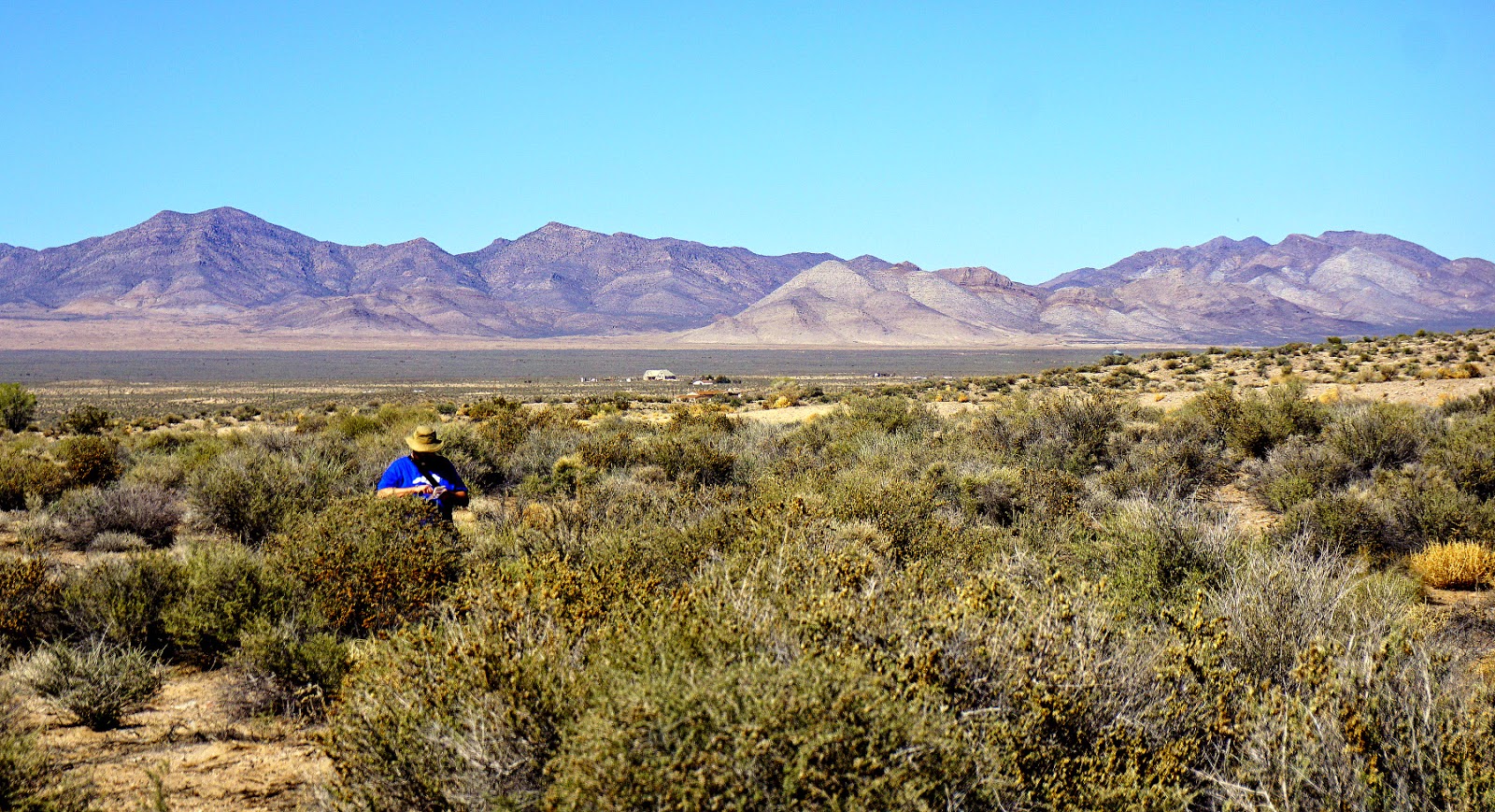 As expected, the container is a film can.  I suspect its film cans all the way down. 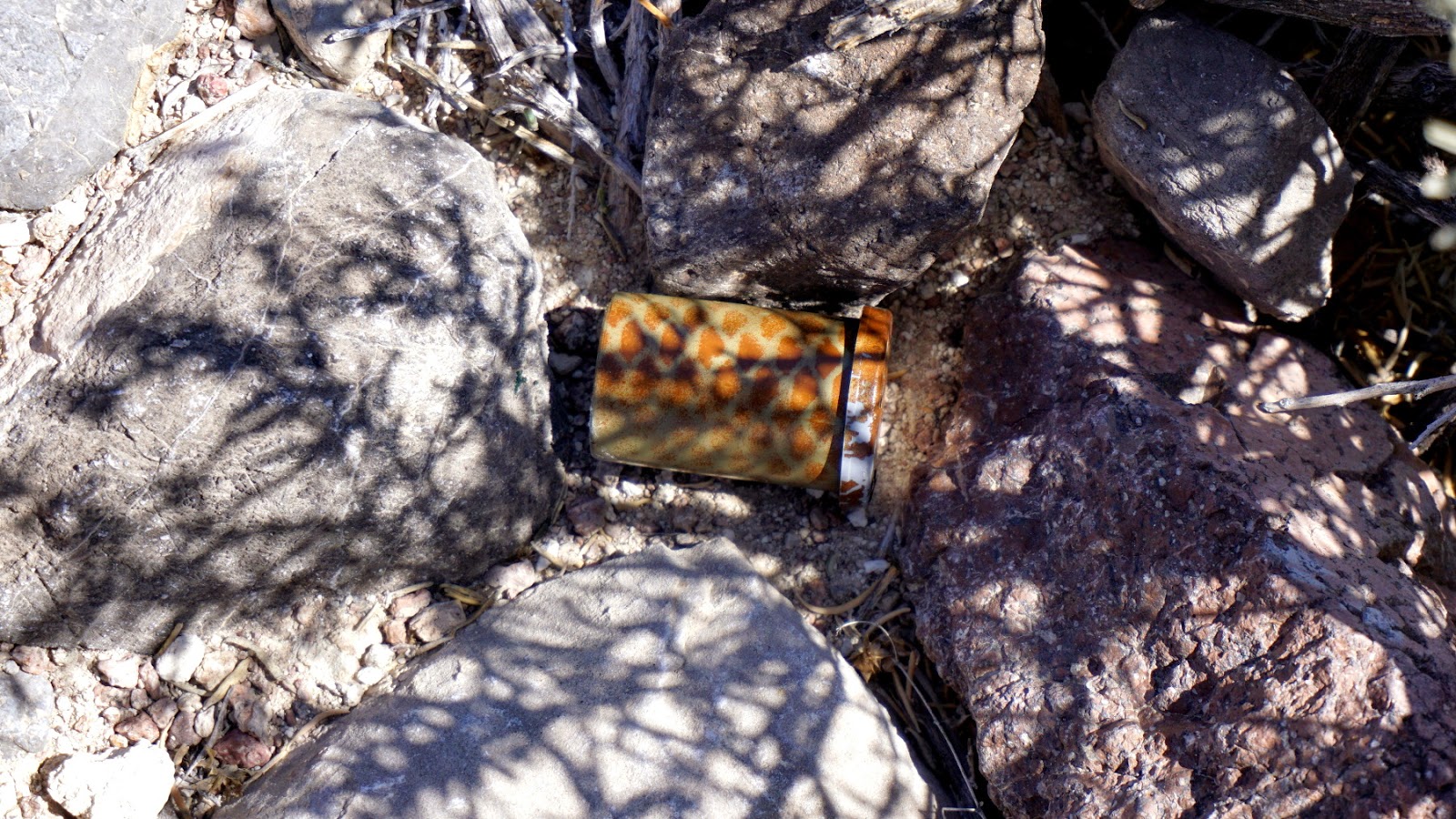 So that was my brief encounter with the E.T. Highway.  Perhaps someday I'll bring a set of compatible cachers and attempt to complete this trail, but for now its time to hit the road. 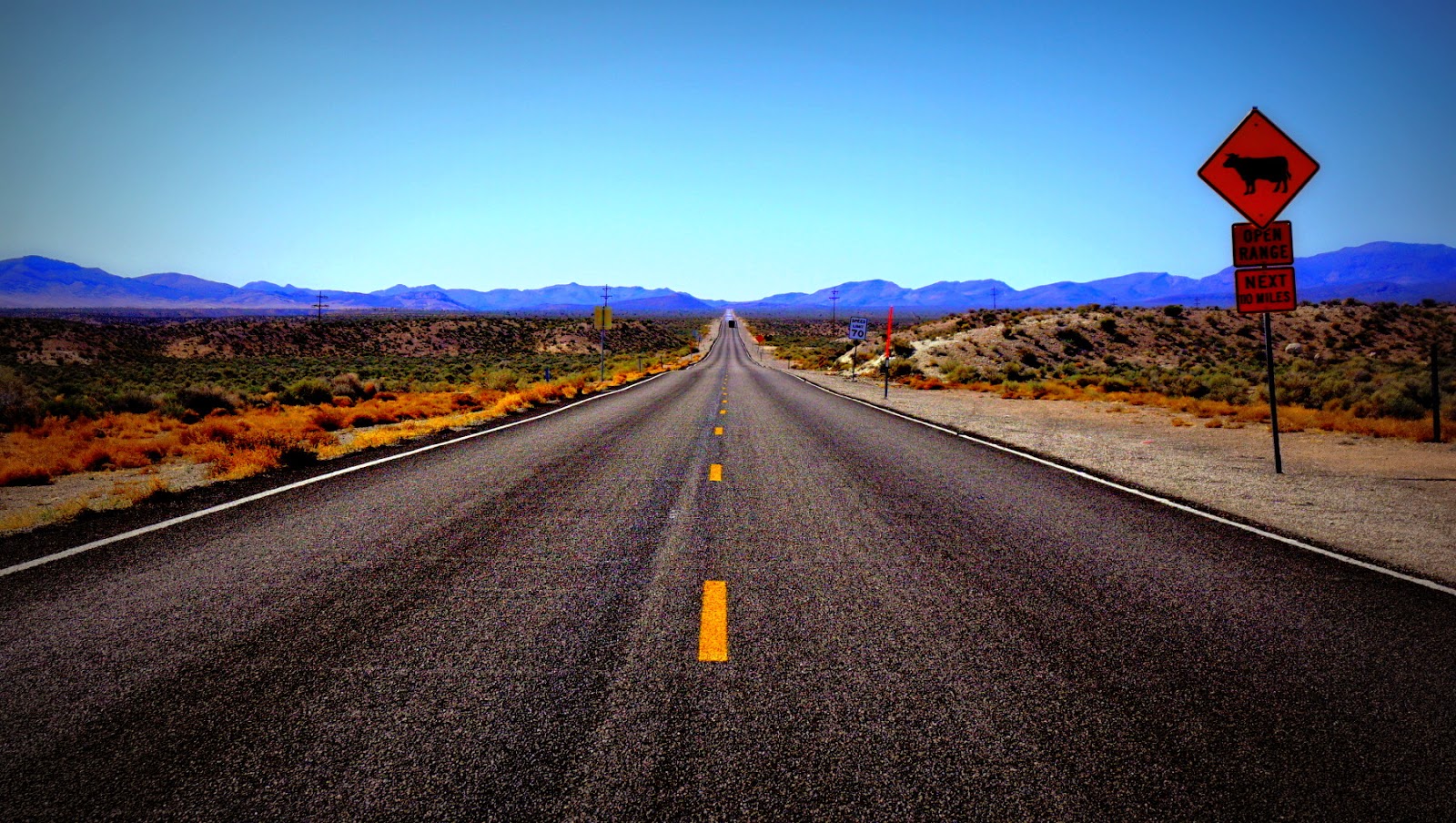 So now I can say I've experienced one of the most famous of the geocaching power trails, and I lived to tell the tale.

Onwards to the next adventure!
Posted by Dave DeBaeremaeker at 10:07 PM