In the bushes right outside my living room window, a pair of cardinals have made a nest.  A couple days ago their eggs hatched and two chicks now inhabit the nest.

I have started taking photos of the nest, in an attempt to capture the growth of the chicks.

Since I have a lot of photographer friends, I figure a post on my setup would be interesting.

I am using a Sony A6000 camera with a 55-210mm lens, on a tripod.  I set the focus to manual to ensure the focus is on the nest, and not the plethora of leaves and the flowers between the nest and the lens, and have it on Aperture Priority Mode, and am letting the camera decide the rest of the settings.

I have the camera sticking out the window, on a tripod, pointing down into the bushes. 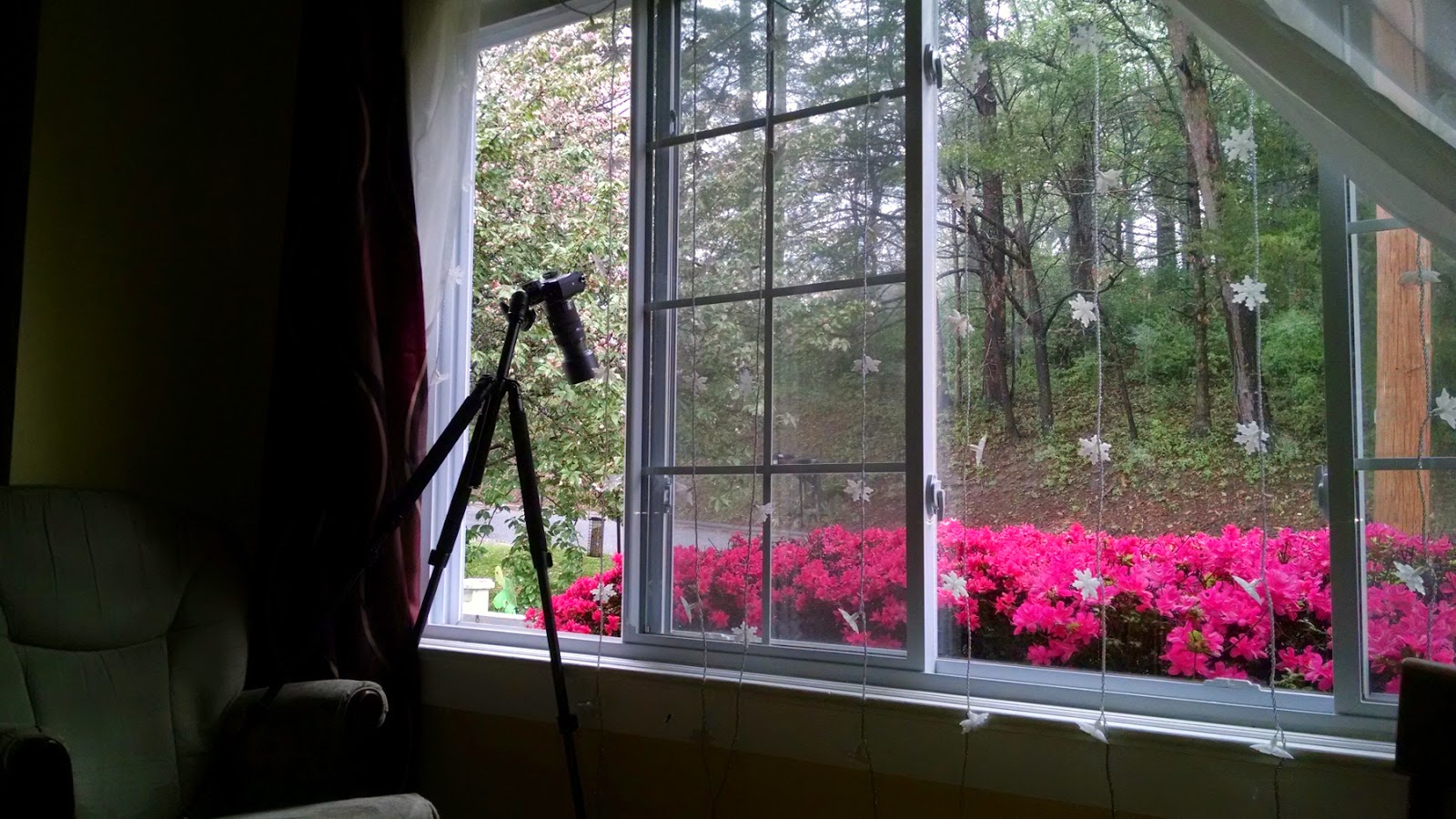 The A6000 has a really cool remote control feature, which allows me to take photos from an app on my phone.  This allows me to be other places in the house and still monitor the nest so I can take photos at the right times.  So far I have set the camera up for over an hour at a time and this allows me to do other things at the same time - for example, todays crop of shots was taken while playing Skip-Bo with the kids at the kitchen table. 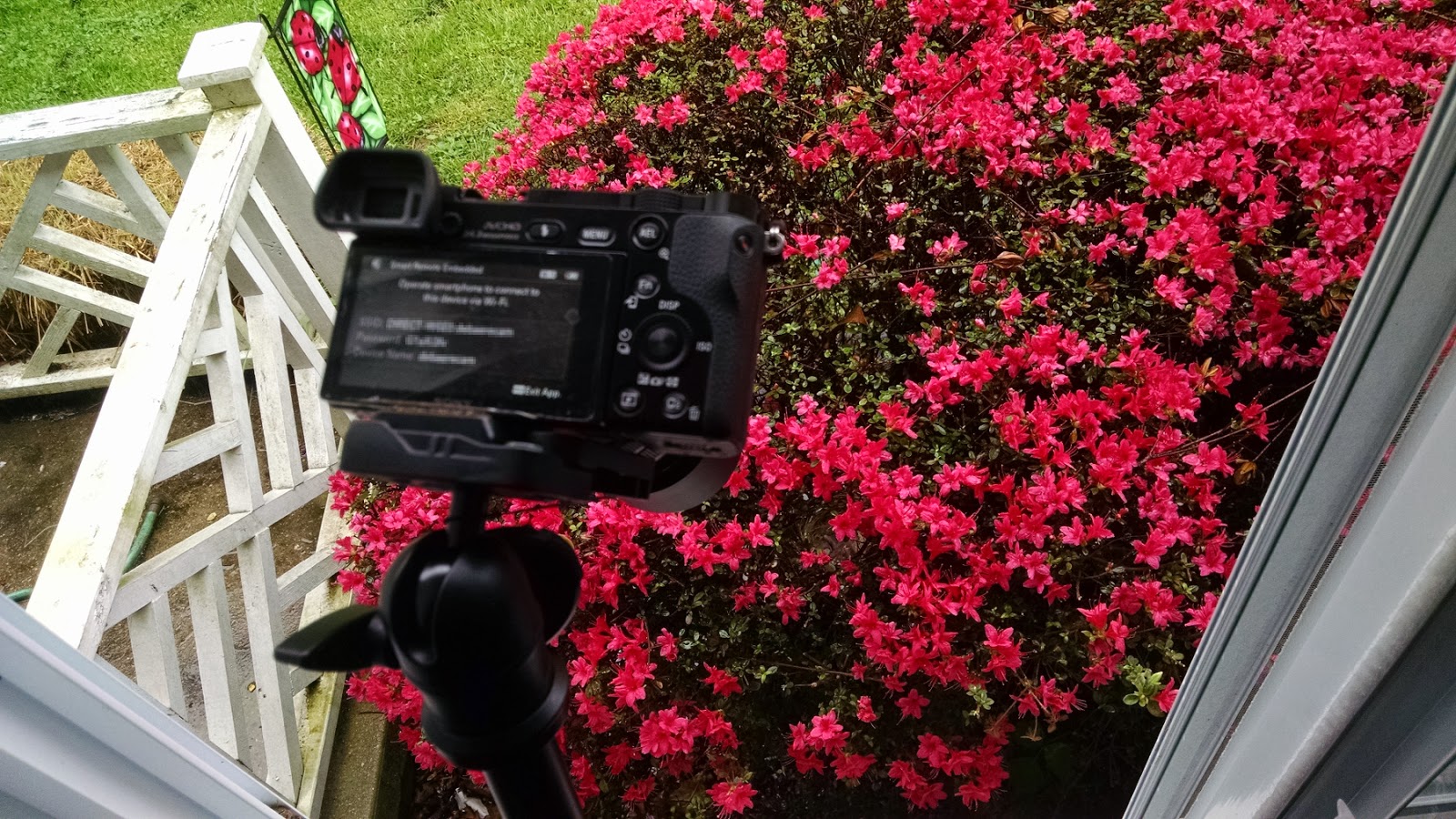 Not having to watch the nest directly also means that I am not causing as much stress to the birds, even tho I have a camera pointed at them for hours at a time.  I think this is going to allow for more natural shots.  Already the mother is getting used to the setup and is coming back to the nest when the camera is present, but I am not.

This setup is allowing me to get shots like this one. 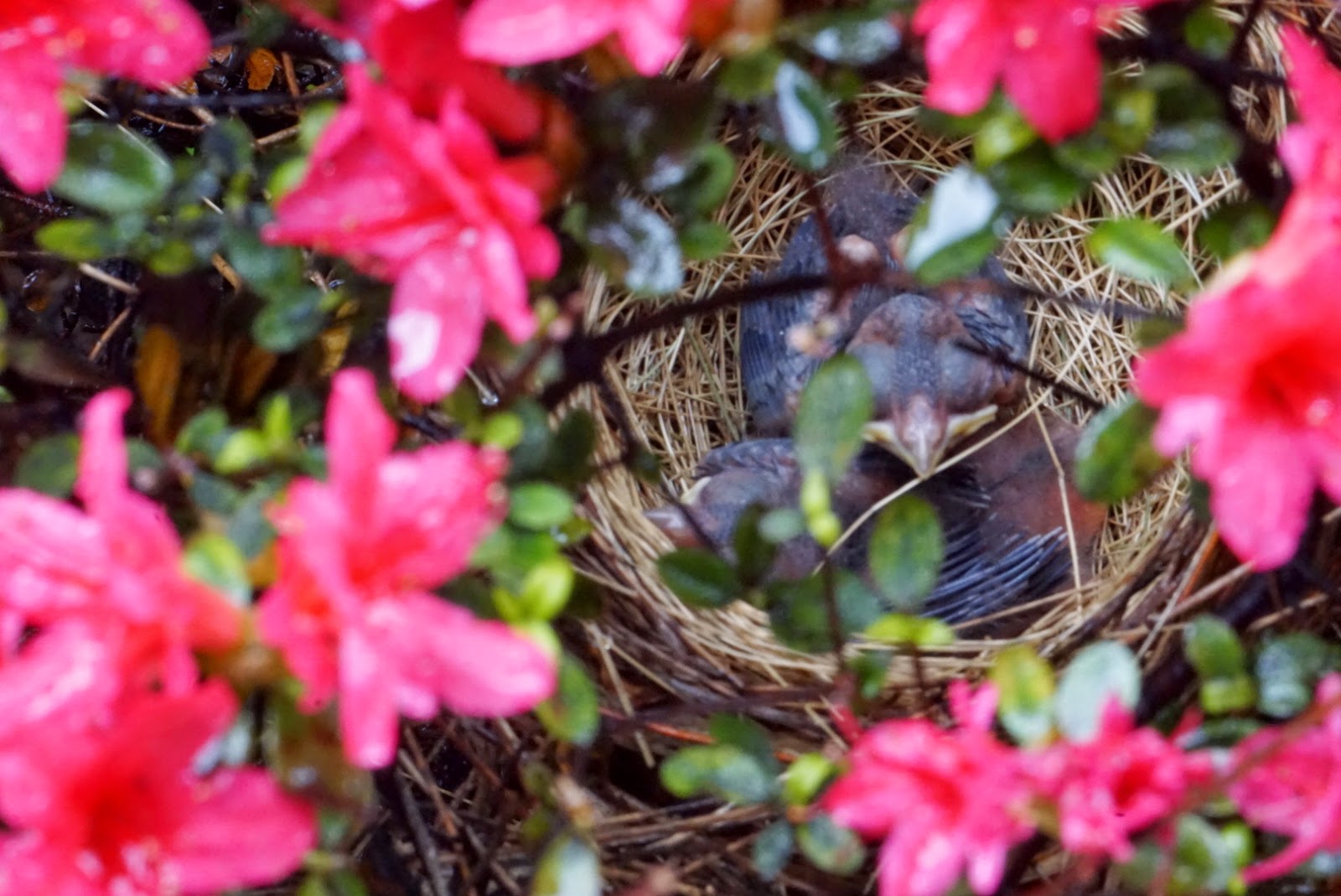 Post processing is simply the Auto Adjust feature in Picasa, then uploading.

You can keep track of the progress of the chicks by following this blog, using the label Avian Landlords (<-- i.e. click that link).
Posted by Dave DeBaeremaeker at 1:17 PM