One of the biggest controversies to ever reach geekdom is the changing of the Mos Eisley scene in Star Wars Episode IV.  George Lucas changed the scene where Han Solo faced off against the bounty hunter known as Greedo in the 1997 Special Edition re-release.  Ever since there has been a mystery about the events of that epic encounter.

This is my response: 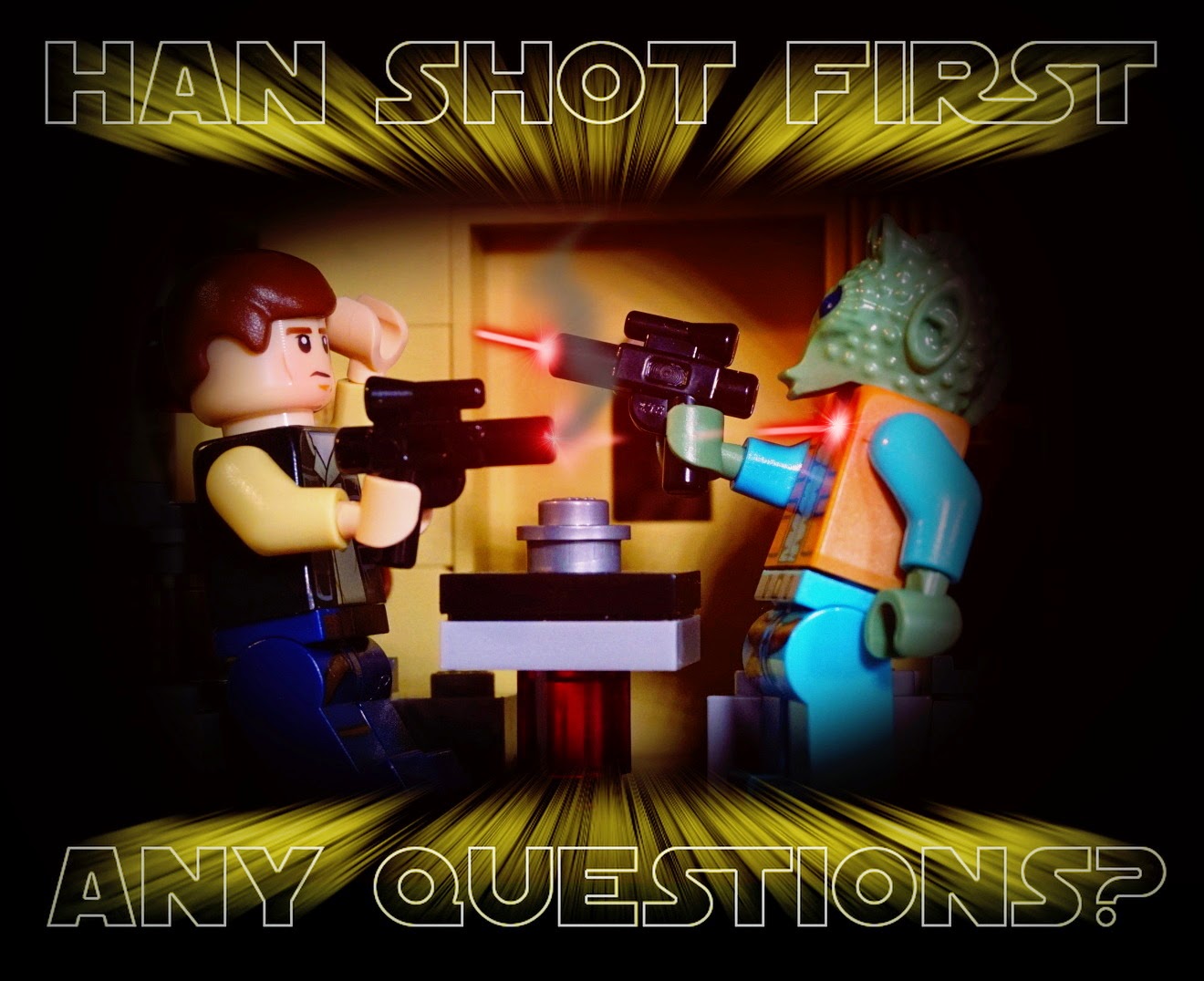 Posted by Dave DeBaeremaeker at 10:30 PM