I Am A (Trivia) Champion!

On Saturday night I became a champion. 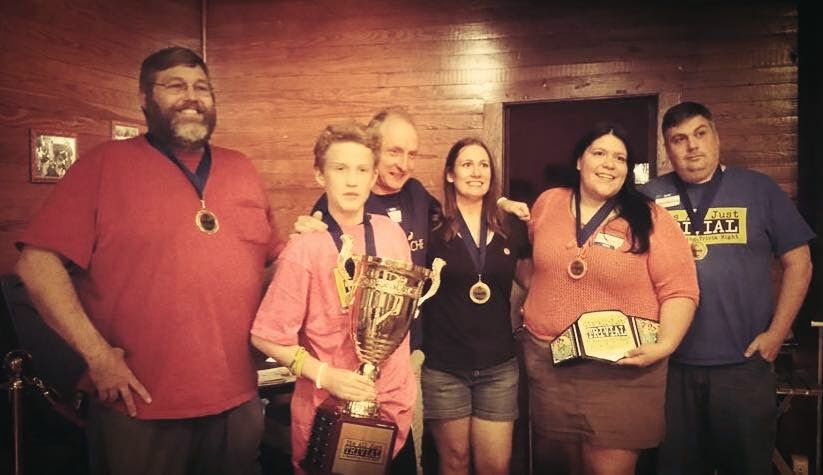 What am I champion of?  Geocaching Trivia, of course. (My sister always accused me of being a smart ass - its finally paid off!) 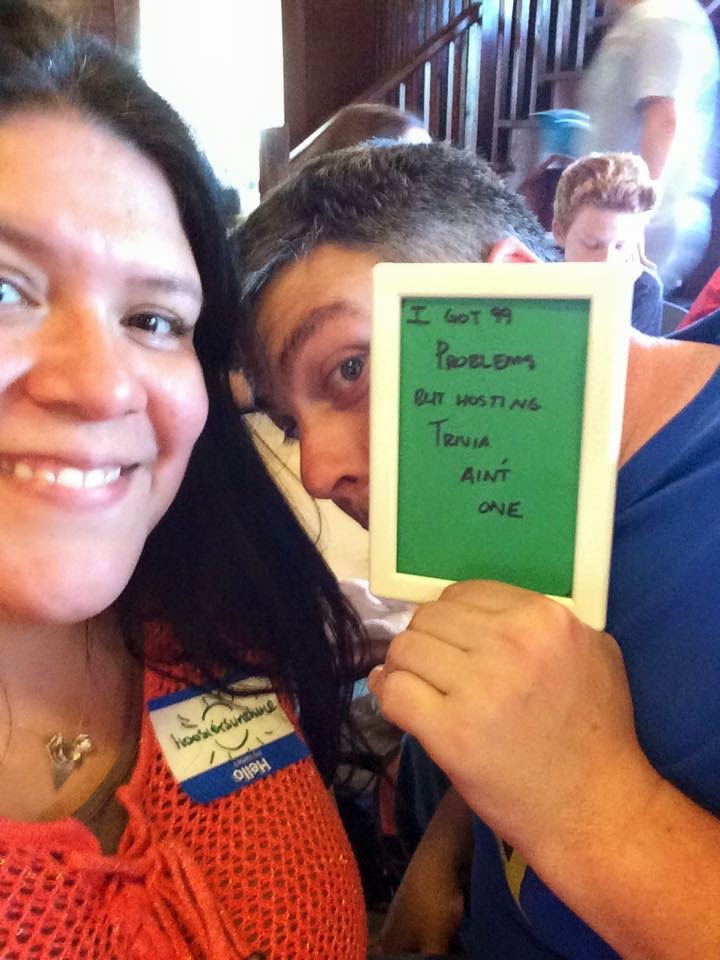 The event was the first anniversary of the fantastic series of events called "It's All Just Trivia", the brain child and labour of love for a pair of Carolina geocachers hoosiersunshine and Failed Apparatus.

As a special treat, frequent winners of past events, Team La Villa, hosted the event, and let hoosier and failed-app enjoy playing the trivia game they spend so much time planning and hosting.

After much begging and bribery, they finally let me join their team, along with Rock Kat, Maingray, and Ninja Chipmunk.

Our team name was the obvious and accurate "I Got 99 Problems But Hosting Trivia Ain't One."  We also won "Best Team Name" for that one.

We started off poorly, as the first two categories of trivia were on South Carolina caches, which none of us were experts on (most of us being from North Carolina, and the one sole South Carolina resident is actually a hoosier - I'll leave which one that is as an exercise for the reader).  However by the third round we found our stride, and lead the charge to a strong but close finish (we beat the next closest team by only a few points.)

They already have many more trivia events planned for the next year (bookmark list, Facebook), and likely even more to come, so if you find yourself in the South, you should keep an eye out for what is always an awesomely fun time at an It's All Just Trivial event.
Posted by Dave DeBaeremaeker at 6:03 PM