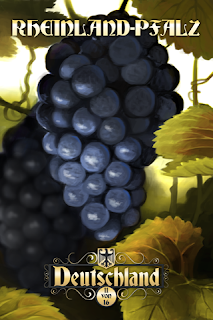 Today I logged my first geocache in Germany, and earned myself the following souvenir, for the Rheinland-Pfalz, which is a state in Germany.

Interestingly enough, it wasn't the first cache I logged today, despite spending the entire time either in an airplane, or on the ground in Germany itself.  You see, I had found 3 Lab Caches before making this find. However Lab Caches are not geolocated based on region in the geocaching.com database, so while one had to be in Germany to log a lab cache, the cache itself is not listed as being in Germany, and therefore doesn't qualify as a German cache. See what I mean?

(If this confuses you, don't be alarmed. You are not the only one.  It also sums up most of my annoyances with Groundspeak over the silly half-assed ways they implement new things like lab caches... but I digress).

The cache is in the old city of Mainz (pronounced more like Minez).  Mainz was devastated during WWII (don't mention the war!) and 80% of the city was flattened.  Luckily some parts were preserved as it is quite a beautiful area, as you can see. 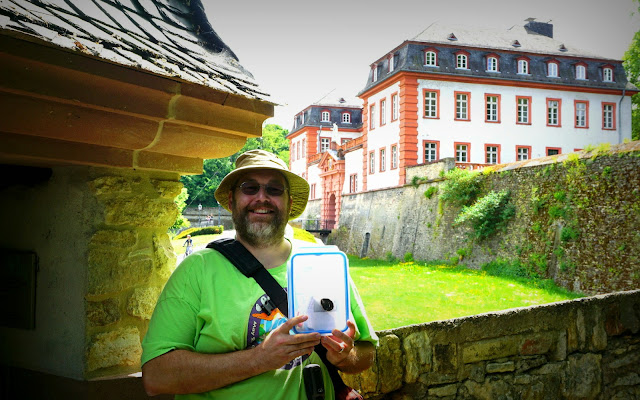 There is plenty more Mainz goodness to cover, so stay tuned!
Posted by Dave DeBaeremaeker at 3:47 PM