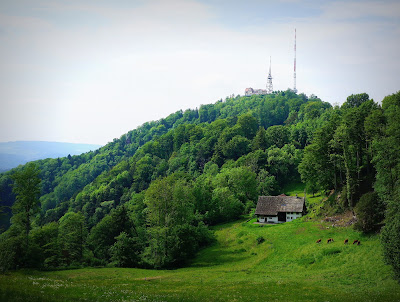 To the west of Zurich lies a mountain called the Uetliberg. It is part of the Albis chain of hills that outlines the western side of Lake Zurich.

The peak of the Uetlibeg is 2800ft above sea level, and ~1700ft above the lake.  The peak is mostly accessible via train (quick 5 minute walk from the station to the summit).

From the summit one has access to a large network of trails.  The ones we chose took us south about 2.5 miles along the ridgeline.

From the top one gets an amazing view of the Swiss countryside. As you can see, the views are quite spectacular.   This shot is of Lake Zurich. 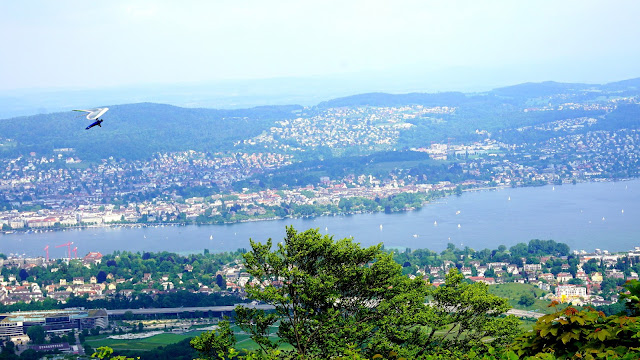 One gets a good view of the city of Zurich from up here.  It seems larger from up here than it does when exploring at street level.

The first sections of the trail from the summit of the Uetliberg has a lot of steep slopes.  The Swiss were kind enough to build a series of stairs to help one navigate these slopes 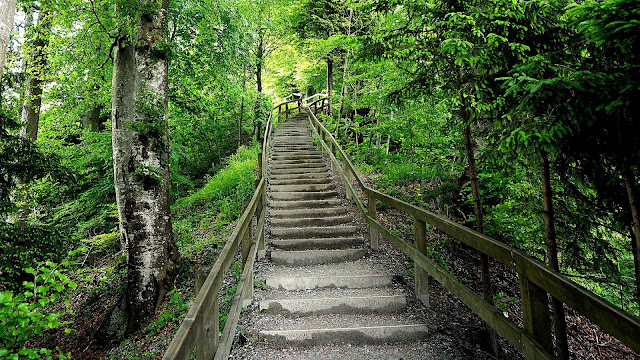 After a short while the trails smooth out to rolling hills, partly in the woods, but increasingly through these amazing high mountain fields.  Many of these fields appear to be active farm or grazing lands, with many cattle.  I didn't see any of the famous cowbells, tho I heard plenty of them.

I did, however, make some friends with some cows equipped with GPS collars. The white and brown one on the front left came right up to me and made friends. 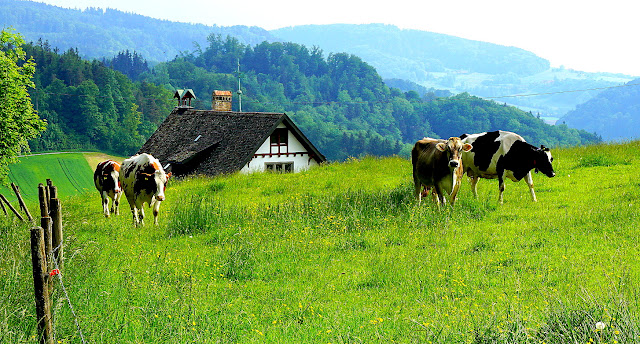 A nice shot of the rolling fields.  The walking trails are nice wide hard packed pathways. 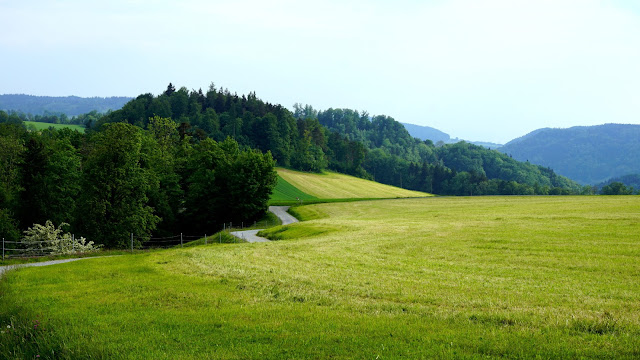 This appears to be a farm house that the cows from the previous photos belong to.  There is a surprisingly large amount of stuff up here  - farms, a restaurant, and even a hotel. 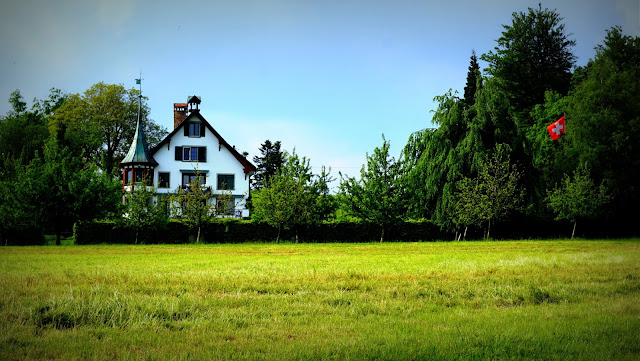 We did this hike in the late afternoon, so the sunlight was getting lower and lower in the sky as we walked along. 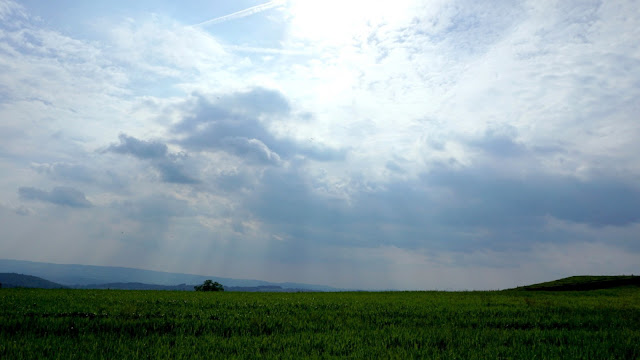 This tree was just hanging out all on its own on top of a hill in the middle of a field. 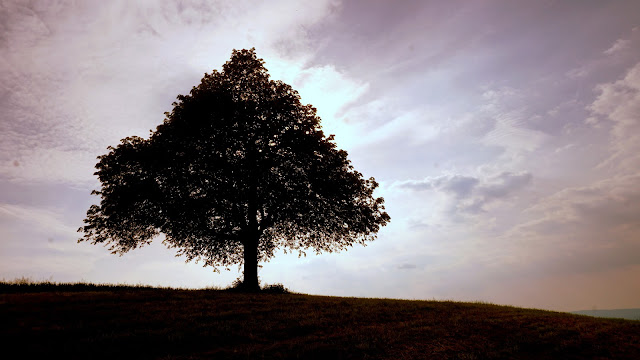 This is what I think of when I think Swiss Alps farmland.  It would not have surprised me in the slightest if Heidi walked by. 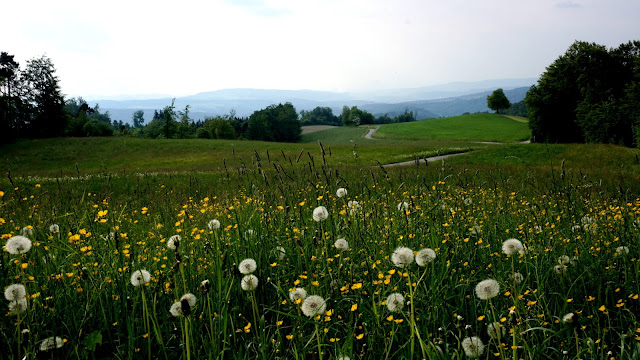 At the end of the hike we took a cable car down the mountain, and a train back to Zurich.  All in all it was a fantastic end to a great day of hiking in the Swiss countryside.
Posted by Dave DeBaeremaeker at 3:35 PM