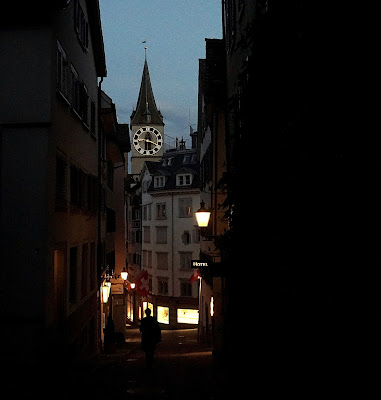 The primary reason for my trip to Zurich was for work.

This means that I spent the work week at the office, doing office type things (ya know, meetings, making copies, collating, stapling, coffee-ing, taking trips to distant Swiss mountains , gorging on ice cream, listening to Heidi on the intercom - the usual office stuff).

This also means that by the time I escaped the office, grabbed supper, and started exploring, it was getting close to the end of the sunny parts of the day.

As a result much of my first experiences with Zurich was in the twilights and darknesses of the European night time (which is exactly like the North American night but 6 hours earlier).

So these are some the first real memorable scenes of Zurich, starting with some lighted stained glass, as seen from the Lindenhof (site of an old roman fort, and one of the highest places in town). 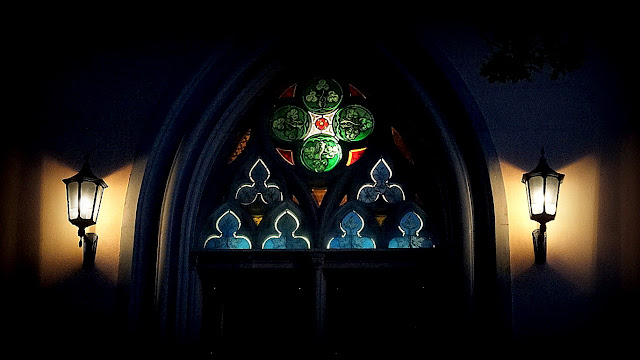 One of the many old town streets (unseen is the photographer who saw me trying to take this shot, and quickly stepped out of view - thank you mysterious stranger!) 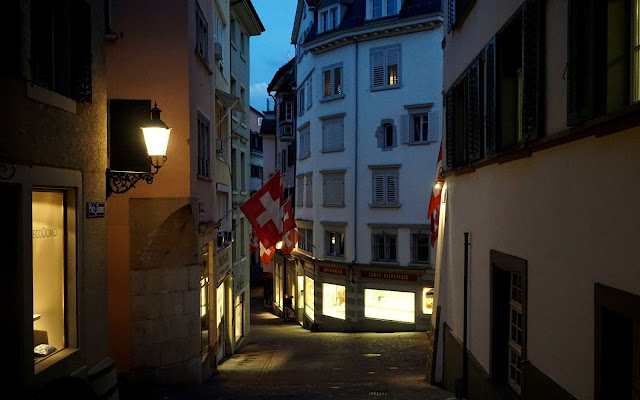 This is a statue of the needlessly naked Ganymede, and his eagle.  This is looking south from the northern tip of Lake Zurich. 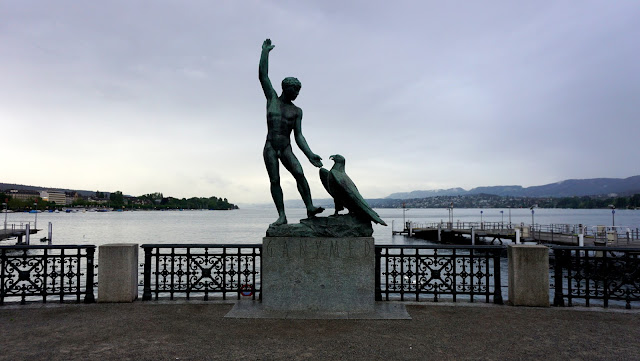 This is the office of the local newspaper, according to my sources. 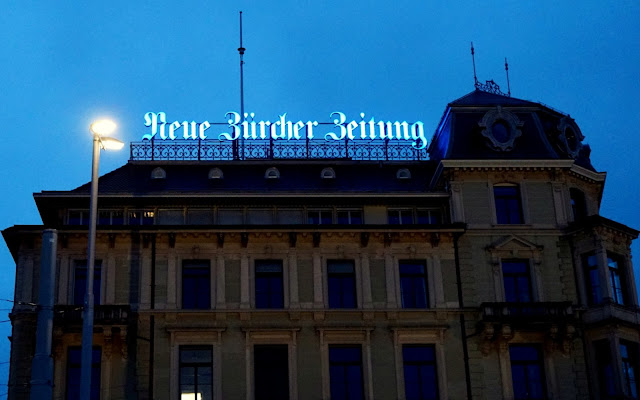 This is the Opera House.  No opera was heard.  Zurich is awesome that way. 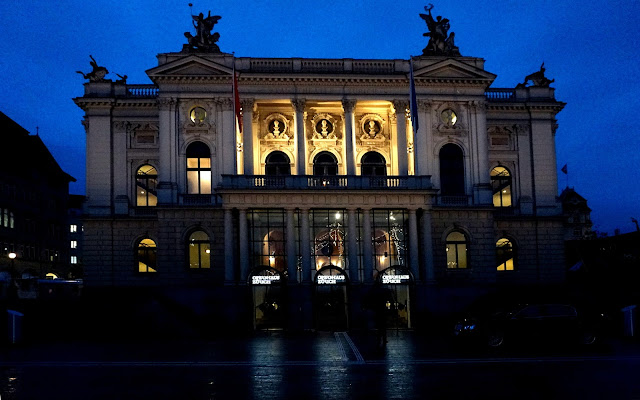 An illuminated tree on the eastern shores of Lake Zurich. 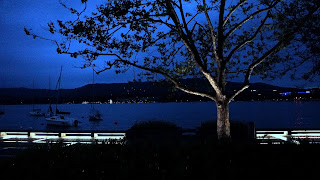 Facing west.  At the top of the hill is a tower which sits on Uetliberg Mountain - something that will feature heavily in an upcoming post - for now just gaze astonished at the blinkenlights. 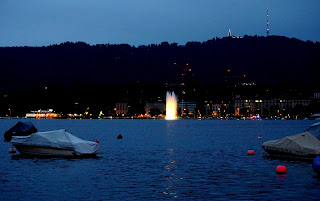 A Ferrari.  I suspect this car is worth more than my house. On the other hand, my house has more bathrooms and a kitchen.  Less horse power tho. 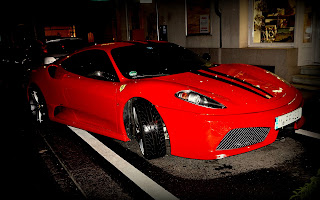 Lake Zurich is home to many boats.  On the left is a cruise ship of some kind, with the skyline of Zurich in the back ground. 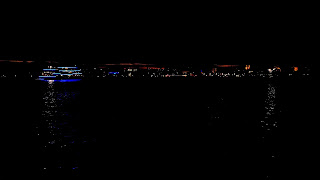 So thats Zurich at night.  Stay tuned for Zurich during the day, in which I will show much of the same stuff, but with a lower ISO level, and much warmer tones.