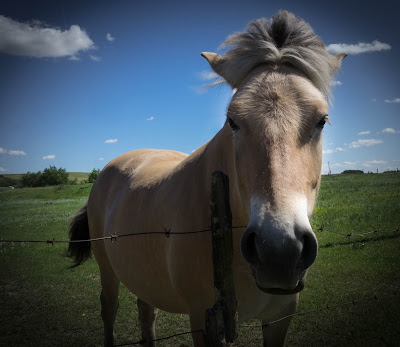 These were the lyrics that were floating through my head when I woke up this morning.   I've never been this far west, and thanks to songs like this, and basically the entire Corb Lund catalog, my head was full of visions of Alberta.

I was excited to get there and check it out for myself, but first I had to drive the rest of the way across Saskatchewan.

My wife and I had woken up in Saskatoon, and after saying goodbye for a few days to our Scavenger traveling companions, we piled into the Geovan of Destiny and headed west along the Trans-Canada Highway.

We were, finally, Alberta bound.

One of our first stops was a pull over to do an earth cache.  The place provided a great view of the Saskatchewan River. 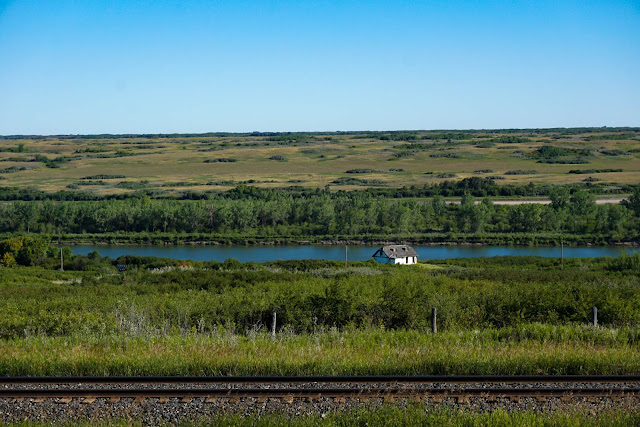 Our next stop brings us to an important part of this road trip that has so far seen little to no mention:  Tim Hortons.

It would come to no surprise to any Canadians reading this, but every single day since we left on this road trip we have stopped multiple times at various Tim Hortons we've come across.  It has provided us with much needed caffeinated beverages and calories for the road, washroom breaks, and free Wifi.  It is my opinion that the plethora of Tim Hortons is one of the reasons why, God forbid it should be required, Canada will win the war.

(The other reason is the abundance of chip trucks.)

Shortly after our much needed pit stop, we started seeing signs for Table Mountain, and the related ski area.  Since Saskatchewan has so far been the flattest place on earth I have ever seen (and yes, American friends, I have been to the mid-west states) I was very curious what constitutes a "mountain".

So we took a detour.

After about a 10KM drive down some of the magnificent dirt roads (seriously, I am not sure what voodoo the province of Saskatchewan uses to maintain their roads, but they are glorious), we had our answer: 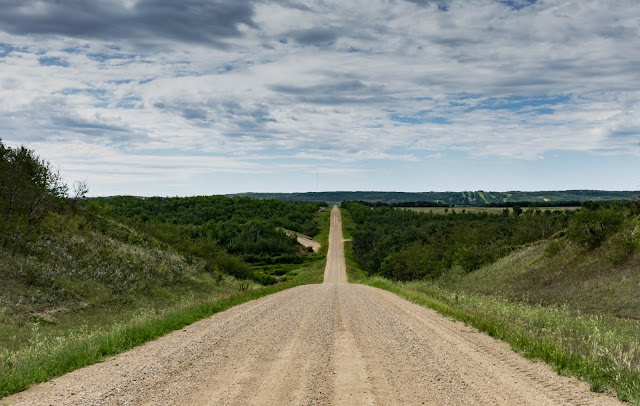 You can see the ski slopes on the hill in the background on the right.  Apparently, according to the Internets, the slopes are 100m, 330ft, high.

Mountains, it seems, are relative.

On the way back we took in some more of the Saskatchewan scenery. 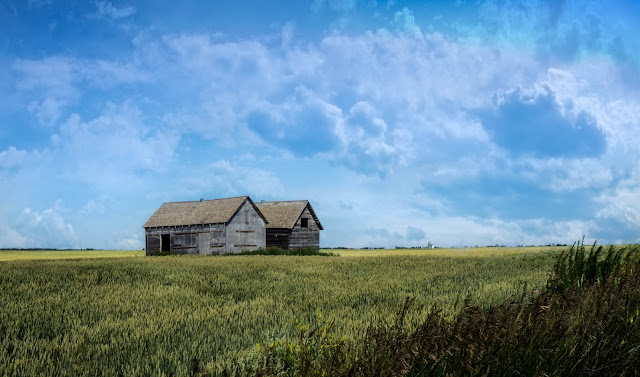 We continued west and by lunch we had crossed the Alberta line.

At this time we started doing some more geocaches, and I am glad I did, since it introduced us to some of the most friendly horses I've ever met:

One of the first caches I did in Alberta was a bird house at the corner of a field.  As I approached, these three horses came trotting across their field to say heya.  We spent some time together, bonding over geocaches and muzzle-petting.  I found out later that these horses are famous for being super-friendly to geocachers, and have a history of pulling a geocache from the hiding spot on the fence into their field.

We went further off highway, which quickly means on more dirt roads, to grab some more geocaches.  We did one cache right in front of a Hydro crew (Electrical power company crew for you non-Canadians), and ended up introducing them to geocaching (they got a kick out of it).

So far, Alberta was promising to be as awesome as my mental image promised.

One thing that quickly became apparent is that the flatness of Saskatchewan  was over.  Alberta landscape is full of vast wide open spaces, but they are also full of rolling hills.  It makes the place feel alive. 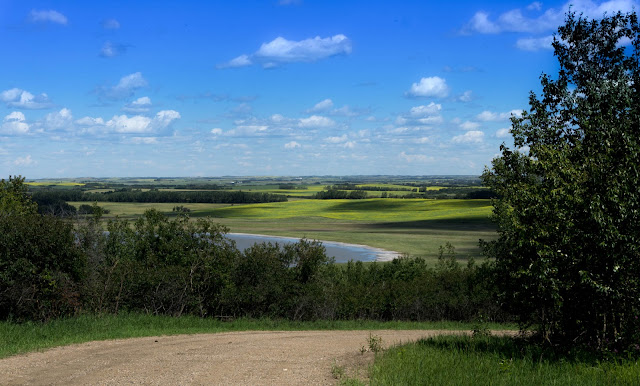 We cached our way halfway across Alberta and ended up at our destination for the day: Elk Island National Park.  We were planning on camping there for a couple days.

One of the great things about being a geocacher is that it is a small community.  One of the local cachers put on a geocaching event in the park so I could meet some of the locals (including, as it turns out, the CO of the caches I did near the horses above).  So once we finished setting up camp, we headed over to the event. 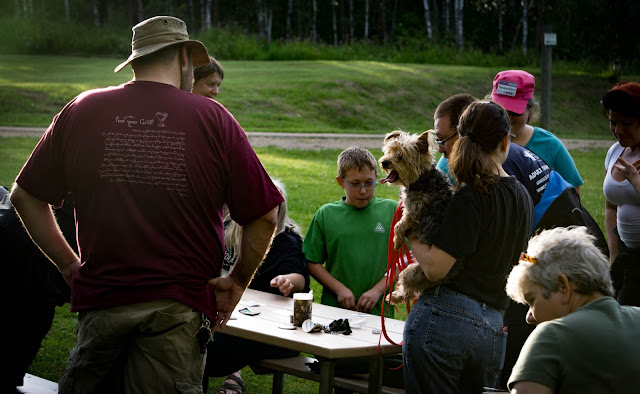 After the event was over, we wandered over to the lake and enjoyed some of the most spectacular sunsets I've ever experienced in my life.  We took some time to snap some photos, and soak in the amazing nature that lay before us. 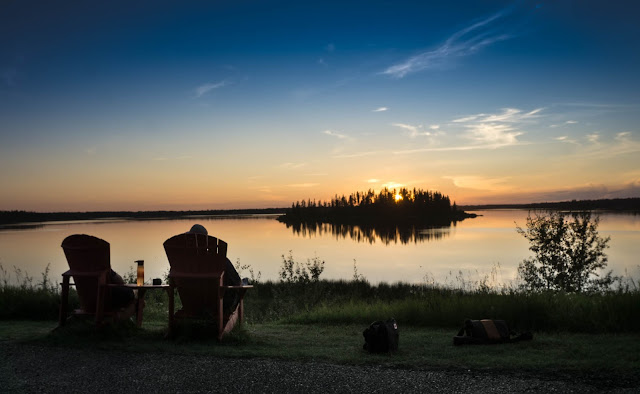 Yep, Alberta promises to be good to us.  I can't wait to explore more of it tomorrow.
Posted by Dave DeBaeremaeker at 9:25 PM