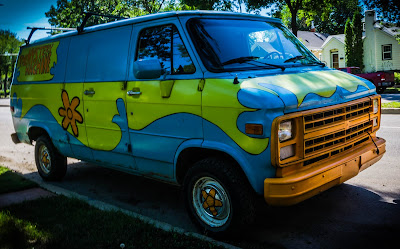 Little known fact:  Scobby Doo and the gang live in Saskatoon.  I have proof.

This is just one of the things I learned while exploring Saskatoon for the day.

Road tripping is a lot of work, so its good to add a day or two along the way where you don't have to put in mileage. That day for us happened in Saskatoon.

We spent the morning geocaching until the quilt stores opened, then my wife went shopping.  I of course tagged along.  While I was waiting for her to finish checking out the local offerings I checked my phone for geocaches.  Turns out there was one 50ft away, in a bakery.

Afterwards we headed downtown to do a highly favourited cache. It turns out that cache was in the main branch of the local library.  Fun!.

Along the way we ran across some classic Canadian honesty: 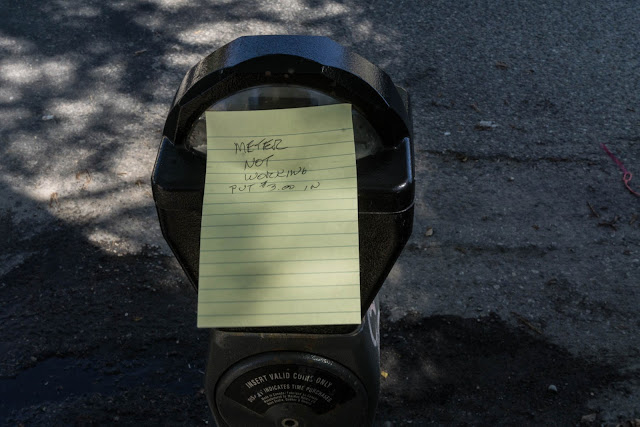 After lunch we headed out of town to check out the surrounding farmland.  We soon drove off the main roads and hit the dirt roads. 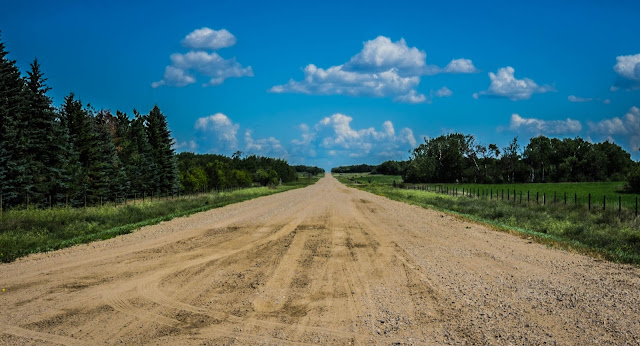 By the bye, Saskatchewan dirt roads are really nice, as far as these things go.

Our goal for this adventure was to grab the oldest cache in Saskatchewan, called Sask-Cache-One.

It was located down an old road along a farmers field, so we went for a walk. 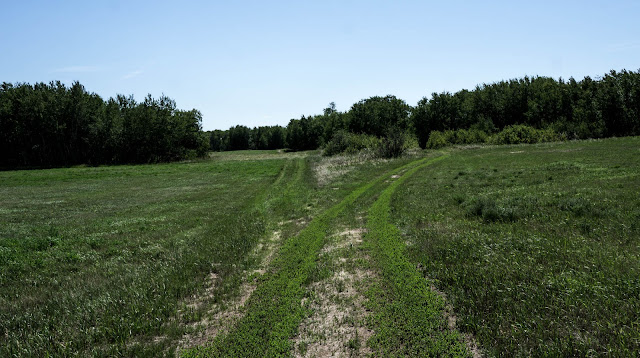 A little while later we had this elder cache in hand. 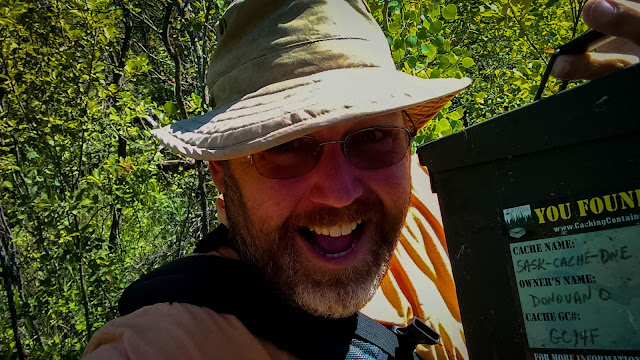 Afterwards we grabbed a few more caches, then drove around, checking out the countryside.

One of the first things we noticed when we hit the prairies was fields of bright yellow.  These are, apparently, fields of rapeseed - also known as canola.  If you've ever had canola in your margarine, or cooking oil, you have fields like this to thank. 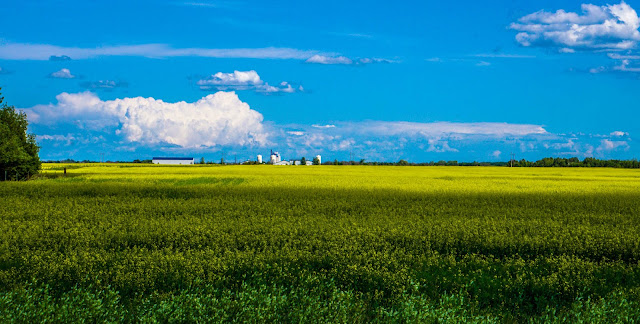 (I won't mention that canola was developed by two Canadian scientists in 1970).

After our drive we hit the hotel for a well deserved nap and a relaxing evening.  It was nice to unwind, but tomorrow we were hitting the road once again, in search of adventure. 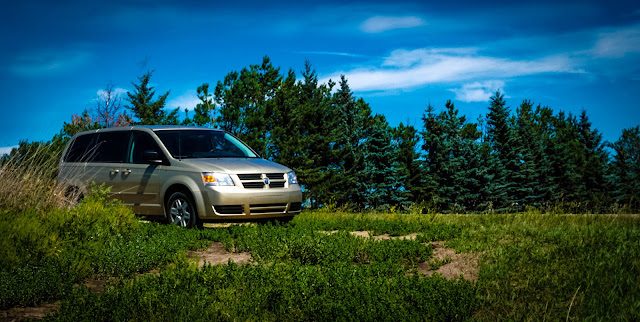 Once again we planned to live out a Gordon Lightfoot song... which one?

Stay tuned to find out.
Posted by Dave DeBaeremaeker at 9:58 PM