The Great Canadian Road Trip: On The Way To T'under Bay 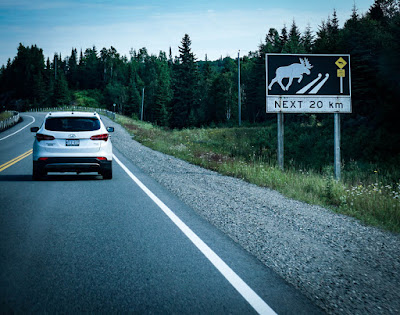 One thing that becomes quickly apparent when one embarks on a trip across Canada is that Ontario is really, really big.

At this stage of the tale, my wife and I (along with a Scavenger we kidnapped along the way), have been driving west across Ontario for 2 full days now, and still only made it half-way.

Today we put on another 8 hours of driving towards our goal, but to avoid unnecessary dramatic buildup, we won't make it out of Ontario.

We will make it to Thunder Bay tho... but I am getting ahead of myself.

My last post had us doing a ton of early morning photography then heading off in search of the most noble of quests: breakfast.

We found that breakfast at a Tim Hortons (surprise, surprise) in the town of Wawa, which is also famous for this: 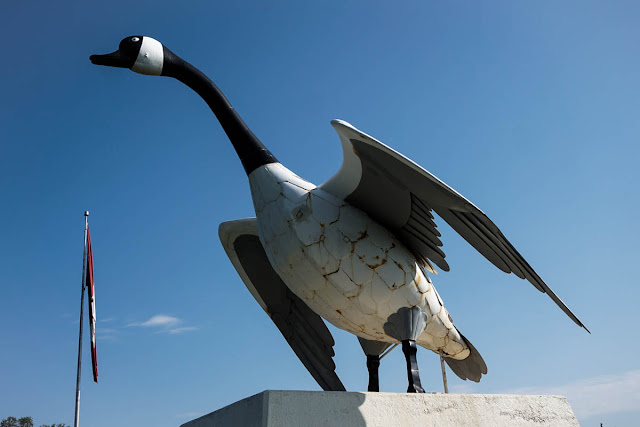 Yep, the Wawa Goose.  A Great Canadian Landmark if ever there was one.

Speaking of Canadian landmarks, did you know Winnie The Pooh was Canadian?  The bear that inspired the stories was adopted when it was a cub by Lieutenant Harry Colebourn during WWI near the town of White River.  The cub became his unit's mascot, and was taken overseas.  Before they were shipped off to France, he donated the bear to the London Zoo for safe keeping.  It was at the Zoo that A. A. Milne, and his son Christopher Robin, saw the bear and started making up stories.

We stopped at the monument for Winnie The Pooh in White River. 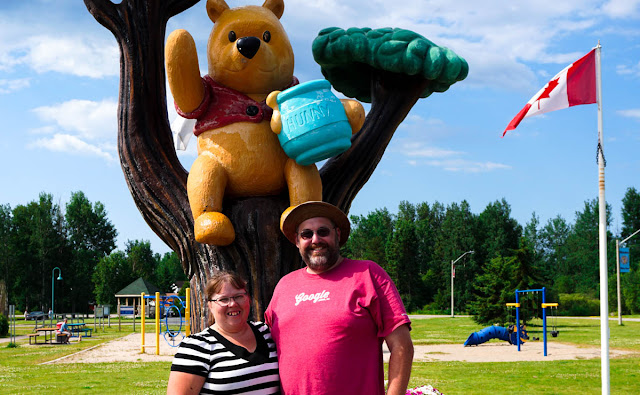 So far I have not talked much about my main hobby of geocaching.  I have been doing some caching along the way, but nothing really blog worthy.  However it did lead us to a wonderful and fortuitous experience.

There exists a highly favourited cache at an overlook along the Trans Canada highway, right at the top of Lake Superior.  We stopped to hunt it down.  I ended up hunting for several minutes, and not having much luck.  However as we did a train came around the bend, and gave us an incredible sight to behold.  Definitely something I would not have seen had I not stopped to cache. 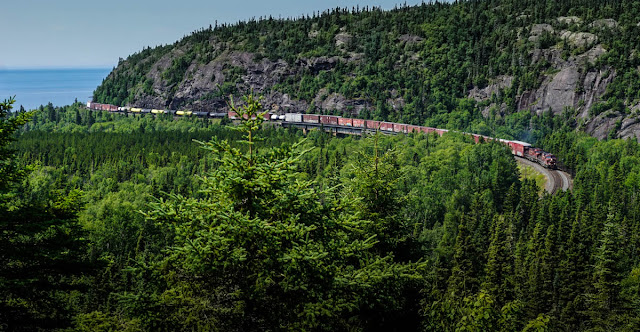 I never did find that cache (turns out the coords were soft).  However caching also brought me to this pleasant scene: 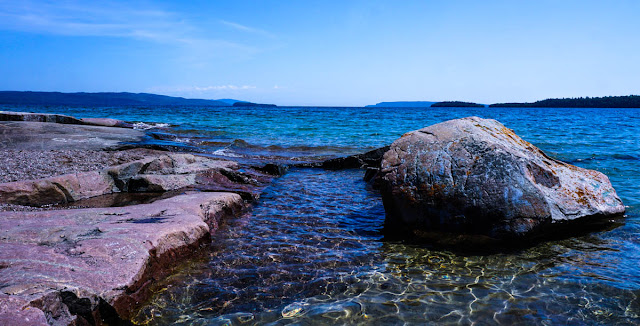 As well as this scene.  This one is associated with a legend of the Sleeping Giant.

As we entered the city limits of Thunder Bay, we came across the memorial to Terry Fox. To any Canadians he needs no explanation, however to the non-Canuck among us, let me sum up.

Terry Fox lost his leg to cancer. In 1980 he started the Marathon Of Hope, and started running across the country to raise money for cancer research. Starting in Newfoundland, he ran the equivalent of a marathon a day - on one leg no less.  He made it as far as Thunder Bay when the cancer spread to his lungs. He became a Canadian folk hero, and due to his efforts, and annual events held in his memory, over $600 million dollars has been raised for cancer research. 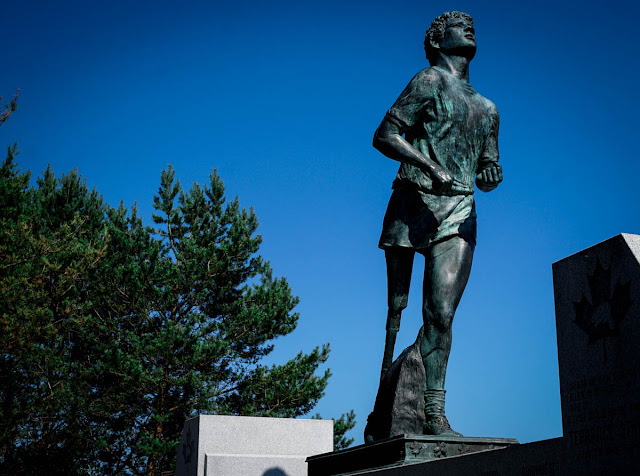 This evening we were joined by another Scavenger by the name of +Liz Kaetterhenry, who would caravan with us for most of the rest of the journey.

So the three have become four (an increase of 33%! - a great return on investment.), and our journey continues.  Tomorrow we seek a way out of Ontario (finally) and get our first glimpse of the grasslands beyond.