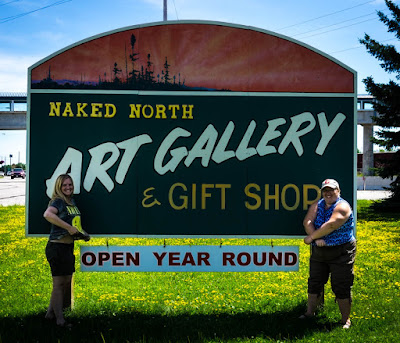 One of the fun things about northern Ontario are some of the fun names they have for places.  Some are just fun english names, like Moose Factory.  Others are based off of native Canadian names, like this mouthful (as stolen from Wikipedia):


Kakabeka Falls /ˈkɛkəˈbɛkə/ is a waterfall on the Kaministiquia River, located beside the village of Kakabeka Falls in the municipality of Oliver Paipoonge, Ontario.

Speaking of Kakabeka Falls (see what I did there?), that was our first stop on the fifth day of our epic road trip across Canada. Kakabeka Falls is called the Niagara Of The North due to its size and ease of access.  Also like Niagara Falls, the Canadian side is prettier (tho to be fair there is no American side, but when you are Canadian you are used to suffering under an inferiority complex with our southern neighbours, so we like to point out all the ways in which we're superior - so take that, America! (sorry, eh?))

Kakabeka Falls is just outside T'under Bay, so it was our first stop of our convoy of Scavengers for the day. 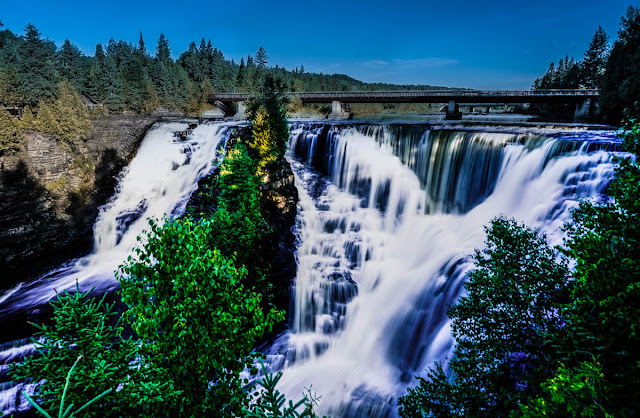 If you take a step back, you get a view of what its like to travel with a group of Scavengers. 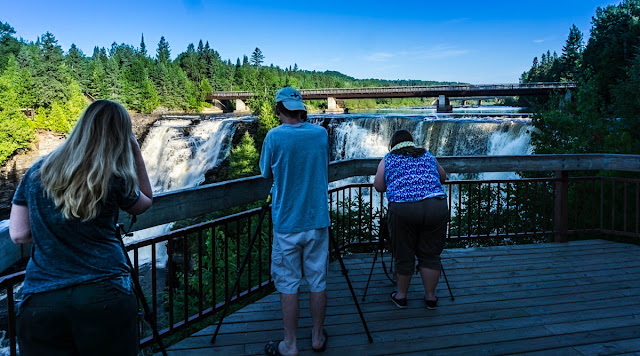 Speaking of which, what does one call a group of Scavengers? A posse? An aperture? A bracket?

Well, while the group is mulling it over (drop your suggestions in the comments), here is a view downstream. 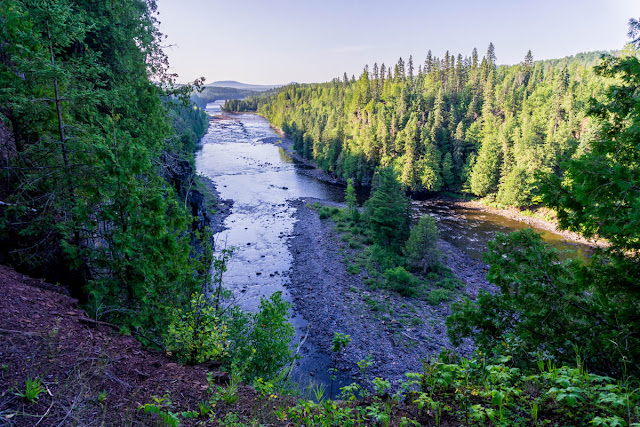 A little later on in the day, Ron finally got a picture of a moose (we didn't have the heart to tell him it was made of concrete - don't tell, OK?) 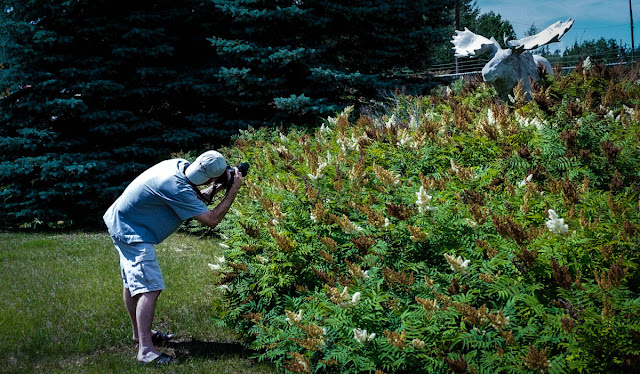 After lunch we finally made it out of Ontario - just took 4 days of westward driving.  At which time I found my first Manitoban cache, at this "petrified stump". 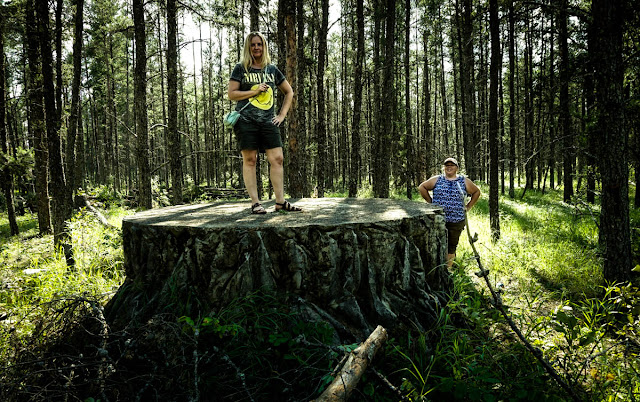 We rushed thru Manitoba because we had supper plans with yet another Scavenger, Pat Dickson from Winnipeg.   For those keeping track, the number of Scavengers we have seen on this trip so far has... um... increased by one (counting is hard.)

We enjoyed a wonderful evening sitting around Pat's porch, eating steak, drinking drinks, and talking old war stories about photography and various other photon capture technologies.  That night we camped in her back yard. 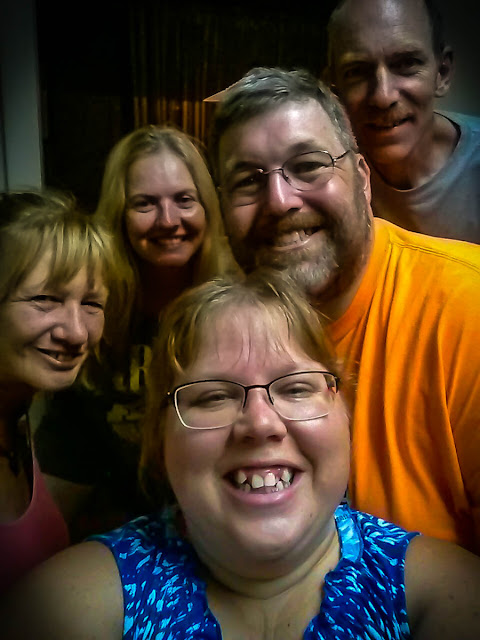 So we're now over half-way, distance wise, across Canada, and just two provinces away from Alberta.  In fact just inside the Manitoban border is a sign marking the geographic center (east, west) of Canada.

Tomorrow should prove to be interesting as we spend our first full day in the prairies, face some nasty weather, add yet another Scavenger to our list, and learn exactly just how flat Saskatchewan is.

Posted by Dave DeBaeremaeker at 8:41 PM