The Great Canadian Road Trip: The Sudden But Inevitable Conclusion

The Great Canadian Road Trip is rapidly coming to an end. In fact, after we finished exploring the real life fictional town of Dog River, and taking some shots of Saskatchewan At Night, we crossed the border into the US, thereby officially ending the Canadian part of the road trip.

If that seems sudden... thats because it is.  Really once we crossed the border into North Dakota (at a town called Portal, which is likely the coolest name for a border crossing I have ever heard of - the cake is a lie), I sort of kinda forgot I had a camera or a blog, for 4 days. 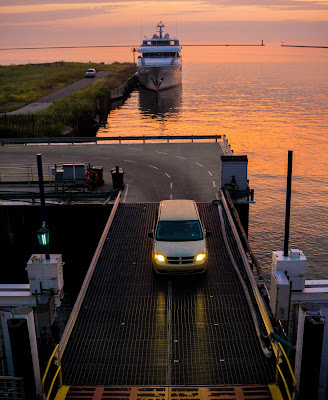 To distract you from this blatant and suspicious hole in the story, let me fill you in on some of the details.

We spent the first day driving across North Dakota. It is a nice state, but it didn't have what I want (which is, I expect, a common phrase that is the bane of the overworked and under-paid North Dakota Tourist Board).

The Day after that we drove to West Bend Wisconsin (along the way we said farewell to our plucky road trip conspirator, Liz).

In West Bend my charming wife and I spent a couple days attending the West Bend Cache Ba$h.  Two days of geocaching and the ilk.

After that we took a ferry ride across Lake Michigan.  It was actually surprisingly expensive to take this ferry across the lake - almost as much as the ferry to Newfoundland - but it had two benefits: We've never spent any time on the water on Lake Michigan, and we avoided driving thru the toll booth happy and traffic jam-y state of Illinois.

The ferry, being early in the morning, offered some nice sunrise shots. 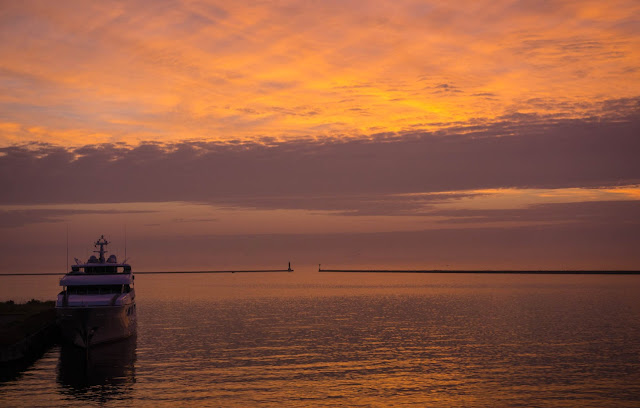 Once we hit the Michigan side of the lake, we had breakfast with yet another Scavenger couple, the Schemeers.  They turned out to be the last in a long line of Scavengers we met on this trip (total: 11)

We then proceeded to drive back to Ontario. (Wait!  Isn't that back in Canada?!?) Oh look, a harbour! 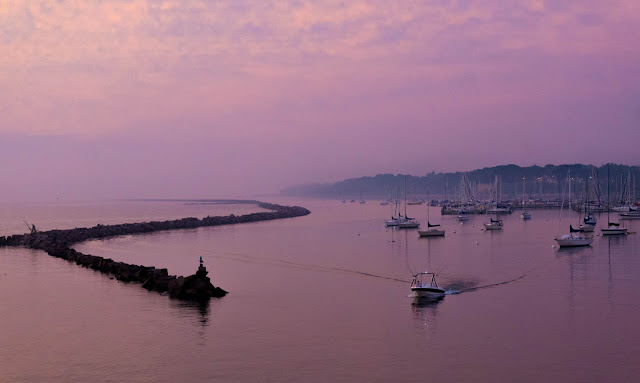 So yeah, we went back to Ontario for 36 hours to retrieve our kids, who if you recall stayed at their grandparents farm while we were on the road.  Then we drove the 12.5 hours home to North Carolina.
Thus the cricle of road trip life was completed.

All in all this is going down as one of the greatest adventures of our lives, and thats a pretty good way to spend a vacation, don'tcha think?
Posted by Dave DeBaeremaeker at 3:43 PM