I have proof (in the form of +Liz Kaetterhenry taking a shot of some silos): 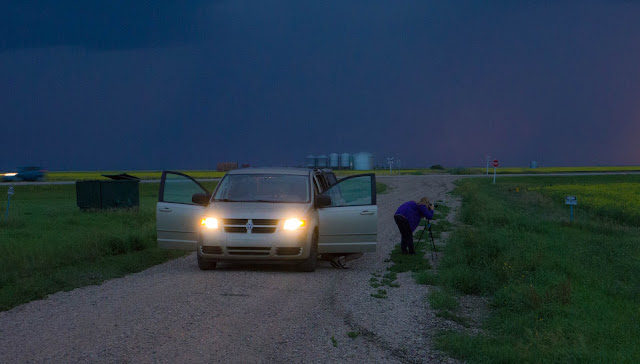 One of the cool things was this old church, just hanging out in a small town of Drinkwater (by small I mean 4 houses and a ruin). 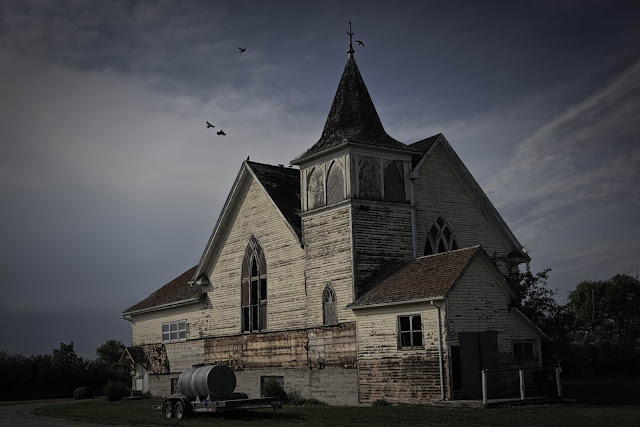 Aside from the church there was not much to shoot, except farm stuff (this is, after all, the middle of the prairies). 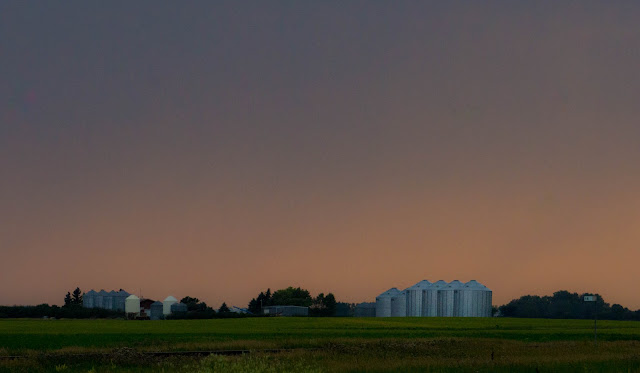 I stopped at the side of the road in order to take this shot, simply because it was asserted that "there are not shots here."  I think there is, what do you think? 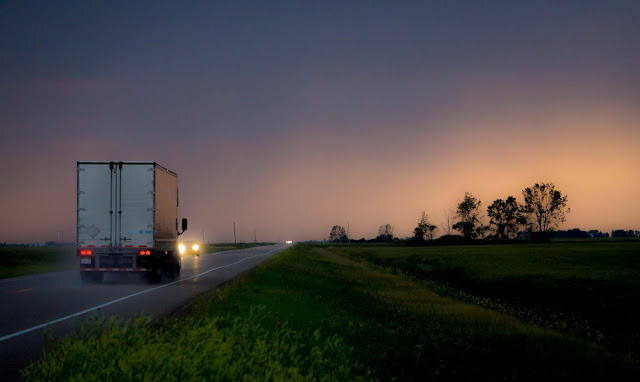 Eventually we pulled over at a scene that obviously had some things to shoot.  I shot this as HDR, which is why its not all blurry and noisy like the other shots in this post. 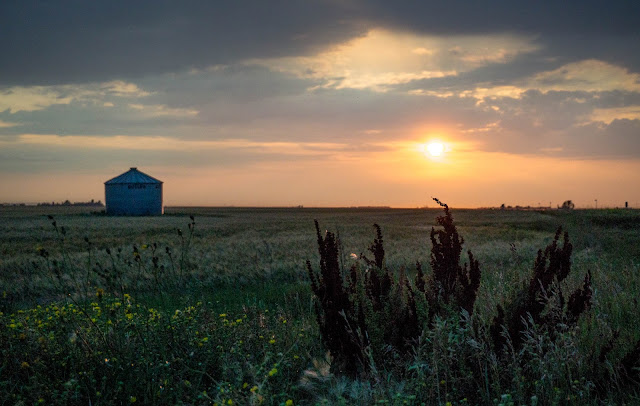 As we were driving to Dog River, and then on the way back, Liz noticed these silos, and commented that they would make a nice photograph.  On the way in we thought it would be too light out.  On the way back we figured it would be too dark.  After the success with the the above HDR shots, we decided it was likely still light enough to get a good shot, so we pulled a u-turn and headed back. 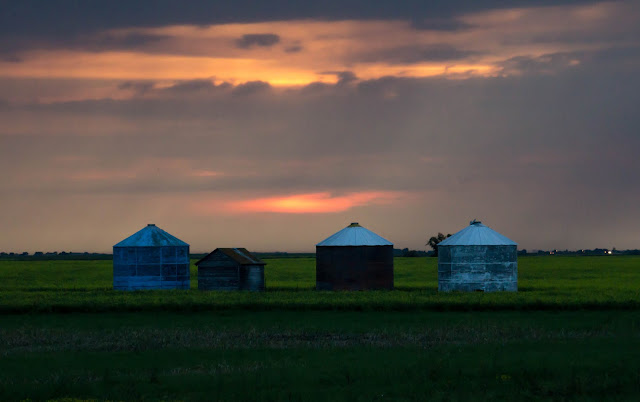 After the silo shoot we decided to call it a night.  Our luck had held out so far - despite of the storm clouds looming we stayed quite dry.  However as we headed off back to Moose Jaw the skies opened up and we practically rowed our way back to the hotel.

Still, a successful nighttime shoot was had by all.

Posted by Dave DeBaeremaeker at 9:03 PM