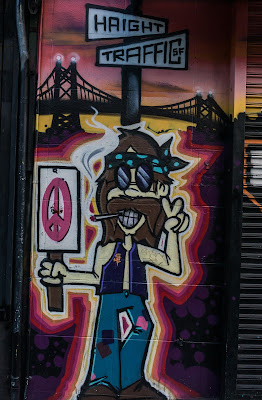 I have spent the past few posts relaying tales of my adventures in San Francisco a couple weeks ago.  It was a good time, and despite being there for work, I think I explored the crap out of the city.

However there is still one more tale to tell.  At this point in this tome I have but one evening left in the city.  Time for one last adventure.

I started this trip with a list of things I wanted to check out, and I still had a few left, and I wanted to knock a few more off the list.

My ultimate destination was a walk thru Haight-Ashbury, a district famous for the quirkiest of the quirky that San Francisco is famous for.  It was the home of the Summer of Love, after all, and I don't think it has ever shaken off the hippie influence.

So after work I hopped on the #5 crosstown bus and headed west towards The Haight.

But first, I had one more stop to visit the Painted Ladies.

The Painted Ladies are a series of 6 Victorian/Edwardian (I could never find a consensus in the literature) houses looking all pretty and colourful and, um, Edwardian.  They likely look familar as they have been featured in over 70 movies, including the classic So I Married An Axe Murderer.  They were also featured in the unholy abomination that was the 90s sitcom Full House.

Maybe a photo will jog your memory: 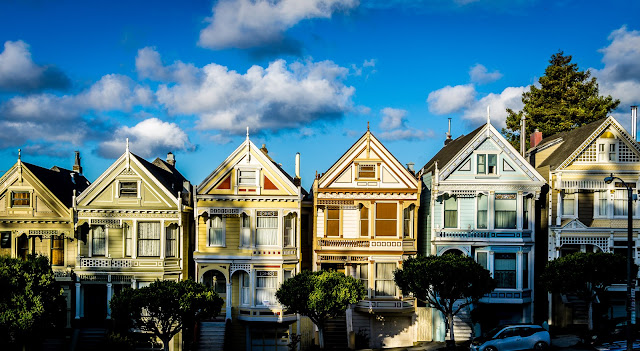 So those are the houses.  Check that sucker off my list.  Now for The Haight.  It is only a mile away, so off on foot I hobble.

I say hobble as I am, at this point, foot sore to the extreme.  For the past 7 days I have been putting on at least double my average step count, often more, and once a lot more. At this stage my feet are expressing a lot of hate, but one can only see The Haight in San Francisco, so I told my feel to stuff it, and started walking.

Along the way I came across a scene I noticed from the tour bus from earlier, but didn't get a good shot of.  So, I present to you, the streets of San Francisco. 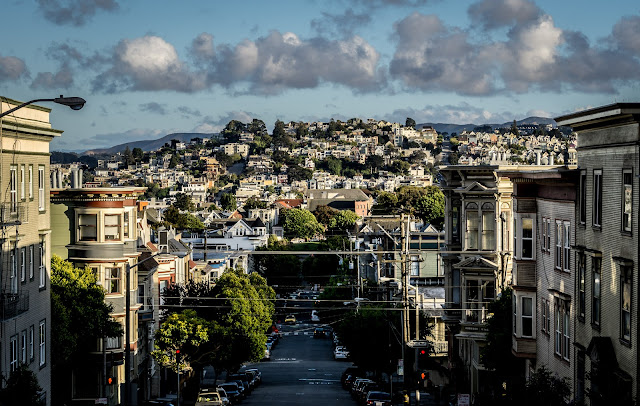 Now The Haight is a quirky crazy place, with lots of things to shoot with a camera, but at this stage I was too tired to really care... so I focused on a more singular goal.

So I stumbled up a hill looking for a sign... and suddenly Jerry Garcia spoke to me... 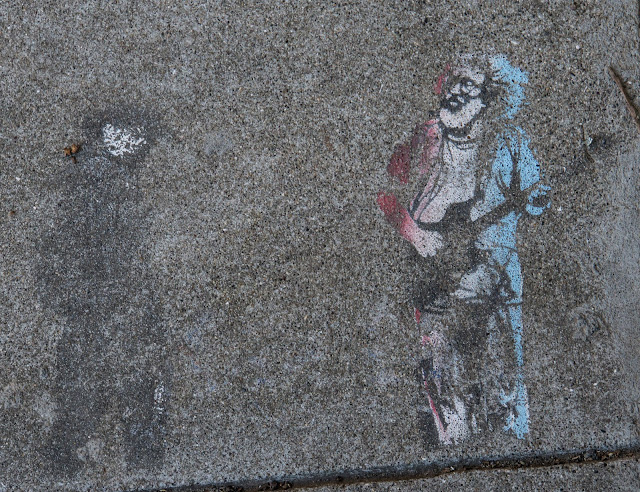 I had arrived.  Apparently this house is where the Grateful Dead lived in the 1960s. 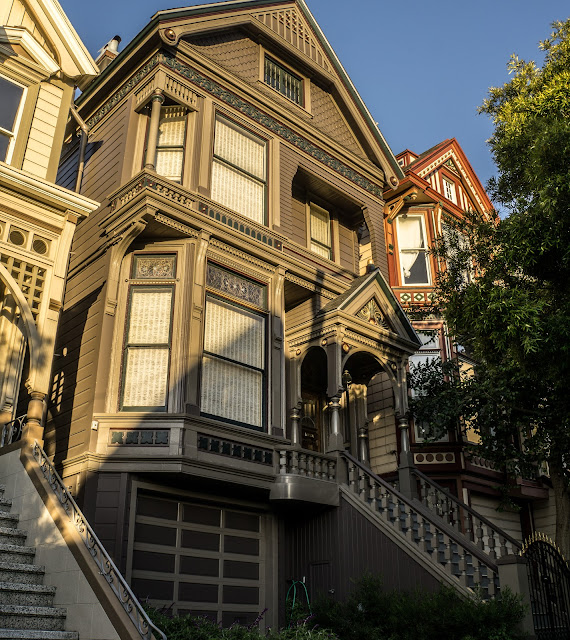 Time to go back to the hotel. Tomorrow I fly home.

I had 31 things to do on my list, and I did 25 of them, which is a pretty dang good ratio if you ask me (it is always good to leave something on the table for next time).

So that was San Francisco.  I hope to be back.

Posted by Dave DeBaeremaeker at 4:56 PM