CRAM: The One About Vancouver 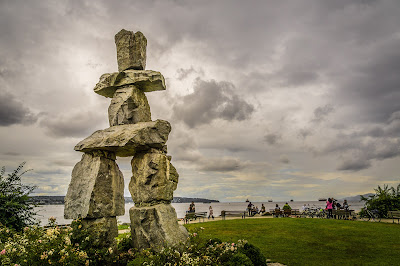 Vancouver is a pretty cool place.  I know this because when I visited there back in July, I said to myself "self, this is a cool place."

So its like day 4 of our trip out to Western Canada.  We lovingly ditched our kids at the grandparents in Ontario, and my wife and I have flown westward until we found a cool place, and started exploring.

We landed at Vancouver International a few days ago, but we didn't stick around to check out the place.  Today we fix that oversight.

We started our day by driving, quite literally, around the city looking for some highly favourited geocaches, then we used an ancient technique I developed in Taiwan called "spiraling inwards" to get to the downtown core of the city".  We first stopped off and checked out the giant inuksuk (Canadians cannot resist a good inuksuk - it must be encoded in our DNA or something.)

Afterwards we headed downtown, parked the car in a car park, and walked around for the rest of the day.

But first we had to navigate an Imperial security checkpoint (naturally). 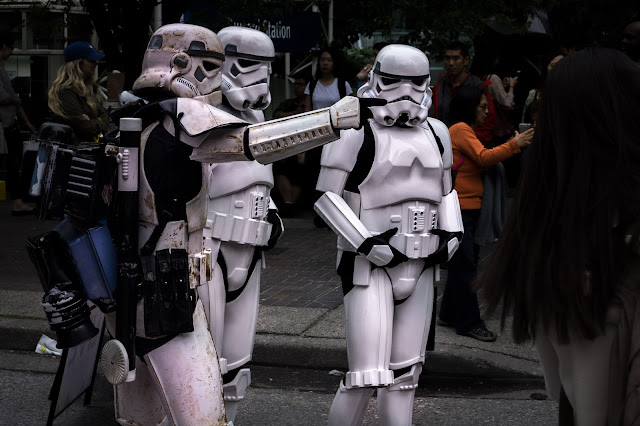 Most of our exploring was on the north side of the city, along the harbour front.  The other side of the harbour was North Vancouver, at the base of the mountains.  As you might expect from such an arrangement, the views were spectacular (even tho they were overcast.)

One thing that struck me about the area was the large amount of nautical travel, especially the float-planes. Particularly charming are the gas stations in the middle of the water. 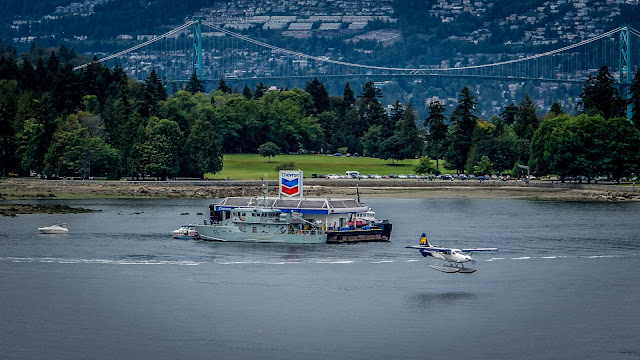 One of the highlights of the Vancouver Shoreline is Canada Place.  Canada Place is a conference center type place build for the Expo '86 Worlds Fair, and is distinguished by the 5 large sails in the middle of the building that act as a roof. 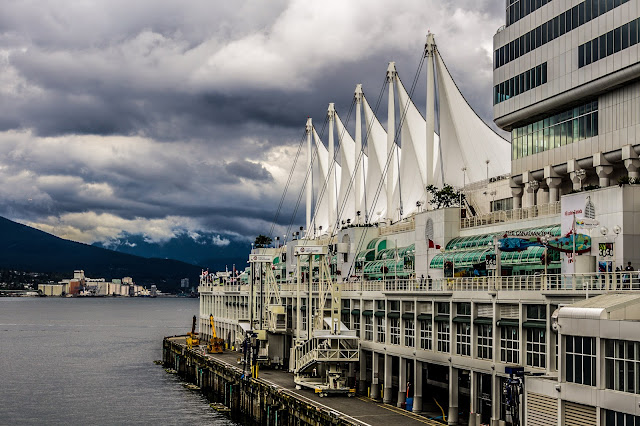 Canada Place is also the port where all of the cruise ships arrive in Vancouver.

Heading down the shoreline a ways brings one to a dock full of those floater-plans. 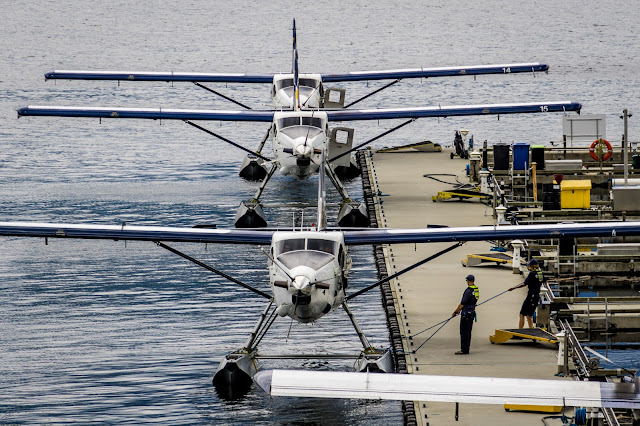 As one may expect, the shoreline is one marina after another.  The tall glass buildings make for a nice clean modern looking cityscape. 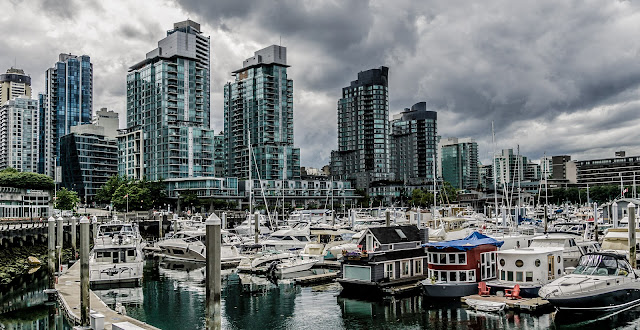 So we walked along the shoreline for a while.  Then during a break we schemed, we plotted, we dreamed, we even discussed, a plan.  Then we spent some money.  Then we waited.

While we waited we decided to head west to Stanley Park.  Stanley Park is a huge (queue Trump: yuuuge!) park on the western tip of the city.  It is, apparently, larger than Central Park in New York, but shaped differently.

We didn't actually have a great deal of time to explore the park, but we did check out some awesomesauce totem poles. 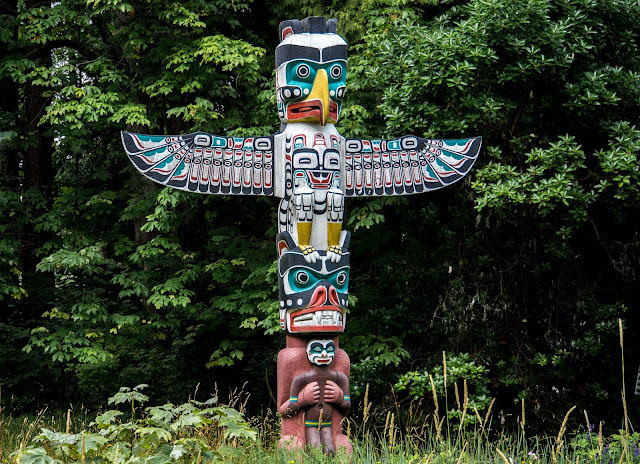 We also checked out the views of the harbour, and the Lions Gate suspension bridge. 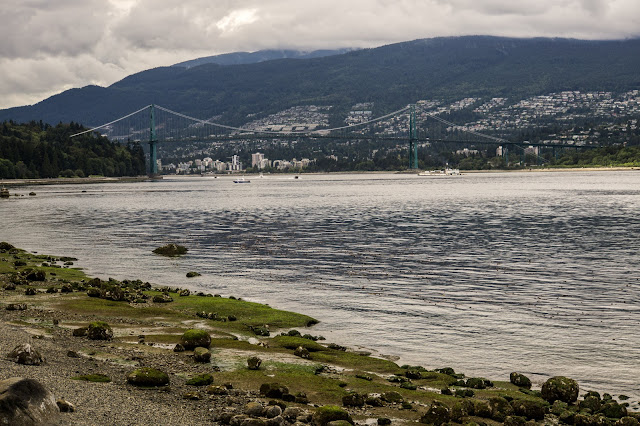 We'll see a bit more of that bridge later, as our plans would take us right underneath it.

But how?  Stay tuned to find out!
Posted by Dave DeBaeremaeker at 8:25 PM