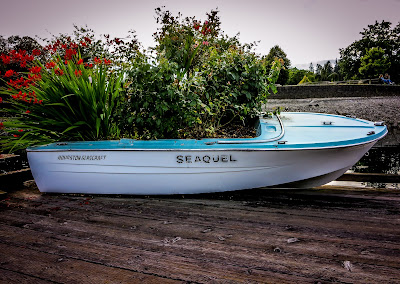 A few months ago as my wife and I walked around the Vancouver waterfront, we decided that walking beside the water is nice.. but we'd rather be on the water.

So we decided to take a cruise around the bay.

Although, you have to ask yourself, especially when you are sans-kids, and armed with cameras, what is better than a cruise around the bay?

A sunset dinner cruise around the bay!

So thats what we did.

So we put on our pirate hats and hatched a plan to stow away on the good ship Constitution, currently docked in port on the north shore of Vancouver. Our plan (purchasing tickets from a ticket agent - crazy right?) worked like a charm.  The captain never suspected anything was amiss.... 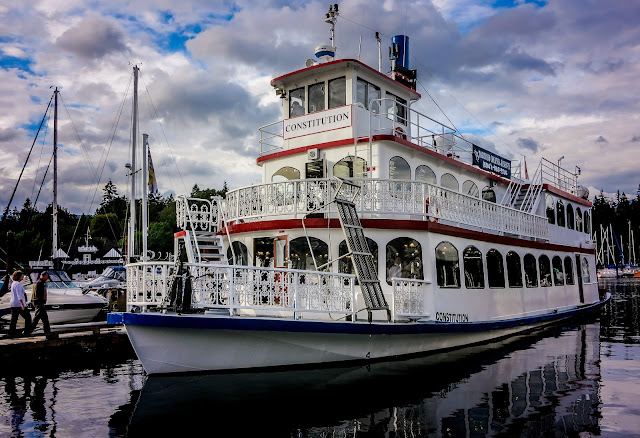 ... and we soon departed on a journey around around Stanley Park into English bay, and thru False Creek (which is really a fairly wide water way that cuts thru the city, but dead ends (which I presume is the false part).

It was a 3 hour tour, and you all know how well those go... right Gilligan?

All the while we dined on roast beef and pacific salmon, and got great views of the city during golden hour. 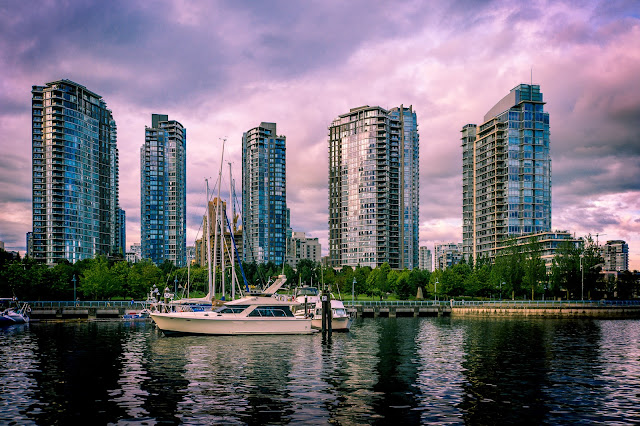 Along the way we saw some of the funkier aspects of the city. 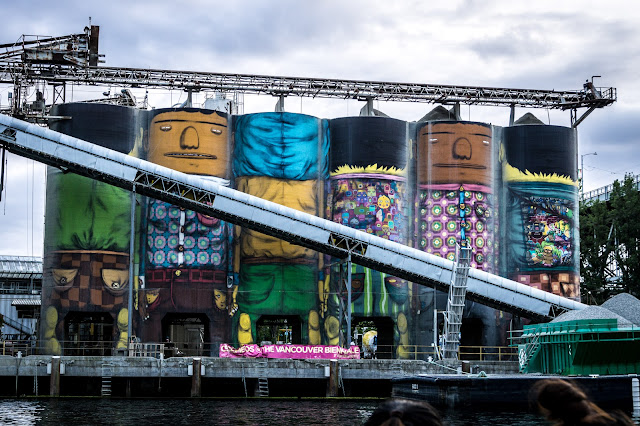 As you can see from these photos, the sky was overcast and there was not a lot of sunset to be had.  A tad disappointing, but we made due by focusing on the skyline, and some of the other epic views.

Lions Gate Bridge being one of the most striking. 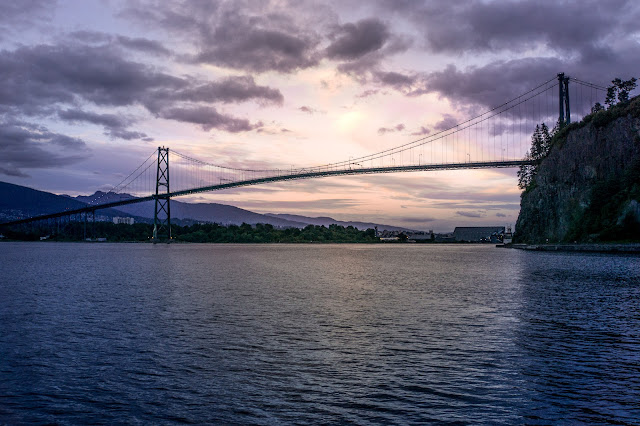 Interesting story... as we were passing under Lions Gate bridge, we saw police lights on one spot on the bridge, and police boats racing towards the bridge.  Us boat-folk theorized that there was a jumper.  However after 10-15 minutes all the cops skedaddled, so if it was a jumper, he didn't.

So we continued on, and were soon treated to the sight of Canada Place lit up at night. It looks a lot like this: 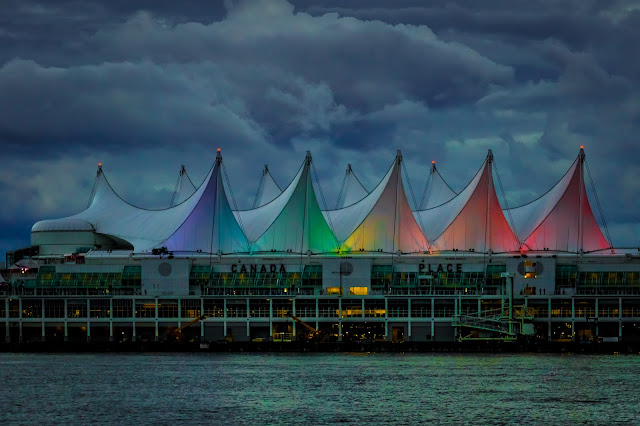 Shortly afterwards we docked, and headed to the hotel.