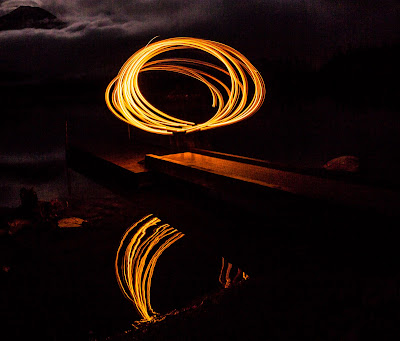 Oh, hello!  I didn't see you there.  I got lost in the music in my head... has that ever happened to you?

Happens to me all the time.

I was thinking about that time when I hung out with some amazing people, who all happen to be photographers, in the scenic Rocky Mountains of Alberta, Canada....
you know the place, right?

It is beautiful during the day.
Its downright awesome at night.  I know, cause I was there.

We actually went out to the same location on two separate nights.  The reason is that we originally wanted to do some star, and possibly Milky Way photography.  However the weather (I blame Al Gore - damn it Al!), decided that it should be overcast and cloudy for most of the time we where there.

Cold and cloudy.  Thats right.  Cold, cloudy... with a cold feel, and a cloudy outlook.  Did I mention it was cloudy, and cold?  Bit of frost, lack of stars.  Heck, sometimes it was downright down-pour-y.

Anyway, shooting the stars, and especially shooting the shooting stars, was out.  However will that stop a bunch of plucky photographers with a "Devil may care" attitude, and a penchant for awesome?
For some of us, yes.  For the handful that went out anyway - no.
Heck no.   I have proof. This was taken at 10-ish PM. 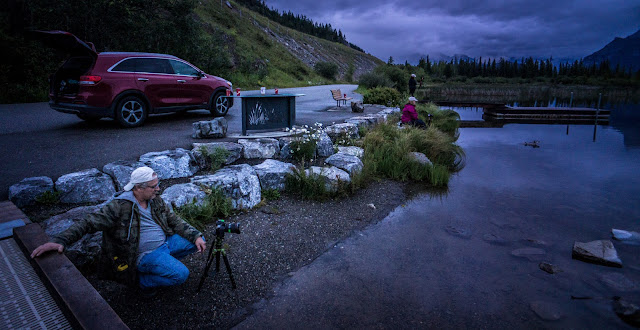 The location was Vermillion Lakes, a scenic bit of Banff National Park, right near the town of Banff.  It is a big ol' lake, with some awesome mountains in the background - very scenic place at night.

Some of us really got into the idea of shooting the lake - really put their work into it. 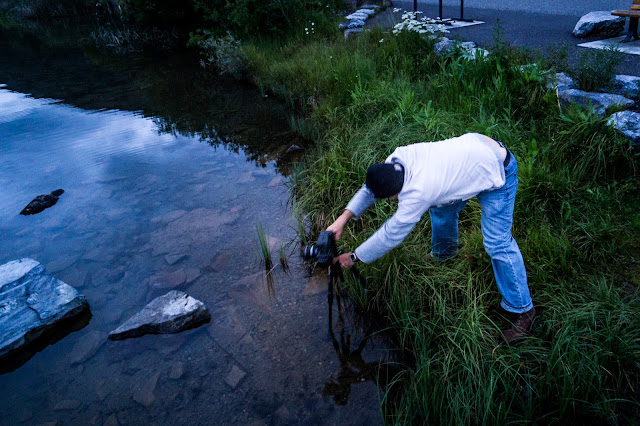 While we were there, we tried something I personally have never done before:  fire spinning.

I imagine there are multiple ways to do this, but the gist of our rig (made by the awesome Ms Milks) was as follows:  Take a large metal kitchen wisk.  Tie on (tightly!) a decently long length of rope - 6-10ft or so.  Pack the whisky part of the whisk with various grades of steel wool - apply fire, and spin like the dickens.

While you are doing that, get a friend (or be the friend!) that sets up their camera on a tri-pod, and set it to take long exposures (15-20 seconds seems to work).  If you are lucky you'll end up with pictures like this: 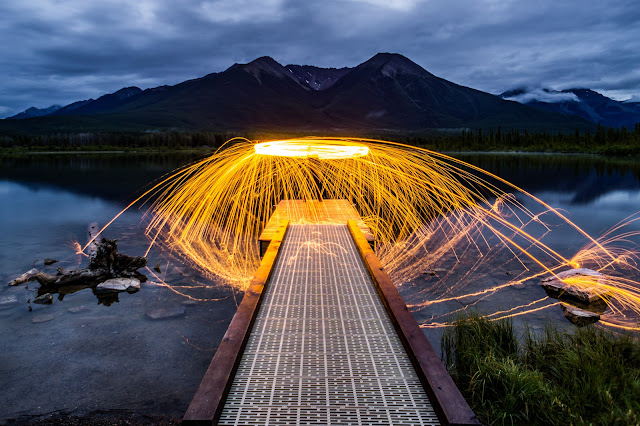 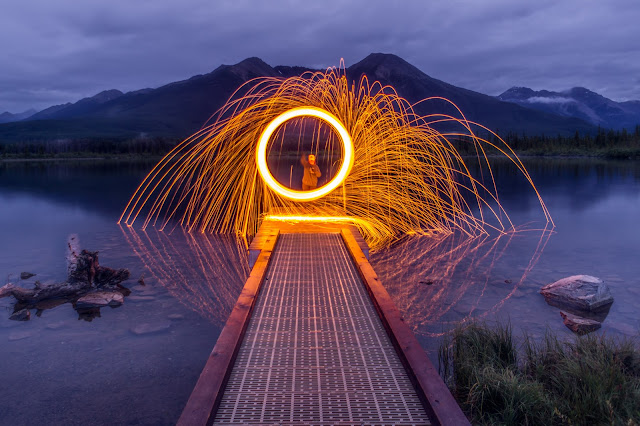 Of course there is nothing that says you can't trade places so everyone can spin, and everyone can photograph.

However while you are waiting for reloads, you can also take landscape-y shots. 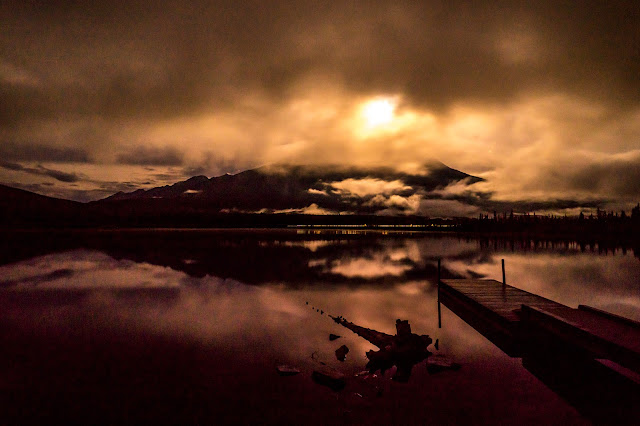 We did the spinning thing on both nights.  It is a great deal of fun.  Ms. Milks sometimes stood on the dock, and sometimes on a stump in the water.  The sparks really fly at times, so doing it where things don't burn is a handy safety tip. 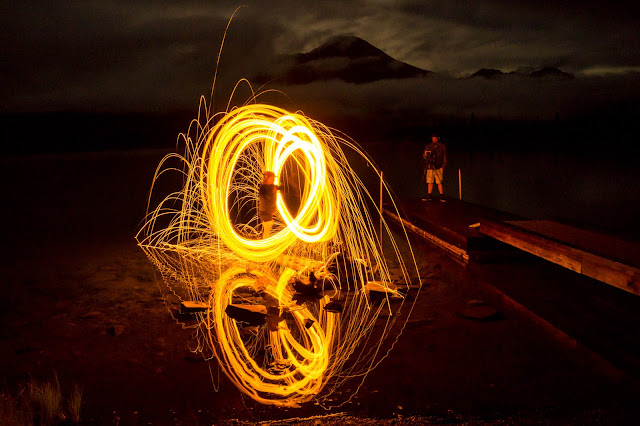 It can get pretty wild eh?  I found that the best sparks came at the end of the spinning (each spinning lasted 30-60 seconds).  Since I was near water, I tried to take advantage of its reflective properties to capture more of the spinning light.  Pro tip, there. 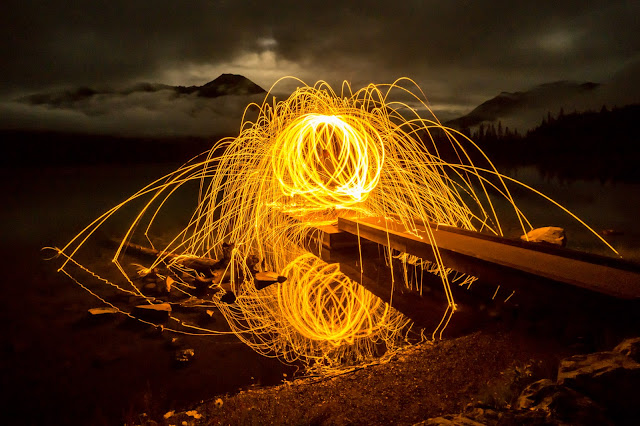 Another pro tip:  make sure you check the knot on the rope attached to the whisk... else it comes untied, and goes flying into a lake.  Don't ask how we found that out...  however it does put an end to the light spinning, so you're left with the landscapes.

We also tried some light painting with flashlights, but my shots didn't turn out so awesome, so I'm going to skip over that part.  One might think the best way to do that is to simply not mention it, and that would have been a great idea 15 seconds ago (thanks for nothing!) but its too late for that now...
See ya next time when we go off exploring a scenic waterfall...