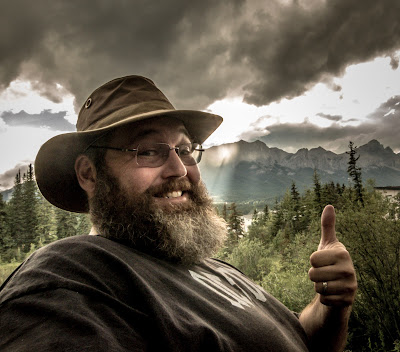 My wife and I have been on an epic road trip for 9 days now.  We started in Vancouver British Columbia, drove across the province, took at big loop through Edmonton, and have swung around to Canmore Alberta, nestled in the scenic Rocky Mountains.

The CRAM main event is about to begin.

CRAM stands for the Chrysta Rae Alberta Meetup, a meetup in the mountains of a bunch of Photo Scavengers, hanging out in Canada for a weekend.

We arrived in Canmore just in time for supper, so we hung out for the evening.

The next day we headed to Lake Louise and got our photog on. It is intense competition among the Scavengers... sometimes we even turned on each other with our cameras, like a Mexican Standoff. 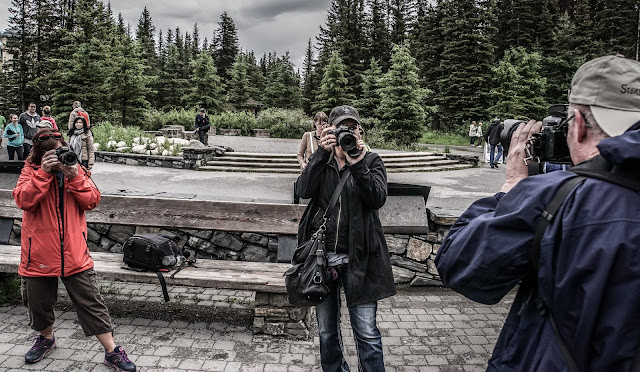 Of course, there is a lake. A pretty lake. A Louise-y lake.  Unfortunately I was armed with myself behind the camera, so I got crap pictures of the lake. 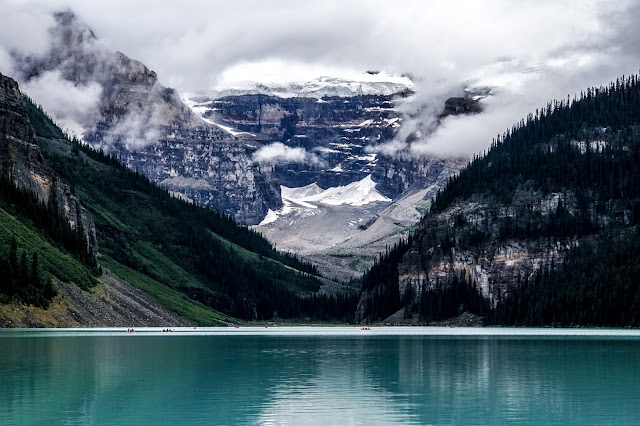 I was here at Lake Louise last year during the Great Canadian Road Trip, so I wasn't sweating getting bad photos of the lake.  I had also geocached the perimeter of the lake, so I set my sights on a cache further down the trail.

Well, up the trail.  Turns out the trail was about 2 miles one way to the cache, with a 1000ft elevation gain - but whatever.  I hiked, and got this shot of Mirror Lake as reward for my troubles. 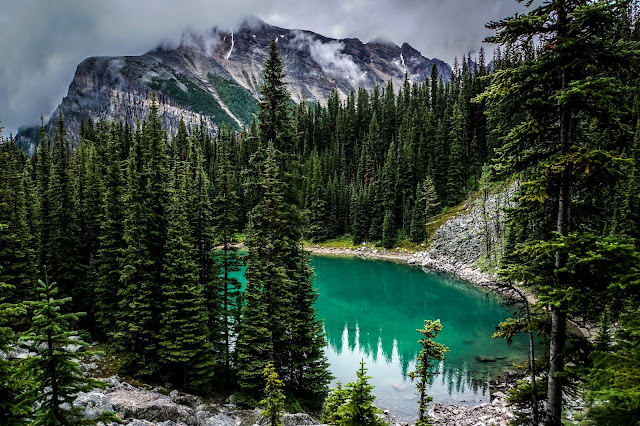 On the way back down, at the base of the trail, I noticed this rather appropriate statue. 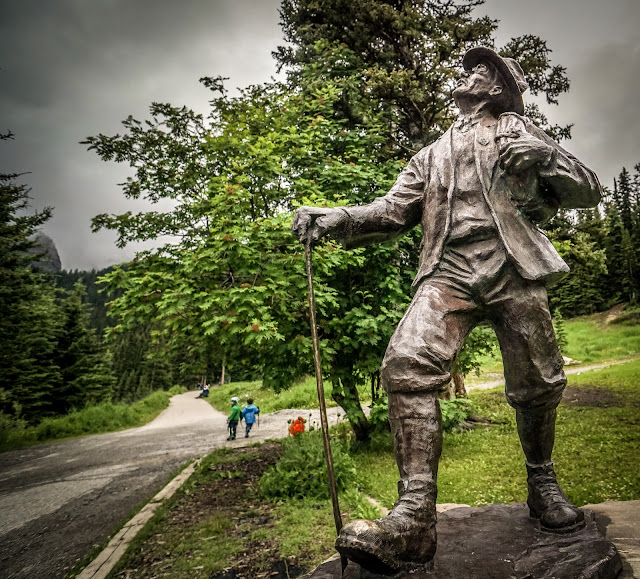 It took me a couple hours to do the hike, and when I got back everyone else had hit the nearby hotel restaurant for some luncheon vittles. 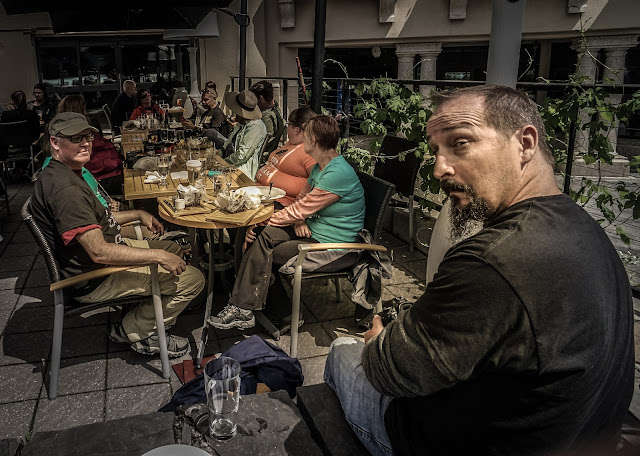 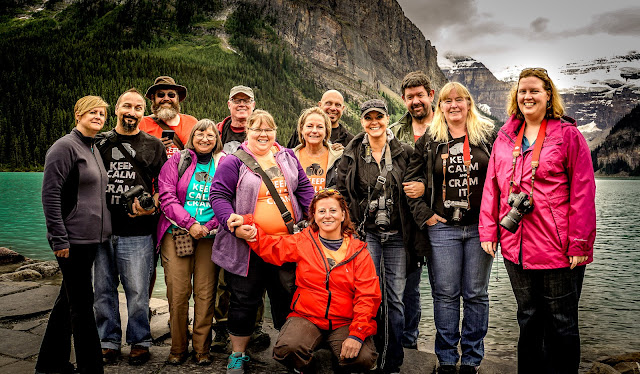 Once we were finished with Lake Louise, some of us decided to hit up nearby Lake Moraine.  Just as we arrived the skies opened up and a downpour of biblical proportions fell from the sky.

We decided to brave the rain anyway, and headed towards the lake. 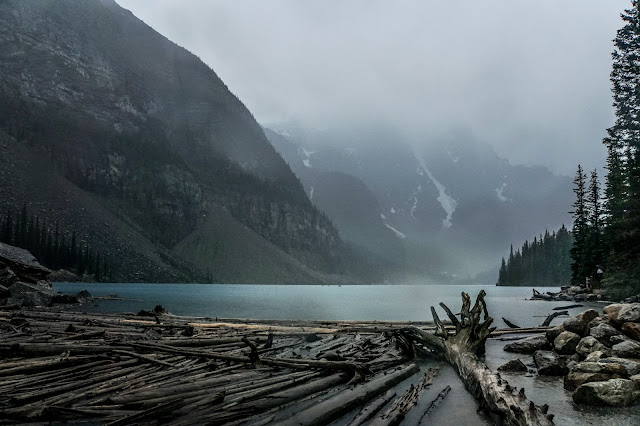 On the way home I took this photo - so much rain. The rain would be one of the constant elements of this weekend, so might as well get used to being damp. 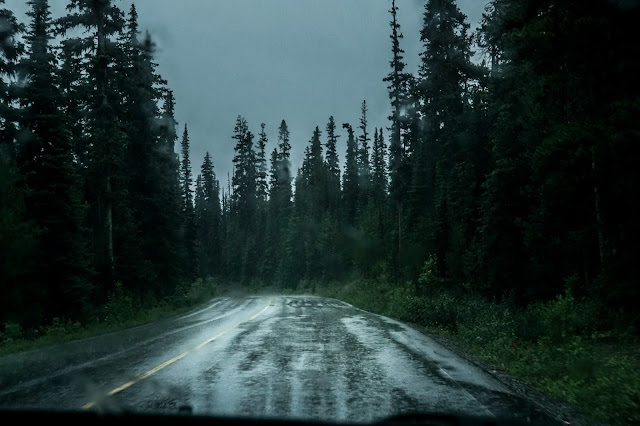 We got back to the condo's and had a delish supper.  Afterwards we watched The Holy Grail - because we're geeks.  Then a bunch of us went out again to do some night shooting.

Night shooting is awesome.  It deserves its own post.  So this one... is over.

Don't worry! The story is not over.  Stay tuned for the tales from the dark side (see what I did there? - dark, night... eh? eh? This level of hilarity continues next post!)