CRAM: The Village Of Banff-ish... Sort Of. 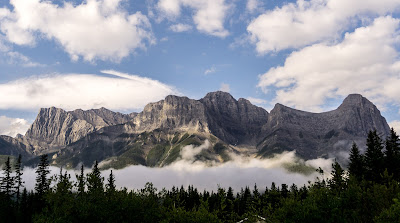 So the last full day of CRAM the weather actually started to cooperate.  There was sun!  SUN! I'm not sure I've seen the daystar for over a week... and it is here!

So, it is time to go exploring.

My wife and I headed off with an awesome couple known as the Blands, for a good wander and exploration.  We left early to avoid the tourists, cause... well... you know why by now.

So we were staying in Canmore, and headed to the village of Banff.  On the way out of town we checked out some of the scenery that was previously hiding in the clouds.

I didn't know much about the Village of Banff before I arrived. I knew it existed, and it had nice views, but thats about it.  So we started driving thru town... turns out that didn't take long.

We soon ended up at this quaint hole-in-the-wall amazeballs European looking luxury resort called Fairmont Springs.  Looked a bit like this from the road: 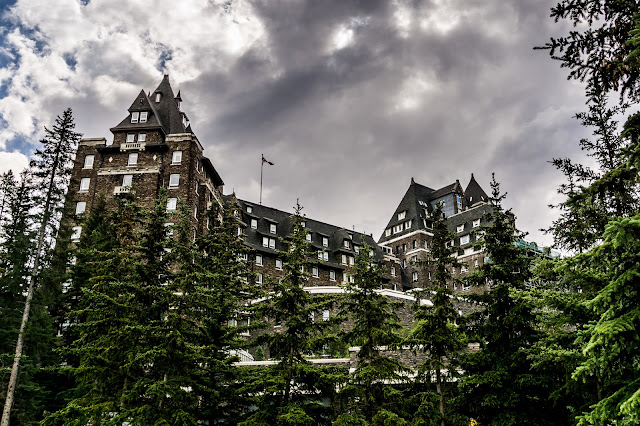 We took a wander thru the majestic stone halls, anded ended up on an expansive terrace overlooking mountains. The skylight looking peaked roof things look resplendet, do they not? 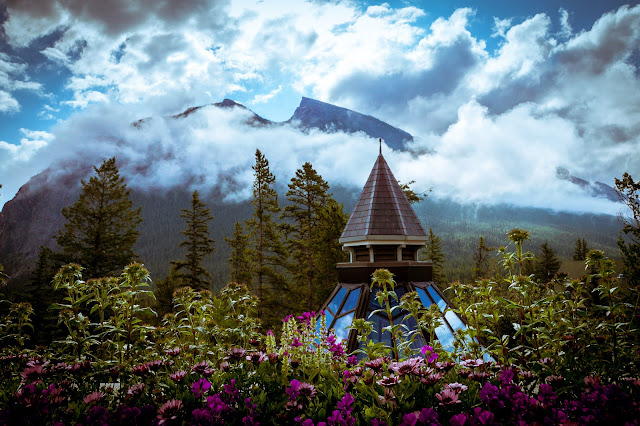 An example of some of the interior spaces.  I mean, who doesn't like a good stone staircase? 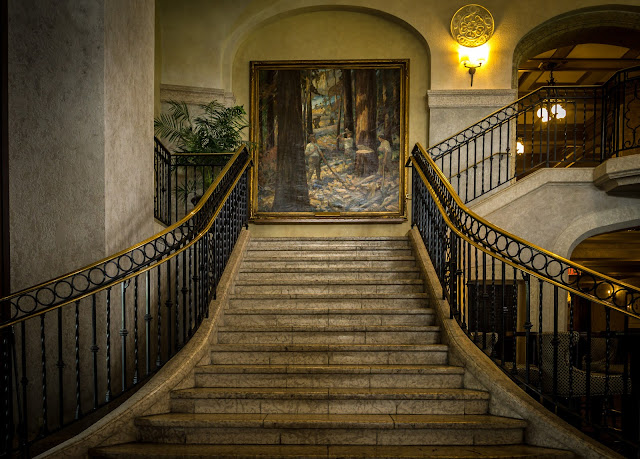 After a bit (by a bit I mean when the free parking ran out), we headed down to the village itself.  The ladies among us started to go shopping, so while they went right, the boys went left.  We went in search of a view of the Fairmont from the other side of the river.  Luckily we found it. 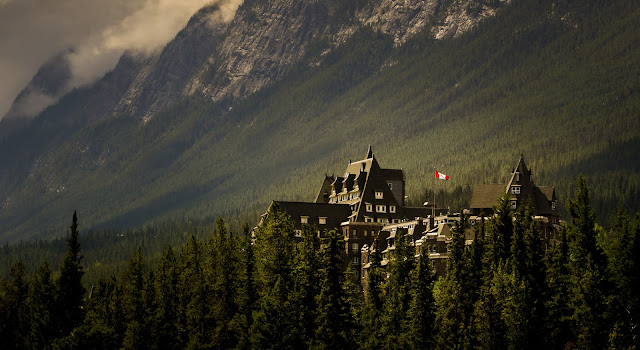 The ladies never suspected a thing.

After a bit (read: lunch - we all ate bison), we went for a drive to check out Vermillion Lakes during the day (this was the location where we went night shooting before.) 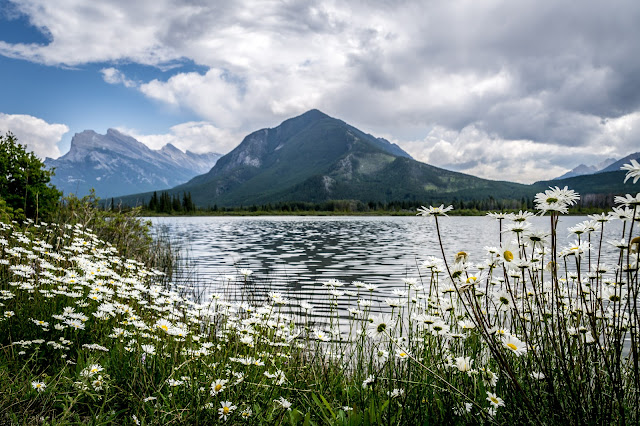 Looks remarkably different, and less fire-spinny, during the day. 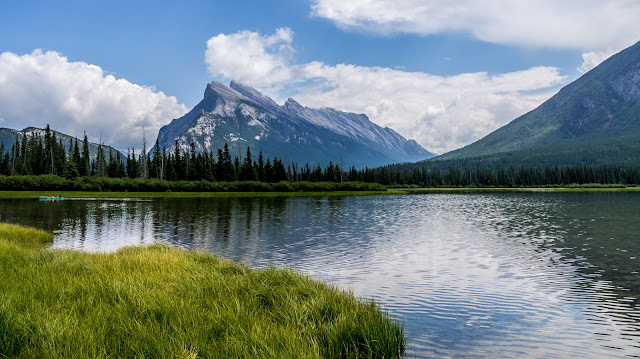 After the lakes, we decided to head in the geneal direction of Canmore, but we took a detour to Lake Minnewanka. 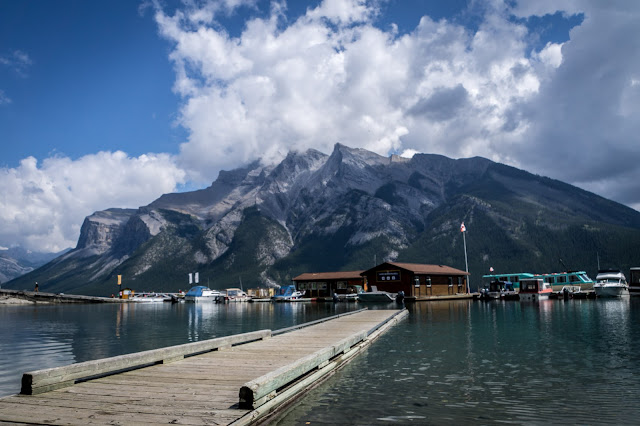 It was actually quite scenic, and I could have stayed a while, but at this time my wife (remember my wife's habits on road trips? - this will sound familiar...) was taking a nap in the car. Plus the tourists were about.  So one more photo... 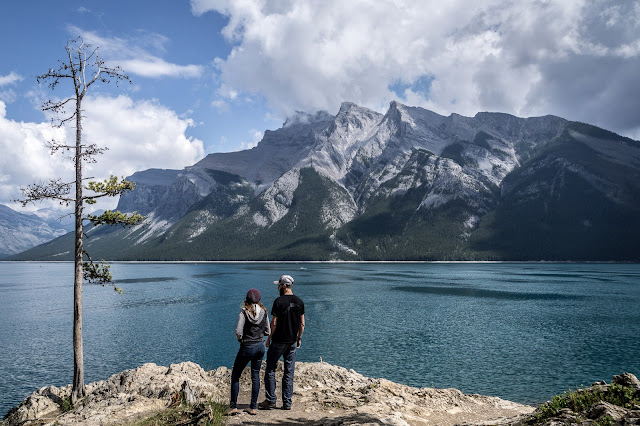 ... and its back to Canmore for one last supper.

So we're approaching the end.  Tomorrow CRAM ends, and our plans are to go to Calgary to catch a plane.  However that is too simple, isn't it?

Yes, yes it is.  Stay tuned for one more kick at the CRAM can, and see what my wife and I get up to on the final day of our adventure.