How To Melt A LEGO Minifig

For the 22nd round of the Chrysta Rae Photography Scavenger Hunt over on Google Plus, I created the following image for the word "sizzle": 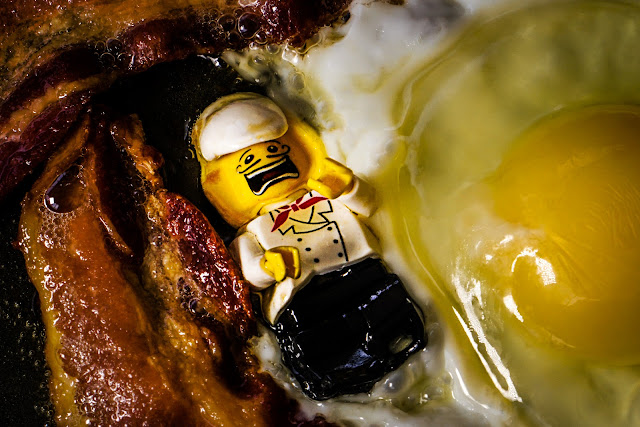 The following is a behind-the-scenes look at how I got the shot.

It is actually pretty simple.  Tho it took teamwork from the entire family.

So the setup is as follows.  I had an electric frying pan outside on my porch - this was to ensure any possible fumes from the melting plastic would vent safely.  I put a camera on a C-Stand, facing straight down.  I tethered the camera to my laptop, set on a chair safely away from the action.  A small LED light mounted on a GorillaPod provided some illumination.   I also had another camera standing by so I could take shots from different angles if the opportunity presented itself.

This image shows the basic setup during a test melt. I found it was surprisingly hard to get a minifig to melt.  LEGO is made from ABS plastic which has a melting point of 105C, which is not that hot in the grand scheme of things.  However I could barely get the minifig to melt even with the frying pan cranked to maximum.  It may be poor heat transfer, or maybe the knock-off LEGO I was using uses a different plastic.  I added some cooking oil to the mix which seemed to help. It was never as dramatic as I hoped, but with the help of a spatula, I was able to squish the soft plastic to look melty. 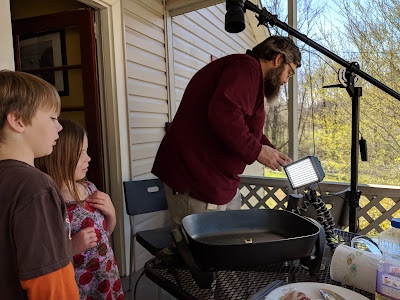 Once I got the minifigs to melt in a  satisfactory way, it was time to shoot the main image.  I had my kids man the laptop, and I worked the frying pan. My wife was standing by with the food. Once the minifig was hot enough and started to melt my wifey added in the bacon, and an egg.  After that it was just a matter of waiting for the cooking process to get to the right stage and snap the picture. 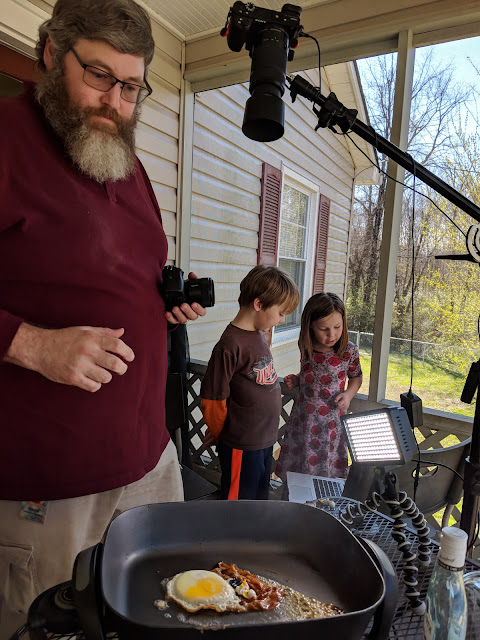 A couple people on social media commented about the smell.  There wasn't one, really.  The whole process smelt like overcooked bacon and eggs for the most part.  At one point in time we tried experimenting with adding alcohol to create some flames. That was dramatic, and created a nasty burnt rum smell, but no plastic fumes. 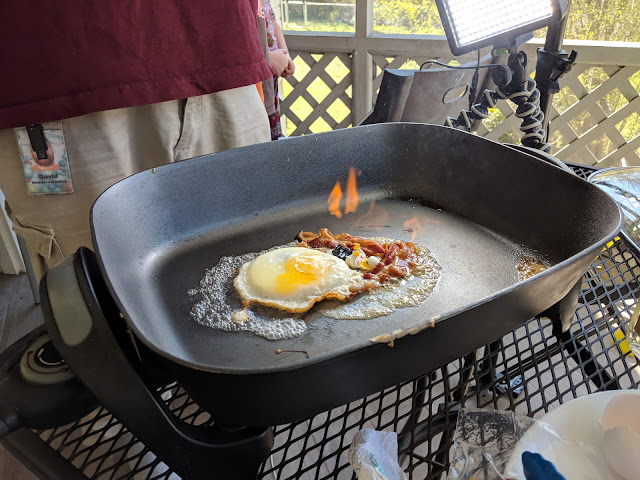 For safety reasons we didn't eat the food, which was the only real tragedy of this shoot.  The sacrifices we make for our art, eh? In this case that sacrifice was wasted bacon.

Once we were done and I had the shot I wanted,  I melted a couple more minifigs for the kids,cause thats the type of father I am: nothing but the best Chinese knock-off melted toys for my kids!

These are the results: 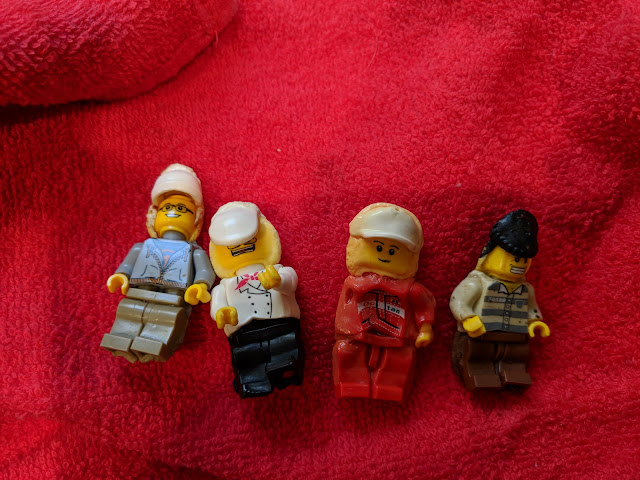 After that it was just a matter of processing the photo, which was just basic brightness/contrast adjusting, and some sharpening.

And that is now one melts a LEGO minifig.