Over on the Toy Photographers blog they have a feature called the six-image narrative.  The idea is to come up with 6 images that are tied together in some way - tell a story, processed in the same style, etc.

I got a new LEGO set, so I decided to use it to create a six image narrative of my own.  The set was an old 60s style diner, with a sidewalk outside.  I got to thinking that in any town a street corner sees a lot of people, but most are heading somewhere, and don't stick around.  So I wanted to capture vignettes of various scenes that I imagine may occur on the same street corner during a random day. 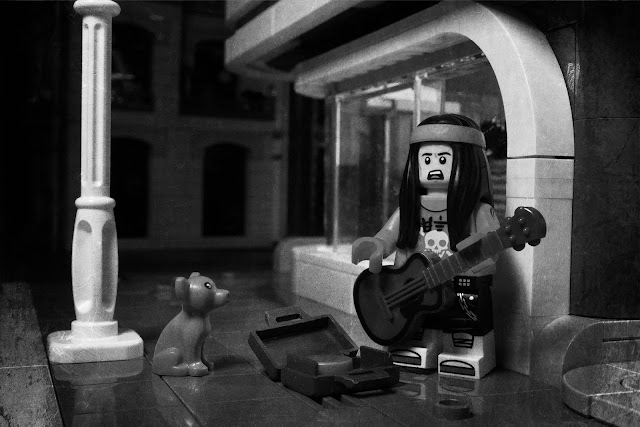 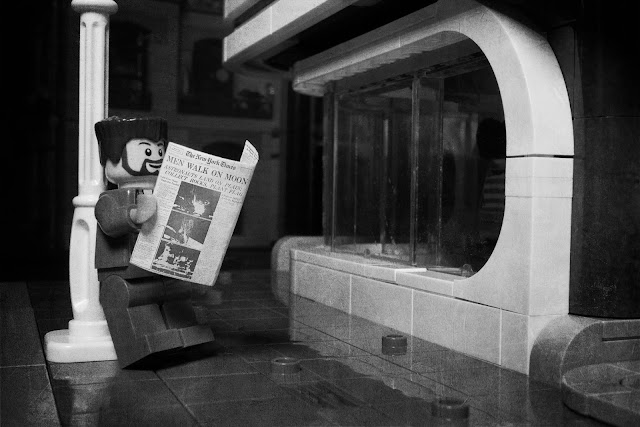 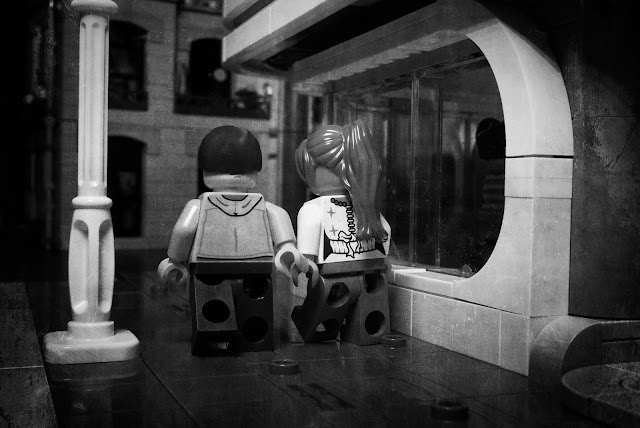 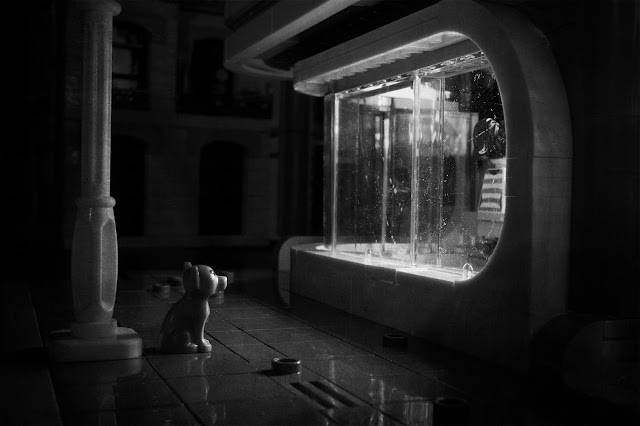 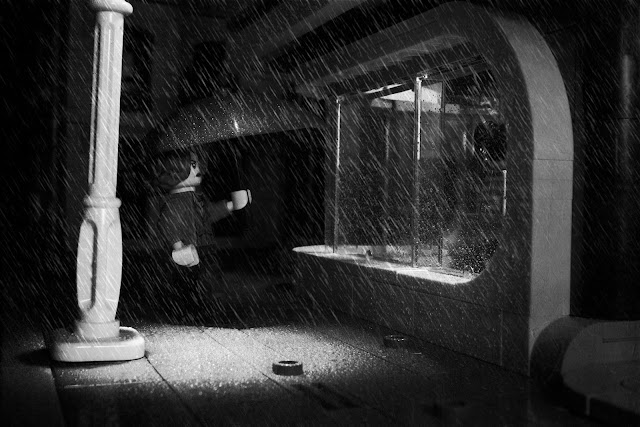 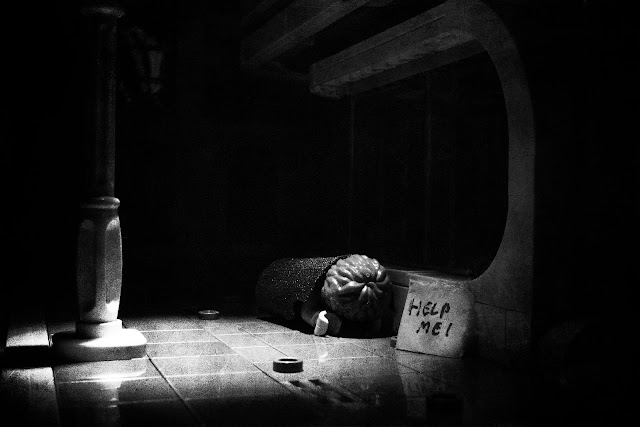